Guerrilla Networking – Keep Communicating Even When the Internet is Taken Down 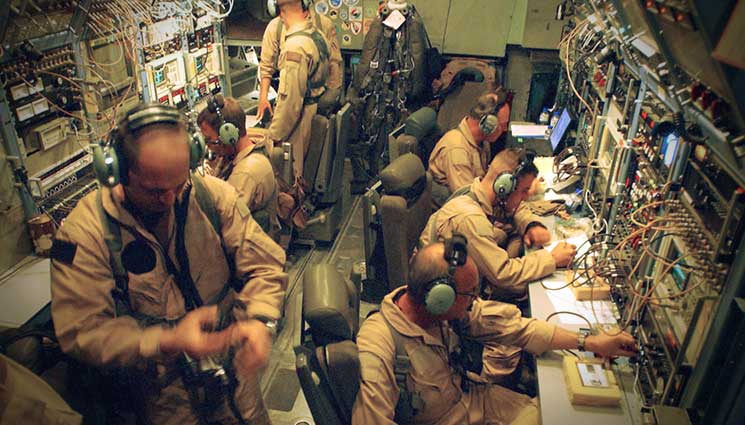 These days, no popular movement goes without an Internet presence of some kind, whether it’s organizing on Facebook or spreading the word through Twitter. And as we’ve seen in Egypt, that means that your Internet connection can be the first to go. Whether you’re trying to check in with your family, contact your friends, or simply spread the word, here are a few ways to build some basic network connectivity when you can’t rely on your cellular or land-line Internet connections.

Even if you’ve managed to find an Internet connection for yourself, it won’t be that helpful in reaching out to your fellow locals if they can’t get online to find you. If you’re trying to coordinate a group of people in your area and can’t rely on an Internet connection, cell phones, or SMS, your best bet could be a wireless mesh network of sorts–essentially, a distributed network of wireless networking devices that can all find each other and communicate with each other. Even if none of those devices have a working Internet connection, they can still find each other, which, if your network covers the city you’re in, might be all you need. At the moment, wireless mesh networking isn’t really anywhere close to market-ready, though we have seen an implementation of the 802.11s draft standard, which extends the 802.11 WI-Fi standard to include wireless mesh networking, in the One Laptop Per Child (OLPC) XO laptop.

However, a prepared guerrilla networker with a handful of PCs could make good use of Daihinia ($25, 30-day free trial), an app that piggybacks on your WI-Fi adapter driver to turn your normal ad-hoc WI-Fi network into a multihop ad-hoc network (disclaimer: we haven’t tried this ourselves yet), meaning that instead of requiring each device on the network to be within range of the original access point, you simply need to be within range of a device on the network that has Daihinia installed, effectively allowing you to add a wireless mesh layer to your ad-hoc network.

Advanced freedom fighters can set up a portal Web page on their network that explains the way the setup works, with Daihinia instructions and a local download link so they can spread the network even further. Lastly, just add a Bonjour-compatible chat client like Pidgin or iChat, and you’ll be able to talk to your neighbors across the city without needing an Internet connection.

Remember when you stashed your old modems in the closet because you thought you might need them some day? In the event of a total communications blackout–as we’re seeing in Egypt, for example–you’ll be glad you did. Older and simpler tools, like dial-up Internet or even ham radio, could still work, since these “abandoned” tech avenues aren’t being policed nearly as hard.

In order to get around the total shutdown of all of the ISPs within Egypt, several international ISPs are offering dial-up access to the Internet to get protesters online, since phone service is still operational. It’s slow, but it still works–the hard part is getting the access numbers without an Internet connection to find them.

Unfortunately, such dial-up numbers can also be fairly easily shut down by the Egyptian government, so you could also try returning to FidoNet–a distributed networking system for BBSes that was popular in the 1980s. FidoNet is limited to sending only simple text messages, and it’s slow, but it has two virtues: Users connect asynchronously, so the network traffic is harder to track, and any user can act as the server, which means that even if the government shuts down one number in the network, another one can quickly pop up to take its place.

You could also take inspiration from groups that are working to create an ad-hoc communications network into and out of Egypt using Ham Radio, since the signals are rarely tracked and extremely hard to shut down or block. Most of these efforts are still getting off the ground, but hackers are already cobbling together ways to make it a viable form of communication into and out of the country.

In the land of no Internet connection, the man with dial-up is king. Here are a few gadgets that you could use to prepare for the day they cut the lines.

Given enough time and preparation, your ham radio networks could even be adapted into your own ad-hoc network using Packet Radio, a radio communications protocol that you can use to create simple long-distance wireless networks to transfer text and other messages between computers. Packet Radio is rather slow and not particularly popular (don’t try to stream any videos with this, now), but it’s exactly the kind of networking device that would fly under the radar.

In response to the crisis in Egypt, nerds everywhere have risen to call for new and exciting tools for use in the next government-mandated shutdown. Bre Pettis, founder of the hackerspace NYC Resistor and creator of the Makerbot 3D printer, has called for “Apps for the Appocalypse,” including a quick and easy way to set up chats on a local network so you can talk with your friends and neighbors in an emergency even without access to the Internet. If his comments are any indication,  Appocalypse apps may be headed your way soon.

Tons of cool tech are also just waiting to be retrofitted for these purposes. David Dart’s Pirate Box is a one-step local network in a box originally conceived for file sharing and local P2P purposes, but it wouldn’t take much work to adapt the Pirate Box as a local networking tool able to communicate with other pirate boxes to form a compact, mobile set of local networks in the event of an Internet shutdown.

Whether you’re in Egypt or Eagle Rock, you rely on your Internet access to stay in touch with friends and family, get your news, and find information you need. (And read PCWorld, of course.) Hopefully with these apps, tools, and techniques, you won’t have to worry about anyone–even your government–keeping you from doing just that.

What do you think? Should we worry about how to communicate in the future? Do you believe the internet can be taken down?