Oxygen! Do you have everything you need? 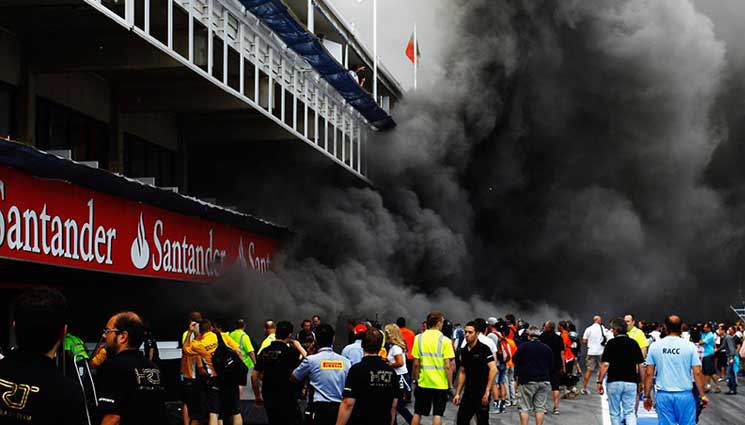 When it comes to being prepared people most often consider the basics first. Food, water and shelter are primarily the initial focus followed by preparedness for extended periods of time and extraordinary circumstances. While there are a myriad of different techniques and products to help you get prepared there might be one area that has been overlooked.

The human body can live for weeks without food and for days without water but it will die within minutes without oxygen. Similarly, poor air quality or deliberately tainted air can cause serious and irreversible medical conditions in a very short period of time. Part of being prepared is anticipating the type of environments that will result from calamity and disaster.

We can almost guarantee the presence of fire in any emergency disaster situation whether intentionally lit or a byproduct of natural circumstances. According the medical industry burns from fire are less likely to cause harm or death than the smoke from the fire. “The number one cause of death related to fires is smoke inhalation. An estimated 50-80% of fire deaths are the result of smoke inhalation injuries rather than burns.”

Just being in the path of smoke can be extremely harmful to you or your family. Often in third world situations people burn their debris as a way to dispose of it. “Natural disasters, such as hurricanes and floods, can leave a lot of debris. Some of this debris may be burned during cleanup. Smoke from these outdoor fires is unhealthy for you to breathe.”

Another area to consider is the presence of particulates in the air. “Particulate matter,” also known as particle pollution or PM, is a complex mixture of extremely small particles and liquid droplets. Particle pollution is made up of a number of components, including acids (such as nitrates and sulfates), organic chemicals, metals, and soil or dust particles (EPA, 2013).” In the event of natural disaster or explosions in urban areas dust, building material and other organic materials fill the air hurting the air quality and restricting normal breathing.

Further, the presence and reality of chemical weapons is not to be overlooked. Chemical weapons can be anything from tear gas, used to flush people out, to more hazardous chemical airborne compounds that cause everything from serious nervous system damage to death. Chemical weapons are defined as “any of several chemical compounds, usually toxic agents, that are intended to kill, injure, or incapacitate enemy personnel.”

There are several arguments for and against having a supply of oxygen on hand for preparedness reasons. The obvious argument against is that oxygen is readily available in the air we breathe currently. Outside air contains approximately 21% oxygen and is sufficient for keeping the human body alive and working. Similarly, oxygen equipment, such as tanks and generators, are not easy to store or transport and are often fixed to a single location.

“We know that the air quality can be easily compromised in the event of disaster”, says Matt Michalak Co-founder of O2 Naked Air, LLC. a California based canned oxygen company. “The idea that you should have a supply of readily available, portable clean air is common sense to anyone who has been in an emergency, disaster or tactical situations.”

O2 Naked Air has enriched oxygen to 95%, almost five times more than the air outside, and put it into small, lightweight cans. Each can has about 30 breaths and the oxygen is completely free of any particulates or pollution.

“Our product was intended first for athletes and wellness minded people. However, we have seen a huge interest from the survivalist community because of how convenient and useful the product is in such situations.” Says Michalak.

Indeed, portable oxygen could make a world of difference in emergency situations. Canned oxygen could give the user the ability to manage their way through a smoke filled area, be administered to survivors stuck under rubble, allow for needed oxygen in high altitude and it can be an excellent aid to those in need of fresh oxygen after an event.

“When bugging out with a 60 lbs ruck pack I could definitely see needing a supply of o2,” Says Ethan Keeshan, a former Army infantryman, “I would definitely use it when there is no time to stop and catch my breath.”

While O2 Naked Air is the first of its kind in small portable applications there are other larger products that can help in situations where oxygen will be needed.

The simple fact is that oxygen, offered in a way that can be stored, easily accessed and portable, is something to consider adding to any supply list that you might have. Whether you are preparing for natural disaster, economic collapse or government overreach, oxygen can be an extremely useful substance and a necessary tool in providing needed moments to get into a more advantageous position.

Editors Note: O2 Naked Air is a sponsor of The Prepper Journal.

And don’t buy Medical O2 tanks at a Medical Supply. You can buy compressed O2 at Tractor Supply and Feed Stores much cheaper.