Will They Target You Next? 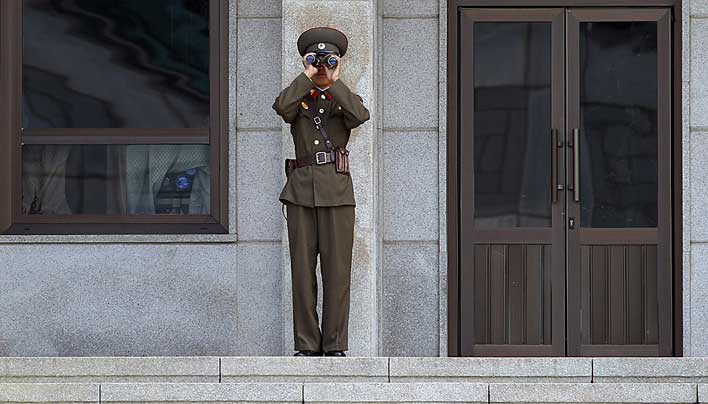 Reading the recent headlines about the revelations that the IRS has been targeting conservative and Tea Party groups and that the Department of Justice has been caught tapping the phone lines of the Associated Press, I find myself in a state of shock. Is this disbelief because I had some rosy-eyed view of wrong and right? Is the sting of this sadness at a form of betrayal? No. I am shocked because I am honestly not surprised. What is worse is from what I have seen and heard out there, the only people who are surprised are the media. What does this mean for our country?

Amid the entire outcry I do find it a little humorous that people are worried about the AP and there has been at least one story about how they are holding up during this trying time. In an article from Politico yesterday they say:

“People are ticked,” said another. “Everyone supports the reporters involved.”

The behind-the-scenes anger — and heads-down determination of the AP staff members to keep doing their jobs amid the extraordinary public flap — comes as top executives from the wire service have mounted an aggressive public pushback against DOJ, calling its snooping a “massive and unprecedented intrusion” in a letter fired off to Attorney General Eric Holder. And yet something of a bunkerlike atmosphere has taken hold at the AP in Washington with no bureau-wide meetings or announcements about the DOJ’s action, AP sources told POLITICO.

I am not trying to make light of what happened, but this is hardly worthy of a ton of sympathy in my opinion. What about the rights of real people who are on the receiving end of a “massive and unprecedented intrusion” by the government every day? Where is the “bunkerlike” mentality for the rest of the world?

When people stop becoming shocked at the abuses from their governments and the quickening loss of liberties, that is when you realize how close to the proverbial cliff we are. When news like these two stories generates less buzz than the shake-up with American Idol, we should all collectively slap our faces 3 times and yell “Snap Out Of It”!

What this did start me to think about though was what’s next for our country? If this latest scandalous incident ends like most others, with a sweeping under the rug statement, theatrical hearings on the Hill and promises to “do better” all the while trying to convince us that some of this “was necessary” to keep us safe – what new paradigm should we expect to live under and what can we do about it?

These latest two incidents highlight a very troubling trend. What we now know was the focus at least initially was the Tea Party or anyone associated with a group that held some expectation that Government should live up to the promises and limitations of the Constitution. This could logically extend to anyone who is fed up with the people in power over them whoever that may be at any given cycle. We’ll just call them the opposition. So the IRS doesn’t like the opposition now, but in the future the opposition could be just about anyone. Do you like Ron Paul? Do you like to raise chickens? Are you against any of the wars we are in? Do you have issues with our foreign policy? Do you question anything they tell you? Do you not want your children eating GMO food?

Maybe limiting this to the IRS is not thinking correctly. We should assume that this was directed or at least sanctioned from above so let’s just say the government. I understand the IRS is the government, but it’s easy to just say that one bad branch was the cause of this and I don’t believe that is likely. What if the government views you as the opposition? Extend this to state and local governments. What if like so many people have already said, our Governments view any opposition to them as a threat that must be monitored, marginalized, penalized and ultimately dealt with?

The people you hang out with on Facebook, your emails, the movies you watch, the charities that you give to could all be used to target you for scrutiny. We already know that anything you do online or via cell phone is being monitored by the government.

Many Americans may not realize this, but nothing that you do on your cell phone or on the Internet will ever be private again. According to the Washington Post, the NSA intercepts and stores an astounding amount of information every single day.

Every day, collection systems at the National Security Agency intercept and store 1.7 billion e-mails, phone calls and other types of communications. The NSA sorts a fraction of those into 70 separate databases.

But even the Washington Post may not have been aware of the full scope of the surveillance. In fact, National Security Agency whistleblower William Binney claims that the NSA has collected “20 trillion transactions” involving U.S. citizens

Why stop at groups trying to claim tax-exempt status. Why don’t we target any American who has any activity we don’t like? Who says they aren’t doing this already?

What should we do about it?

I wrote a post last month titled, “If there is no place left to hide: why bother hiding” in which I posited that we are already living under a huge cloud of data non-security and that we don’t have any real concept of privacy anymore. You may recall that the Bureau of Alcohol Tobacco and Firearms was seeking bids to create yet another massive database. What did they want to track?

A recent solicitation from the Bureau of Alcohol, Tobacco and Firearms (ATF) reveals that the agency is seeking a “massive” online database capable of pulling up individuals’ personal information, connections and associates.

On March 28, ATF posted the notice on FedBizOpps.gov, entitled “Investigative System.”  The solicitation was updated on April 5 with a few minor changes.

The document says that the system will be utilized by staff “to provide rapid searches on various entities for example; names, telephone numbers, utility data and reverse phone look-ups, as a means to assist with investigations, and background research on people, assets and businesses.”

The system is described as a “massive online data repository system that contains a wide variety of data sources both historically and current that can be utilized in support of investigations and backgrounds.”

“Connections and Associates”. That means all your friends, relatives, ex-girlfriends, neighbors, soccer coaches, etc. So, effectively all privacy is dead with respect to the government. You may be able to keep parts of your life secret from your neighbor, but Big Sis is going to know. You aren’t safe from the government knowing what you are doing unless you are living on a remote deserted island in a hut with no running water or electricity with zero outside contacts to the rest of the world. Oh, I forgot, they will just fly a drone over your head to watch you if that is the case. If you are really sketchy, boom! Nice knowing you.

So to continue with that theme, what can we do? I say that we keep on doing what we have been. There is no way to fight this using the tools that they have chosen- technology. You aren’t going to be able to scramble your cell phone, or prevent it from recording and sending your precise location at all times. The only way you can prevent them from knowing what you say is to not say anything and not go anywhere and not get on the internet. I think that is part of their goal.

I say that we have to double and triple our efforts to show how insane this is, to fight against this tyranny and to wake others up to reality. Hopefully, this will be just another example we can point to in conversations with friends loved ones and maybe even enemies to illustrate exactly what we have been warning them about for years. Maybe this time we will gain new converts and there will be a larger outcry to the powers that be. Maybe nothing will happen and we will go back to the way it was with the chains around our necks just a little tighter and the hand holding the other end just a little stronger.