If You Are Going to Die; At Least Look Sexy! 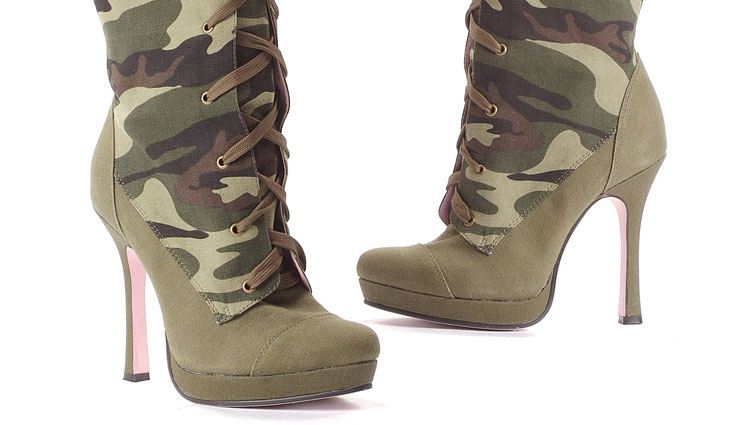 A week after women were cleared to serve in combat, perhaps that isn’t the exact message, but an article in the US News today highlighted a discussion at the DIA (Defense Intelligence Agency) where Men and women were given fashion advice that could be construed differently. In a presentation prepared by an employee at the agency, a speaker was discussing the following “tips” for their audience.

“Makeup makes you more attractive.” “Don’t be a plain Jane.” “A sweater with a skirt is better than a sweater with slacks.” “No flats.” “Paint your nails.” “Don’t be afraid of color.” And, “brunettes have more leeway with vibrant colors than blondes or redheads.”

Who can argue with that logic? Not me. I personally like a little makeup on women most of the time and Flats? I hate those. I would rather see someone in camouflage wearing 4 inch heels. But I have to disagree on the vibrant colors only working well with Brunettes. I mean, that is just wrong!

So who are the mental geniuses at the DIA you ask? From their website.

OK, so these are the brainiacs who have an active role and may be involved with getting us into or keeping alive these non-stop wars and who possibly had a hand in the new Women in Combat debacle.

Susan Strednansky, public affairs officer at DIA, offered the agency’s regrets about the briefing, which raised eyebrows among some employees, saying, “I’m not going to deny that it exists, and it was bad. It was inappropriate for sure.”