The Crovel – Multi-Tool for the Prepper who has everything 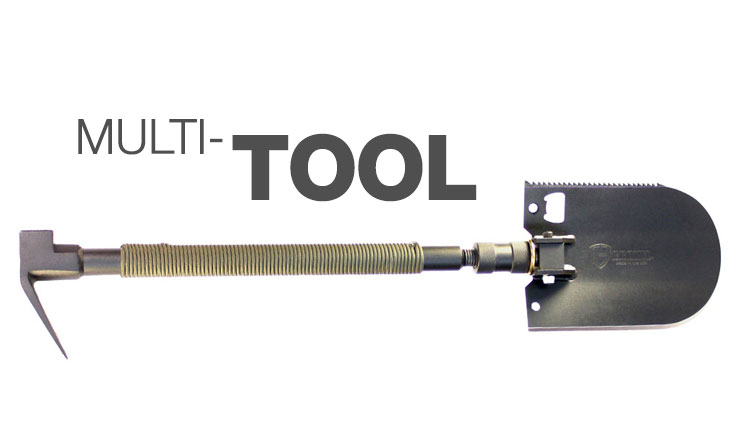 For those of you who are maybe living in an occupied portion of America (New York, Chicago, Illinois) and don’t have as many options for protection when SHTF, there is the Crovel. The Crovel (part crowbar, part shovel) is an invention by Tim Ralston and sells for $109. But wait there’s more! The Crovel has 11 other tools besides the main shovel and crowbar. It has an axe and saw blades on opposite sides of the shovelhead, a hammer, “zombie spikes,”. What no can opener?

This is what Ralston’s customers demand. They don’t just want a shovel with a crowbar, they want a shovel that can kill somebody. He sells to “preppers” — people preparing for The End of the World As We Know It (T.E.O.T.W.A.W.K.I. in prepper parlance). Preppers have two defining characteristics: They’re afraid, (TPJ: I prefer concerned) and they’re doing something about it. It’s a subculture that’s rapidly entering the mainstream, emblematic of a country casting about for its role in an age where the United States is less powerful and more insecure. The Crovel is made of power and security.

Preppers include everyone from paranoid conspiracy theorists to suburban moms; anyone, really, who’s assuaging their nerves by having a backup plan. Those plans almost always take into account what happens if, in the face of disaster, society splinters apart instead of comes together. What happens when the survivors turn desperate; what happens when you have to provide for and defend your family?

I ask Ralston if he’s ever used the Crovel against somebody as a weapon. No, but, “You always have those thoughts,”

As I said last night in my twitter feed #prepperjournal This is going on my next Christmas List.