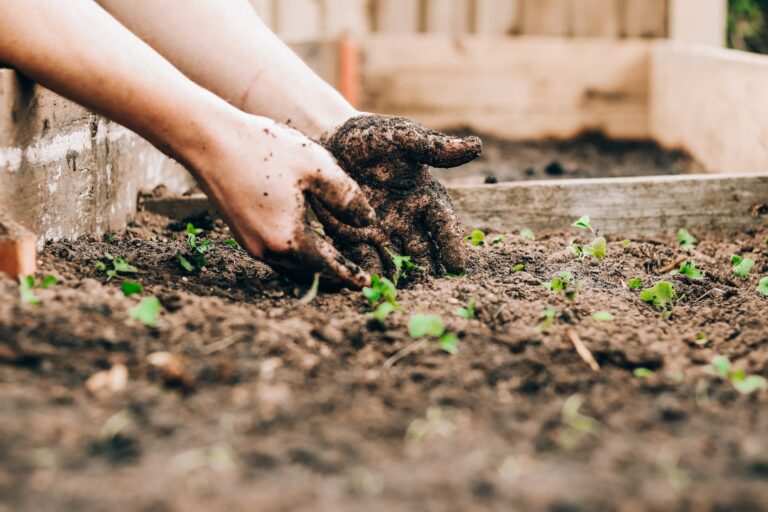 War.  Famine.  Food and water shortages. Supply breakdowns.  The list goes on and on as the mainstream news and social media serve the masses a steady diet of fear and impending doom.  However, every dark cloud has a silver lining or two as well.  After the Covid lockdowns, there seem to be at least two good things that came out of those crazy times.

First, most sane, and situationally aware people began to realize how fragile the just-in-time food delivery system was.  Second, people took matters into their own hands and started planning/planting their own victory gardens.  Many new and seasoned homesteaders, preppers, and survivalists alike saw the writing on the wall during these dark days and they either began growing their own crops or beefed up their current garden.

One of the most satisfying feelings in prepping is picking your own freshly grown fruits and vegetables. To get to that point, we all had to go through the education process.  Everything from questioning whether you would plant in containers and raised beds to using grow bags for some crops and planting directly in the ground for others was part of the learning curve.  There were other issues to consider as well such as how many rain barrels would be needed if the grid went down and how to maximize that collected rainwater through a drip irrigation system.  You may have even calculated, or at least considered, how high you wanted the chicken wire fence to go to keep the four-legged creatures out.

Perhaps there was planning for the logistical placement of the crops in your field, yard, sunroom, or even your balcony to ensure your plants received the right amount of sunlight. Let us not forget the actual harvesting. You needed to decide if you would pick your crops and can them for long-term storage, or just freeze everything and vacuum seal it for a rainy day.  In other words, gardening is not as easy as just throwing some seeds in the dirt.  There is a tremendous amount of planning that goes into reaping what you have sown.

Then there are the bugs…

Entomology is the study of insects.  Most hardcore preppers might be thinking right now, “I’ve got way too much to do than studying up on bugs as a tertiary prepping skill”.  And that’s where you might just regret that decision.  At the end of the day when you drift off to sleep knowing you have a tight OPSEC (Operations Security) plan for your home, there is a war being waged while you slumber.  If you are thinking about planting or are already growing your own garden, it can quickly be ravaged by an army of veracious insects if you have not planned properly. These six + legged miniature demon seeds can wreak havoc on even the best laid out garden plan if you do not include a proper attack strategy.  This attack strategy is Garden OPSEC.  This is basically learning how to build your own miniature private army of ruthless and hungry combatants!  If you can slowly learn this tertiary prepper skill, you will become more of an asset to your prepper group, tribe, or family, and you will not have to share your bumper crop with a tiny and destructive enemy.

After watching the news all year of potential water and food shortages, you decide it would be best to double the size of your garden as a preventative measure for next year.  The fall is coming, and things are not looking great economically or politically.  You take the initiative and formulate a solid plan for spring planting next year by using some online software. After testing the PH levels of your soil, you decide to grow four new crops. You have the space, and you purchase all the heirloom seeds necessary to turn your dream into a reality.  But there is one tiny thing you failed to prepare for and that is the flying, crawling, hopping, buzzing army of insects that want to devour that food just as much as you.  Once you plant those crops, all bets are off because be rest assured, you will have some uninvited guests come to dine indefinitely if you do not plan accordingly.

The scenario above is very common with gardeners who are just starting out and even seasoned veterans.  But there is hope!  Here are some suggestions to help you stay ahead of the curve.

In all seriousness, Garden OPSEC is a Tertiary Prepper Skill you will want to incorporate into your prepper plan immediately.  With the current food supply shortages and fall quickly approaching, having a solid game plan before spring is crucial as most of us can still purchase products without a tremendous number of issues.  That can all easily and rapidly change by late fall and/or winter so try to get ahead of the curve now if you can.