The Pros and Cons of Raised Garden Beds 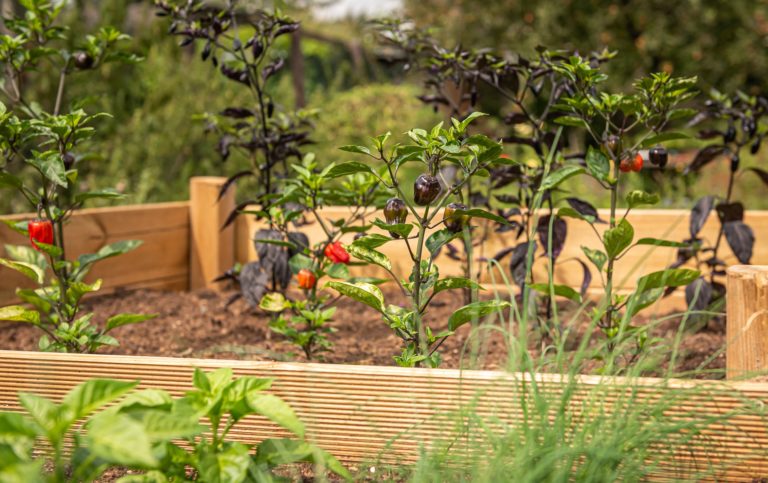 Before we get started, I want to say that I’m a huge fan of permanent and raised garden beds. They don’t need any exaggerations to be an incredible gardening method, but sometimes that’s exactly what we run into. People start touting the benefits of raised garden beds and end up airing overeager and possibly even unwitting exaggerations.

There are actually only a couple of benefits specific to raised garden beds, even versus till systems.

Reduced soil care & maintenance – It applies to any permanent bed: Less area is being as actively worked than a full plot even if we’re essentially tilling our soil. Too, even when we feel we must churn our beds with our rakes and clawed cultivators, that “tilling” is regularly just scuffing the top 2-4” (“shallow cultivation”).

Healthier soil structure and composition – It’s a biggie, although other no-till systems also reap the benefits that come from active, living soils. However, both raised beds and container gardens are still at risk of soil compaction depending on soil fill, planting, and mulching practices.

Some of these claimed raised garden bed benefits rely on specific types of bounded bed construction and specific soil fill. Some of them are actually a management practice, with no difference in that practice’s contribution between raised beds, other permanent beds, or tilled-plot systems.

They do, but how much varies greatly. Beds that are only 4-9” tall aren’t saving backs all that much.

It depends on height again. It only takes 8-12” to discourage some critters. However, kids’ soccer balls, rodents, and rodent-chasing terriers, and Labrador tails are still threats even at 16-24”, slugs don’t care how high you go, and unless it’s lined, mole/shrew invasions are still an issue.

Claim – “You only have to amend/fertilize the beds, not a whole plot.”

Fertilizing is based entirely on what we use for fertilizer – finished compost that gets spread across planting spaces or the whole bed/plot, permanent or seasonal/annual composting trenches or tubes, or granules and liquids (or coffee grounds) that are typically applied directly to or around plants, not broadcast.

Amending is only an advantage over tilled plots where the entire garden area is tilled, versus permanent ground-level beds or growers who only till strips with paths between them. 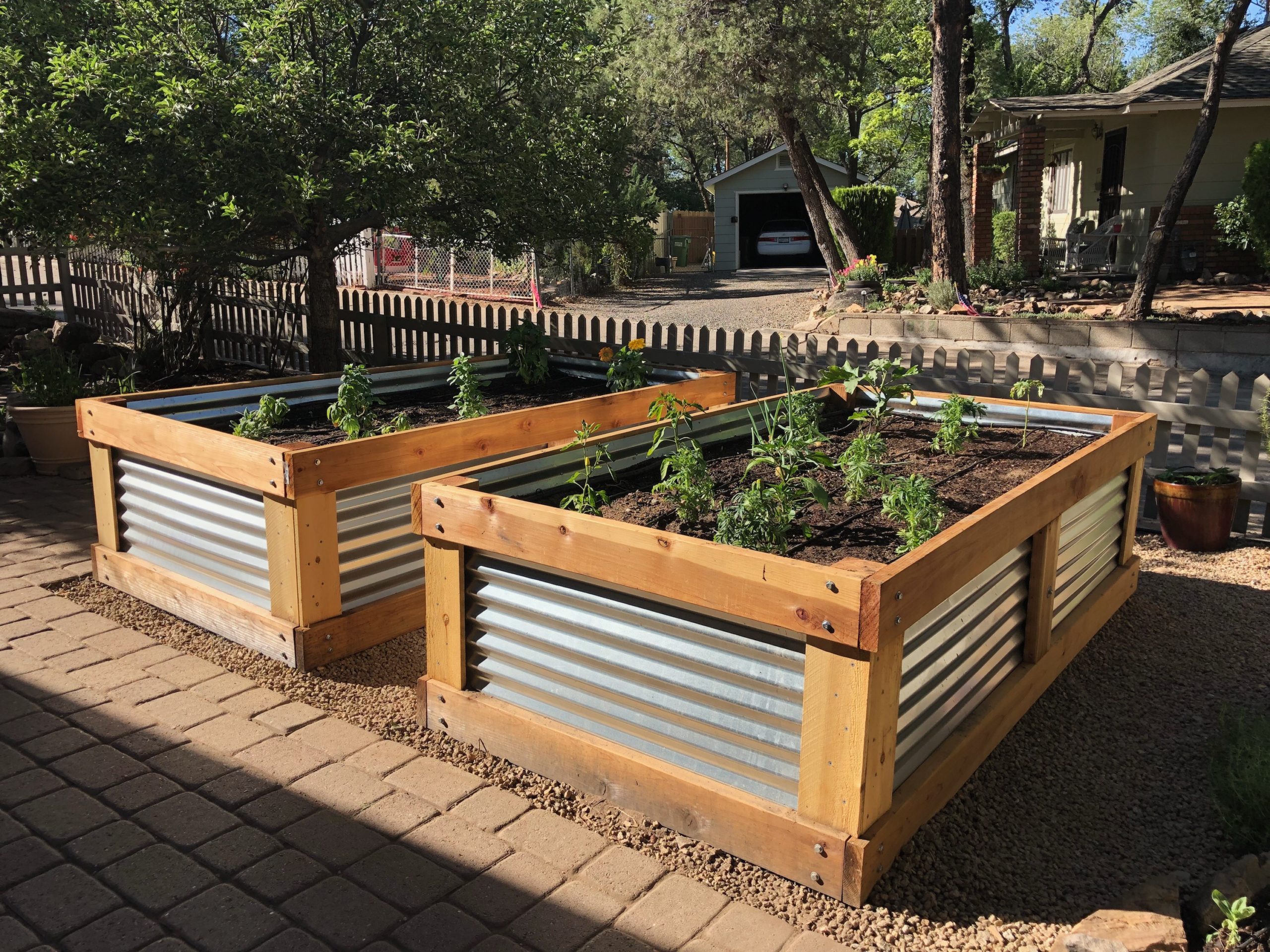 Claim – “Less water gets used irrigating because you’re not watering a whole plot, just the beds/plants.”

Nope. I can move around with a hose, fill ollas, or lay drip lines exactly where the plants are for tilled rows and in-ground beds, too, and I see as many people whose sprinklers wastewater on pathways with raised beds as with tilled-row gardens.

Claim – “Less water gets used with raised garden beds because it doesn’t run off.”

Total nope. Cover crops, mulch, drip lines, and applying compost can negate the irrigation-runoff issues that get attributed to tilled gardens.  Actually, Raised beds and containers are more likely to need to be watered if they have bottoms roots that can’t penetrate, especially when they’re densely planted and aren’t mulched and-or olla-irrigated.

That doesn’t mean more water use, necessarily (although water conservation has as much to do with other practices than raised garden beds vs. tilled plots). Most raised beds just aren’t deep enough to keep dense plantings happy. The soil only holds so much at a time, so we have to water more often.

It depends entirely on soil source and construction. If the bed doesn’t have a weed barrier at the bottom, weeds will readily grow through 6-12” of soil. Once weeds have started – blown-in, from below, or preexisting in the soil – it’s just as much work to remove them.

Only if your raised bed was built with infrastructure for it. Otherwise, raised bed, permanent ground-level bed, or recently-tilled plot row, I’m doing the same work.

*There are some cheats/hacks that make it faster and easier for in-ground beds and tilled plots, too.

Combo, because the answer is the same: It does, although height factors in there, too. Elevated soil beds warm up and dry out faster (which can admittedly be a draw or loss instead of a win). However, I can push a tiller or tow an ATV attachment that lets me mound beds to warm and drain earlier, too.  Fleece and plastic covers usually have an equal or greater impact on season extension.

Psst … If you do deal with a lot of sand or have a high-heat environment, try a shallow plastic lining and-or use an African keyhole, lasagna garden, or hügelkultur fill layers like tree limbs, cardboard, and leaves. They’ll all hold and slow water to give plants more chance at it, but let excess pass through.

Nope. Big Ag to backyards, we can till and create the same 30-36” or 40-48” bed surface, fertilize that area just as heavily, and use the same congestion planting that produces more plants per square foot.

Same deal: It’s also readily possible in ground-level beds and till systems. I can even do it full mech … in a single pass down each bed, even, with the right equipment. It takes only an extra 2-15 minutes to fill each hopper with a different seed and adjust the drill or drop seeder plates to plant them at their individual density and depths.

With planning, I can even do mid-season replanting around/through the companions, keeping those in place for the full run of my rotations, from beets and cabbage through tomatoes and squash and back to kale and spinach.

There’s also a couple of “cons” passed around as all-time gospel about raised beds, too, compared to digging a garden out of the backyard dirt. Usually, it’s that “Raised beds are costly/time consuming to set up compared to tilled gardens” and “They’re costly to fill.”

They can be. They don’t have to be. We can do an elevated raised bed that we mound up out of the surrounding soil, unbounded. (It’ll grow in elevation as we add mulches, compost, and mow/crimp cover crops.)

Admittedly, unbounded beds slope at the sides, so we have to be careful as we plant/weed near edges and they’ll need periodic shaping, even a couple of times per season if we grow with high turnover or have lots of hard rains.

*If we want “pretty” or need the boundary, we can use free materials like pallets or even raw branches and logs for bounded beds. Time goes up. Costs don’t.

I am actually a fan of raised garden beds.

I even believe in raised and permanent beds for mid-and large-scale vegetables and some calorie-crop production. However, I also believe in honest assessments.

Too, when we inflate things, they’re easy to pop. Once popped, people are less likely to believe any of the “rest” about that thing or from that source. It’s human nature, and healthy skepticism is justified at that point.

This article wasn’t inspired by the fact that raised beds don’t need the exaggerations to be valuable and viable, though. All the ways we can reap the same benefits, with any production method, at any scale was.

Especially combined, those practices help us get the most out of our space and resources, regardless of whether we apply them to long, skinny boxes or mounds of elevated soil, or churn whole squares with a tiller or plow. End of Days or daily life, that’s huge, too.