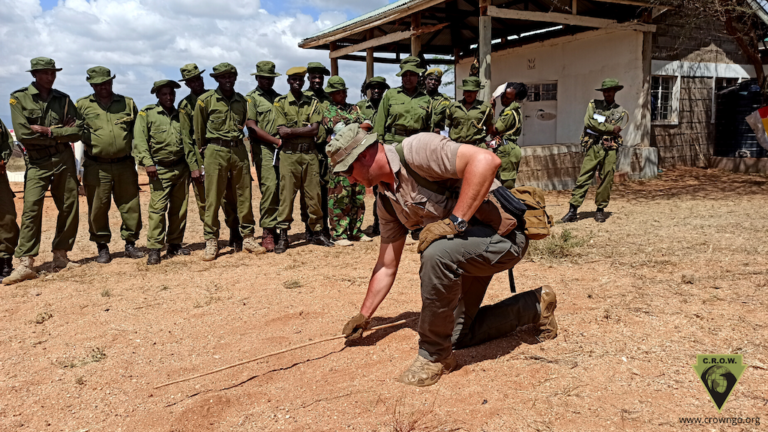 A day in the life of Anti-poaching (APU) Rangers

Editor’s Note: Another in a series of articles on man-tracking and its utility in prepping as well as conservation, by guest author Kyt Walken

Anti-Poaching Units fight to protect wildlife from those who would kill endangered or protected animals to satisfy commercial demand for animal parts.

Given their location and unique circumstances, activities carried out by various APU are diverse, and include prevention, deterrence, and operational intervention, and there are others. These are just some of the methods used.

The initial employment of microchips pierced inside the horns of the rhinos are intended to monitor the specimens and capture of the poachers, and hopefully acts as a deterrent for the poachers if they know the animal and it is being tracked.

Occasionally, the preventive cutting of the horn without causing any harm to the animal is useful for research and removes the incentive for poachers to kill the animal.

This technique, however, has been found ineffective since the poachers, after following an animal’s tracks, won’t hesitate to shoot it.

In addition, perimeter surveillance of reserves and the setting up of checkpoints for the control of suspect vehicles are also used to deter poachers.

The tracking operation involves sending out teams responsible for the patrolling of large areas of forest or savannah in search of signs of poaching. This activity is certainly the most dangerous, since the severe penalties imposed on poachers often motivate them to use their weapons even against rangers, with lethal results on both sides.

Three AK47-armed men leave their homes before the sun rises, heading for a forest area they know very well. They come across rhino tracks and, after following them for about an hour, they spot their target, about 100 meters…a female rhino with her calf.

The favorable wind allows them to approach without being identified by the animal, whose visual ability happens to be very limited.

Once at a distance that allows them to take aim through the dense African vegetation, the poachers shoot at the pachyderm’s legs, making it impossible for her to escape.

The baby remains close to the injured mother, which is trying to protect her baby and is killed by a volley of bullets. Even though the calf has not yet developed its horn, it would slow down the work, so it’s killed, too.

The Poachers quickly approach the immobilized animal, which cries in pain from her mangled legs. As the wounded prey tries to get up, the poachers break its spine with a series of brutal ax hits.

While the dying animal cries in pain, the poachers remove the rhino horn with a saw. Often the front of the muzzle is hacked off to make it faster.

This is a tragic but regular story for the more than 1,000 rhinoceroses who are massacred every year. And although the number of rhinos killed each year has decreased, the important thing to comprehend is the fact that a slightly decreasing trend does not represent a decrease in demand, but the scarcity of rhinos left in nature.

The strongest demand comes from some medicine that considers rhino horn a remedy for various diseases. However, research has repeatedly shown rhino horn is nothing more than a keratinous tissue similar to that of human fingernails and, therefore, completely devoid of any medicinal value.

Fortunately, the demand for rhino horns has declined sharply since Yemen, where it was traditionally used to make ‘jambiya’ ceremonial knives.

Criminal organizations, with the help of corrupt local institutions, smuggle rare animals or animal parts. Such trafficking is the fourth highest illegal trade in the world, after drugs, weapons, and prostitution.

The weapons mainly used are rifles, pointed poles, nets, and traps. Poachers work hard to conceal their tracks, as well as to deceive the Trackers who may come across them. In addition to this, the ‘snares’ used by poachers lead to a slow and terrible death. Sadly, the traps kill without distinction, whether it be elephants, cheetahs, antelopes or giraffes. Thousands of animals die in these traps, but in 70% of cases the carcass is never recovered.

The highest levels of the organizations are occupied by wealthy entrepreneurs or by corrupt politicians who, sensing the possibility of an easy profit, hire professional mercenary hunters, and equip them with boats and helicopters.

How much is the life of a rhino worth?

Local poachers are often satisfied with only a few hundred dollars to kill an animal, but the strong Chinese and Vietnamese demand means a kilogram of rhino horn can cost up to $60,000 to the final consumer, or about $350,000 for a medium-sized horn.

Not even the noblest symbol of the African continent is immune to indiscriminate hunting, traps, and deforestation: today CITES, the international body responsible for monitoring flora and fauna, has included the lion in the list of endangered animals.

Rhinos have become the symbol of a macabre trade that also affects many other animal species. For example, elephant ivory is still in great demand in China to manufacture molds and stamps; tigers are decimated for their furs, as well as for their bowels and bones, which are endowed with healing powers according to traditional Chinese medicine.

These anti-poaching units, like those from Conservation Rangers Operations Worldwide, are teams of specialized rangers, sometimes made up of ex-military personnel. They are exceptional trackers, they have to be, since the fight is tremendous, and fought day by day, in both the Bush and in the Jungle.

Some African states, such as Kenya, Botswana, Namibia, Zimbabwe, and with some limitations the Republic of South Africa, have taken concrete action to combat poaching, with the use of specialized personnel.

Kyt Lyn Walken is the official European Representative and Instructor for Hull's Tracking School (Virginia, USA), and she is a certified Conservation Ranger for C.R.O.W. (Conservation Rangers Operations Worldwide). She has been an outdoors and tracking enthusiast since childhood. Kyt lives and works in Europe even if she often travels overseas, and can be contacted at http://www.thewayoftracking.com

The illegal hunting and trade of wild animals is increasing the risk of extinction of many rare breeds and species, causing ecological imbalance and habitat loss. Therefore, strengthening wildlife protection is being determined by responsible agencies to promote sustainable management, contributing to the protection of nature.