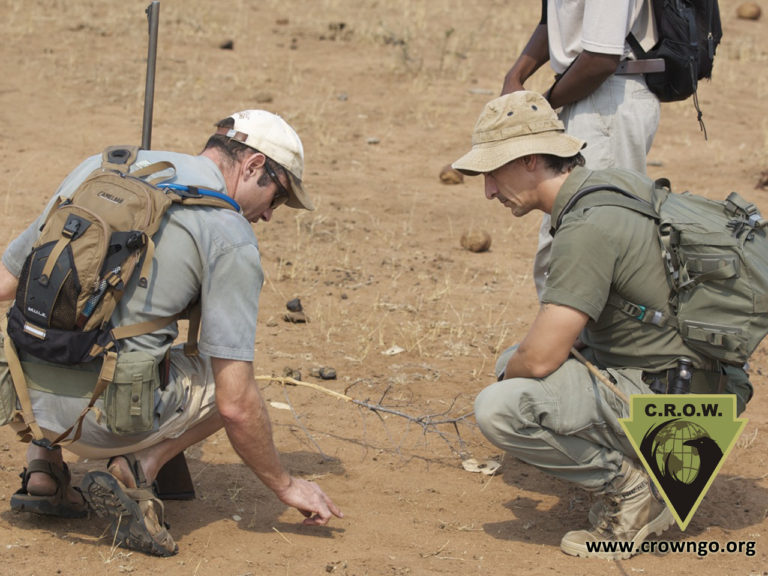 Ancient art comes into use in African Bush and Jungle

In previous articles, we looked at the fundamentals of the ancient art of identifying the tracks and following them, and we have discovered several fields in which this skill is still well alive and considered a remarkable tool to come in handy when it comes to understanding, for example, the dynamic of any illegal infiltration.

Crime scene investigations, for example, have a lot to do with Tracking, from the initial collection of data until the answer “What really happened?” Paired with standard procedures, Tracking revealed itself to be extremely useful if employed in the very first phases of any investigation. For example OJ Simpson’s case, back in 1995.

Nevertheless, the skepticism about the employment of Tracking is still strong. Many people believe reading and following tracks can’t be helpful nowadays due to the consistent progresses achieved by technology. Yet there is a specific dimension in which this Art still has a constant application in the field: Antipoaching Operations.

Tracking as a part of conservation

Back in 2018, when I made the decision to attend the Conservation Ranger Course held by Conservation Rangers Operations Worldwide (www.crowngo.org), I was amazed by the importance given to this Art: Tracking, in fact, appears to be a solid cornerstone of any Conservation Ranger’s skill set. But in addition to detecting poaching activity, tracking also serves a second purpose: to monitor the wildlife population in terms of growth and biodiversity.

“The high demand of wildlife parts from Asia is the primary cause of the current slaughter and many Rangers risk their life everyday to fight criminal syndicates ruled by merciless businessmen. In developing Countries (where most of the biodiversity of our planet still exists) corruption is so widespread that poaching syndicates get stronger every day, making our battle even more inequal.” –Andy Martin, Conservation Rangers Operations Worldwide CEO and Chief Instructor

In my mind, the Tracking experience that I have gained these past years could be useful within this specific context (and maybe make a difference too!). In fact, the Tactical Acuity class I attended in Virginia back in 2017, gave me a more tactical perspective, enhancing the capability of detecting whether something is “out of order”, which is basically the foundation of any anti-poaching operation.

Saying that, let me honestly stress that during the Conservation Ranger Course, I had to face a slightly different approach to read and follow tracks. Basically, the so-called “African Method” combines Tactical Tracking with the demands required by several factors:

But above all the above, there is another element of importance: speed.

Moving faster than the poachers is absolutely mandatory in any APU (Antipoaching Unit). You can easily understand how it was essential for me to “attune” my Tracking for this new dimension.

Any operation which requires time and a massive exposure (like, for example, taking the standard measurements of a single track, of the stride, and the straddle) is to be avoided. The type of terrain (mostly soft sand in the bush, swampy for areas like Congo DRC) literally leads you along the way.

Track Traps are fundamentally what you have to look for.

Moving in small teams with no more than four elements is intimately related to the Tactical aspect. The standard formation consists of two flankers, one Tracker, and one Team Leader. Their positions rotate according to the scenario: a single file for narrowed spaces, an extended line for wide-open terrains.

As poachers mostly operate at night, day, and night APUs commit themselves to accurate patrolling inside the borders of the Natural Parks and Reserves in order to identify any passage or any breach within the perimeter. Rangers check for any intelligence, from ground spoors and aerial spoors, which lead them to figure out how many poachers have infiltrated, and if they moved lightweight or if they were actually carrying loads – not to mention weapons.

That is due to what the soil gives back in terms of depressions connected to the heels can tell if they were carrying heavy items or traveling light. An extinguished campfire can ‘tell’ the Rangers the type of fire made, as the ways of staring of fire can vary from tribe to tribe, revealing a lot of crucial details to determine the poachers’ identity and origin.

Other things can also be useful intelligence sources:

Skilled poachers know exactly how to move to minimize their tracks, like stepping on small rocks, brushing out their footprints, bending vegetation without damaging it: Conservation Rangers have to maintain a high level of alertness in order not only to be misled but also to be prepared for any possible firefight.

Can the use of Tracking really make the difference to fight the plague of poaching? I believe so.

Let me pass along this valuable quote, and recommend this book

“[…] Tracking is not the solution to all problems in law enforcement, investigation, search and rescue or patrolling, but it is an additional and extremely valuable tool in your toolbox that in many instances provides by far the best and most accurate option, enabling you to allocate and optimize the use of other resources available. Tracking can multiply the efficiency of staff by tenfold, or even a hundredfold in search by identifying a sector to search in. It is also cheap and strengthens your most valuable resource – namely the staff. It is also an ancient skill updated with modern tactical methods and crime scene investigation methods. […]” — Christian Nellmann, Jack Kearney and Stig Nårstad, “Sign and the Art of Tracking”

Kyt Lyn Walken is the official European Representative and Instructor for Hull's Tracking School (Virginia, USA), and she is a certified Conservation Ranger for C.R.O.W. (Conservation Rangers Operations Worldwide). She has been an outdoors and tracking enthusiast since childhood. Kyt lives and works in Europe even if she often travels overseas, and can be contacted at http://www.thewayoftracking.com