Coronavirus, Prepping and the Future 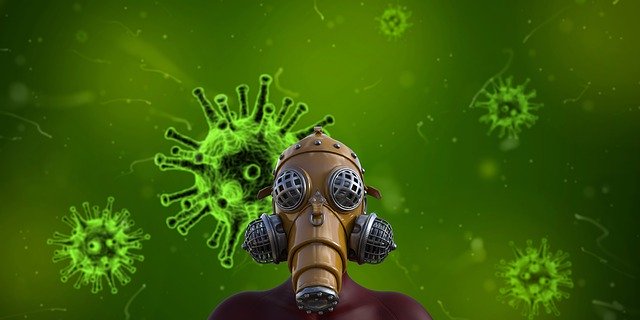 About 8 weeks ago, we were hearing of a respiratory virus going around China. A short time later, the Chinese government essentially locked down the country in order to help halt the spread of the Coronavirus. If you want to see the latest maps and information on the COVID-19 outbreak, The Johns Hopkins University and Worldometer have near real time information on cases, locations and outcomes.

This isn’t the flu

As a new virus, you have people calling it the next great calamity (which it might be) or “just the flu” (which it definitely is not). While the flu kills tens of thousands annually, it’s also been around a lot longer. COVID-19 is new. So while of the 129,842 people who have/had it, “only” 4,751 have died. That’s 3.6% mortality, versus the 0.1% for the flu. To put into perspective, if we use the flu mortality rate, that is only 130 people dead. A huge difference.

This isn’t just the flu.

In addition to China, Italy has locked down the country, even closing bars, restaurants and most shops as their death toll rises. Norway is following suit, pretty much shutting down the country until this passes.

And now we find ourselves (U.S.) right in the middle of the chaos. The NBA has suspended the remainder of the season after a player tested positive. Numerous conferences in the U.S., such as SXSW, Facebook F8, and Google Cloud Next ‘20 have been canceled, postponed or switched to online events. Even Coachella has been postponed. Worldwide, several large events, such as the Mobile World Congress in Barcelona, have also felt the pain.

I won’t even get into the fights over toilet paper and hand sanitizer.

We’re in it for the long term

Well, it looks like the Coronavirus (aka COVID-19) is here for the long-haul. As a prepper, it’s ironic to see people scrambling to do the things we’ve done for years. And while it’s humorous to poke fun at people making runs on toilet paper and hand sanitizer, it underscores the serious lack of preparation in this country.

I’m from the tail-end of the baby boom generation, and can still remember visiting my maternal grandmother and watching her and my great-grandmother (when she was alive) canning fruits and vegetables. As dairy and hog farmers, they had plenty of meat and dairy. Grandpa was a real handyman, as I’m told, and used whatever he could find to fix things around the farm. Having a farm during the Great Depression teaches you a lot…necessity being the mother of invention, and all that.

Given most people’s financial and living situations…heavy mortgages, rampant consumerism…preparation is often the last thing on people’s minds as they try to live their lives. I read in an article recently about a couple, no kids, who couldn’t scrape together $1,000 cash for part of a downpayment on a home they wanted. Their combined income was well into the six-figures. What do you think the chances are they have 2 months or more food and necessities available?

Preppers are ahead of the curve

So when I read or see stories of people wiping out the toilet paper section, it’s clear they’ve not given any thought to preparation. If the U.S. government imposed Italian-style movement restrictions, a dubious endeavor to begin with, these people would be well set to wipe their butts, but not a lot else. It appears the aftermaths of numerous hurricanes, tornadoes, floods and other natural disasters has taught us nothing, collectively.

I’m hoping that most of our readers have been prepping for some time. But if you’re new to it, here are some resources to get started:

Pasta and rice don’t take up much space. As long as you’ve water and a way to heat it, you’re good. Even if the Coronavirus causes actual logistical shutdowns, government services such as water, police, fire, power, etc., *should* still operate, albeit at reduced personnel.

Other items you might consider stocking up on are canned and boxed goods, such as vegetables, cereals, trail mixes, etc. You need to get through the next 2-6 months, so you shouldn’t have to worry about it going bad. One caveat: Make sure it’s food you will actually eat. When this blows over, having 5 cases of canned brussel sprouts will do you no good if you hate brussel sprouts.

Get first aid training. This should be a no-brainer, but many people put it off. Courses in CPR and Stop The Bleed can literally be life savers.

If you can, extend your supply of multivitamins and any prescription meds you may require. If you can, switch your RX medication to 90-day supplies instead of 30-day. If you get sick and can’t leave, or the government imposes internal travel restrictions, running out of medication can be deadly.

If you live in a major town as I do, then having an everyday carry bag (EDC) can literally be a lifesaver. Also consider a Get Home Bag in case things devolve and you have to abandon your vehicle to make it home. Hopefully it’ll never come to that..but isn’t that why we prep?

Readers of TPJ, continue on with what you’re doing…you’re ahead of the wave. If this situation gets worse, we’ll be OK for a while.

If you’re looking for a one-stop ‘shop’ of prepper articles, the Prepper Journal Offline Archive maybe just what you’re looking for. It contains all our articles plus 28 military manuals in PDF format. All for only $12.99 (plus any applicable tax).

Recent studies are showing only a 1% mortality rate as opposed to the previous 3.7% mortality rate was believed to have. Well I recognize that your focus is on prepping and the required calamities that makes them prepping essential I think it’s important that we have accurate information being spread rather than perpetuating incorrect information that only adds to Hysteria.

I took the total deaths and divided by the total cases to get the number I included. I’ve yet to see anything showing the 1% you mention, so if you’ve got links, please provide them so our readers can make better informed decisions. – Bill

I expect in the very near future, we will hear from someone that the coronavirus is being spread by contaminated money. If this be true, there will be those who will wish to take us into a cashless society, Which is something you cant be a prepared for.

As stated below your mortality rate is inaccurate. You reference the number of people that have had it but that is only the confirmed cases. Most of the populations affected have not been tested and it is known there are a significant number of people that will exhibit little to no symptoms. Consequently, the demoninator in the calculation really significantly larger.

Wash your hands a lot. Most people who get this virus only exhibit minor symptoms–like having a head cold or a minor case of flu–so they don’t seek medical treatment. Therefore the number of persons who have contacted the virus is grossly underreported and it’s fatality rate is grossly over-estimated. The CDC thinks the mortality rate is closer to .5% than the 3.6% reported. Also, deaths are coming to the elderly and diabetics. So if you are elderly and diabetic–like me–you need to be careful. Hand washing and staying away from crowds is the best preventative measure you can take.

While I can’t comment on the exact mortality rate…I can tell you especially in this country the number of people actually infected are far greater than those reported. This is due to “carriers” who are asymptotic and the healthy population with mild symptoms who do not meet the current testing threshold. If and when testing becomes more main stream like the flu you will see a diminished mortality rate that is closer to the flu. I have first hand accounts working in a busy prehospital EMS system in the Northeast where our 2 main hospitals aren’t currently testing individuals for… Read more »

We all know Corona is man made and has been around, with variations, for some time. What many people don’t know is why the hype now…. As preppers we should always be open minded, free thinking and consider every possibility in every situation. Most people in years past did not think this way, hence the mockery we’ve had for decades. However, the prepping community has grown globally more than ever now. We have to consider every possible detail – that’s why we are preppers. I am not going to get too deep in details and ramble on…but the fear hype… Read more »

Every time there’s an election, theres a new pandemic. Avian flu, Swine Flu, Mers, Sars, Ebola ….all around an election. But since the Chinese want Trump out -and the only way to do it is by wrecking our economy- we now have to deal with is imported epidemic and are now going to turn Corona into a hysteria.
Sorry, I’m not participating. If I survived the Avian to the Sars epidemics, then I’ll survive this too.

This is very serious virus and everyone is alarmed! The WHO still hasn’t recognized the cure to it. Hoping that they will be an immediate solution since there are thousands of people who died because of this virus. So sad.

One more click on worldodometer.info would have brought the true numbers and data on what happens in the world every day, at infinitum, into focus. It would have debunked your sensational numbers and poor arithmetic. This is by far the worst article I heave read about this situation. And….China never “shut down”, they are fully open for business, our panic is fueling an uptick in their economy (and a major leap forward in inflation and the national debt) while the brown-shirt politicians here at every level of government look for every opportunity to further crush your freedoms using the same… Read more »

I have been a follower of yours and a number of other sites for some time. I’m afraid it is to late if you are just reading this type of articles now. Not only are you trying to buildup reserves after the prices have gone up but you will not know what to do with it and will find yourself surrounded with people that refuse to accept your reality. You will find yourself both hungry and screwed by good friends. All you can do is hope that this is just a little SHTF and the government doesn’t dissolve and we… Read more »