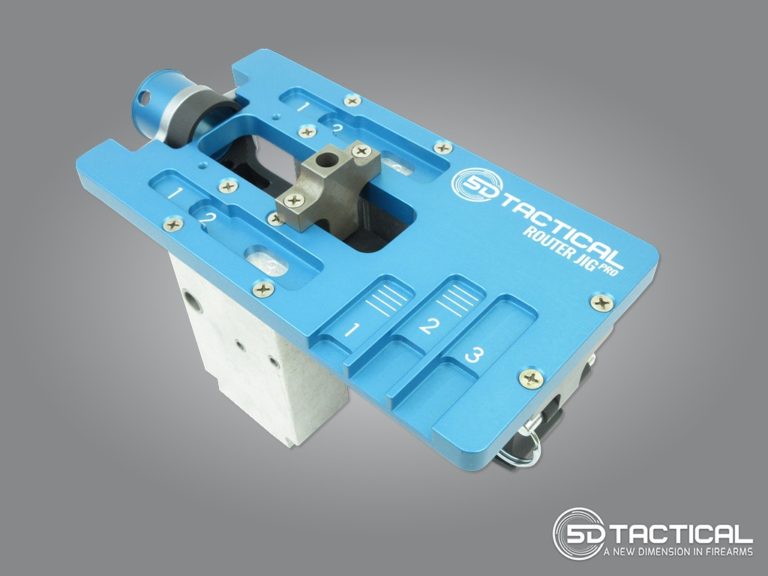 Editor’s Note: The following review was written and submitted by Prepper Journal associate Hans Brix. Images courtesy of the author.

For AR-15 lovers, we live in a golden age of price and availability. You can buy good quality, fully assembled lowers for $130, and stripped receivers in the $40 range. Given the multitude of manufacturers of $200 parts kits and $500 complete rifles AR-15s, why would anyone go to the trouble of ordering and milling an 80% lower?

I am one of the first to admit that when God was handing out the Handyman gene, I was skipped. The only things I’ve been successful at working on have been firearms and guitars. I’ve assembled several AR-15 rifles from parts kits and a stripped receiver. I’ve added or polished up safeties and sears in several handguns, installed and sighted-in rifle scopes and installed aftermarket triggers and sights on Glocks and 1911 handguns.

But a gunsmith I am not. In fact, I have an old “Lemon-squeezer” style revolver I took apart and can’t get it back together right. There’s a limit to my skills.

I’d read about the whole 80% lower ‘market’, but never really investigated it since AR receivers are affordable and trepidation with my aforementioned lack of skills. So, when 5D Tactical asked if I’d like to review their new router jig, I thought it would be a fun and interesting project.

The jig is up!

Nevertheless, finishing an 80% AR lower couldn’t have been easier with 5D Tactical’s new AR15 Router Jig Pro. It was so straightforward, I’d say that if you can follow instructions and wind up with a receiver that doesn’t work, you didn’t actually follow the instructions.

When the package from 5D Tactical arrived, it contained the jig, several drill bits, and two specially designed end-mills for the included Rigid router and an 80% lower blank. The instruction manual straight forward and has images to demonstrate how to use the jig.

Nevertheless, I was still worried. I didn’t do well in my junior high school woodworking class and had never run a mill or router before. The closest I’d gotten was Dremel tool I used for smoothing the finger grooves of my Glock Gen 3 frame. I didn’t want to mess up the project.

The folks at 5D Tactical were able to talk me off the ledge and assure me I could do it. “Just go slow, pay attention to what you’re doing, and make sure you use sufficient WD-40 or thread cutting oil. You should be able to get 4-5 receivers completed per end-mill.”

Armed with that knowledge, I headed to a friend’s shop; the prospect of having aluminum chips all over my garage meant doing at home wasn’t likely, even though it was way more convenient. This wound up being a good decision, because it wound up way messier than I expected.

After laying out the part on the bench, I read the instructions and assembled the jig around my receiver. It’s very straightforward and intuitive, especially if you’re familiar with AR receivers. Once assembled, I went to install the end mill and router base plate to the router.

Here was where I stumbled.

Due to the variety of routers available, the instructions didn’t contain any information on HOW to install the endmill and baseplate, and since I’d never used a router before, I had no frame of reference from which to draw. I went to 5D’s website on my phone, since I had no computer and a sketchy LTE connection.

Their website shows several different end mills available based on the router you have. It’s possible, therefore, to purchase the wrong mill for your router if you don’t pay attention or, like me, know what you’re doing. Since 5D had supplied both the router and endmill, that possible error was eliminated, but it’s something to pay attention to before ordering.

Thankfully, my friend had experience using routers, so he watched to make sure I was installing things correctly. In looking things over, I guessed I needed to remove the plastic router base plate then install the 5D baseplate, using the supplied screws. I almost installed the baseplate incorrectly; the cutout should face the opening in the router closest to you, as you can view the milling process in that gap. This was the biggest issue I faced during setup.

Since sitting down to write this article, I discovered a whole page of instructions, including assembly video and router endmill installation guide, at 5D’s website. I just wish I’d looked over the website sooner, as it would have saved me some grief.

Once everything was put together, I clamped the jig into the vise. Using the supplied 5/32” drill bit, I took the cordless drill to it after a few drops of thread cutting oil. The drill powered through it easily, just make sure to use an oil/lube. Once that was done, it was time to mill.

Making sure I used the shortest pins, I adjusted the depth to match the guidelines on the jig depth adjustment guides. There is a total of 21 passes you’ll need to make, from the very first cut after drilling the pilot hole, to the 21st that cuts the trigger hole.

Adjustments are in small increments (I don’t know the spacing/depth) for a reason. I didn’t have reading glasses handy, so it was difficult to see if I was lined up with the depth markings, meaning a few times I went over…maybe 1.5-2 lines instead of one line.

That doesn’t sound like a lot, but it was VERY noticeable when milling, as the bit cut more slowly and started to chatter. I was able to get through those cuts by going more slowly than I had when I made correct adjustment. After a couple of times having that happen, I made sure to err on the side of slightly less adjustment. While it might have taken longer overall by needing to make more cuts, each cutting step was much easier and eliminated all chatter when I went shallower.

After the milling was finished, I got the cordless drill and the other two drill bits and, using some cutting oil and the bushed guide holes in the jig, drilled the safety selector hole and the hammer and trigger pin holes. The drill bit for the safety selector is long enough to go through both sides, but the trigger and hammer pins needed to be drilled from each side.

After about an hour, I was finished. We blew away the excess chips, wiped off the cutting oil and admired my handiwork. Then we pulled out the parts bin and completed my lower assembly. All the internals fit great, and the holes for the safety and trigger assembly pins lined up perfectly. We then grabbed some ammo and a couple of uppers and went shooting. My new lower worked flawlessly.

My friend had several 80% lowers he wanted to finish, so I left the jig with him after I went home. He reported an issue with drilling the plunge hole. Either I had used too much pressure or..something…he said the bit I left looked warped and wouldn’t cut at all. He used one of his own bits and said it worked fine and cannot explain what happened. But on subsequent receivers, he had the same issue with his bit.

For the next two receivers he wound up NOT drilling the plunge hole, and said he got through the process fine. He told me he held router tilted back at an angle, and once the mill was up to speed, would slowly lower it to create the first cut for that depth. When he got to the third step, he made sure to be extra careful so he didn’t mess up the trigger hole. He assembled the three receivers and they worked fine.

Something borrowed, something blue

Interestingly, he has the original 5D Tactical jig and likes new jig much better:

Overall, I learned a lot doing this project. Given how affordable complete receivers are, I’m not sure it makes sense from a cost-saving standpoint. But that’s not why a lot of people do this. I asked my friend why he likes doing his 80% receivers so much, when finished lowers are so affordable.

“First, because I can, and I like building things. Also, there may come a day when AR15 rifles are harder to own,” he said. “Having a pile of these finished, or waiting to be finished, is my way of making sure they’ll be available to me. So, paying a little more for an 80% receiver that isn’t in any database is, if you will, a Freedom Tax.”

I can support that.

Finally, I’d like to thank the folks at 5D Tactical for reaching out and supplying the equipment needed to make this work, without any preconditions. All they asked for was an honest review.

As a courtesy, I provided them a copy of this review beforehand in order to ensure I hadn’t made any missteps during the process but was clear I wouldn’t change my opinion. I questioned the increased number of depth-adjustment hashmarks in the jig I got versus the jig in the video, and they told me they increased the number in order to make shallower passes and extend the life of the endmill, meaning more lowers per bit.

If you’ve ever had a thought about finishing 80% AR-15 receivers, let me assure you, if I can do it, anyone can. And you can’t go wrong with 5D Tactical’s AR-15 jig.

“Freedom tax”. I like that. It’s exactly the reason I do my own as well.

There are a lot of gaps around the receiver. The vacuum port works better if you tape up all the gaps so all the suction is directed into the milling cavity.

Interesting article. Its something I have thought about for a while, but haven’t moved on it. I followed the link to the manufacturer site, and some things didn’t match up with the package you received. Obviously they ensured you were able to conduct a successful milling and added all required parts to ensure that happened. The jig isn’t cheap, then requires the “ready mill” to be ordered separately, and requires separate purchase of a router. All told the total cost looks something like this: Jig: $289.99 + tax + shipping ReadyMill + their bits: $54.99 + tax + shipping Recommended… Read more »

There’s no denying that it isn’t a cheap initial investment, especially when ready-to-lowers are so inexpensive, relative to the past. But who knows what the future will bring, especially with this pandemic. I asked Hans about the bit issue and number of receivers question. Here was his reply: “I’m pretty sure I bent the large drill bit when I drilled the pilot hole, perhaps even burnt it. Even though I’ve done some work on guns before, I don’t do a lot of drilling, so I don’t know if I applied too much pressure, not enough cutting fluid (is too much… Read more »

Thank you for sharing article and information. this is very helpful for beginner.

I wrapped the lower with saran wrap to help contain the chips when milling.