How to Deal with Mosquitoes Without Using Chemicals 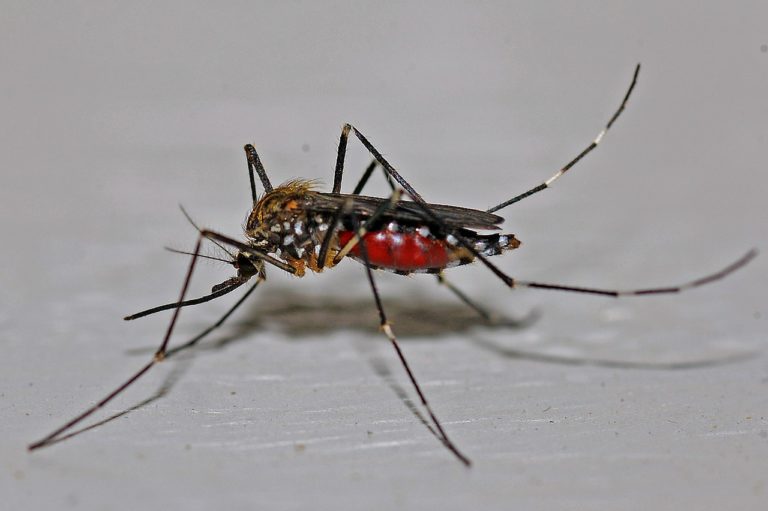 Traveling off the grid is an incredible way to enjoy nature. The sights and scents of native plants and wildflowers are hard to ignore. But those scents also attract nature’s worst. Whether you’re hiking through woodlands or relaxing in your backyard, there’s no escaping those darn mosquitoes. And unlike human intruders and squatters, it’s tough to fence out these critters.

Hey Mosquitos, Why Me?

There’s no denying mosquitoes prefer to bite some people rather than others. Scientists think genetics, the skin’s surface, and a person’s unique body chemistry make some people mosquito magnets. Mosquitoes have an excellent sense of smell and are attracted to carbon dioxide — especially to people who release large amounts of it. When you’re hiking, playing or walking outdoors, the heat, and humidity activates the sweat glands. The skeeters get a whiff and then chomp down!

These bloodsuckers are annoying and sometimes deadly. Most cities rank them as the worst insect pestbecause they spread viruses and diseases such as malaria, dengue fever, West Nile Virus, and Zika. Many commercial bug repellents contain Deet, a chemical that’s effective at masking humans’ presence from mosquitoes. While the Environmental Protection Agency has found it poses no risk under normal use, it does recommend you wash it off as soon as you come indoors.

Permethrin is another common repellent. It kills the mosquitoes but is also toxic to bees and fish. Cats can also be susceptible to permethrin. The EPA has listed permethrin as a carcinogenic, meaning it can cause cancer — but only if you eat it.

If you are considering natural mosquito repellents as an alternative to the chemicals, you have several options:

Cinnamon Oil. This oil acts as an agent to kill mosquito eggs. It’s also effective against adult insects. Mix ¼ teaspoon (24 drops) of cinnamon oil into 4 ounces of water for a diluted solution. Spread evenly when spraying the spicy water on your skin and clothes.

Geraniol. This alcohol-based substance comes from plant secretions like lemongrass, citronella, and rose. It only works for two to four hours, so it’s best applied just before a hike. Geraniol may cause skin or eye irritation.

Lavender. The sweet-smelling floral fragrance of crushed lavender can ward off adult mosquitos. It’s also soothing to the skin after the bugs bite. If you don’t want to search for a lavender-based product, try growing the flowers in containers or an outdoor garden. Crush the blooms and add to vitamin E oil.

Oil of lemon eucalyptus (OLE). Scientists found this oil is nearly as effective as Deet in repelling mosquitoes. It’s been used since the 1940s and is now on the list of ingredients approved by the CDC for ingredients to be used in bug repellents. – You can apply it every 3 hours, but oil of lemon eucalyptus is not recommended for children under 3.

Neem oil. Generally used for protecting plants against munching pests, neem oil can be rough on sensitive skin. Studies show it might be effective for about three hours after application.

Thyme oil. It’s time to try thyme. Just toss the herb’s leaves into your campfire to help keep mosquitoes away. To mix up your own solution, add 4 drops of thyme oil to one teaspoon of base oil – olive or jojoba works well. Two drops of thyme oil with 2 ounces of water makes an effective spray.

The scent of these oils really bugs mosquitoes. Several plants will also keep the bugs at bay including peppermint, basil, catnip, and rosemary (Carry a pouch of catnip in your pocket and watch the mosquitoes head in the other direction.) The same spices you use in your meals could prevent you from becoming the next meal for a mosquito.So spice up your next hike with these natural ingredients, and watch the mosquitoes take a hike. While enjoying Mother Nature’s best, you’ll be able to avoid her worst outdoor pest and the deadliest creature on the planet.

Jenna King is a writer, avid hiker, and self-proclaimed survivalist. She spends most of her time backpacking and using organic elements within nature.

I rarely get bit by mosquitoes but my wife gets bit all the time. She claims it’s because she’s sweeter than me but that remains to be seen LOL

I am a new customer . Will try it because I dislike using harsh chemicals in my body. I like your natural chemicals. Thank you for your natural products.