Virginia vows to shut down all gun ranges 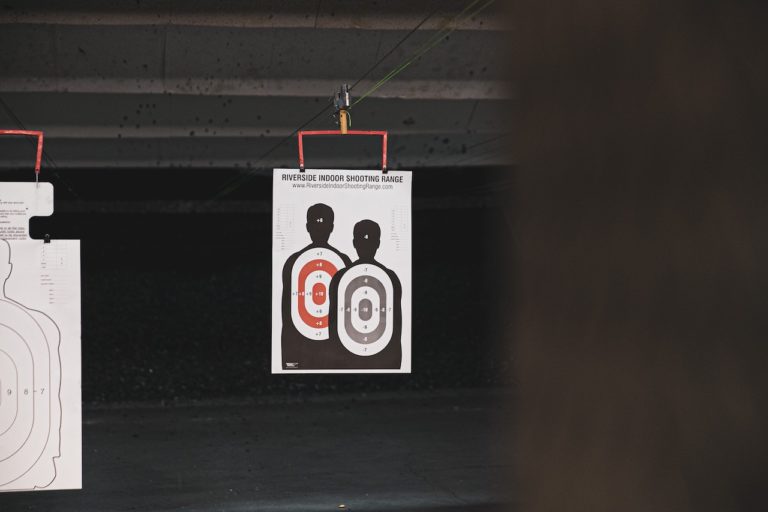 Recent legislation in the form of House Bill 567 would probibit any indoor shooting range, by law, unless it was inside a building owned or leased by the state.

Folks, this is what we’ve feared. Virginia is becoming the California of the East Coast in terms of trying to disarm the population.

Unlike California, a number of county officials have stood up and declared they will not enforce unconstitutional laws.

Read more about the proposal here.

If you’re from Virginia, this upcoming election will be one of the most important you’ll participate in.

If you’re not in Virginia, be vigilant, because if the state legislature in the Old Dominion is successful, it will be spread across the country.

Ironic for a state whose motto is Sic Semper Tyrannis, “Thus always to Tyrants.”

Let’s hope the good people of the state live up to the motto.

Virginia can’t do anything. Virginia is not a person. Notice that the story does not include the names of the people who have made this decision. Who are they? Where is the organizational chart of their department?
All of that information is hidden, to create the impression that the bureaucracy is mystical. Regular people wouldn’t understand. So they are supposed to meekly accept any decision made by an invisible government. And of course, citizens wouldn’t demand a vote. That would be asking the government to be democratic.

The headline of this article should change: the way it is worded is alarmist & only meant to stir things up – and is actually an outright lie. This is only half of the story. There are a number of “unless” and “or” clauses to this bill – one being “unless fewer than 50 employees work in the building.” I don’t know about you, but every single indoor range that I have been to has MUCH fewer than 50 employees. That said, I don’t know why they are even trying to get this through because I’m sure they know even… Read more »

It’s not like they want total control of the subjects of Virginia is it? The Left’s true agenda wastes no time being implemented upon the sheeple. Go ahead and stay home during elections because ” my vote doesn’t count anyhow” and learn just how quickly socialists will implement the plan they’ve had for you all along. So hey kids, name one place socialism has worked, and then move there. OH, that’s what I thought. Remember , those who do not learn from history are doomed to repeat it. Sic semper tyrannis.

This is only one of many bills put forward. Cam Edwards did a write up of the more onerous ones.

Bans and outright confiscation are included. They’ve even created a new item to fear, the assault pistol.

Wild Bill
Author
Reply to  Thomas Paine in the butt

We actually covered this in a couple of other posts.

As to Virginia House Bill 567. I live in Virginia & the article is only half of the story. There are a number of “unless” and “or” clauses to this bill – one being “unless fewer than 50 employees work in the building.” I don’t know about you, but every single indoor range that I have ever been to has MUCH fewer than 50 employees. None of those will be shuttered by this bill – but some others will be, no doubt. I don’t know why they are even trying to get this through because I’m sure they know even… Read more »

I appreciate the insight.

In rereading, I admit the headline is alarmist. However the original article, published by Law Enforcement Today, states, “Virginia vows to shut down all gun ranges not owned by the state.” I’ve not known a lot of LE-related sites that tend to be against bills like this, so that was an unusual position to take, at least from my perspective.

The goal was to get people involved and alarmed…stirred up, in your words…because even though there are exemptions, the entire push seems very anti-freedom. And that is something to be alarmed about, in my opinion.

I live in the SoCal and there are twenty (20) indoor ranges in the area as well as four (4) outdoor ranges and thousands of acres of open desert. Virginia has us beat on this stupidity already.

This is one of the signs that we are witnessing the end of a free America. It once had promise, but no longer if Democrats are left in charge. The expression of “United we stand, divided we fall” comes to mind. And we have never been so divided. It’s time to buy a lot of ammo. A LOT of ammo.

Will a Constitutional Lawyer please check the ruling from SCOTUS? I remember reading that in about 1937 to 1939 SCOTUS ruled that it was unconstitutional to force a closure of an indoor firearms range under the Second Amendment.

How will he control abandoned gravel pits? What kind of people elected him, residents of big cities? The largest city in the state has become a 2A sanctuary.

Wild Bill, Since the comments are not allowing me to reply to your comments directly (the button is not working at all), I have to post this as a new comment. I agree with you: it is definitely something to be alarmed about – just not quite to the degree stated by the TPJ or Law Enforcement Today headlines. The headline (for both articles) is absolutely wrong – at the very least it is misinformation and incorrect and honestly it is an outright lie. You at least have to admit that. Law Enforcement Today is wrong for overstating events and… Read more »

“Since the comments are not allowing me to reply to your comments directly (the button is not working at all), I have to post this as a new comment.”

I’m looking into that. It’s something I noticed the other day but haven’t had the opportunity to look at. It’s possible the system thought you were spamming since the comment appears similar to the previous one, but in looking at the system, there were no comments requiring moderation, so I don’t have an answer to that part. Apologies it’s wonky…but it’s definitely not censorship.

People voted for communists (leftists) hidden under misleading name “democrats”, when there is nothing democratic in their tyrannical approach in mass control (a.k.a. stalinism). Reds succeeded in conquering capitalistic countries after all.

I posted a comment here over an hour ago and it is still “Comment awaiting moderation” yet another comment has posted in the last few minutes. Wild Bill, are you sure you aren’t part of the government?

My comment favored neither the left or the right. In fact, if anything, it bashed both sides & our entire government. The main purpose was actually about an overstated headline.

And now The Prepper Journal has resorted to censorship. I guess if you don’t walk the TPJ line…

Not true at all. As was sent you via email, screenshots demonstrate that all three of your comments were on the website. In fact, I had answered one of them. I honestly cannot tell you why you weren’t able to see them, but they were there, even using a browser unassociated with running the website.

We don’t believe in censorship, never have. We may disagree with your POV, but disagreement isn’t censorship.

I hope this addresses your concern.

Coming to cities near you…California. Now that Virginia has been taken we can concentrate on Texas. Tennessee should be pretty easy now too. Wake up! I don’t have an answer but I can see rural America ruined by the cities around them. They vote!

This entire situation shows what happens when people do not get up off their duffs to vote! I pray that more Republicans get out the vote and get those tyrants out of office next time around!

I have to agree with Jeff on this one. While this is a proposed law that absolutely should NOT go through, we need to have BOTH SIDES telling the truth. As a practicing Democrat (gun control being only one of the things I disagree with them about though) I am appalled by the hypocrisy that both sides use. Both sides complain bitterly about something, then when they are in power do the exact same thing. If we want a government by the people and for the people, then we need educated people, not sheep. Tell the whole truth and let… Read more »

Wild Bill,
I don’t know what was happening. All I know is that I tried 3 browsers (Firefox, Chrome & IE) and saw the “comment awaiting moderation” on all 3, but just for my last post. It is gone now. I apologize for my comments relating to that, but I hope you realize that it certainly looked that way to me.

Completely understandable. Sending a followup email in a few minutes.

Does that mean they are offering all government buildings as shooting ranges? 🙂

I don’t hold out a lot of hope for VA. The largest concentrations of population are in the DC area, heavily dependent on big-government jobs, and the sewer that is Richmond, heavily dependent on big-government welfare spending.
Those 2 areas regularly out-vote the entire rest of the state, and likely will again this year.
They’ve already had the split that created WEST Virginia. Maybe it’s time for another.

Some mention in the details of the bill, this would affect but a few ranges. The left NEVER stops, always pushing their agenda, no matter the cost or consequences. Even as a few may close, that is a few that lose interest in our shooting sports AND preventing the teaching and encouraging of our youth the skills, discipline and joys of shooting. They look at the L O N G G A M E. So we must be ever vigilant fighting back, regardless of the absurdities or possibilities of passage. Look at the NYS SAFE ACT and Obamacare, shoved down… Read more »

Thanks for giving great kind of information. So useful and practical for me. Thanks for your excellent blog, nice work keep it up thanks for sharing the knowledge.