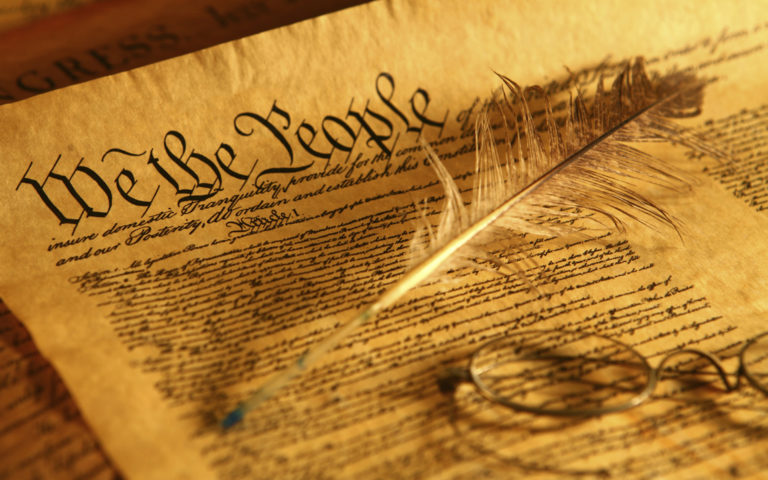 All Enemies, Foreign and Domestic

When swearing the oath of office, public servants follow the same oath that our military and law enforcement personnel do, namely to protect and defend the Constitution of the United States of America against all enemies, foreign and domestic.

So when state officials threaten to pass laws repugnant to our Second Amendment guarantees, they don’t like it when other, more local officials tell the state they won’t enforce those unconstitutional laws.

Unsurprisingly, he said local governments have no right or legal authority to refuse to enforce gun control or confiscation legislation.

But declaring a city or county a Sanctuary City/County and refusing to assist federal law enforcement from enforcing US immigration laws is OK.

In reply, Gun Owners of America and the Virginia Citizens Defense League issued a joint response to AG Herring’s opinion. It’s 26 pages long, but well worth the read to get a good grounding as to why AG Herring’s opinion is both wrong and hypocritical.

Governor Thomas Gage must be smiling from somewhere, as the action of the modern government of Virginia has justified the action a Hartwell Tavern April 19 1775, our sovereign protectors on the way to confiscate an illegal stash of weapons.

So–when are these groups going to hire lawyers and file an injunction against these un-Constitutional laws?

Hopefully this most important country destroying movement pushing to disarm Virginian’s will fail. Those opposing guns for personal/family protection somehow have deraigned ideas criminals will turn theirs in. On another note oath to uphold/defend the Constitution has turned into just another worthless bunch of words this Governor recited with his hand on the bible. I might remind him this same oath was taken by Hundreds of Thousands of Virginians when entering military duty. This Oath is LIFE TIME Governor! Vast numbers of now civilians will NOT obey/stand for constitutional illegal laws attempting to take away rights they sacrificed years of… Read more »

In Schick v. United States, (1904) 195 US 65, 49 L.Ed. 99, 24 S.Ct. 826 the Supreme Court said: “If there is any conflict between the provisions of the Constitution {enumerated powers to make law} and the provisions of the Amendments {Bill of Rights}. Amendments MUST control.” In Miranda v. Arizona they said:  “Where rights, secured by the Constitution are involved, there can be no rule making or legislation which would abrogate them.” In Norton v Shelby they said: “An unconstitutional act is not law; it confers no right; it imposes no duties; affords no protection; it creates no office;… Read more »

Remember when they come they come for not only you but your family, return the favor, let them know two family’s can bleed.

Ralph Northam is a Satanic Demoncrat, and wishes Christians to be as helpless as the babies he kills and sells body parts of for various uses such as rituals and transplants.

THEY HAVE ONE CHOICE…back down or be force back

Read Article III of the U.S. Constitution. This article covers the definition of treason and the punishment for treason too. Please read it. Then think for a few minutes about current events. When I did this I saw where the democrat party is guilty of treason and has been committing this crime daily for years and getting away with it. Now I’m trying to decide which of the four punishments would suit their crimes. Drawing, Quartering, Beheading and/or Hanging. Weigh in on this please. Hopefully the Bloomberg puppet government in Virginia will get the message loud and clear along with… Read more »

Everything is very open and very clear explanation for step by step keep moving, waiting for more updates, thank you for sharing with us.