If You Only Had One Tool 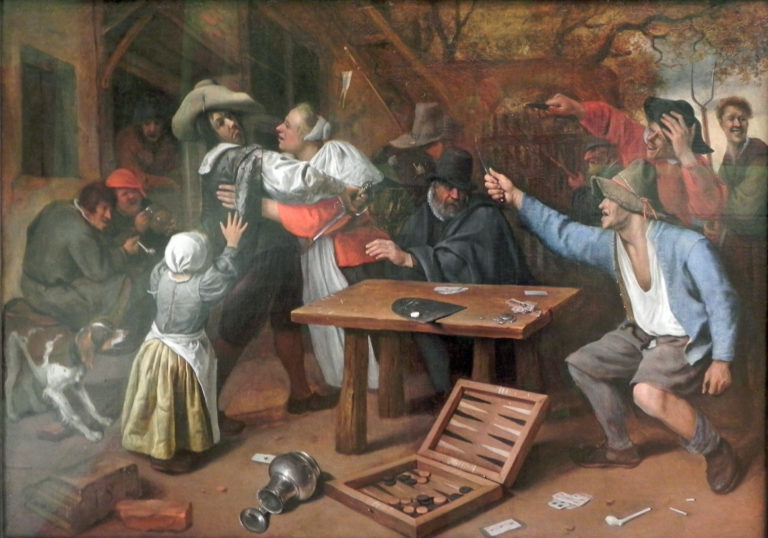 What if you were suddenly overwhelmed by an event? An earthquake, a micro-burst along a lonely road that did in your vehicle, you barely got out before it was washed down a swollen creek during a flash flood? An avalanche that cut off your trail back to civilization? Heads down in your work and you step out the door to finally head home for the night and you step into the middle of a riot? Or a pandemic? The world suddenly gone mad!

Assuming being prepared is a habit chances are you have your EDC (every day carry) with you, and we all have a general idea of what that  should be, but most of it was in that car now heading down the river to a used car lot in rural Arizona to be sold in the future as “newly arrived.” Or your pack stolen the minute your emerge from your office door, headphones still on, oblivious to the SHTF going on all around you? What is the one tool that would serve you the best if you were smart enough to keep it close? 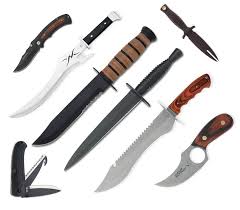 In The Prepper Journal’s opinion it is a knife. The universal tool that has served humans since we first picked up a stick and realized we needed something to sharpen it order to make our point and carrying a boulder as a sharpening implement was not working out.

And knives throughout history have been made from many interesting materials from sticks and stones and animal bones and are at the foundation of the development of metallurgy throughout human history. History actually defined as the Stone Age, The Bronze Age et al. 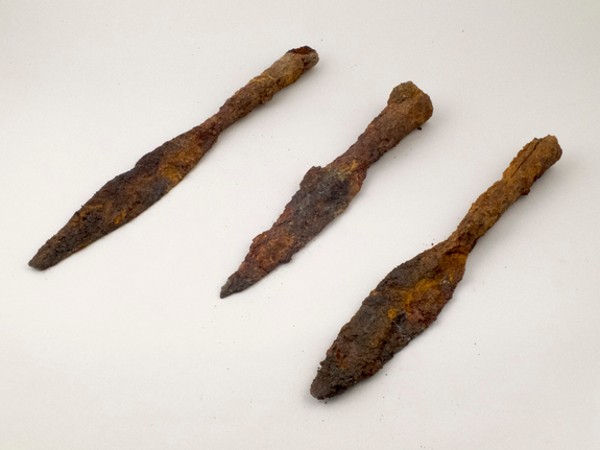 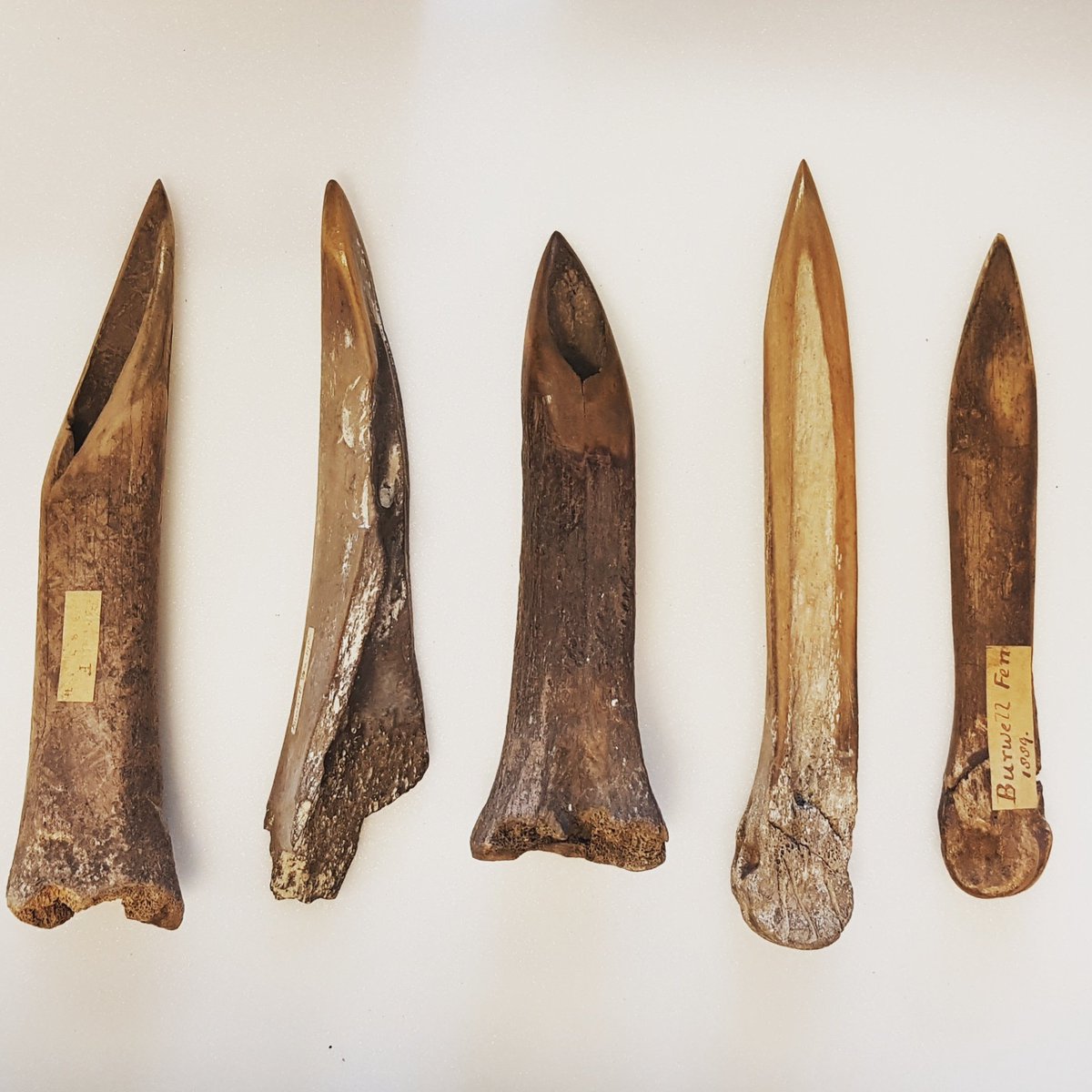 So, whether you are a newbie to prepping and survival or an expert,  the importance of survival knife for not only a planned adventure but a true survival situation, is clear.

While some people may consider knives as a prized possession, I for one have a special one as a wall decoration hanging between two black-powder pistols, all in their own clear display cases, I also have others for use as survival equipment to their full potential when faced with dangers of the unknown, the unexpected.

From self defense to making fire to making traps and spears to obtain food to opening found supplies to making shelter the knife is the singular tool I would never want to be without (other than when the government makes me – airports, government buildings, public schools, and the like.) 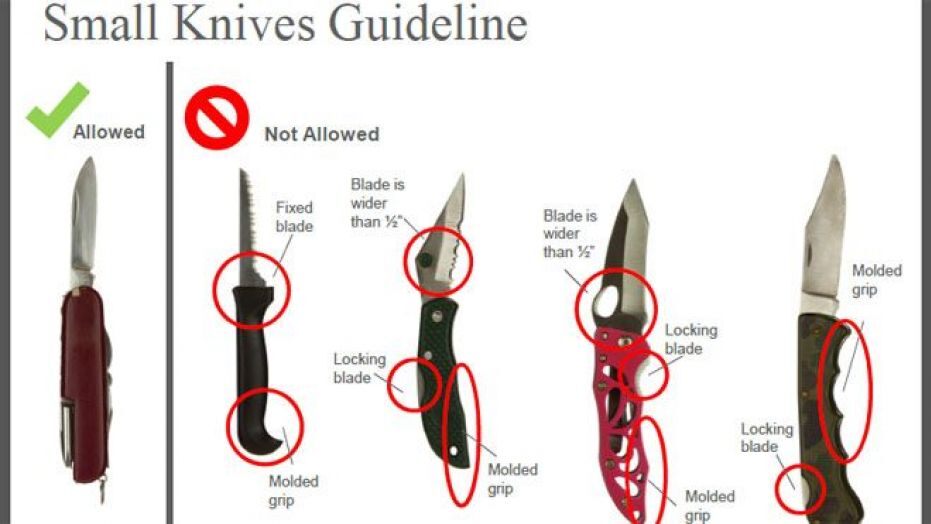 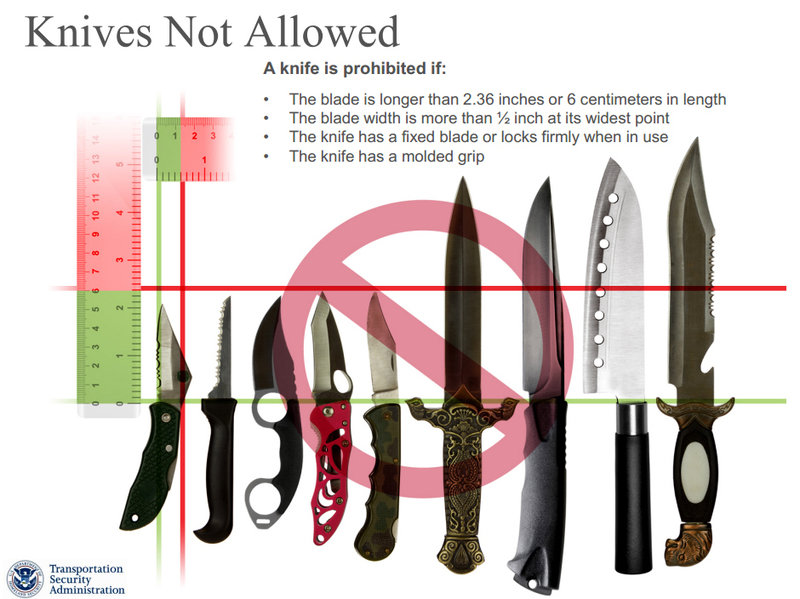 As Caityln Bell says, finding the best survival knife is not just about convenience  – it’s about safety. If you don’t have a good knife in your survival kit, you are not prepared. So, with hundreds of options in the market, it can become hard to choose the right knife that would suit your needs. That’s why she is going to break it down for you today and make  choosing the best survival knife more an intelligent process than a random selection on factors that may catch the eye but not preform when the rubber meets the road.

These are a few factors that you must keep in mind while choosing the right knife. 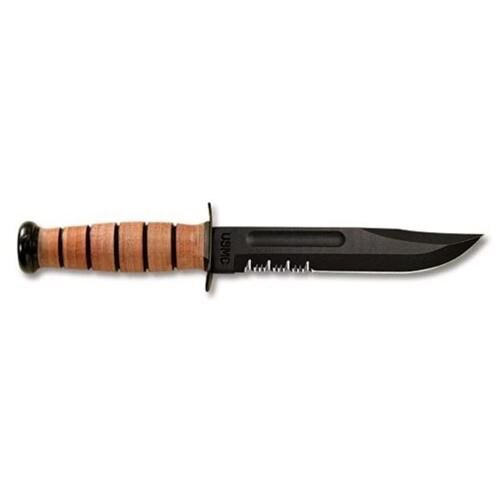 While a pocket knife is convenient to carry and use, the fixed blade knife is really the best bet for survival. Fixed blade knives perform well from carving to chopping and they don’t have a built-in fail point where the blade connects and folds into the handle. Of course folding knives are easier to pocket, but at a price – durability. Therefore, you should go for a knife with a spine ranging from 0.6 to 0.25-inch thickness, which lasts longer without failing on demanding functions.

Size matters! When it comes to picking the right survival knife, it is important to choose a knife that comes in the right size. Since you’ll be using the knife for multiple functions, don’t pick one that’s too broad as you cannot use the same for cutting down snare traps. Similarly, a small blade might be too delicate for cutting wood. 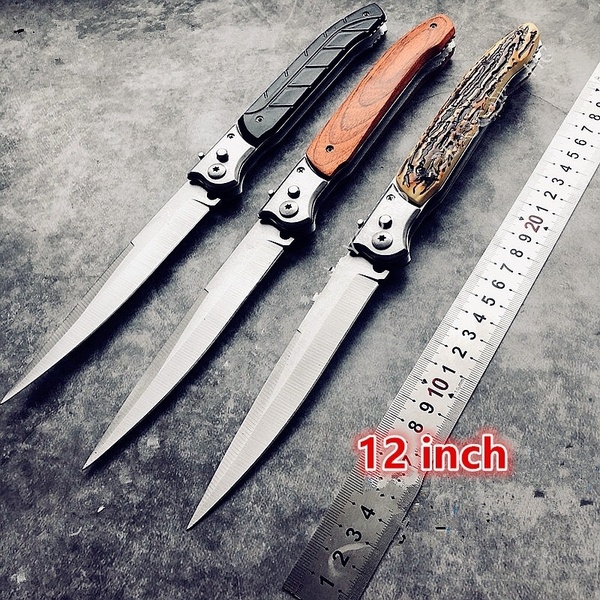 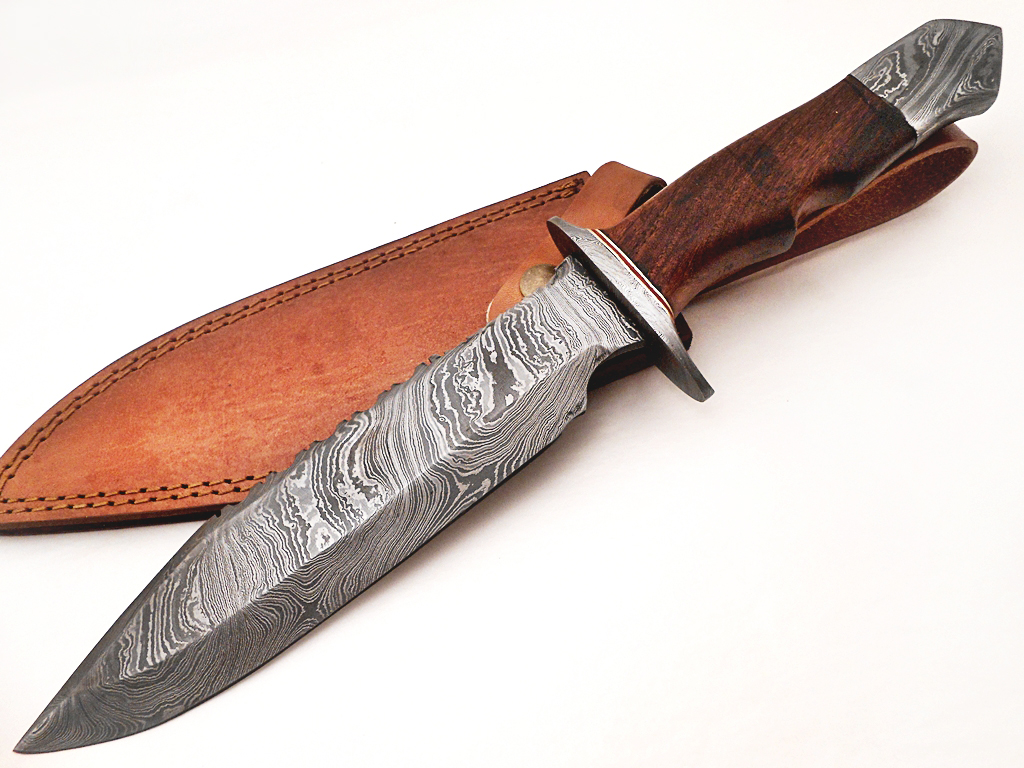 So, pick an average sized knife, of about 10 to 12 inches, that is good enough to do most of the tasks that require the use of a survival knife.

Now, carrying a 12″ knife everyday, to work and play is a challenge in itself, so temper this with your attire and your daily travels. A knife with a blade of less than 4″ is not going to be a true survival tool.

Just because the blade is strong enough to cut a piece of wood doesn’t mean that the handle is not important. If you go wrong with the handle, you might be putting a lot at stake. The knife with a small handle can give you blisters while the one with a large one might not have an excellent grip. 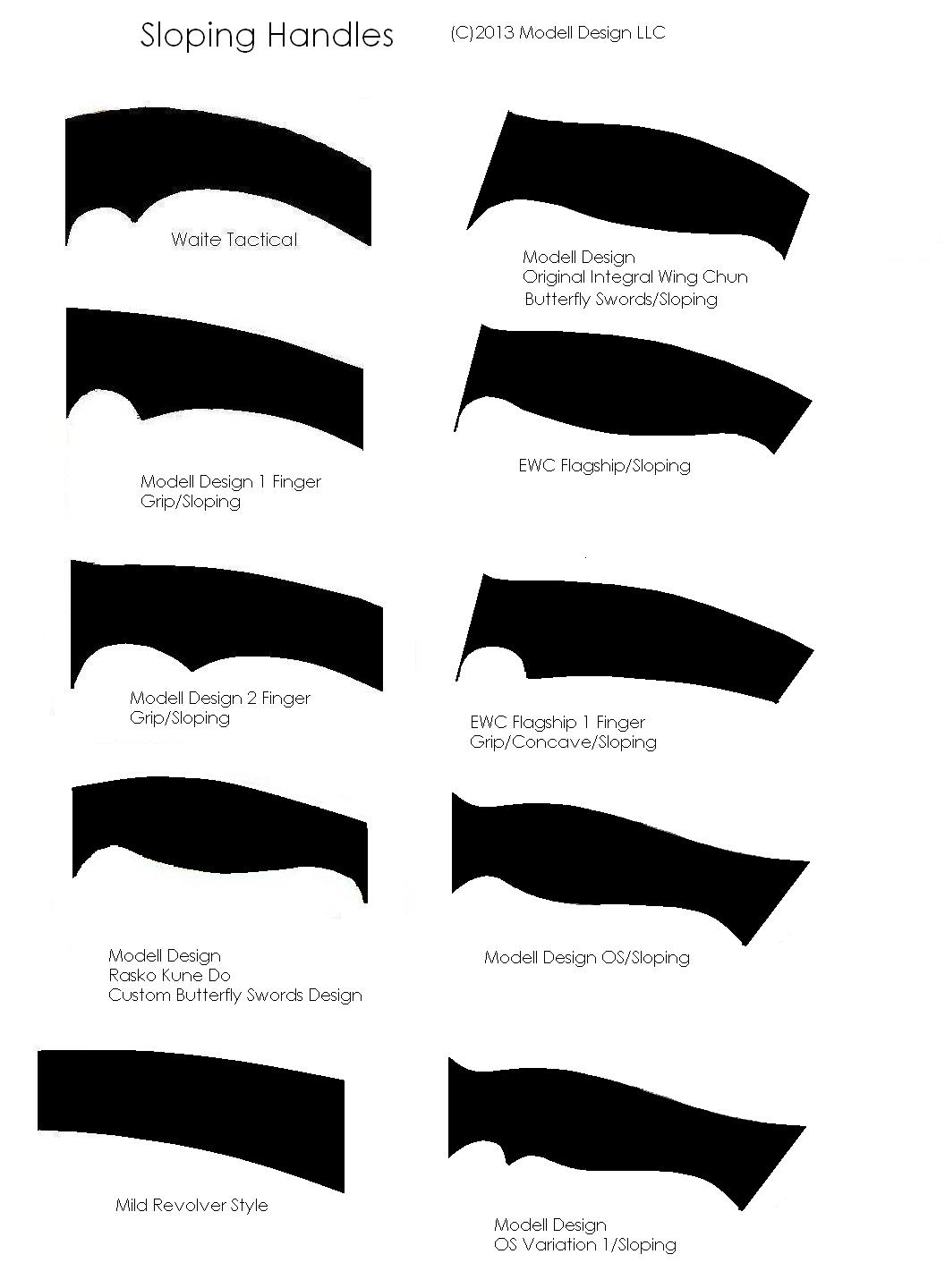 That being said, go for a knife that has a firm handle and facilitates better action. Also, make sure that the guard of the knife is sturdy enough and excels at keeping your hand from running up onto the blade.

A shank or tang is the back portion of the blade component that connects the blade and the handle. If you are looking for a reduction in weight, then you can choose between the partial tang and half tang, but if you are after something that helps you tackle extreme conditions, then the only tang worth your money and time is full tang. 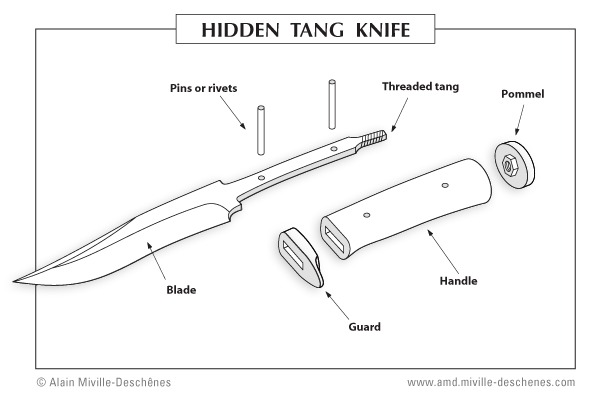 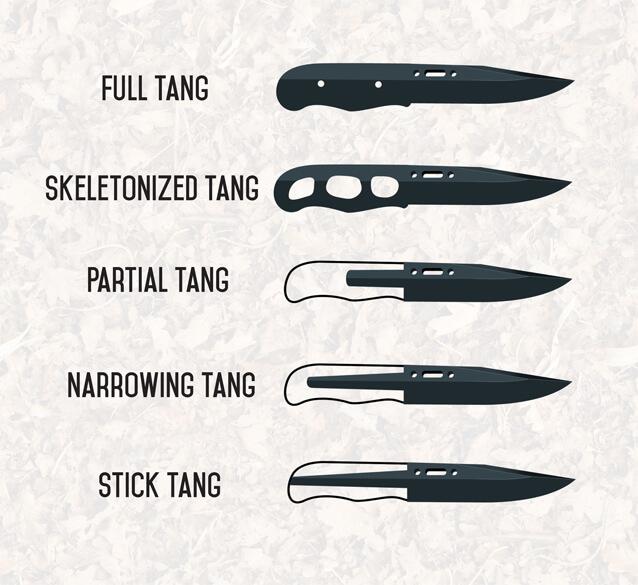 Since the handle is connected to the tang through bolts, pins, glue and more, opting for a full tang allows for great balance and leverage capabilities. The bottom line is a full tang will reinforce stability, ensure a firm grip and enhanced strength when in use.

These are some of the things you must consider when you are out picking a survival knife for long trips in the back-country. Just make sure the survival knife you choose, is the right one for you.

Choosing a survival knife is mostly a matter of personal choice. And when it comes to picking either a fixed blade or folding knife, the debate has been going for years among knife aficionados and we already gave our two-cents above but…

Every knife owner has their opinion on what works the best given the tasks they face in their everyday life. Therefore, the following section of the article looks at some general areas for both types of blades. 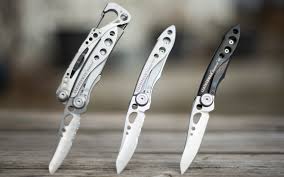 When it comes to everyday survival, folding knives are generally considered the most popular for their ease and convenience. Generally, folders are associated with everyday carry because they are perfect for routine tasks that make people want to carry a knife in the first place.

For instance, trimming a wire, cutting open a box, cutting a rope or paracord or self-defense. There are some more advantages of the folding knives:

On the other hand, the biggest disadvantage of a fixed blade is that their folders are tough to clean and also have, historically at least, been known to break easier. 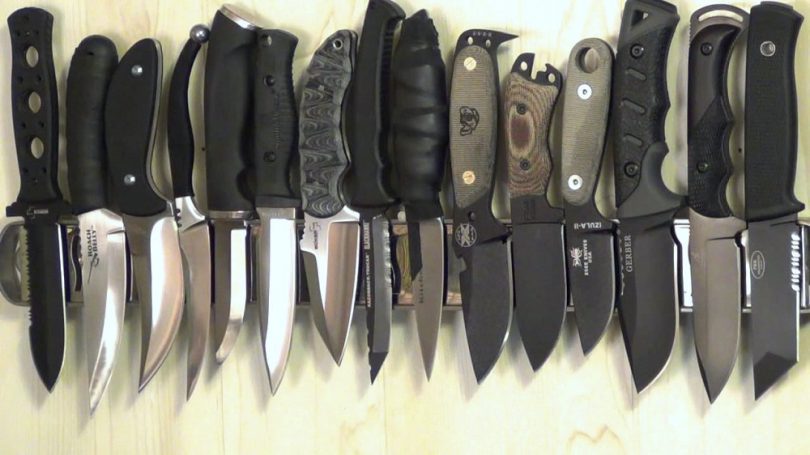 Perhaps because of the way they have been introduced in the movies, fixed blade knives have a reputation for being the more serious type. That’s definitely true. But, this doesn’t mean that they cannot be used in almost any situation.

There are a lot of advantages to the fixed blade. For the most parts, they are associated with rough outdoor work – jobs like splitting, food preparation, skinning a buck, digging etc. Other advantages include:

On the other hand, the biggest disadvantage of fixed blade knives is that they are not as convenient to carry and are harder to conceal.

There you have it – Advantages and Disadvantages of Fixed and Folding Blades. The ultimate decision comes down to the buyer and how they plan to use the blade!

I exclusively carry folders, but in all fairness, they have been known to fold up and cut my hand under heavy use, not the ideal in a wilderness situation.

My one tool of choice is actually my bic lighter. The knife is more useful, but I’ve had to start more than one fire because I was stuck somewhere and it was cold.

Cheap dive and marine knives, designed for prying coral and cutting and ive never seen one break. I back-strapped a buck with one last year, no complaints. Dont become to attached to the one knife. If you lose it or it breaks on the go it wont matter as much, but if its your favorite KBAR, Shinbu or Hisshou it messes with your head. People do some real stupid @*#& after losing or breaking some piece of (emotionally attached) equipment. My favorite knives are Tim Thomersons knife “Mike” in the movie Volunteers just because Mogwais “Tooth” in Jungle Book for… Read more »