Survival of the Richest: How the World’s Financial Elite are Preparing for Armageddon 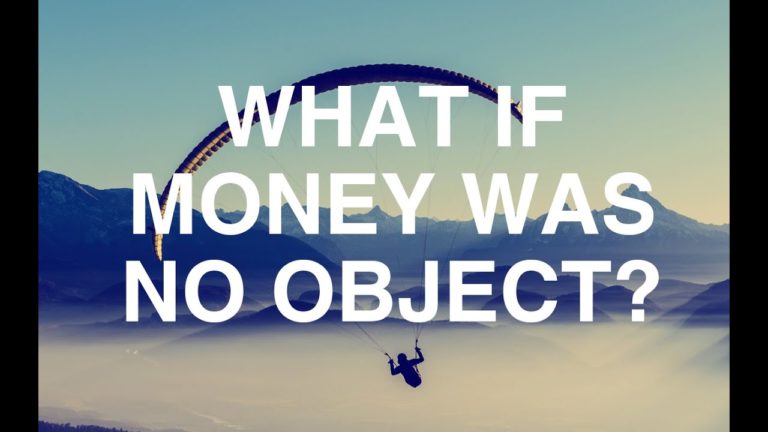 As we normal folks prepare for emergencies, disasters and the like, I was curious as to how one might approach this should “money be no object.” I myself have never had that problem, when cost was an afterthought, not a concern. But there are those that are born to or succeed to a point where this is their reality and in such Daniel Williams brought the following to my attention.

I for one found it fascinating, not just for the content and presentation but for the reality that if the EOTWAWKI, SHTF happens some of the “Golden Horde” is going to be its own little fiefdom, replete with private armies and weapons you only see in the movies. Another consideration to take into account as we all try to survive.

If it demonstrates anything it clearly shows that being rich and successful does not mean you are not just as flawed as us little people.

Since The New Yorker unveiled the doomsday survivalist strategies of the super-rich in 2017, the planet’s most monied men and women have proceeded to amp things up.

And you can’t fault the scope of their ambition as they look to inter-planetary escape, de facto states and even immortality to evade the collapse of our planet and the revolt of its stinking, heathen masses.

As such, the content team at Loanable have created an infographic which shows the freshest, weirdest and most popular ways the master’s of the universe will side-step doom should a catastrophe topple the natural order.

Do you believe this better for mankind than to become extinct?

It is possible this dilemma will come to pass. Because what if Musk musters only a few thousand survivalists to colonize the red planet? It will be their duty to spread life on Mars.

Musk’s recent pledge to bring Pizza Hut to his biospheres also extends to some of The Hut’s industry rivals, so his Spaceship X survivalists will see out their days with a heady mix of fast food inside a giant greenhouse with an anti-gravity chamber on hand. Should the world end, some will perhaps consider that an upgrade on our current form of civilization.

To prepare for post-nuclear melt down and martial law being unable to contain the baying mobs, then first things first. You absolutely, positively, need to pre-emptively correct the plus 1.2 vision in your left eye, right?

Because this is what Steve Huffman would have us believe.

And if you can’t get round to laser eye surgery before the world goes to hell, then you must face down the existential threats by stockpiling contact lens solution instead.

And who am I to deride Huffman and his survivalist priorities? This man who is the brilliant, billionaire, founder of the “front page of the internet” as against a glib content creator, sitting in pajamas in a tiny basement flat, with pieces of peppermint immovably lodged in between his teeth?

The private standing army is the essential end-of-the world accessory for the financial overlord. And what really matters is how big your force of mercenary soldiers is compared to the next man’s.

In this spirit, a number of American survivalist billionaires recently met in secret in Switzerland – with the size of their squadrons top of the agenda. After all, what’s the point in accruing billions of dollars if you don’t have a system in place to protect it from the antsy hoi polloi when the world is in peril?

But if food and water and law and order are in short supply, and hyper-inflation kicks in as it typically does during extreme crisis, then subordinating one’s troops becomes a real issue.

And whereas in the past, the very rich could trade Givenchy, Chapaud and furs for loyalty, today’s fiscally elite survivalists are largely austere, righteous and lacking in ostentatious possessions (other than, ironically, their anti-armageddon accouterments) This means they’ll be faced with the futile task of trading stock in solar powered hectares in Arizona for the fading loyalty of their soldiers.

Instead of posing the tired question of what would be your last meal before you die, we can instead ask what’s the best meal to have when the planet dies?

And on this front, survivalist food kits are a multi-billion dollar business. They are also a great leveler: rich and poor alike will typically be reliant on the same, boring types of emergency food: cereals, tinned fruit and vegetable and freeze-dried produce.

Many of the survivalist food kits, though, do offer charming, unexpected flourishes such as the hand wipes provided by leading emergency food kit manufacturer, Gear Hungry. After all, it’s bad enough having the world end before your very eyes without also having to deal with pesky, sticky fingers from your mini-pack raisin and sultana mix.

Luxury living inside a former nuclear bunker is a special pitch for special times. This form of subterranean existence is perfect for the super rich survivalist who isn’t grandiose or romantic enough to set their sites on living in space.

The full luxury, doomsday units in Wichita Falls, Texas can be yours from around $3 million USD and they will allow 75 people to outlive the real world for up to 5 years.

There is also a special, organic hydroponic and aquaculture facility which is THE place to get your hands on luxury survivalist produce. This means that when the general public run out of food and start eating each other’s radio- active flesh, you can dine on carefully cultivated matsutake mushrooms, saffron and albino sturgeon procured from the Sterlet fish being farmed in the sea water tanks.

The Wichita Falls condo units also offer a further, rich blend of banal and apocalyptic features. So you can enjoy “Nuclear, Biological, and Chemical air filtration” alongside the “Washer and dryer in each unit”. And as well as the “Command & Control Center” you will find “Full kitchens with High-end stainless appliances” lest you endure a nuclear fall out with the added indignity of not having a sashimi-grade cutting knife.

The time of the clock (which gauges how close the world is to catastrophe) is governed by The Board of Atomic Scientists whose numbers include a dozen Nobel prize winners and experts in various fields.

As well as the present day, the only other occasion the Doomsday Clock was as far gone as 11:58 pm was in 1953 – after the Soviet Union and the U.S had developed and tested “H-Bombs”.

So it doesn’t look good for us then.

It might, perhaps, be said, though, that The Board of Atomic Scientists a doom- laden lot. The earliest time they have ever recorded was 11:43 pm in 1991, after a pact between Russia and the U.S to reduce nuclear arms.

Which means we’ve never been more than a figurative 17 minutes from the end of the world. And this begs the question of what insane level of utopia we’d have to attain to make it, say, 08:27 am?

Many New Zealand media outlets reacted with anger to vast parts of their beautiful country being sold to over a dozen Silicon Valley billionaires. Presumably, it was more irritating still, though, when James Cameron started buying up land there.

All of the above contributed to a change in the law in 2018, restricting non-citizens’ right to buy property in New Zealand. This can be side-stepped, however, by acquiring permanent residency if $7.5m USD is invested in the country year-on year after an initial outlay.

This forms part of a bigger picture of “passport collecting” amongst dozens of the world’s richest survivalists. Because as well as allowing them to find political and economic safe havens, multi-citizenship is the ultimate keeping-it-classy-the hell with-you status symbol; the non-gauche equivalent of the mega-yacht.

Inside the mind of Ray Kurzweil

Eternal life achieved through a downloaded conscience is of long-running intrigue to survivalists, science fiction writers and raging narcissists alike. So let us ponder, then, what it means to exist without bodily movement or sensation for infinity…

…Those billions of years you’d have alone with your biggest regrets. The trillions of years spent with no means of generating new memories. Or perhaps you’d lose your mind and your memories altogether; for there can be no absolute guarantee against that.

So maybe, then, you’d be terrified, trapped and confused ad infinitum. In which case you’d think someone would flip the switch and put out of your misery. Unless you get overlooked in the data base, lost in the system. Forever conscious.

There you have it, perhaps “out there on some points” eye-opening on others. Knowledge is power, and your power is to process it and keep the parts that add value to your life.

Someone has pointed out that the purchases of elaborate survival retreats by the super rich are not necessarily because they believe that there is some sort of impending doom. Because they are super rich, they are frequently looking for things to purchase. Much like you or I might buy a medical product/device for our medical supply chest when we believe that there is only a minuscule chance that we might actually need it, they do the same thing on a much larger scale. “Every boy (and girl) needs new toys.” When they have tons of money to spend somewhere, they… Read more »

Millionaires won’t be going into any bunker even in their own backyards if there’re to far away, there will be traffic jams, fires, looting everywhere, the only way to get there is to be there if SHT, chances are slim they’ll survive.