Editor’s Note: Continuing in the spirit of how others view prepping from a different prospective, an interesting contribution to The Prepper Journal from Stephany Jonson. “Torch” is the British word for flashlight.

A torch is a simple tool, which is often kept in kitchen cabinets in case of a power outage. Sometimes, it is also stored in cars during camping trips. However, you might be surprised to learn that a torch could be a lifesaving tool which should be kept on hand at all times. Read on to find out why.

What Is a Tactical Torch? 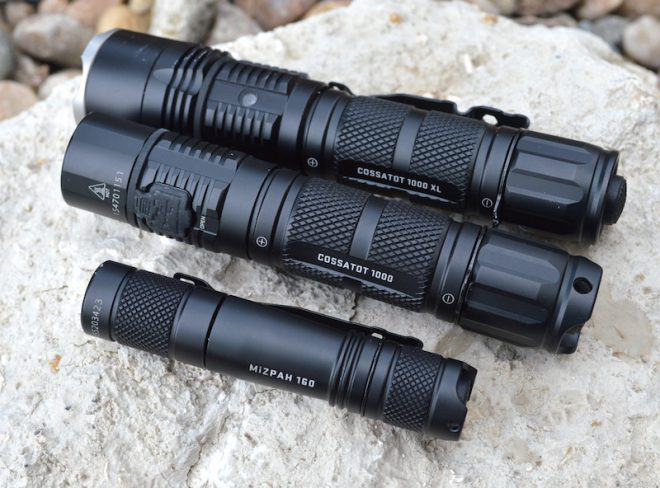 This article doesn’t just focus on the average home torch. In fact, the tactical torch differs from the average torch in that it is much more compact in size, brighter, and is covered with weapon-grade aluminum as a major constituent. It is used primarily by the police force and the military, and is normally combined with weapons to allow for shooting in low light. However, this doesn’t mean that it can’t be used by the average person for self-defense.

The Importance of Carrying a Torch

There are numerous situations in which (even if you aren’t in any danger) you will find a torch to be  essential. In fact, the torch is second on the list of items that every man and woman should have on their person, after the pocket knife. 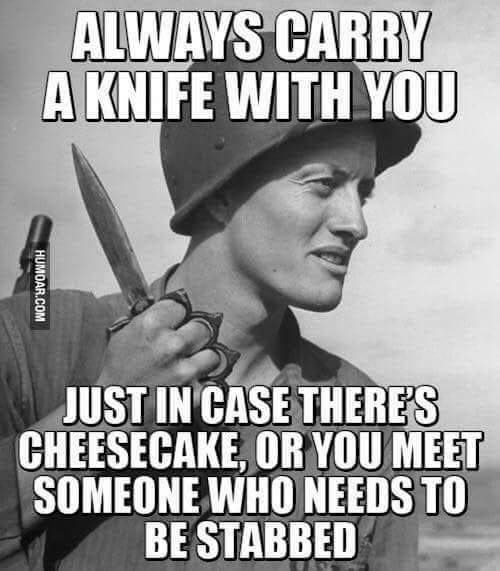 Recently, my car tire punctured on a dark street. It was 2 a.m. and I had to rummage through the storage space at the back of my car to look for my tool kit. Twenty minutes into the struggle, I realized that I had to return to the front storage to get my torch, in order for my search to prove fruitful. If I had a pocket torch, I would have saved myself the trouble and gone back home to my beloved bed to get some much-needed sleep.

Why Torches Are Underrated As A Tool for Defense 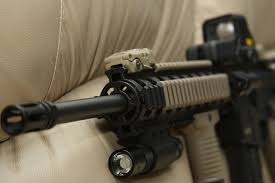 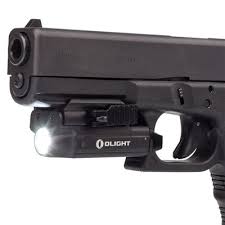 If you carry a handgun, you also need a torch in order to identify attackers in low light. Unfortunately, if your locale has firm weapon laws and you are unable to gain access to a handgun, the torch can help you to feel a little more secure.

Here are some ways that torches help you defend yourself:

How to Pick a Torch for Every Situation

Go to any store and you will see an array of torches, which promise this or that feature. “What kind of torch do you need?” and “Which features should it have?” are some of the questions that you might ask yourself. The perfect choice for you depends on how much you are willing to spend, as well as other preferences.

According to faveable.com, here are some basic features that your tactical torch should have. These include:

For you to carry the torch in your pocket every day, you will need something that is small enough for transport. Pick a torch that’s no bigger than your palm.

At Least 120 Lumens of Light Output 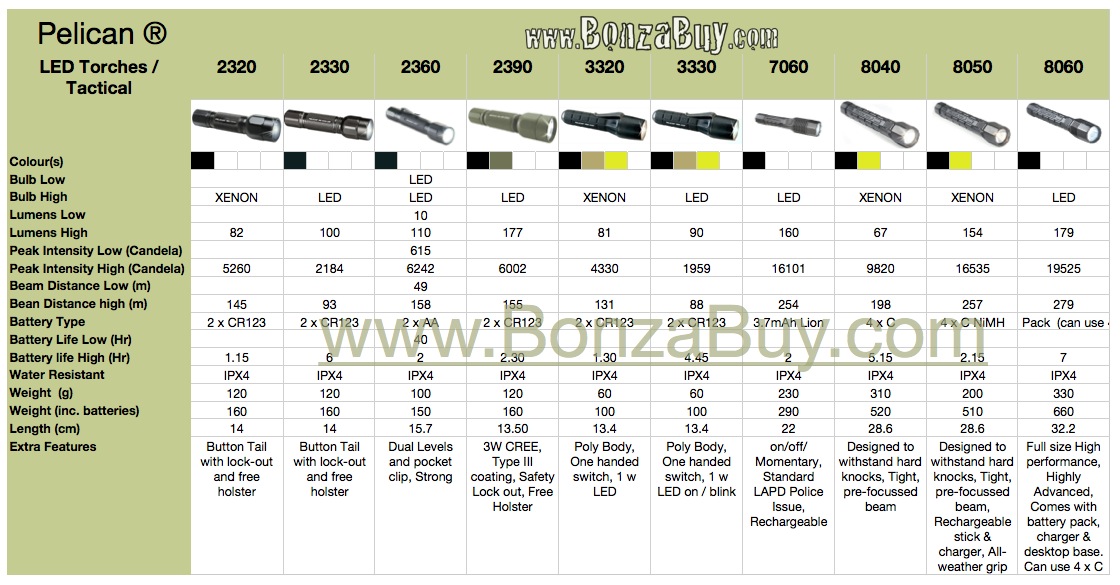 Your torch needs to stun enemies with its brightness. Torches with low light output value won’t have the same effect.

Torches that are currently on the market promise fancy features such as strobe, SOS, and light switches that can regulate brightness with an on and off switch. Although these features might be helpful, you have to make sure that the torch is easy to use. Hence, when selecting a torch, go for simplicity over complicated features.

Your torch should be able to help you when it’s pouring outside, and even after falling into water.

The material used for the torch should be anodized aluminum. This metal is light but extremely strong, so it lasts for a long time. Moreover, your torch’s body should have ridges to allow for a better grip. An excellent tactical torch should have plastic or rubber enforcement’s. These can be used to hit and momentarily blind the enemy.

Compared to incandescent bulbs, LED doesn’t break easily if the torch is dropped, and is more energy efficient. Hence, you spend less on batteries. 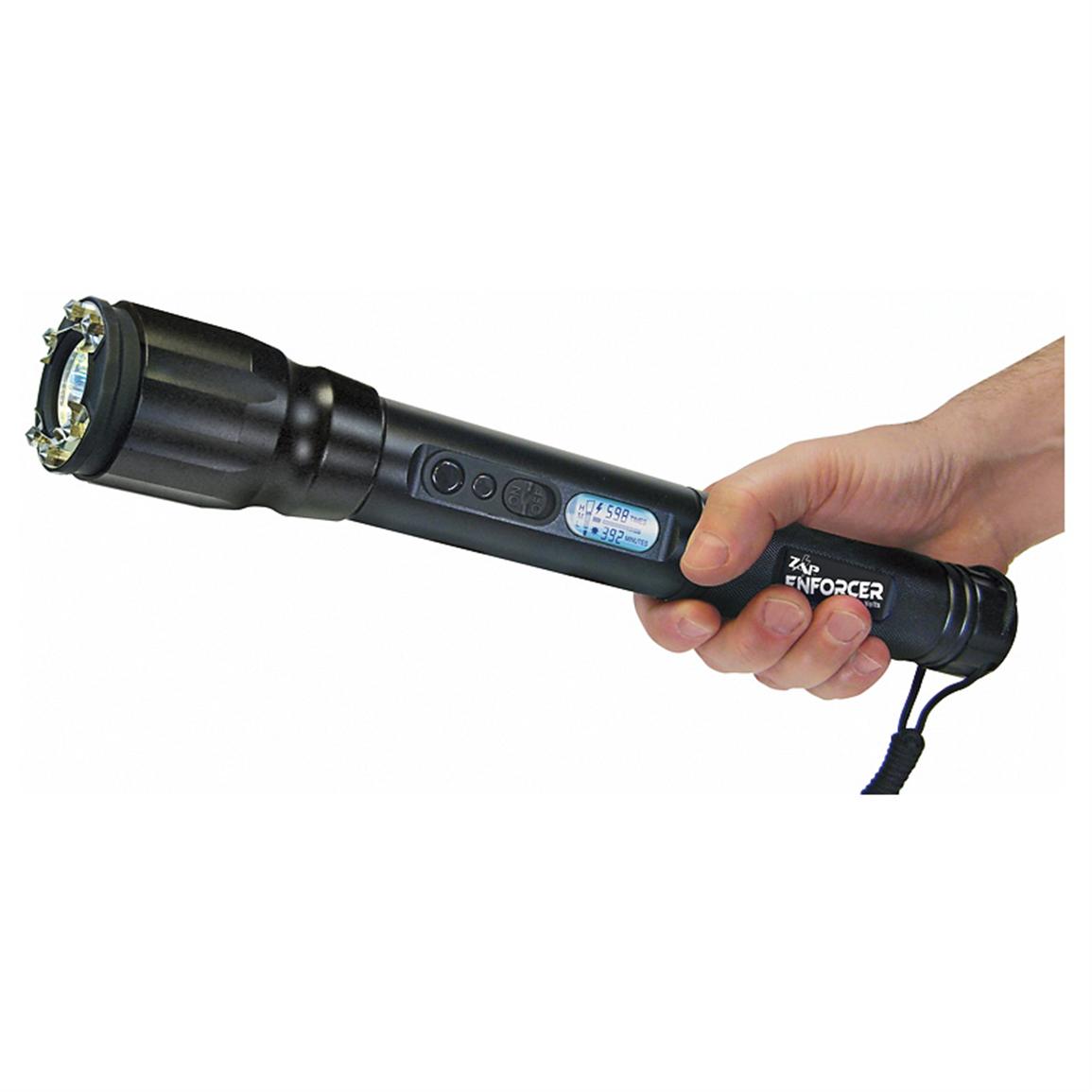 Once you get an inkling of a potential threat lurking nearby under the cover of darkness, you have to know how to move to safety. To achieve this, there are a few steps that you need to follow:

We advise you to call 911 if you are being stalked, or if you fear that you may be attacked. Avoid situations where you are left alone in the dark. This will give ample opportunity for an attacker to harm you. Keep loved ones or close friends updated of your whereabouts if you must travel alone.

Carrying a tactical torch at all times ensures that you are never deprived of light or your ability to see in situations when you need to most. Hopefully, this article has helped to show you why you need to add this essential tool to your purse or pocket.

Good primer article When selecting a flashlight the strobe effect should either be first on or easily accessible. I’ve used mine with success numerous times both on and off duty. When I say it was successful what I’m saying is I was able to neutralize the threat without further use of force other than verbal commands. You will need to give, loud and clear, verbal commands as their mind will be most focused on the light. The hold, for a smaller light, should be in a fist with the thumb depressing the tailswitch and the light pointed in the direction… Read more »

Very good article. A good light is always handy, it will be dark at least once a day.

Hello, it really works. Once a lantern saved me from a robber .. It was very scary, but I managed. Yes, of course, these funds, for all the time of use, have proven their effectiveness and saved a lot of lives, but as practice shows, in order to “fight off” from the attacker, often a fairly small flashlight with a strobe function. After all, a few very bright flashes can easily confuse a person for a few moments, which is quite enough to take any action or run away. In addition, such a function as a stroboscope is equally useful… Read more »