MRE’s enjoy unending popularity within prepper folds, although sometimes the issues – weight, waste, size, and expense – lead us to looking for alternatives. Palatability is another common kicker for many, and the lack of fiber also gets some attention. Happily, we have plenty of options for DIY alternatives. 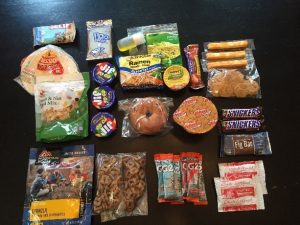 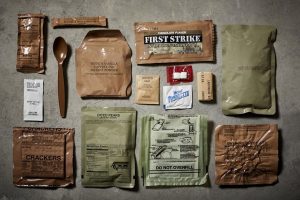 There’s a pro-con balance to everything. MRE’s are designed to sustain highly active 18-25-year-olds, so they’re typically jam-packed with calories. They’re also designed with some points like a variety of options and pocket-snacks in mind.

They’re heavy because almost all of those options are ready to eat. Much of the weight comes from water they already contain.

Trying to dodge the weight  isn’t new. Even the U.S. military continues to address it. 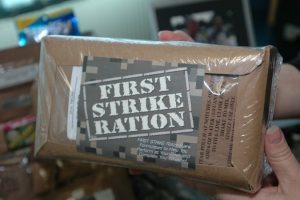 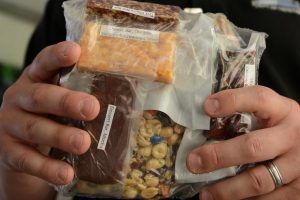 Homemade alternatives commonly lean heavily on reducing the water in foods, like many backpackers.

There’s nothing wrong with that, so long as water is available.

In many disasters and some bush conditions, water resupply is an enormous challenge.

The water weight adds up, especially in a pack, but rather than spend as much time sourcing and treating water as making headway, following the trend of military rations with ready-to-eat options – versus just-add-water meals that basically compete with our hydration – has a lot of value. 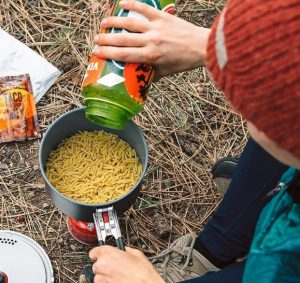 Whether we’re more interested in replicating an MRE or an FSR for evac kits, walkout bags, or home kits, we can find options sitting in nearly any supermarket or budget shopper’s store.

While some will match the separate-entree prices available online, they’re nowhere near as expensive as fresh, full MREs with their full shelf lives, particularly if we also have to pay shipping. Buying by the box/case can make things even less painful on the pocket. 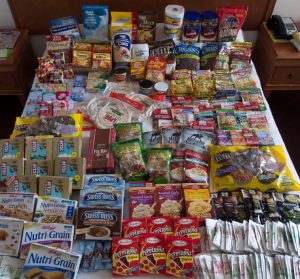 The tradeoff is the invariably shorter shelf life compared to an MRE.

Even so, it’s easy to find 1+ years left on best-by dates, and commonly 18-24 months. Those items are also easy to rotate into our daily meals or donate, and for people who don’t like MREs due to taste, consistency, nutrition, and preservatives, supermarket options can have even greater appeal. 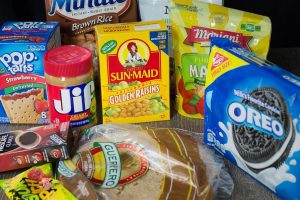 Uncle Ben’s is the most prevalent in my markets, but there are some generics and other name brands out there that can be found in Mylar pouches or small tubs. They readily heat in a pan of water or dumped into a sierra cup. Or, like MREs, they can be eaten cold instead of heated.

There are a few that contain beans, but the portion is small and doesn’t appreciably affect the proteins contained in either the cup or pouch versions. 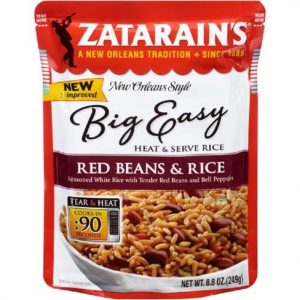 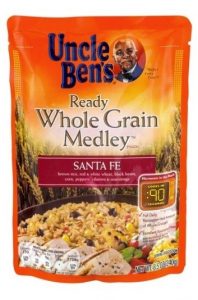 For a more complete balance, tote some of the pouched chicken, ham, or Spam, some generic Slim Jim’s or mini summer sausages, or make sure to boost the protein in other areas of the meal packs.

The Uncle Ben’s rices are also a little bland to my tastes, so pack some Old Bay or Tabasco or spare Taco Bell packets.

Much better on both those fronts are the Prego-Pace-Campbell’s Ready Meals. 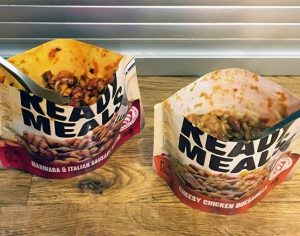 The Pace pouches are right about fifty-fifty rice to “other” with a fair portion of beans and-or meat in there with veggies. They’re typically a little more saucy than the other rice pouches I’ve had, and are borderline too spicy for me (which makes them spot on for everyone else in my life).

I abhor pretty much all canned and MRE pastas and am unimpressed with even the French RCIR pastas, so use that as a baseline when I tell you: The Prego meals aren’t too bad. 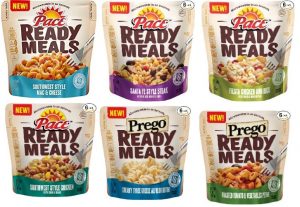 There are some others out there on the internet or by market, to include some fairly nice oriental meal versions that range from having only little specks here and there in their noodles or rice, up to 50% meat and veggies.

The Homestyle Express beef teriyaki rice meals have enough sauce and goodies to spare that I do the same as the too-spicy Ready meals, and add a little extra rice to them.

Since I have dogs, even on the trail none of the extra rice is getting wasted, even though none of the supermarket pouches have zippy-close tops. 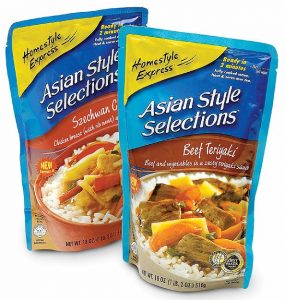 All of these supermarket pouches are gusseted on the bottoms for easy-standing and easy eating, and have readily finger-tear tabs and respond well to pocket knives as you work your way down. (Most MRE entrees still don’t.)

I tend to find all of them for just under $2 in my stores, and typically take that route, although the Prego-Campbell’s-Pace meals will jump as high as nearly $3 sometimes and I’ve found 6-pack boxes online that break out to be $1.25-$1.50 instead.

Price it out locally. 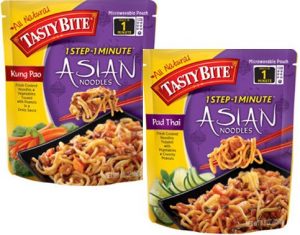 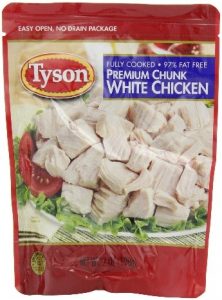 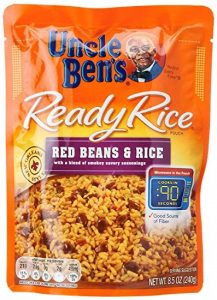 If you can get the MRE sides and entrees on sale, with decent shelf lives left on them, depending on shipping, they may work out better, especially compared to the $1.50 versions we’ll have to add a $0.75-$1.25 pouch/tub/can/roll of proteins to.

On the other hand, if you hate the chemical seasonings and textures of MREs, either the “complete” meals or augmenting with pouched meats may be a better option all the way around.

We’ve come a long way in what’s available on that front. Very little appeals to me daily, but enough others go for the flaked chicken, Spam, and pulled barbecue and all the crazy flavors we douse tuna and salmon in now that Walmart and other grocers have their own competing lines.

Most of the pouched rice and pasta meals and sides have enough room in them for the single-serve packets to be easily mixed in.

The meats are also viable for wrapping up in tortillas or topping crackers – which are also pretty compact and have nice shelf lives, and value all on their own for the ability to not eat another soft meal with a spoon. 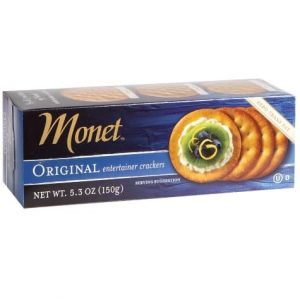 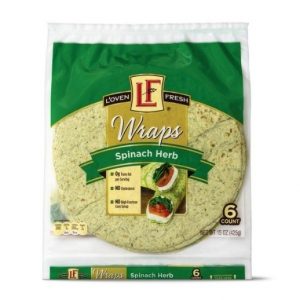 Plenty of entrée-replacements are also available in poly trays, cups and bowls that can help expand our meal options without adding the weight of metal cans.

I don’t find a real difference in survivability in the back of a pickup with a black camper shell that lives where we hit teens and periodically single digits in winter and 110+ with 90+ humidity in summer versus the pouches. 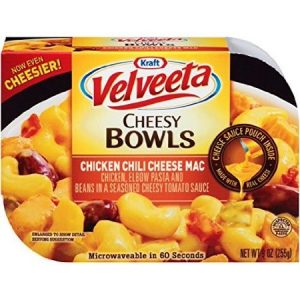 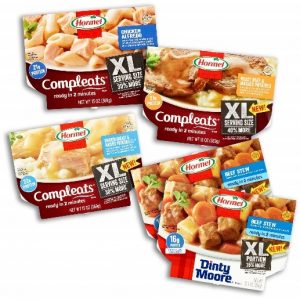 Nor is there a big price difference in my area for the tub options that already include proteins versus the pouches. It’s a little higher to get the tray meals, but only a little and I can regularly find case sales or coupons that leave them in the $2-2.50 range instead of up into $3+.

I tend to find them a bit better in texture and taste than tinned and MRE versions. The Hormel egg versions are head and shoulders above MRE/IMP eggs, more akin to a frozen meal. If you’ve had poly-tray “t-rats” in UGRs, that’s about what you’re looking at for the rest.

They’re viable for heating in pans of water, and they tend to heat faster and more evenly that way compared to the little microwave tubs and cans. 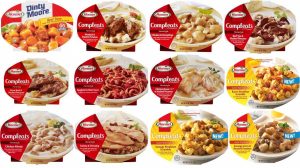 They’re not homemade, but the options that provide larger pieces can be a welcome change to rice and meal-replacement bars, and the plate/bowl can be easier and nicer than dealing with a pouch in some circumstances.

Some like the eggs are viable for making wraps with, which appeals on a number of levels, and the actual (sorta-actual) chunks of meat make most of my family a lot happier.

None of the prepackaged solutions are going to fill my family up. Still, it’s a fairly similar serving size to MRE entrees.

And, just like MREs, augmenting with snacks allows us to boost calories, proteins, nutrients, and belly-filling satisfaction, and to spread our consumption out through the day. 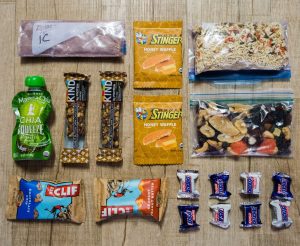 Our local supermarket, Dollar Tree, Aldi’s or Walmart are loaded with calorie- and protein-boosting options for our DIY-ing our own MRE’s.

While many military rations do include a power bar and protein shakes, some of them also get their calories from snack cakes (muffin tops), for-real Pop-Tarts, snack crackers like Combos and Cheez-Its, and filled pastries. 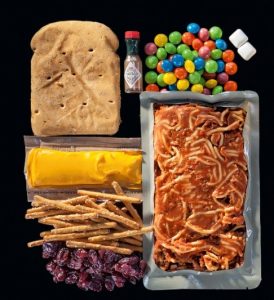 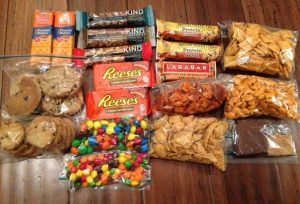 MREs, FSRs, and the CCAR that’s due for field testing in 2020 are filled out with candies, nuts, applesauce, wet-pack and dehydrated fruits, pretzels, sandwich crackers, dry cookies, jerky, trail mixes, and shakes very similar to Carnation and Slim Fast.

Those are all options we, too, can replicate, at nearly any grocer. As with the entrees, buying by box/case even if we want individual packaging can lower the price, whether we’re Dollar Tree or Whole Foods shoppers. 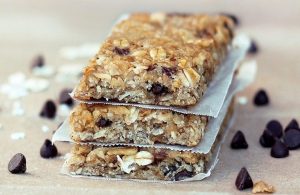 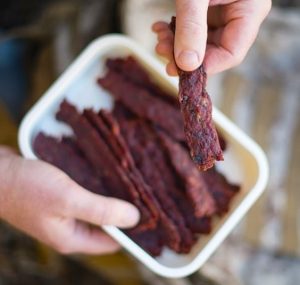 While DIY-ing MREs tends to come from trying to dodge the cost, taste, or weight, remember that the “Ready to Eat” part is a biggie. Whether we’re trying to pack a bag, a tote for evacuations, or an emergency pantry, make sure to include options that don’t require water. 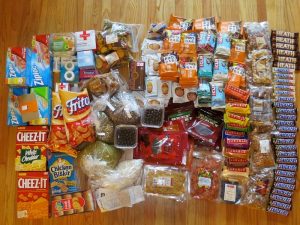 For some other ideas for MRE-like emergency meals, check out blogs and websites for ultralight and no-cook backpackers.

Many are water friendly, and by their nature, they’re as or even more compact and portable than U.S. MREs, and equally focused on fueling people who are burning lots of calories in austere environments. Some of them also include child-friendly, pet-friendly, and labor-saving tips that can be useful for preppers even at home.

My question is concerning survival water. Were u to bury a large water storage tank in the ground, would the water stay potable. ( maybe a 5 thousand gallon fiberglass tank)

Bill Bradshaw >>”My question is concerning survival water. Were u to bury a large water storage tank in the ground, would the water stay potable. ( maybe a 5 thousand gallon fiberglass tank)” – – Not truly indefinitely, but long enough to be close if it’s completely sealed. It’ll develop a taste (just like kegs and cases of water) but there are workarounds, and it’s also very possible to use some simple, inexpensive filters on it on the use side to alleviate issues. An alternative would be to put in a cistern that’s filling every time it’s drawn from, although… Read more »

I’ve looked at many “store bought” alternatives to MRE’s and at MRE’s themselves over the years. I find that for the most part they are highly salted, which I believe would require even more water intake to compensate and have a detrimental effect on us older folks who already have marginally high blood pressure. Likewise canned meats that contain both a lot of salt AND nitrates (which just another form of salt). What’s the alternative? Make your own, using a dehydrator, so you can control or eliminate the salt and/or nitrates, adding a little salt in when preparing the homemade… Read more »

Nemo
>>”I’ve looked at many “store bought” alternatives to MRE’s and at MRE’s themselves over the years. I find that for the most part they are highly salted, which I believe would require even more water intake to compensate and have a detrimental effect on us older folks who already have marginally high blood pressure. Likewise canned meats that contain both a lot of salt AND nitrates…”

— Dehydrating is absolutely an option for home storage or packs, but again, be mindful of water availability.,
There are also the options of home-smoked and home-canned, pemmican, and nut-seed bars.
Cheers!
RA