Editor’s Note: I have to admit that I sometimes (often) cringe when I find out people are from places that poison everything they touch with their politics and I am often lumped in with those people as California is my home state, the state where my two (2) children were born and raised, the state where my wife’s ashes were scattered and where mine will be as well (even if they come up with a law against that as well.)

I speak of New York where, outside of the City and Albany, live some very decent, solid Americans. While at Shot Show 2017 in Las Vegas I had two New York State Troupers in uniform introduce themselves to me with “Hi, we are from behind the liberal curtain.” They were two bright, well-spoken and professionally focused individuals who asked smart questions.

I also had the opportunity in my past to work in Florida, at the Cape and Florida is a place where the retirees from the liberal Northeast escape their terrible winters while importing their terrible politics.

My point here is I want to brag about something from California outside its politics and its out-of-control government at all levels. 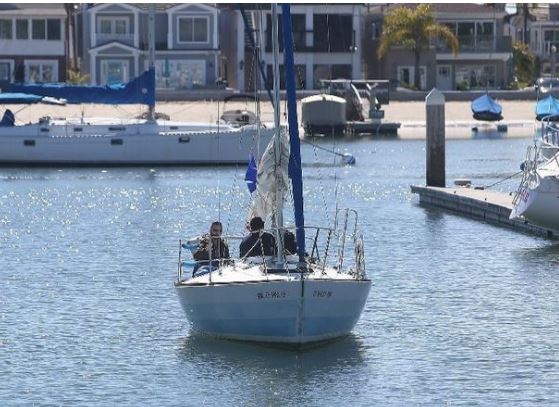 As you know if you have been on the The Prepper Journal over the past 18 months, I still sail off the Southern California coast with a couple of sailing clubs (they own the boats I just have to pay for the rides 😉 ) and one of them is being featured for its charitable work.

I became involved with Sailing Fascination through the Oasis Sailing Club. I was fortunate to meet the founder Tom Tolbert, one of those people who everyone instantly likes, a true gentlemen and a patriot. I now consider him a friend. At that time our sailing was in support of a couple of mental health facilities where we would take a patient and the facilities representative for cruises within Newport Harbor and they were taught how to handle the boat and were given the tiller. We worked the sails.

The boat is a J-24, and I personally did an upgrade on her about 8 years ago, with Tom’s permission, and she has recently been upgraded again. The City of Newport Beach, California provides the slip for free (a big deal) and yes, she has a handicap sticker on her bow and keel and is the little blue boat the red arrow is pointing out. 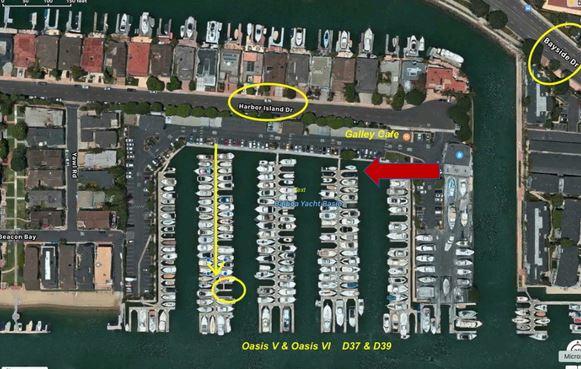 One of the things that drives me to make the trek from Phoenix, besides the amazing people I get to interact with, both other crew and our guests, is that doing so always calms me from the constant bombardment of the Media we all have to make efforts to escape. There is solace out on the water, a calming that can be found in the mountains as well.

IAC the article above, from the Daily Pilot, also ran in the Los Angeles Times this past Sunday.

Be safe out there and giving really is better than receiving.