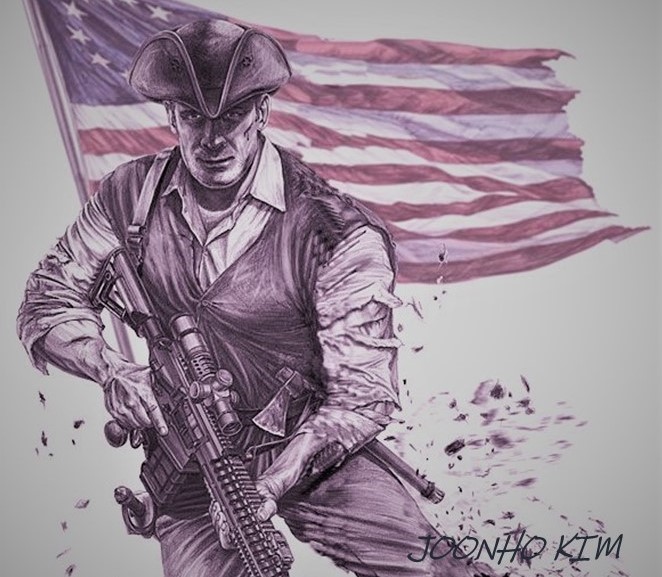 Beyond individual and small-group home, property, and self-defense, we increasingly hear a call for citizens to stand up as modern minutemen. The term is relatively new, but the idea isn’t.

Many preppers have always expected that at some point, they’ll either be joining a group or family, friends, and neighbors with the need to engage an enemy force of some kind. While some of those expectations come from fictional sources, there are some fairly recent precedents that make a compelling argument for the ability to band together. 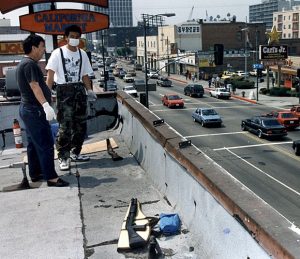 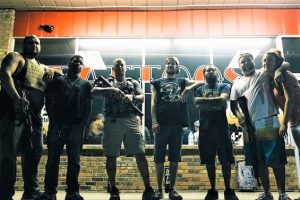 There are also realistic “what-if” situations where a functional independent force not unlike a ramped-up community watch has reasonable applications, long before we start entertaining way-out scenarios involving EROL troops and foreign NWO invaders.

Before we start really looking at individual skills and basic gear, there’s a few key areas that can make or break the success of a Modern Minuteman. They’re things to account for before we gather our gear to march to our woods and fences, and things to ensure any group we join has considered before we sign on, whether we’re signing up now or later. 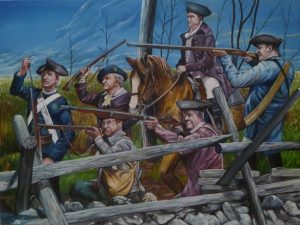 No, I’m not going to dissect the myths and truths of yesteryear’s minutemen (although… http://www.revolutionarywarjournal.com/minuteman-myth/). I’m not even going to split hairs between minutemen and the militia of the era.

I just want to point out that a minuteman was – just like today’s reservists and guardsmen and many fighting forces large and small for centuries and millennia before and after them – a yeoman, tapped to fight when needed.

They were first and foremost workers. Not soldiers. 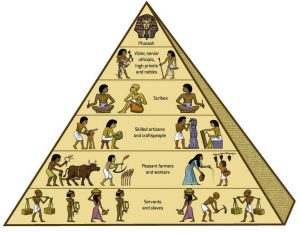 For the greatest breadth of that history – all the way up to the modern eras – most of those yeomen were involved in production and trades/crafts, and much of that production involved foods.

While a pyramid helps start to make that point, they still don’t accurately represent the consumerism and contributions of each group. The stepped versions of trophic/energy graphs start getting closer, but it’s still really difficult to appreciate the magnitudes and exponential’s of input required at each level to sustain a single member of the tier above. 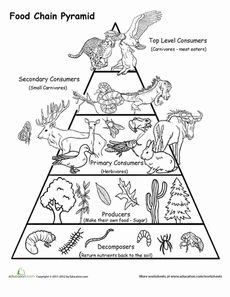 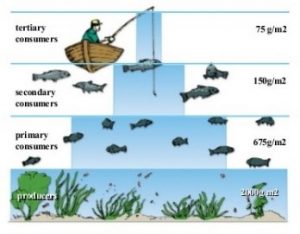 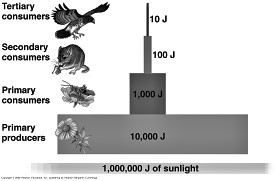 Why am I harping on this opening and seemingly tangential point so much?

Because it’s expensive to maintain all the specialists within a society – any type of specialist, to include part-time and full-time soldiers.

When the American minuteman was born, he was led and organized by landowners and businessmen who were mostly still tied enough to the earth to understand production and man-hours – even the city boys.

Many of our founding fathers and the local militia and minuteman organizers were deeply involved in breeding better crop and livestock varieties for the regions, developing management techniques for timber, and fine-tuning stoves, housing, transportation, and tools to better work the land and make efficient and maximum use of resources. 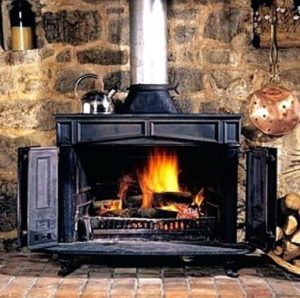 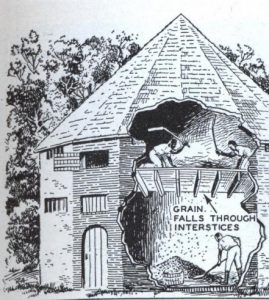 Their citizen soldiers were also deeply tied to production. Even the urbanite craftsmen and tradesmen, the accountants and scholars, were much more aware of their larder needs, and of the seasons – harvests and planting, hunting and livestock, foraging and wood cutting.

They understood time with a powder horn instead of a plow and hammer would impact life. 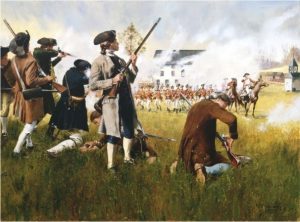 While it doesn’t get the attention other aspects of the Revolutionary citizen soldiers do, the quote traced back to Napoleon was in full effect:

He’s not the first, last, or only to emphasize it. Alexander the Great is credited with saying that his logicians were humorless, because they knew if his campaign failed, the supply chain was going to be investigated first.

Antoine-Henri Jomni described logistics as the means through which tactics and strategy could be implemented, and the main factor in creating those strategies and tactics.

Those logistics range throughout training and deployment, from mobility of troops and supplies, to types of supplies and sourcing them. Everyone involved in every step of that process has to be fed and kept shoe’d, rested, and housed.

As Sun Tzu said, “the line between disorder and order lies in logistics”. 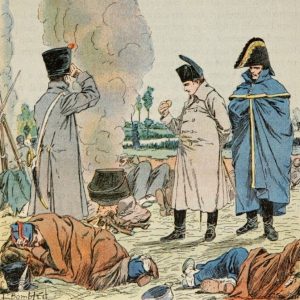 The minutemen largely fought close to home, not called away as often or as far as the standing army and militia. The same is likely to be true of the Modern Minuteman. Even so, and even though we’ll presumably be better trained than the Revolutionary minuteman, we’re at a disadvantage.

See, we’re now largely what would have been the exception among those citizen soldiers and their organizers.

We very rarely have ingrained understanding of our larders or household supplies like water and fuel, of reasonable production/foraging yield expectations, or of the logistics involved with outfitting even short-term, short-distance yeoman fighters. 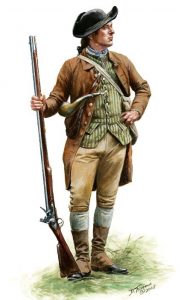 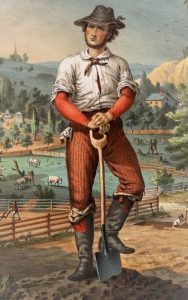 That Needs to be the First Focus.

Whether we expect to stand up in mostly “normal” conditions or during a Big-time Event, get the larder and daily-use supplies sorted. Get self- and home-defense taken care of if you’re vulnerable.

Get basic repairs for water, windows, vehicles, and roofs prepped. Know how to handle common injuries like sprains, burns, and foreign objects in eyes.

*It also wouldn’t hurt to remember how often in history yeomen – right up to today’s irregular/guerrilla/insurgent forces – spend some portion of their time producing food, and start practicing that. 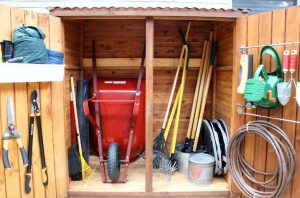 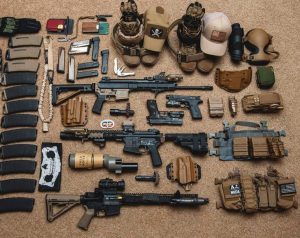 Then spend time and money on the sexy run-n-gun goodies.

Next Step: Intel & Comms – No intel, no comms, no mission.

From the most elite modern warriors to cavemen with bone clubs, we rely on information. Even on a personal level – say, a home intruder – if we don’t know there’s a problem, and what it is, we don’t know that we need to react, let alone how to best respond.

Sun Tzu also weighed in on that front. Importantly, he emphasized honest self-assessment and understanding of the community at large along with accurate assessments of the opposing force.

That self-assessment is enormous.

Being good at making that call is one of the things that made successful resistance fighters difficult to counter even before the Swamp Fox dove around fences and trees instead of lining up to engage Brits with big “X marks the spot” on their chests. It has continued to run empire-ruling armies ragged in the centuries since. 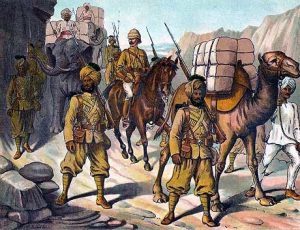 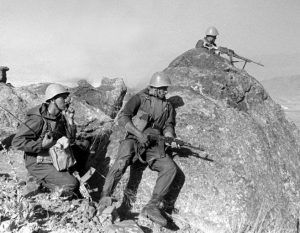 Whichever extreme we choose for our scenarios – commonplace likely events that occur even today or restoring order or freedom during or after something huge – the Modern Minuteman can expect to be facing larger numbers and-or better-equipped professional militaries, just like the guerrilla and insurgent forces before them.

They, too, are going to rely on accurate self-assessment combined with accurate calculation of both the local community and the enemy to successfully engage. 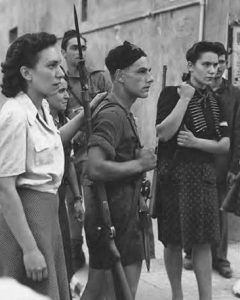 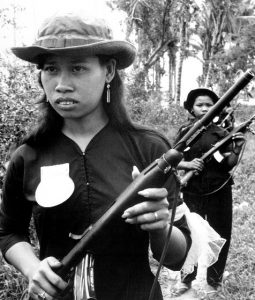 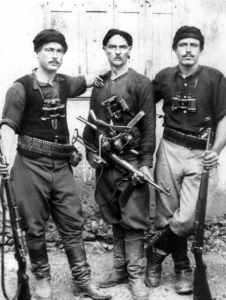 Denying enemy intel on us is also a biggie. After all, they’re using information the exact same way we hopefully are.

Again, it’s “no intel, no comms, no mission”. Without the ability to trickle information both ways, intel does no good. Willing, able parties with the best training and all the gear in the world can be rendered totally inoperable without communication systems.

Those minutemen had to be rallied, remember. 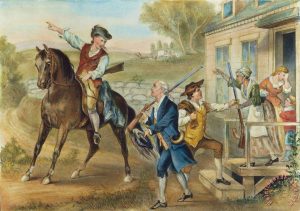 Somebody had to tell them where they were massing, and then somebody had to decide on a plan of action based on available information. Unit and individual assignments and instructions had to be passed.

The most likely scenarios leave phones and texting an option for Modern Minutemen. We also have regular ol’ Motorolas. I’m a fan of SSB-CB for middling distances due to cost, ease, lack of regulation, and the possible ranges without repeaters, but there’s also HAM radio – which will also send texts and email these days – and even field phones from various eras.

We can also make arrangements for a low-tech Twilight Bark https://theprepperjournal.com/2017/03/04/radio-silence-communication-without-electronics/,  some of which offer pretty decent ranges if we have line of sight. 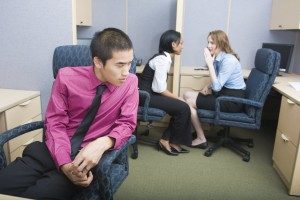 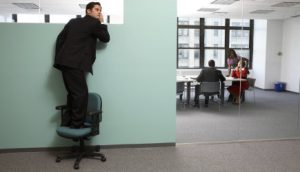 For near-area alerts that we should check something like a flag, hobo symbols, or message board system, or to tell neighbors on standby that it’s time to rally or to man their stations, we might also consider things like canned-air stadium squealers and boater’s fog horns.

(Having a variety of grid-down comms systems has all sorts of benefits even if A Big Thing never occurs. It also applies to things that have nothing to do with gun-toters: riding to the rescue for births, warning about fires and rising water or stock-killing loose dogs, saving steps and time to call people in for breakfast, telling neighbors we’re sick/injured, helping each other with planting and harvest…) 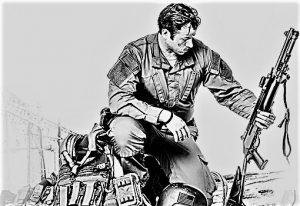 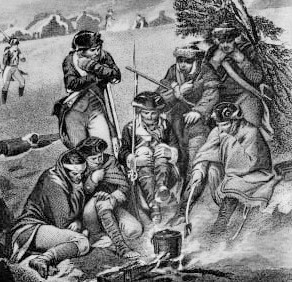 The idea of a fast-response or defensive force citizen soldier isn’t new. Nor is it fading away anytime soon. It’s not just tactics, though, or the gear each individual and team needs to employ them. It’s not even the basic skills and abilities required to engage in a fight.

Before we go whole-hog on the combat aspects of the Modern Minuteman, take some time to seriously game plan the basic tenets of logistics, comms, and intel.

Nice article. I am a member of a group of preppers and we have created a list of potential needs and have been trying to fill these – 2 of us are getting EMT qualified and 3 are getting ham radio liscenses for instance. Too many preppers focus on individual survival and gear when community and group preparation is going to be so much more important. We have a doctor, nurses, plumbers, carpenters, an electrician, a master gardener, a civil engineer and a veterenarian among many other professions. We constantly give classes to other members in what we know or… Read more »

Serious Jon,
Thank you!
Nice group composition and focuses, although, when it comes to knowledge and tools, I’m of the “balance/moderation in all things” mindset.