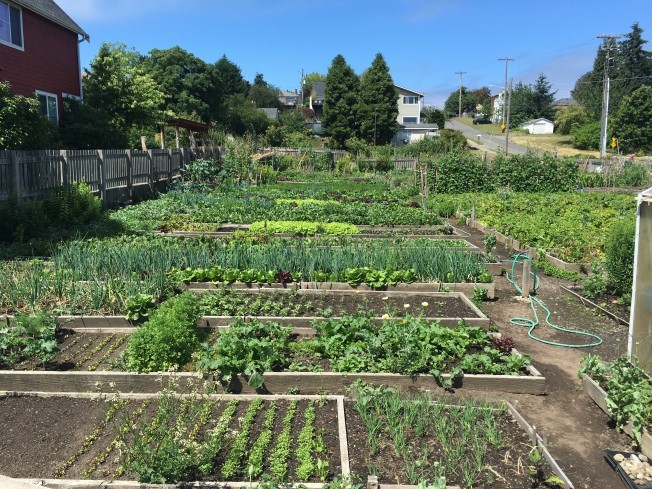 Preppers can reap some big rewards by applying some of the habits of successful market gardeners and small farmers to our home gardens.

See, they have an eye on profit, which means an eye on efficiency. Most preppers aren’t looking at cash income from the garden, and scale matters even in for-profit growing, so there are some common practices we should actively avoid, but there are plenty that can save us time and resources.

That’s precious enough for now and will be even more so any time our spending power is limited. 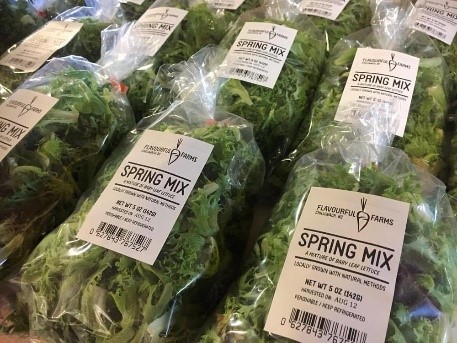 Before planting, successful market growers tend to have established their markets. It could be farmer’s markets, tailgate sales, roadside stands, restaurants, grocery outlets, or an ag professional who compiles orders for those latter from numerous local farms. Each market requires figuring total produce needed and working backward to planting dates so they can be served. The growers who wing it without either step tend to make less profit.

We want to emulate the first group.

We don’t have to worry about diversification or coolers of products that didn’t move because restaurants went under or weather kept the public from shopping, but it’s the same general concept.

We want to start out with an idea of our end goals in types of produce – how much we want for fresh eating and preserving – and from there work backward to harvest goals, and have an idea of when we’ll be harvesting. 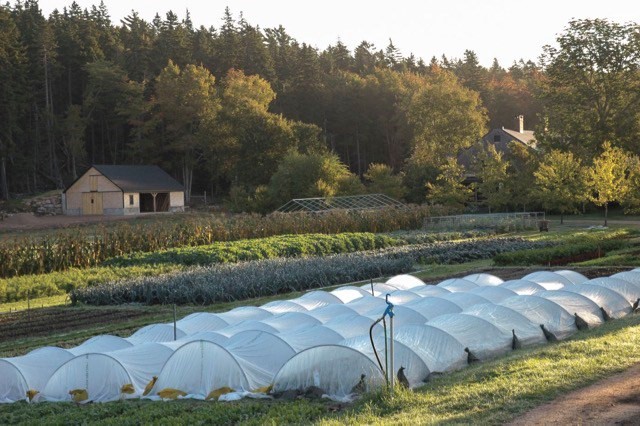 One thing almost all market growers do, from tiny backyard operations to folks cultivating in excess of 2-5 acres, is investing in row covers.

Usually, there are several in play – a mesh or cloth cover used to prevent insect access, which can also function as frost protection, and plastic sheeting used for cold protection.

Those covers add too much time to the period when a cultivated plot can remain in production for most professional growers to skip the investment. They may start small and add to it incrementally, but they get them. 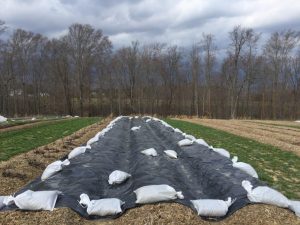 That patch we were just growing in is precious. We want to keep as many nutrients and soil amendments in place as possible, and prevent as many weed seeds as possible now that we’ve spent hours a day/week/month weeding and conditioning it. However long it will be between plantings, especially the smaller ag operations get it covered.

Pros are mostly going to go to poly silage tarps sooner or later.

For home growers, anything goes. Baby pools, straw, cardboard, cover crops, salvaged wall paneling, leaves, heavy-duty curtains, thick blankets, wood chips, newspaper weighted with sticks – anything that doesn’t run away fast enough. Flip the wheelbarrow over a patch, park the mowers at the ends, whatever it takes to cover as much as we can, best as we can.

Really. Whatever it takes.

Whether they’re direct sowing or transplanting, growers regularly start an extra set of seeds to fill in any gaps that appear. It gives a uniform harvest and makes the best use of space. 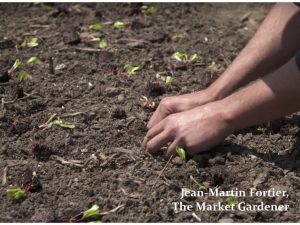 This video https://www.youtube.com/watch?v=fyNacaaUWsI demonstrates market garden practices for beets that applies to preppers, to include extra seed sets. The indicator crop demo’d with radishes is also a biggie – and on most home scales can be harvested for spicy sprouts or spaced out more for the roots.

For super small gardens and those feeding even 5-8 people, the predictable, consistent yields and turns from a whole vegetable bed at once isn’t as vital. Having a 2’x3’ or even a 30”x25’ patch at different stages of development doesn’t affect our harvest efficiency or totals that much.

There are also plants that will basically catch back up, especially if we have more than 100 days to our growing seasons. Indeterminate squash and pole or bush beans are examples where even if they don’t reach the same total yield, replacing a non-starter with seed with a 10-21 day gap instead of having same-age transplants doesn’t greatly affect our harvest or space use.

There are also cases where, due to stronger light and warmer soils, fill-in-the-gap direct-sown seeds will catch up to buddies that were started under cold frames or planted as soon as the soil was warm enough.

It’s typically the crops like salads and small tubers and roots, that are both densely planted and faster-growing (35-65-day harvest ranges), where we’ll want to have backups to transplant if there are holes. Otherwise, we’re potentially “losing” the yields that empty space would have produced.

Big-time commercial growers will accept losses – like expecting a certain ratio of blanks in a cornfield. Smaller growers, even the professionals, can’t afford it. 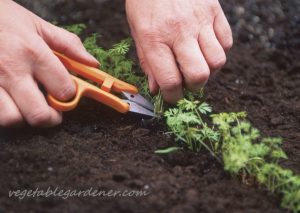 Now, there are absolutely exceptions, and scale totally matters on this one, but… Thinning is wasteful. Market growers and preppers in a busy world or in a world with reduced or nonexistent outside resources and are in lockstep on waste – we want to minimize loss wherever we can.

Both daily hours and seed are finite resources. For most of us, so is both growing space and growing season.

If we’re thinning, we’ve spent time and resources planting unnecessary amounts. Then we spent more time (and possibly additional resources) pulling them out to avoid overcrowding.

We also “spent” soil fertility on them (we’re moving homemade compost or manure around, or are buying and spreading fertilizers, which those seedlings may have started sucking up). We may have pumped extra water for them. That’s additional time and resources used for something we’re pulling out at 1-12”.

Especially if the trimmings are laying in a field, hitting compost, or represent such a low fresh feed amount we’re not adjusting anything for livestock … that’s not making use of a byproduct. It’s just extra work and resource waste.

There are exceptions. Planting schemes that make it fast and easy to harvest edible seedlings for human or livestock consumption works for most small-scale growers. Gardeners with truly limited growing season and who are super-crunched on space but have the time and copious seed are also exceptions.

High seeding rates for plants with low germination is a given – that’s not waste at all. If they’re doing the job of a cover, where having denser plantings actually lets us save time and improves our harvest because it limits weed competition, that’s different, too.

Any good organization tracks expenditures and results, sports teams to charities to production and services. It’s easier for us than market growers, here, too, though. We’re just going to cruise our pantry stocks and make notes (actual notes).

If we ran out of tomatoes, we want to plant more and-or trial some alternatives and-or increase types to avoid a big shortage if it’s a bad season. If we have more left from the previous season than we want when we start canning/drying again, we assess how many extras we have, and decrease.

(If I want to reduce pantry stock by 30% next year, I’d only decrease planting for a 20-25% reduction in case it’s a bad year. I’d rather decrease again the year after than run short.) 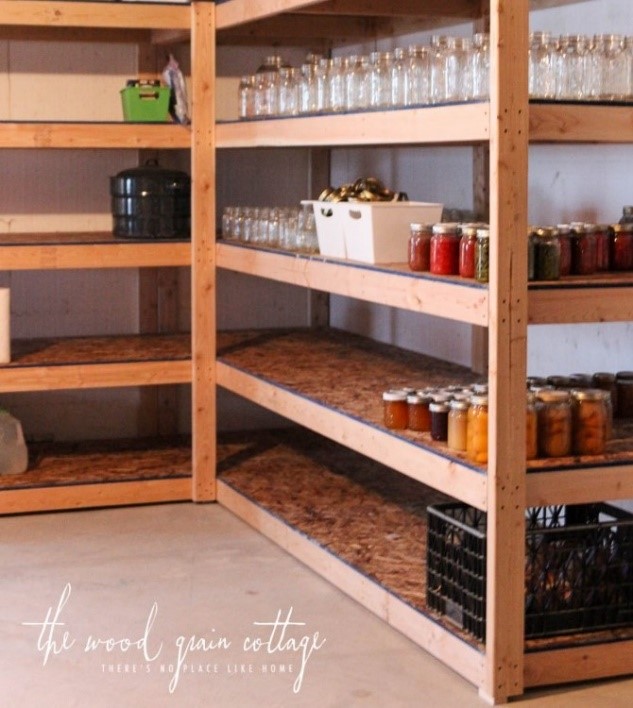 If we still have a few as we’re canning/drying more, we’re on the money and trials will be solely about increasing variety, efficiency, or productivity.

Professional growers must spend additional time tracking and crunching numbers on whether a crop type is worth growing or not, the outlay in pest control and fertilizer and water, labor hours, and planning ahead for infrastructure maintenance.

Ideally, we’d do the same there, as well. We just have a different baseline for profitability.

Seed is a cost they factor as well, especially since the pros aren’t keeping back their own seed. Yields by variety and finding the ideal seeding rate can hugely affect their business. That’s one we want to dial in, too, as much as possible.

We also both consider packing and packaging, just differently. Our other infrastructure and skills will affect where we most want to concentrate on post-harvest processing and storage.

It’s a great time to be a market grower. Small urban and suburban farming is exploding right now. Those growers have a lot riding on their success. Since they can’t risk repeatedly failing, they ask for help.

And, the climate being what it is, usually they find it. Like us, they have to cull through a lot of information, find answers from people growing in the same environmental conditions and styles they are, but it’s largely a supportive community.

In this golden internet age, we can easily find blogs, Facebook groups, and YouTube channels produced by market gardeners. Some of them are especially useful for preppers with tight land limits as urban and suburban ag continues to enjoy increased attention.

Remember, though, that while many of the tricks of the trade apply to balconies and backyards, our bottom line is different – they need dollars and cents, and we’re trying to maximize food value. That means that especially what we grow, and how much of it, is going to be significantly different.

Also bear in mind there are also planting styles, media, and schemes that can be very efficient and profitable at a small scale that wouldn’t work for market growers.

Mostly, though, we share a focus on making our efforts profitable. That makes professional-level strategies an excellent study while practicing our survival gardens.

This is a really great idea and article. I have watched a lot of videos from market growers and even incorporated some ideas from them but this article really helps put focus and direction to it. This will help to be deliberate in applying those lessons.