How Do You Prep For a Government Shutdown 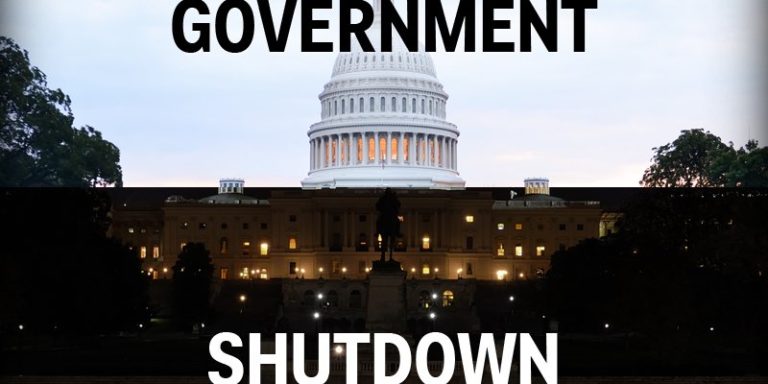 Editors Note: Did a shutdown happen? Or did the never-ending circus in Washington D.C. continue with business as usual, $10,000,000,000 earmarked as aid to Mexico and Central America, and no funding for a Border Wall, or security? (Those nations need our $10,000,000,000 for what exactly? And it is an emergency because? I am fuzzy on all this.)

Was it the same “next time” argument fed to a populace numb from government inaction? The Prepper Journal is winging it’s way away for the Christmas Holiday and while I will look this morning, I will do my best to tune out the on-going nightmare from the Northeast. Either way the information below should be of value to preppers, for today, or for the same old lame threats “the next time.”

Google says “In United States politics, a government shutdown occurs when Congress fails to pass or the President fails to sign appropriations: legislation funding federal government operations and agencies.” And in typical fashion, I had to edit that statement to correct the typo’s.

Google also says “In fact, in the four decades since the current system for budgeting and spending tax dollars has been in effect, Congress has managed to pass all its required appropriations measures on time only four times: in fiscal 1977 (the first full fiscal year under the current system), 1989, 1995 and 1997.” And these are the people we continue to reelect.

So that would be under Gerald Ford, Ronald Reagan and twice under Bill Clinton. An even split (and zero success since.) So, for an endless stream of political theater reruns, a worn out stage for grandstanding and threats, this game of chicken with American citizens lives and fortunes, is business as usual to the occupiers of government. That is how I see 4 out of 41: No NFL quarterback or coach and no MLB player or manager, would keep his job with those stats. For that fact no coach at the college level as well. A better one is would you fly an airline that has a success rate of 4 out of 41 successful landings? 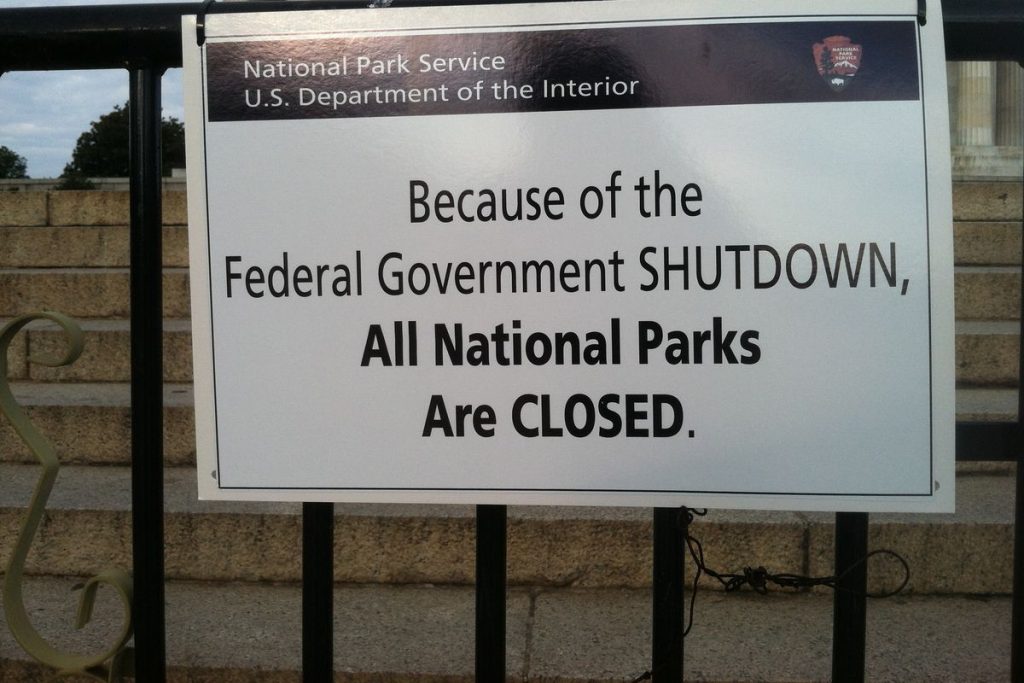 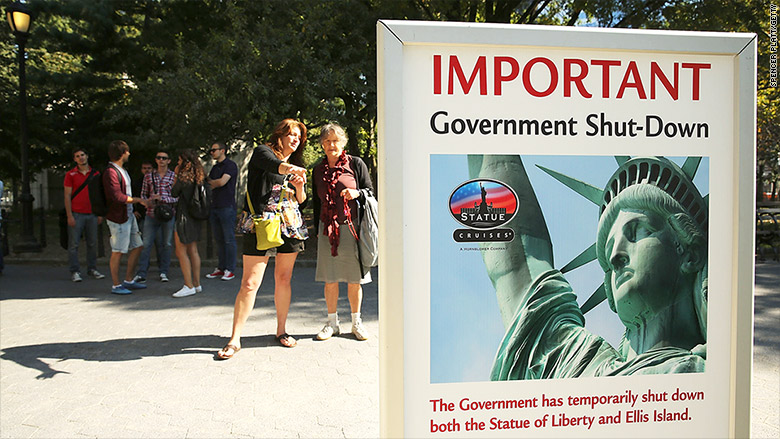 And what will happen, the doom and gloom is everywhere. For every article saying one thing you can find another saying the opposite.

Who Gets Shut Down

As preppers we prepare and the basic services that the federal government provides us will remain in place. While Yosemite and Yellowstone may be closed, the military is still on duty though they will not get paid until Congress appropriates the monies. As CBS News states – Only once Congress acts will the military be paid. According to the Department of Defense, the military, along with “essential” civilians, will not be paid until funds are appropriated. Troops will continue to earn their paychecks but won’t receive them unless and until a new spending bill that includes back pay is passed.” So they take yet another one for the team in this on-going demonstration of what failed in the sandbox over toys in kindergarten is still the mainstay of negotiating tactics of these mature adults, our elected representatives. 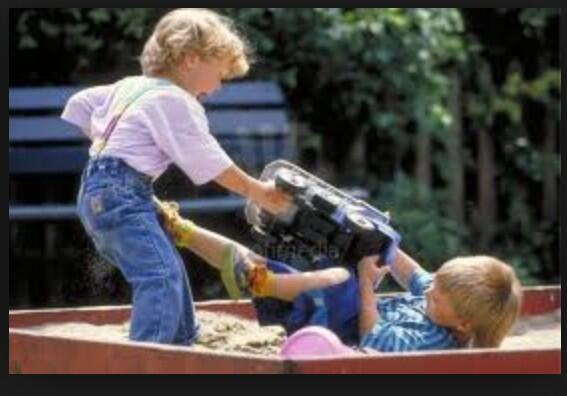 That hurts. But then we always lose when adults act as children, or criminals.

Social Security and other government entitlements will continue as scheduled.

The grocery stores will receive their regular deliveries and supplies will be available and should a disaster strike FEMA and the American Red Cross and other agencies will step up. Utilities will be unaffected and the internet will still be available, avoiding the crisis ever parent fears the most, having their child meltdown and then having to occupy them in other ways.

But THIS Shutdown May Be Different

The unparalleled hate that exudes from every pore of every Washington D.C. insider for this President can not be denied. New members of the House of Representative who ran on this platform of hate, impediment and even impeachment were just elected and will further this agenda in the new year. The incoming Attorney General of New York has vowed to investigate everything and everyone associated with Trump in any way. Silly me, I thought they were elected to investigate crimes, not manufacture them. The witch-hunters of Salem are alive and well and embodied in every branch of our local, state and federal governments. 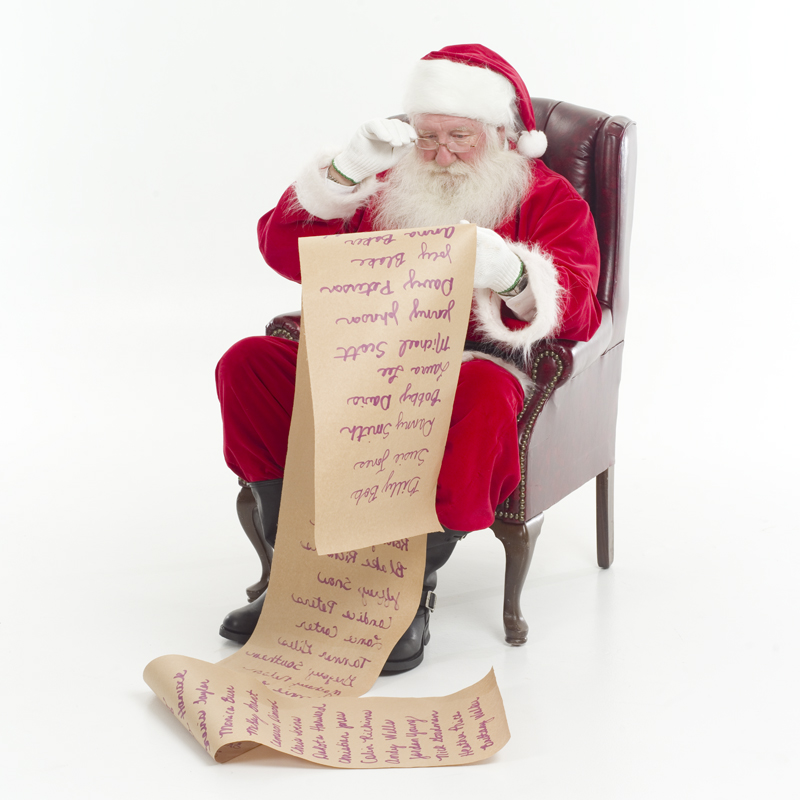 The point here is that this dinner table is set like none before it. No chair is safe and the traps are set everywhere. And a shutdown presents an opportunity to punish those that are not responsible. As preppers this really is a call to embrace Santa Clause’s basic rule, making a list and checking it twice. Reviewing supplies, plans and assets. The Prepper Journal has written before about the financial planning one should consider and this may become a string of rainy days as the old rules of compromise, civility and a desire to do what is best for the country are gone. We can only hope that our military personnel have had the opportunity to put away some cash, and they have the support of family to help them should this not be settled in a day.

Since I will get roasted for bringing up politics in the first place, even thought this event is happening on the day it is being posted, I will add two more points to consider.

When I Googled “government shutdowns before 2018” the first sixteen (16) items returned were about today’s proposed shutdown. And the results of a search for “how many times did the government shutdown during Obama’s presidency” had similar results, the first seven (7) items returned were again about today’s shutdown. My reason for the search is that during the 2013 government shutdown, which lasted sixteen (16) days, a total of 841,000 “non-essential” government workers were furloughed. When they returned to work they were given their back pay and any other benefits that would have been earned (vacations, sick leave. etc.) 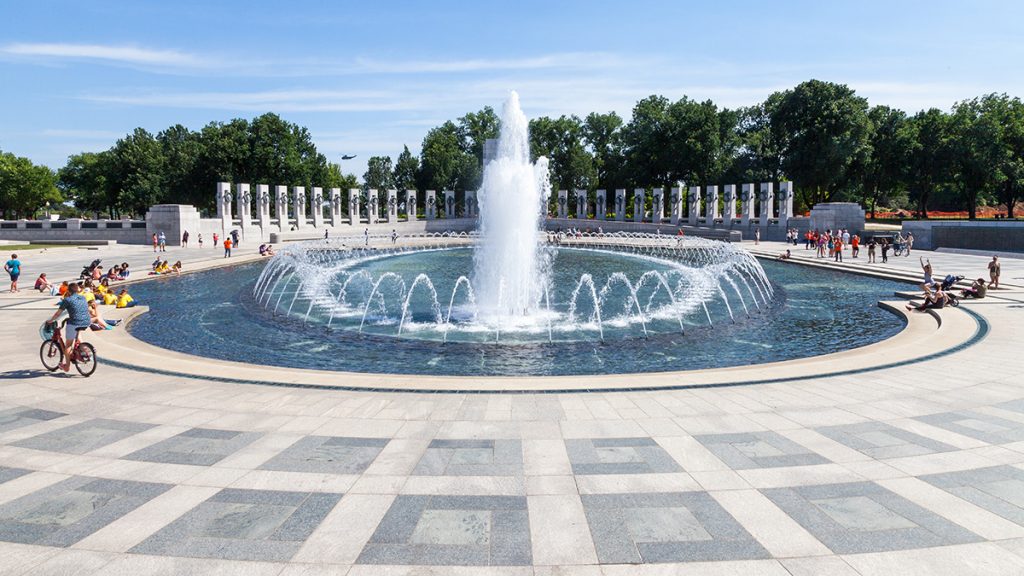 But there was a glimmer of bright light then as well as the World War II Monument in Washington D.C. had guards posted to turn away visitors. The light comes from the fact that this is a static monument, has no staff and has no gates or fences. The shutdown government actually paid a private security service to deny people access to a facility that normally has no control on its access.

This, as much as mother nature, is why we should all prep. Today’s shutdown may not even happen but the Sword of Damocles still hangs above us.

If you want to know what really happens and how much it costs all of us taxpayers then let me know. I’ll post more as I can but it will be sporadic as I’ll be taking a second job to pay my bills.

The one you call a giant 4-year-old is spending Christmas eve in the White House, working for the American people, while Pelosi and Schumer are on vacation. Trump has a proposal to end the shutdown, but congress is not there to consider it. Schumer thinks that $5B for a wall is a waste of money, but spending $155B a year to support people here illegally is alright. Liberal Logic! Don’t get me started….

I deleted the comment you are responding to John, it was the same canned mantra of the media and the donor owned swamp dwellers. BTW, the “budget” according to Rand Paul, who I would believe before any media outlet, contains monies for Foreign Aid to, ready, China. There is also rumor that it contains more than $5.7B in aid for Mexico and Central America. No one will admit to that, looking to see if that information is available anywhere.

You hit the nail on the head with the statistics. My point. Allegedly elected representatives openly abuse their power of privilege and our taxes to invent crimes against political opponents and citizenry. They also invent crimes against men, Christians, white people in general, high wage earners, gun owners, property owners, scientists who don’t tow the line, successful entrepreneurs, small business people, heterosexuals, and if global warming bs means anything its that not only is our existence now illegal, its also toxic to the environment. Does anyone understand whats really at stake? So what are we prepping for and who against?… Read more »

Incredible post! I didn’t knowral of these assets and I will go look at them now!