MIL vs MOA: Understanding The Difference in Scope Measurements

When the military standardizes particular ammo calibers, the civilian world usually catches on. Although it was not made as a military round, the 6.5 Creedmoor chambering suddenly becomes very popular in the long-range shooting community and thus the quest for the perfect 6.5 Creedmoor Scope gained considerable interest among competition shooters and hunters. 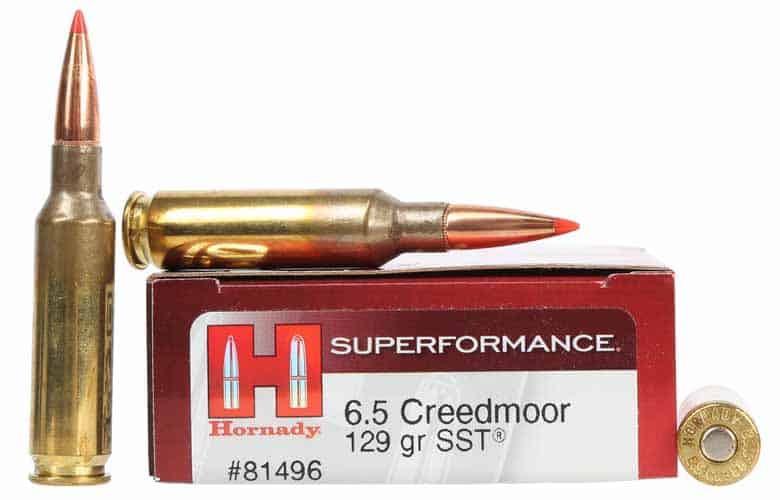 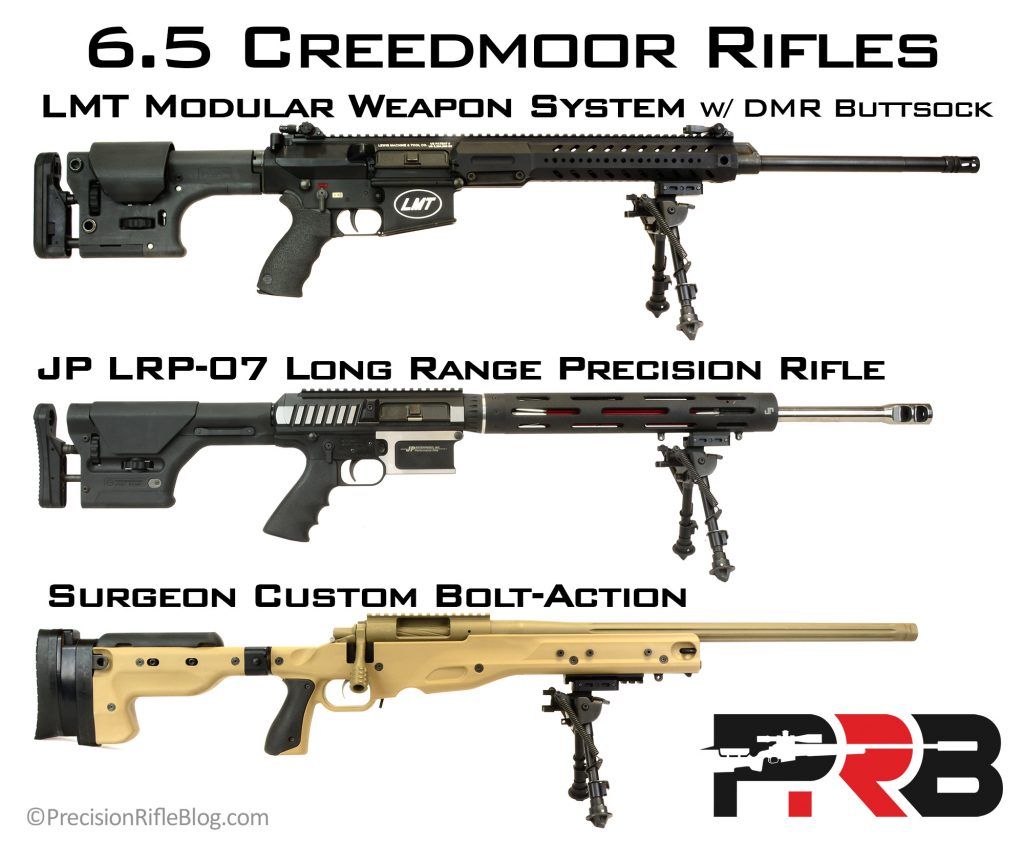 While a few decades ago, “long-range” was considered distances of 400 to 800 yards, today those ranges are well beyond 1,000 yards.  Currently, more and more target shooters and long-range hunters skew towards specific rifles chambered in an adequate caliber and equipped with specially designed optics featuring more precise ballistic reticles.

For a better understanding of the difference between these two terms, let’s explain their names and roles in precision marksmanship.

With a growing presence of those long and mid-range-capable cartridges and more affordable precision rifles, the conversation between long-range shooters lingers around MIL vs MOA. 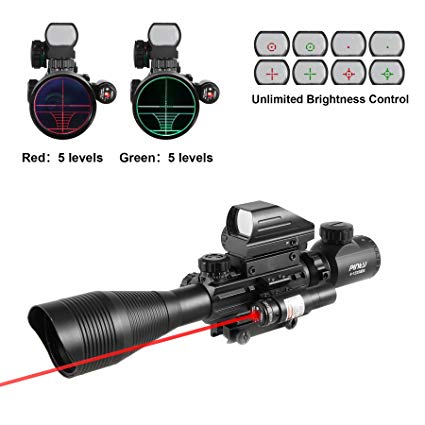 Actually, you can’t really go wrong with either.

Until the first decade of 21st century, the Minutes of Angle (or more precisely “minute of arc”) were the only accepted units of measure for riflescopes and gun accuracy among North American hunters and shooters.

Somewhere between the years 2005-2006, that measuring method was followed by the advent of milliradians (MIL). Factors that contributed to the spread of a new angular unit of measure were influenced by the military standardizing on the MIL system and the decision of many optics manufacturers to focus on MIL-based systems (milliradians).

As said, both angular measurements are created for measuring small angles to compensate for the effects of Earth’s gravity and wind deflection with an MOA as a finer unit of adjustment. On the other hand, a reticle with 1 MOA hash marks is not as fine as a rifle scope with 0.2-mil lines in it.

A True MOA represents a 1/60th of one degree that subtends to 1.047″ at 100 yards but for simplicity’s sake, lot of shooters simply round that figure down to 1-inch at 100 yards.

With even some riflescopes factory-calibrated for Shooter’s MOA, this standard known as S-MOA would admittedly have been inaccurate, especially if we know that extra 0.047 inch matters more than ever when modern rifle/ammo combinations allow for shooting well beyond 1,000 yards.

Since angles operate proportionally, that MOA value increases with distance, so at 200 yards one MOA equals 2-inches, 300 yards is 3-inches and so on. At 1,000 yards the angle of one True MOA translates to 10.47-inches or 10-inches rounded.

While both units represent measurements of an angle within a circle, there are a lot of misconceptions surrounding them. One is that “Mils” stands for “military” which is not true, as it is short for milliradians and represents 1/1,000th of a radian. And a radian is an angular unit of measure commonly referred to as the metric measurement and in the scope industry it is expressed in 1/1000th parts or a milliradian.

Many of the high-end optics (riflescopes and spotter scopes) are made in a MILS standard, but for the sake of truth, mil is not exclusively a metric measurement and can be used with both the metric and imperial system. 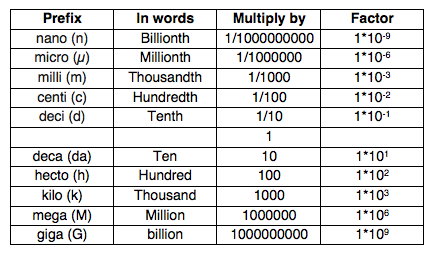 Just as a side note, the math remains a little easier for those who know the metric system as the converting from MIL to MOA math formula can be difficult. If you are still trying to use the MIL system to do range estimation in yards, you may end up with using strange numbers and constants like 3.6″ and 27.778 to account for the necessary conversions between the metric and imperial systems. Adoption of the metric system worldwide: 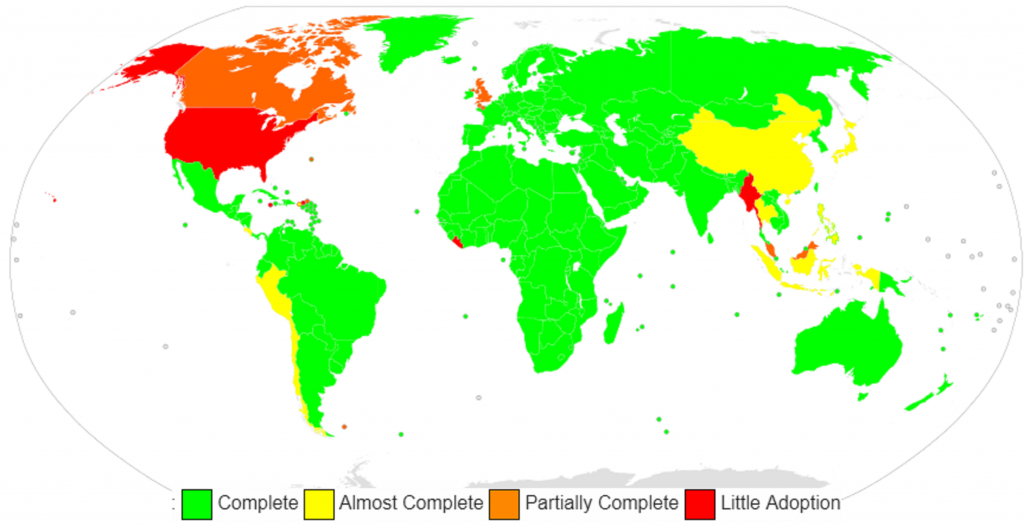 Since most countries outside the U.S. have switched entirely to the metric system, their scoped shooters will find milliradians much easier to use and to do the math. 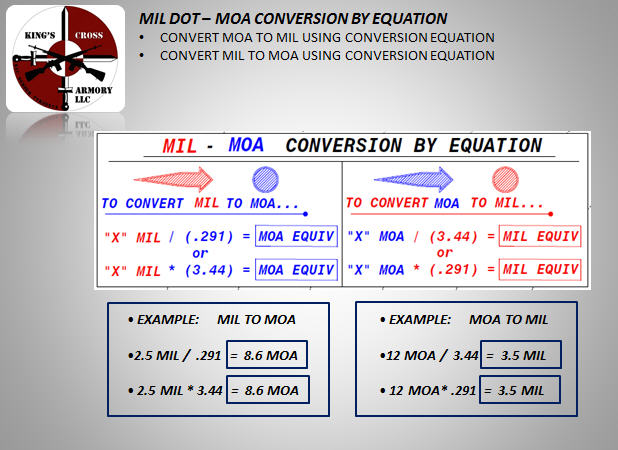 To take a lead from Lowlight at SnipersHide.com who thinks “outside of the disciplines like Bench-rest Shooting and F Class, Minutes of Angle should be retired. We have bastardized the unit to the point people have no idea a true MOA is not 1″ at 100 yards, or 10″ at 1,000, but 1.047″ and 10.47″ at 1,000. If you round this angle, you create errors at the longer distances. We shoot at longer ranges, 5% is a lot more than you think.”

5% is a lot more than you think at the longer ranges and most American’s chose to stick with the easier math, and compensate with their practiced “Kentucky Windage” at the longer ranges. I certainly can’t present any proof that they are wrong other than this chart from 5 years ago with just a small sampling of competitive shooters: 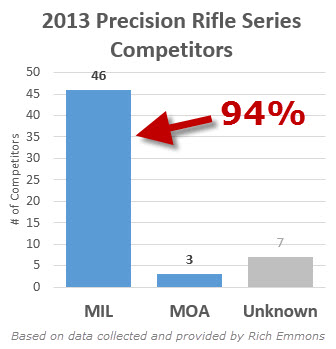 Lowlight makes the point further on that “a reticle with 1 MOA hash marks is not as fine as a scope with .2 or even .1 (MIL) lines. You now have to break up an already fine 1 MOA into quarters; vs. already having reticles with .1 mils.”

A general rule is most people would prefer to use the one with the measuring system that they are comfortable and familiar with, however, as Americans, we should really start thinking in the angular unit of measure you have in your rifle scope, unless you have some bucks set aside to change the scope out. Considering the “Milrad” or “MIL”, as a completely foreign concept designed for the metric system, we have the potential to be limiting ourselves at the longer distances to maintain our comfort level.

As a prepper who believes that the SHTF, TEOTWAWKI is a real possibility we need to plan accordingly, and 10.47″ at 1,000 yards is not really acceptable considering the changing landscape of rounds and rifles and scopes designed to get the maximum performance out of them.

The is especially true of the prepper who is taking a real assessment of his or hers abilities and value as they age. There comes a point when you realize that you really can’t mimic your Call of Duty avatar, that climbing walls, kicking in doors, clearing urban spaces and repelling behind enemy lines is now for others, so you are left with developing others skills to make yourself of value. Long range accuracy is one of the first things that comes to mind if you want to stay in the fight. 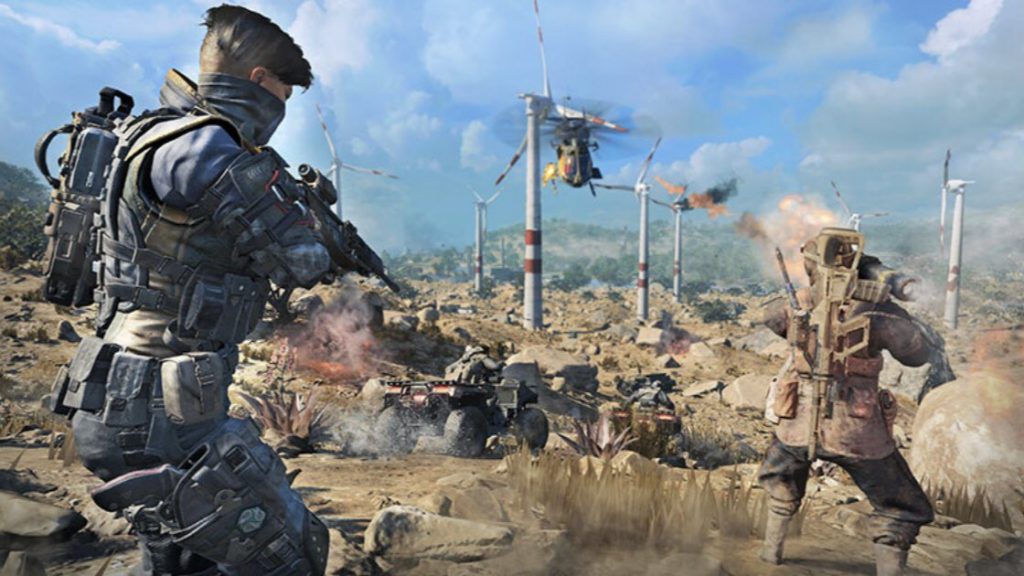 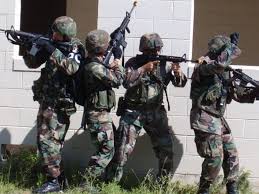 Therefore, the U.S. hunters commonly use Minutes of Angle to quantify a rifle’s accuracy, because it operates cohesively with inches and yards. By some surveys, most of U.S. hunters and newer target shooters lean towards MOA, while around 90% of the pros use MIL based optics.

Of course, it does not mean that the MIL system is better; it just means MIL riflescopes are more popular for precision rifles and those looking for a 6.5 Creedmoor Scope. With more product options, MIL based scopes and reticles are on the rise because Mils are much more intuitive than an MOA-based system and much easier to master despite the metric system.

Whatever you decide, the best advice will be not to mix reticle and turrets (dials) of different units, because that doesn’t make a lot of sense.

Next step will be to adjust the cross-hair by turning the turrets. If you owe a reticle/turret system that is either MIL/MIL or MOA/MOA, you can quickly dial adjustment for a rapid shot.

However, if you have purchased a scope (usually an entry-level) with a Mildot reticle (MIL based) and the turret adjustments in 1/4 MOA clicks, doing the math in the field will indeed prove challenging. There is a lot more to sighting in a rifle at 1,000 + yards than meets the eye.

The biggest variable in any equation, no matter how it looks on paper is the individual looking through the scope. Regards

Mills are faster to dial and hold if any kind of speed is needed.

example you have to make a six hundred and a thousand yard shot.

In Mills I can dial or hold 3.3 and 8.8
That means I’m not even on a second revolution of my turret.

That’s a whole lot more dialing and counting and with multiple rubs involved, easy to lose your zero or forget your place.