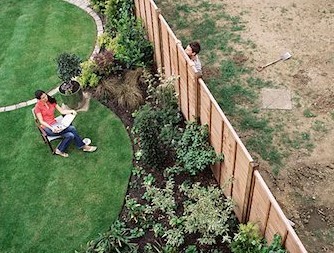 Keeping Up With the Jones’s

By Guest Contributor on December 4, 2018 0 Comments

Whether we’ve been prepping for a whole two hours now, two weeks, two decades, or a couple of generations, there’s always going to be somebody who is or has “more” and “better”. More training, more skills, more supplies, more land, more plans, more support, a better location, better supplies, more and better people with them.

Don’t let it Daunt You 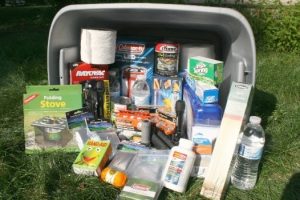 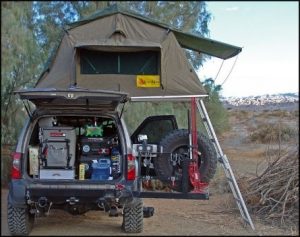 Really, though, what’s happening over the fence and through the window doesn’t matter. Their journey and current position may be interesting, but that’s all. Interesting for consideration, maybe even funny or inspiring.

What it can’t be, is our measuring stick.

Feeling “behind” other preppers isn’t worth it, because it’s never going to change. Somebody will always have and be more and better. It’s universal, in every area of our lives: jobs, sports from t-ball to shooting, hunters, anglers, cooks, neighbors’ yards and cars and spouses and lives. 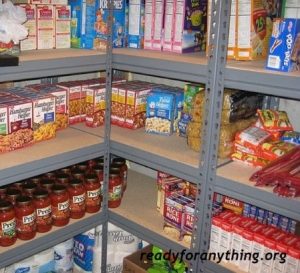 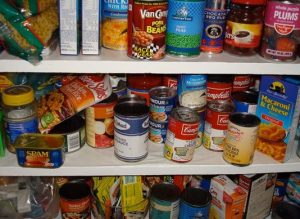 Images: Which pantry is better? One’s neatly shelved name brands, which might indicate wasted money or might belong to an extreme coupon-er who filled those shelves for $25. One demonstrates homesteading skills but doesn’t show much variety (bad garden year?) and may mean a family can’t afford much supermarket shopping. One’s disorganized, but displays a variety of food groups, including some generics that may have saved money to apply elsewhere. So, which is better? With just one snapshot we can’t begin to guess, even applying broad, general guidelines.

We can compare apples and oranges from various perspectives – durability and nutrient content of the fruits, hardiness of the trees, ease and mess in consumption, cost of fruit in stores, potentials for booze. Regardless of their situational “better-ness”, they are always going to be two different fruits.

The Jones’s are not me. I am not the Jones’s. We are, therefore, apples and oranges. 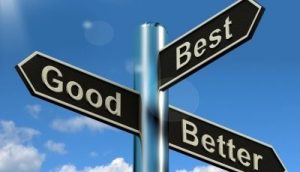 There are standards out there for skills, supplies, and situations that do not involve a single person or demographics bracket as the comparison. They’re developed from much wider population averages. The greater numbers let those standards be a much better benchmark, and provide better goals.

They’re better for us mentally, but also as an actual measure of usefulness and effectiveness.

Even using better benchmarks isn’t really the best, though. The best measurements for comparison involve only ourselves – where we were, and where we are.

Where we want to go is important, because we do have to know the objective before we can gather intel and make a plan of action, but…

There’s the mentality of shooting for the moon, because even if we miss, we’ll land among the stars. It has value, sure, but it doesn’t exactly make things easier if that far-off, shiny target is the only thing we see. 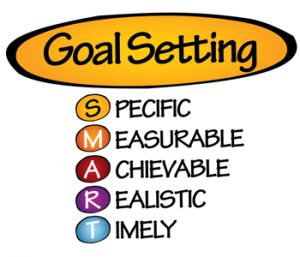 It can be demoralizing to set such a big or distant goal, because it takes so long to start seeing the progress from our efforts, especially while we’re climbing by inches and feet.

In prepper settings, if we’re ready for self-sufficiency following a NWO takeover that’s thwarted by a killer asteroid strike, which leads to a pole shift just as the skies start clearing, and that sets off all the remaining nuclear weapons and plants that survived the last disasters, yup, we’re also set for a job loss, hurricane or winter storm power outage, and the next Great Depression. 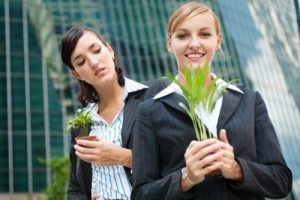 Thing is, those biggies are a big first step and overwhelming for an initial goal.

Trying to match somebody who already is prepped for the biggies is also setting ourselves up for failure in a practical, tangible sense. We’re liable to end up with holes, especially early on, with the gaps pretty commonly falling in the areas affected by the most-common disasters that strike.

Instead, set up goals in small sections – like rungs on a ladder. We’ll be a lot better off than if we’re making ourselves crazy and we’ll have more practical preps for our lives. 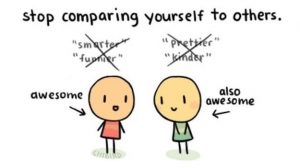 I can’t think of many who could jump from the bottom of the Grand Canyon to the top besides Iron-man (via his fancy suit) and Mighty Mouse. Most of us would have to climb, from Tiny Tim to Captain America.

So hang a mirror over the window that overlooks any cliff-hopping Jones’s. They don’t even matter anymore, because we’re not taking the same routes.

Instead of eyeing the Jones’s, glance back to check progress, glance ahead to eye the trail and further up to the eventual goal, but focus most on the next few steps. 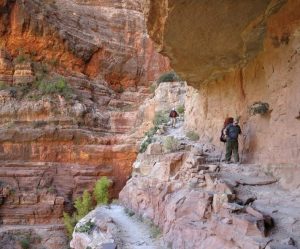 In the prepper world, that means starting with the “everyday” preparedness so many agencies promote. Then hit the lesser-reached preparedness that financial institutions try to get out there for everyday and retirement planning.

Then onward and upward, moving toward increased resilience and increased self-reliance, and then more and better compared to our own all over again.

The mirror’s more useful, anyway. That person’s who we’re prepping for, not the Jones’s. The feedback from that mirror is the only thing that will really say if something’s working for us or not. 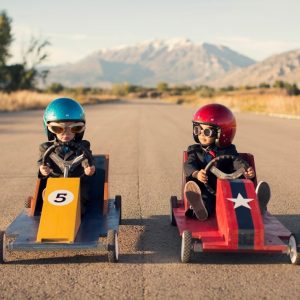 If you must compete with the “neighbors”…

…Compete with the masses instead of individuals. Not the bright, shiny people on TV. For heaven’s sake, not the characters in prepper fiction.

Not even the real-life Martha Stewart’s with houses full of matching furniture and doodads that somehow still remain inviting and crazy clean while they whip up gourmet meals or wander around their perfectly manicured lawns and neat, tidy gardens. 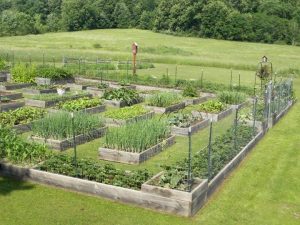 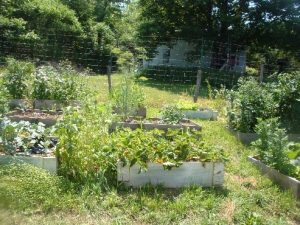 Compete with the millions who choose to not make or maintain any preparations.

I’d rather we develop the ability to not weigh ourselves against others, period. We’ll be happier for it (which will lead to health and productivity, if we need a tangible for “happy” being a high-priority goal).

Since some people just aren’t wired that way, and some people would end up developing more stress and anxiety for the failure to stop their self-doubt and self-comparison to others, they may need a “trick” to get to the same place. “I’m a full step ahead of all those people” can be that fix.

Don’t Get Wrapped Around Others’ Axles

Along with the Jones’s who have more, there’s always going to be Grumpy Grannies or five of them. You know one, guaranteed, inside prepper folds and for-sure outside the culture, the “these days…” types. The one who harrumphs over the little tricks somebody needs, and the one who just huffs that something’s ridiculous. 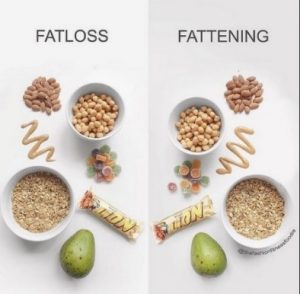 Hang a mirror over the windows peeking into their yards, too.

What works for each of us as an individual may not work for anybody else, let alone everybody else. So we each need to find something that does work, and for us. That includes all the fixes – like whatever mentalities we may have to adopt to reach our goals.

There are also the Grumpy Grannies types who have decided that if you’re not prepared/preparing for the Big Thing, while living specifically in X, Y, Z location, you might as well not be preparing at all. 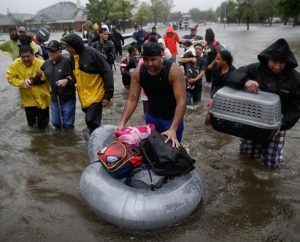 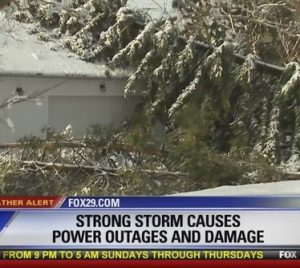 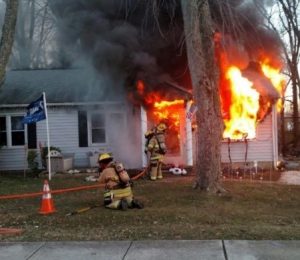 They’re not us, either. They’re a banana to the apple and orange (it’s just a bonus that they’re going to rot and get stinky first).

We decide what we let in our house, and what we hold onto. When Grumpy Grannie types get started, if it’s not constructive*, let it go.

*Constructive criticism isn’t agreement or approval, but it is actionable. What’s actionable is sometimes situationally dependent, which means sometimes we might set even that aside to pull out and ponder at some later date.

Use whatever trick it takes. Just don’t get wrapped around their axles, either. 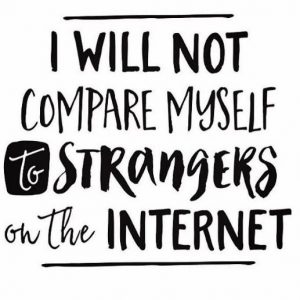 There are times the Jones’s do have something worth striving for. Just be specific in selecting a particular thing or skill, and be reasonable about the steps to getting there. When Grumpy Grannies Jones goes into a tirade, sure, glean through and see if there’s anything useful – to us, and useful now – but don’t let it discourage you.

Life has too many potholes, speed bumps, and gusts of wind that can knock us off our paths as it is. We’ve climbed back to the trail too many times to lose sight of the “more” and “better” we’ve already accomplished, and how close it’s brought us to finishing the next leg.

Every single small step puts us further from where we started and closer to where we want to be. Don’t let anybody else take that from you, and for sure don’t take it from yourself.