When I received a comment on denture cream it got me thinking about some practical realities. Denture cream? Yes, and it made sense, how does one get by when they run out of denture cream if it is something they use on a daily basis? Packing enough for 72 hours, no problem, but, in TEOTWAWKI what could you use as a substitute when the supply is finally exhausted? While it may be way down on the list of things to finger from a closed Walgreen’s or CVS after the SHTF, still, it has some other uses so it would eventually be no more.

In addition to things like this there is also the reality that there are some things that one simply may not pack enough of to get through even the first 72 hours of a SHTF scenario. The reality of weight + volume + efficiency of the item works against some things while the technology to manufacture of others, like denture cream, works against us.

If we are traveling by foot, have reached the trail head or our planned departure point off the grid by vehicle and have to move on across open country, forests or whatever, we need to consider a number of realities. 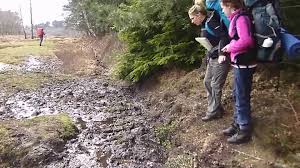 We all know the mantra that 1 gallon a day per person should be sufficient, leaving hygiene to suffer somewhat. But if you are a family of four and two are smaller children then that is 12 gallons of water for the 72 hour period at 8.4 pounds per gallon on the first day. That is about 51 lbs of water weight each of the two adults will have to carry that first day. Assuming you don’t get to your destination on that first day you are then faced with the reality of carrying the remaining 34 lbs of water weight each the second day. And this is in addition to the other equipment in your BOB or other bags.

And water is the one thing that one has to carry, it has no workable alternative. Even if it is just enough for the first 24 hours and you know of resupply points, that is still an extra 17 lbs each in this situation and betting on a supply point that may no longer be viable.

Our only savior on this one is the ability to find and purify water along our route. A risk depending on the disaster. Storms and floods taint the known water supplies, clear pure mountain lakes and streams exist as long as they don’t have a significant amount of agricultural runoff or animal activity. Finding and purifying water will be a constant task. If we have to keep moving carrying a 3-day supply is a task few of us will be able to sustain.

There are other things that we may run out of and we may need an alternative. As to the comment on denture cream, the poly-grips and others things that hold dentures in place. When you exhaust your supply what can you replace it with? Could you use Superglue? Maybe, but it does have some toxicity and it is a commodity that you will eventually exhaust as well. Most searches for the information on this resulted in a common theme – producing food-grade adhesives for internal use is NOT recommended, not something easily accomplished without a ton of equipment and a sanitary place to do it.  So the answer at this point seems to be strengthening your gums with a softer diet at first to callous them to be able to at least consumes proteins and fats in small pieces that won’t be a chocking hazard. A lot about nothing you say, perhaps but we all have relatives who have not dropped $20,000 in their mouths for some implants. What else? The Amazon Indians, as well as the Aztec and Mayans vulcanized rubber long before Goodyear, used it as a gum they chewed as well as in the construction of dwellings, etc. I would most likely balk at using this as an internal adhesive if I had dentures, and its adhesive properties are dubious at best. So here a newly learned reality appears to be the solution one is forced to adopt. 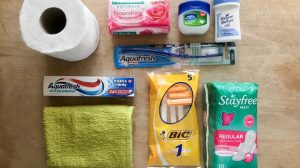 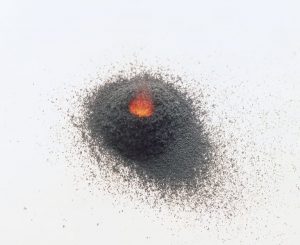 Can Alchemy, science and the dark arts teach us anything about making due when the SHTF and modern commodities become extinct? Are there concoctions we could make when off the grid in an SHTF scenario when the manufactured supply has been exhausted? 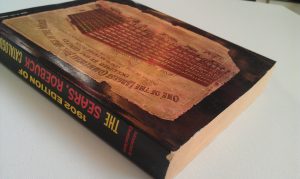 Well mostly it does, but the everything is how to make something in the comfort of your home with all the retail outlets still open and restocked on their regularly scheduled bases with all the ingredients in the form required.

There are ways to make deodorant if you have the right ingredients, but none of the required ingredients are in my BOB, and even if they were, it would be a finite quantity. 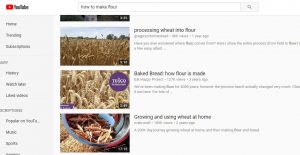 So what are some things we might run out of and need a reasonable substitutes for, one we could actually make?

These are but a few of the many things that I believe preppers should know, should research. As we understand things more and more on their basic level we can make better decisions as to what is important and gain an understanding of how, should TEOTWAWKI really come to pass, the world will really change over time. I would postulate that in 6 months we would be in the same place our ancestors were in in the 1920’s to early 1930’s.

Some metropolitan areas would still be protected enclaves but for the most part we would have to learn what our ancestors already knew and we have never been taught, forgotten or found unnecessary as labor-saving ready-made commodities were commercialized. In parts of rural America as late as the depression era people still made their own flour, though processed flours had been around since the 1870’s in this country and evidence of flour making dates thousands of years. 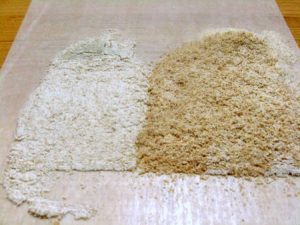 With each step taken forward thanks to technology and mass-production we also take a small step backwards in self-reliance and independence. It is the nature of progress, the other edge of its sword.