Prepping for What’s Most Likely

Editors Note: An article from Paul Taylor to The Prepper Journal. As always, if you have information for Preppers that you would like to share then enter into the Prepper Writing Contest with a chance to win one of three Amazon Gift Cards with the top prize being a $300 card to purchase your own prepping supplies!

I live in the suburbs of a large metropolitan area. I don’t even have half an acre of land to farm. I don’t have a cadre of prepper neighbors. I don’t have the income to buy or build a remote bug-out retreat, though I’d love to have one.

My income is limited and I have a family to support, whose needs never seem to go down. But I know that bad things can happen, and I know I’m responsible for the health and safety of those I love. With limited resources it only makes sense to plan for the most likely bad things because unless I win the lottery I’m not going to have a fully-prepped bug out retreat. What’s most likely, to my mind, are, first, some kind of natural disaster (hurricane, massive snow storm, tornado, flooding) and second, some kind of event that causes a severe economic dislocation like we’re seeing in Venezuela right now, or something of a more temporary nature that cuts us off from all the comforts of modern life (electric power, gasoline, wifi, cable, etc.). 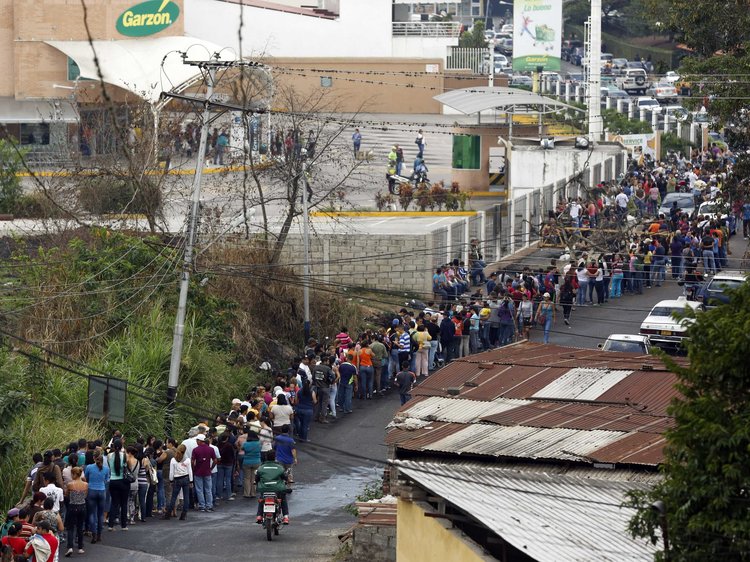 This kind of prepping takes commitment and a sustained effort over a long period of time, with a dedicated budget for each project. I believe in layering my preps because in a real emergency we can’t have one point of failure. I prefer to have at least triple redundancy in critical areas. If triple-redundancy is good enough for NASA, it’s good enough for me. 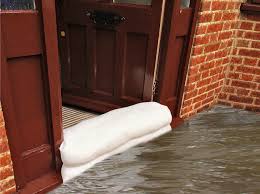 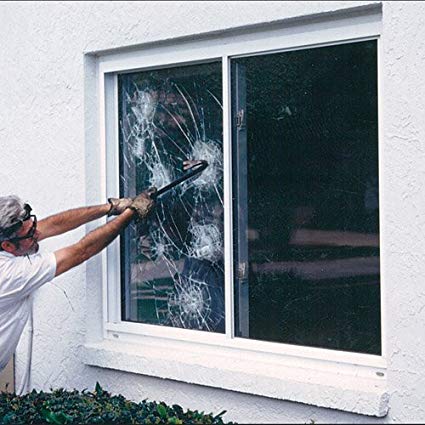 I’m lucky to have an older house that’s strongly built of concrete block and stone, with concrete window frames. A few years ago I put on a high-impact composite roof and took that opportunity to tie the roof into the frame with steel connectors so that it is less likely to blow off in high winds. I’ve covered some of the windows with security film to make them more impact resistant, and other windows have triple-track storm windows. I also have plywood pre-cut for some of the windows with bolts that fit into pre-drilled holes in the window frame. I have a store of sandbags for lower doorways and to divert natural water flows away from the house in a big storm. My house is high enough in a hillier area that I don’t worry about flooding. But because water does flow downhill, the lower areas have drains that connect to a sump pump that is powered by two pumps – one with direct electric power, and a smaller one that runs off a battery that’s hooked up to a trickle charger, so that I still have drainage even if power goes out. I had to buy a new garage door a few years ago, so I upgraded to a thick, insulated door that allows me to brace it to the frame to keep it closed and locked. My doors are either strong solid wood or steel, and the glass patio doors have exterior steel security doors that can have plywood inserted to protect the glass doors. Those are the main weather defenses, and of course I keep a supply of thick plastic sheeting, various sizes of tarps and a lot of duct tape in case of some failure.

Defense against a human threat is more complicated. I keep the exterior bushes low and trimmed so lurkers can be easily seen in the daylight or under exterior motion-activated lighting. The back half of my house is surrounded by a six-foot wooden fence with a deadbolt lock. I have a robust alarm system with door and window alarms and interior motion detectors. All the exterior doors have armored frames and keyed deadbolt locks. The windows are locked and have wood blocks to prevent opening if the lock is defeated. As mentioned above, the glass patio doors have deadbolt-locked steel security doors. Our bedroom door is solid wood with a lock and an armored frame, and our firearms are kept there for easy access. If someone breaks into my bedroom through an armored door frame, there won’t be much of an argument about self-defense.

The prepper trinity is food, water and shelter. If I’m staying in my house and it’s intact, the basic shelter piece is covered. If power goes out, I have a standby generator that runs off a natural gas line – so I would have power as long as the natural gas flows and the generator holds up. If that fails, I have a 4,500 Kw gasoline generator with a store of treated gasoline sufficient for several days at least – with more gasoline that can be taken from our cars’ gas tanks. Backup to that are battery-powered lanterns, propane heaters, a fireplace, flashlights and candles, and a few battery-powered fans if it’s a summer event. I always have three full tanks of propane and a deep store of rotated batteries, as well as a backup set of rechargeable batteries with an electric charger and solar panel charger. 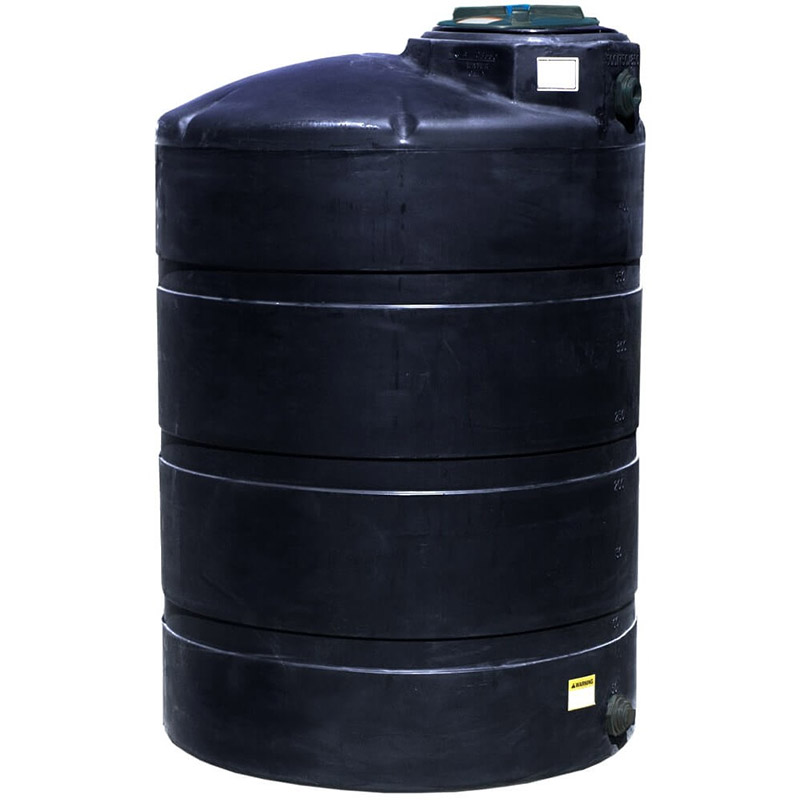 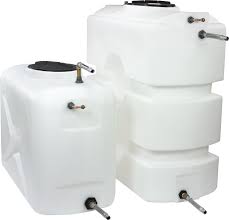 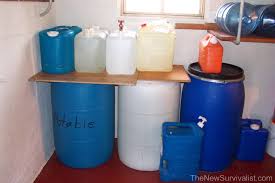 I prep for water five ways because it is so critical: first, I have Water BOB plastic water bladders for my bathtubs, so I’ll have 150-200 gallons of municipal treated water right there; second, I have a 55 gallon drum of stored water, plus another 50 gallons stored in smaller containers; third, I can drain water from my 80 gallon hot water tank; fourth, I have a 55 gallon rain barrel that I’d have to filter and treat; and finally, I have a spring and a small stream about 150 yards away, so I have buckets to carry that water home. I have three different water filter systems (with replacement filters) to filter any water we bring in, and fresh chlorine bleach and sodium hypochlorite tablets for further treatment. So apart from the spring, I’ll have about 400 gallons in the house. Assuming use of one gallon a day per person, that gives a family of four more than three months of drinking water. 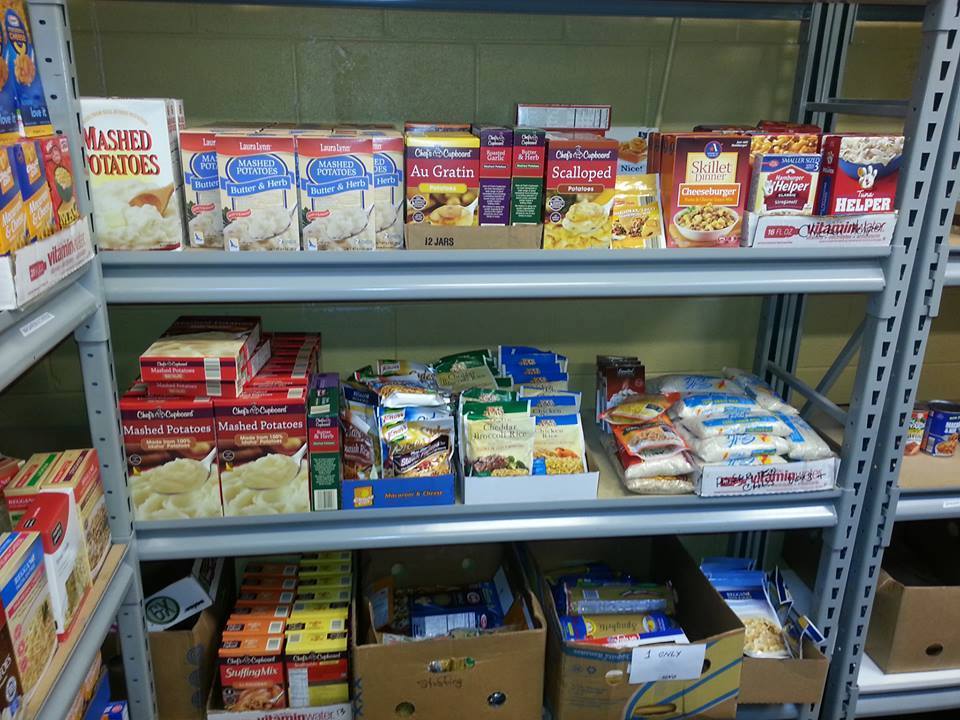 My food preps are also layered. The first layer is anything in the fridge, freezer and kitchen pantry; that’s probably a week or two, or more given how much we lay in. The second layer is our backup pantry with several cases of canned vegetables, soups, fruit, tuna and meat; 20-plus pounds of rice, beans and grains; dry cereal, crackers and boxes of powdered milk. The third layer is a couple of cases of #10 cans of Mountain House meals, good for 15-25 years of storage. The final layer is probably overkill, but given how unprepared my friends and neighbors are, I realized that I couldn’t just hunker down and eat well while everyone else was starving. So I have long-term stored pails of 100 pounds of rice, 150 pounds of beans, 50 pounds of wheat, spices, and freeze-dried meat and vegetables. For cooking, I have a full set of outdoor cookware, and layers of cooking methods – two propane campfire stoves, my propane grill, a charcoal grill, and a fire-pit with a grate, tripod, chain and hook.

Needless to say, this is not an inexpensive or short-term effort. I’ve been reading the literature for years, and building the levels, rotations, and back-ups for just as long. Preps for cars, bugging out to a backup location, and other considerations in prepping are for other articles. But for a realistic framework of preparation for what’s most likely, I think this is a solid start.

Sounds good, but I go heavier on off-grid solar pv, and less on things that will eventually be depleted, like gas and propane. I have the ability to keep a chest freezer running, and to cook meals using electrical appliances. I have flashlights and lanterns that use rechargeable AA batteries, and of course, chargers for those. I have spare equipment and parts in a Faraday Cage.