A Multi-Tool Worth the Weight 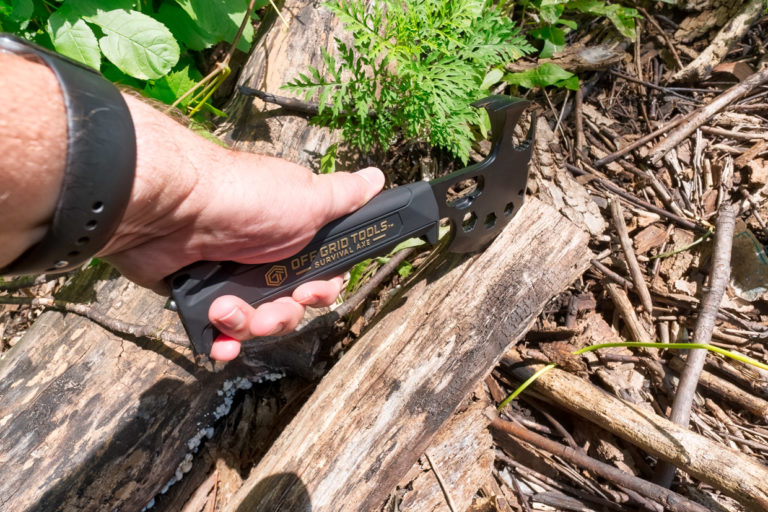 Okay, so I have been checking the snail mail almost every day waiting for my “Battle Axe” to arrive. Now, if you are old school, a Battle Axe was to be avoided for a multitude of reasons:

The one I received for Off Grid Tools was none of the above, though, in a pinch, it could well achieve the second bullet above.

Much more useful that any of the older models pictured above, it actually has 31 “features” which will even prove useful around the suburban household, though at just 2.1 lbs. this is a must have on any hunt, camping trip or off the grid excursion, planned or unplanned.

See it in action!

When I picked up the box it shipped in I was thinking, “aw, they just sent me marketing collateral” because it was so light, but I was wrong. 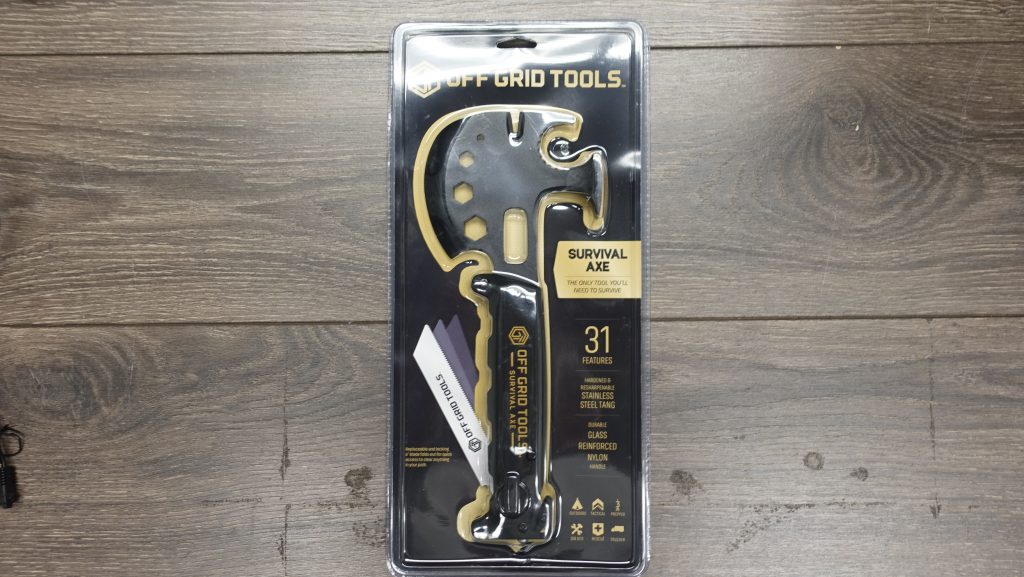 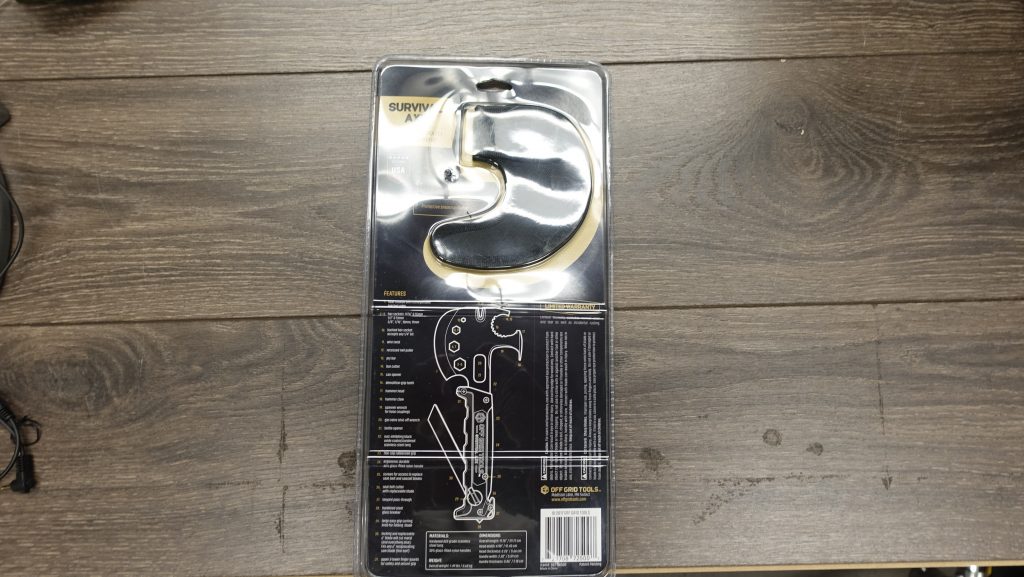 The most difficult part was getting it out of its plastic container. If you have children in your lives and have bought them toys in the past few years you will understand. I have been told that a hand operated can opener is effective in opening these containers. I will have to try that one day, should the tool be within reach as the waiting child is having a meltdown.

Just a quick review of the more notable of the 31 “features” advertised will sell every prepper on adding one of these to their BOB or I’m Never Coming Home Again bag:

A hatchet, a hex nut tool, a wire twist (cut), a nail puller, a pry bar, box cutter, can opener (in the spirit of the P-38), hammer head with claw, spanner wrench, gas-valve shut off wrench (invaluable in the event of a natural disaster at home), bottle opener (of course), non-slip rubberized grip, built in seat belt cutter/wood saw blade (changeable), and a hardened steel window breaker. And again, all in 2.1 lbs. 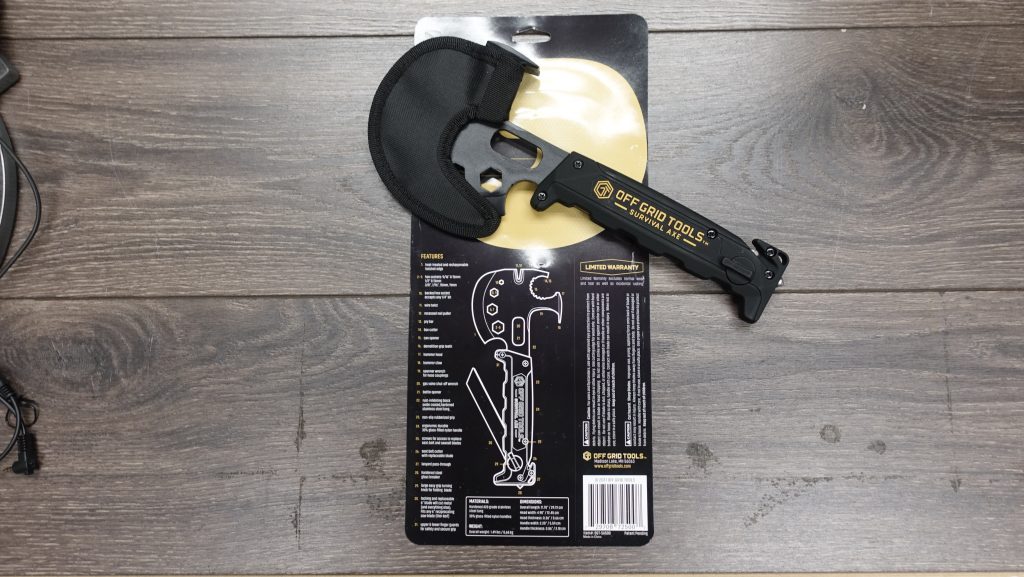 The only downside is that it looks so pretty I don’t want to mark it up by actually using it. But in the circles we travel in, I would expect we would all get teased for bringing a piece of survival equipment along on a trek that was shiny and new, as opposed to dented, scratched and scared to prove we have already tested it.

I have already made that mistake twice in my life. First time was letting my first wife pick out the lantern and cooking stove we took on our first camping trip. She bought good stuff but opted for a liquid gas stove and butane lantern, necessitating us having to buy and store two different fuels to produce the same thing – flame. The second was NOT breaking in hiking boots before ending up 10 miles from camp in the high Sierras. My feet still hurt thinking about that and the blood soaked socks I pitched along with the hiking boots. My bad.

I did mess it up and chopped some firewood because, after all I do have a fireplace and the temps are now dropping below the 80’s (at night.) Having the fireplace ready to light when the temps drop to a bone chilling 59 degrees or lower is part of prepping in the Southwest, honest. 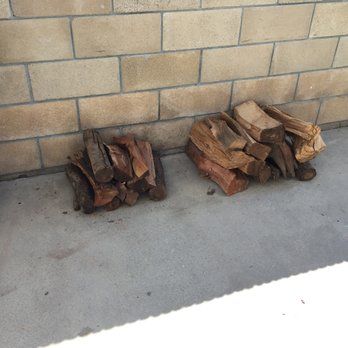 That should get me through the winter. My friend living in Whitehall, Michigan will not be impressed, but I am. I would recommend the Off Grid Tools Survival Axe to all preppers.

My son in law is definitely going to find one in his Christmas stocking this year.

Come camp in North East Ohio in winter we drop as low as -25 with out the wind chill factors. Definitely need to look into this for my emergency pack.

59 is a cozy fall evening in NC. We got mighty close to single digits if we didn’t actually break into them last winter. I prefer my Trail Hawk though, as neat as this thing looks, my cutters are some of the things I’m okay with only having one or two purposes.