Editors Note: An article from Annie to The Prepper Journal. As always, if you have information for Preppers that you would like to share and be entered into the Prepper Writing Contest with a chance to win one of three Amazon Gift Cards  with the top prize being a $300 card to purchase your own prepping supplies, then enter today!

When it comes to medical supplies, some preppers store antibiotics, Band-Aids, Tylenol, maybe a bit of gauze and call it good. Perhaps a few more things, but not much because they’ve got a doctor in the group, or barring that, silver or barter goods and skills to be able to make arrangements with a doctor.

Unfortunately, that approach may not work out so well.

Realistically, how many supplies can a physician be expected to stockpile for a community? How many physicians are actually preppers who foresee a need? Post-disaster, it will be far easier to locate a physician who knows how to use supplies than it will be to locate the supplies themselves. While obtaining prescription medications in quantity is a challenge, fortunately many life-saving supplies and medications can be purchased right now, by anybody.

So let’s discuss some of these medications and medical supplies that we should acquire before TEOTWAWKI. It’s not an exhaustive list, but it is a good start.

Over-the-counter medications. You’ve surely already laid in a significant supply of Tylenol, Advil, Aleve, aspirin, and the like. Other dirt cheap (if purchased in bulk like through Amazon or Sam’s) OTC meds to stockpile include Sudafed (the real stuff that is behind the pharmacy counter and not available online because of its use in making meth), which is wonderful for upper and lower respiratory infections; Guaifenesin, a cough suppressant; Loperamide (Imodium), which may soon become more regulated (and expensive) as narcotic addicts abuse it to achieve a high; Meclizine (Dramamine), which is used not only for nausea, but is also helpful for mild anxiety which we can expect to see a lot of post-TEOTWAWKI; Ranitidine (Zantac), an anti-ulcer medication that is also an antihistamine. 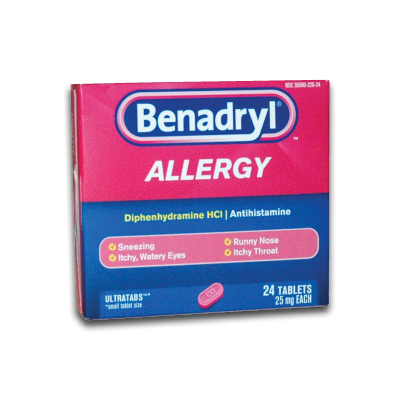 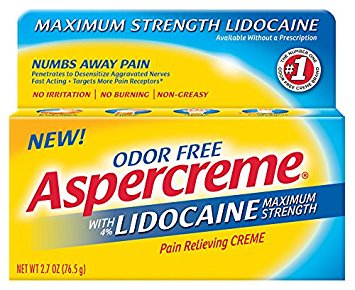 Benadryl, due to its numerous applications and importance, gets a paragraph all its own. Tablets and capsules are preferred to liquids for storage; liquids are faster than pills for getting into the bloodstream. We purchase most of our Benadryl in the form of tablets, because they are the cheapest. However, we also store capsules because the powder can be mixed with sterile saline to make an inject-able local anesthetic for those allergic to Lidocaine, or it can be mixed with skin cream for topical application. We carry children’s chew-able Benadryl in our emergency first aid kits because the chewables get into the bloodstream faster, and because Benadryl is used as a first response in an allergic reaction. Benadryl is also sold as a sleep aid, though under different names and for higher prices.

Topical creams. In addition to the Benadryl and lidocaine creams mentioned above, add to your supplies some Lotrimin or Lamisil cream for fungal infections like athlete’s foot and ringworm, hydrocortisone for itching, and zinc oxide (Desitin, etc., not just for diaper rash) for eczema, rashes, and poison oak, ivy, and sumac. 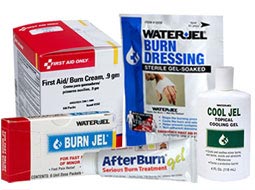 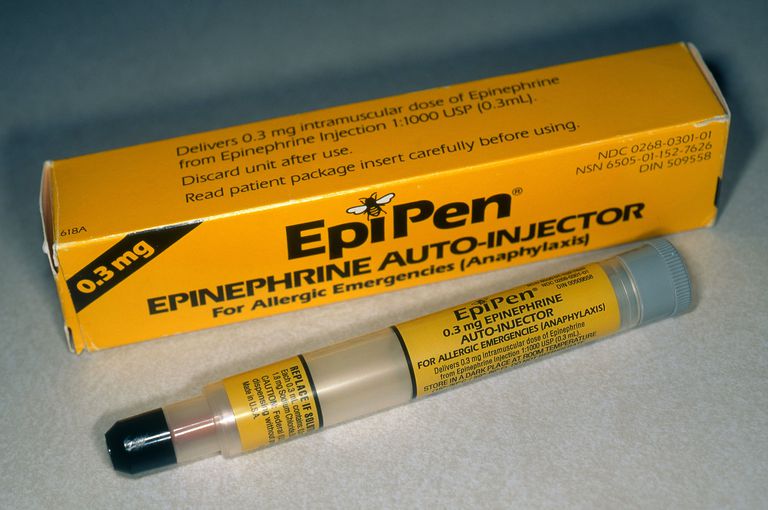 Burn gels. With TEOTWAWKI comes a lot of alternative methods of cooking, and a lot more opportunities for burns. Most burn gels contain only 1-2% lidocaine, but Alocane has a greater concentration—4%–for better pain relief.

Epinephrine. Most people have heard of epi-pens for those at risk of anaphylactic reactions, but epinephrine has many other medical uses—too many to detail in a short article. (Epi-pens actually have five doses of epinephrine in them, and though the potency of epinephrine decreases over time, even at five years out of date epinephrine is still about 60% effective and can be used in an emergency. Youtube videos show how to access the remaining epinephrine in a used epi-pen.) Epinephrine is what used to be in the Primatene asthma inhalers that were taken off the market by the FDA a few years ago. One company in the US (DrNaturalHealing.com) sells epinephrine powder in a capsule, and it’s somehow available online without a prescription. Epinephrine is also mixed with sterile saline and is used in conjunction with lidocaine as a local anesthetic and vasoconstrictor. 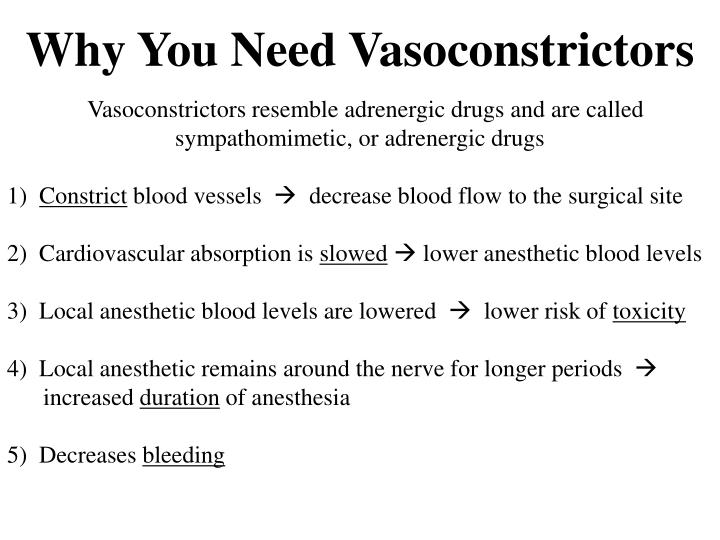 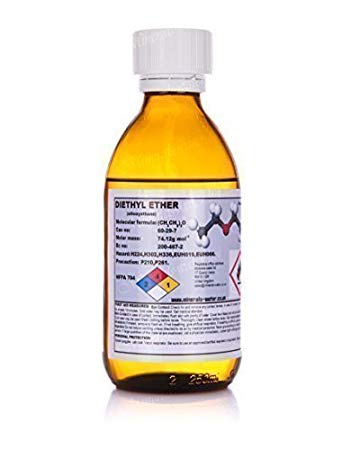 Diethyl Ether – first used as a general anesthetic in the 1800’s. If you or a loved one needs a simple operation (appendicitis anyone?) in a disaster, you’re gonna want some of this. And you can get it on Amazon. Remember, you are not performing the surgery—you’re merely gathering supplies in case a licensed physician needs them to care for your family. 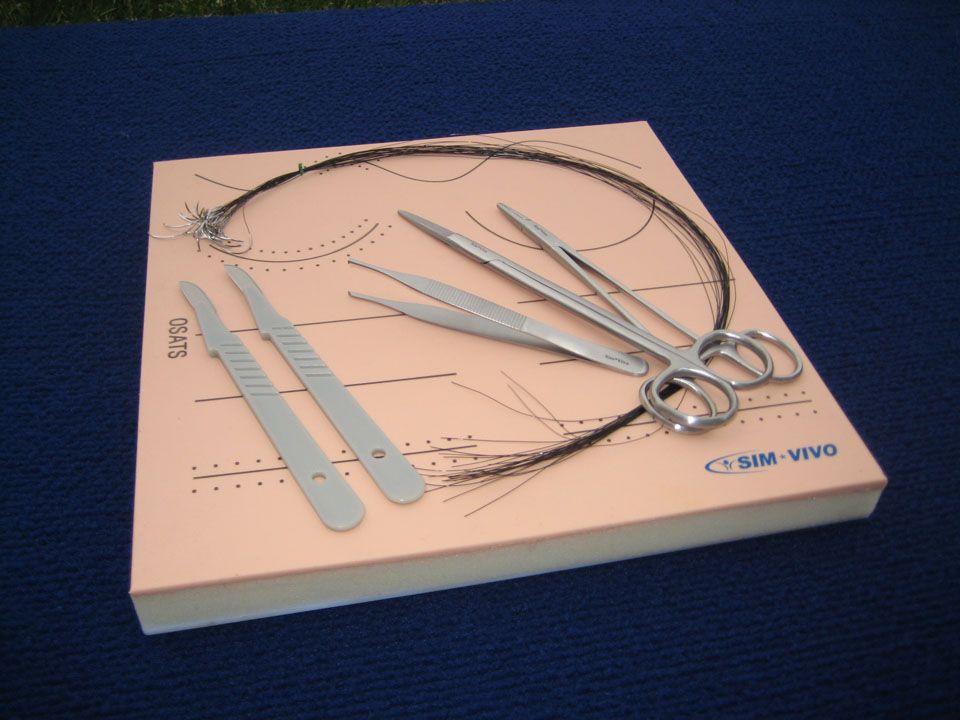 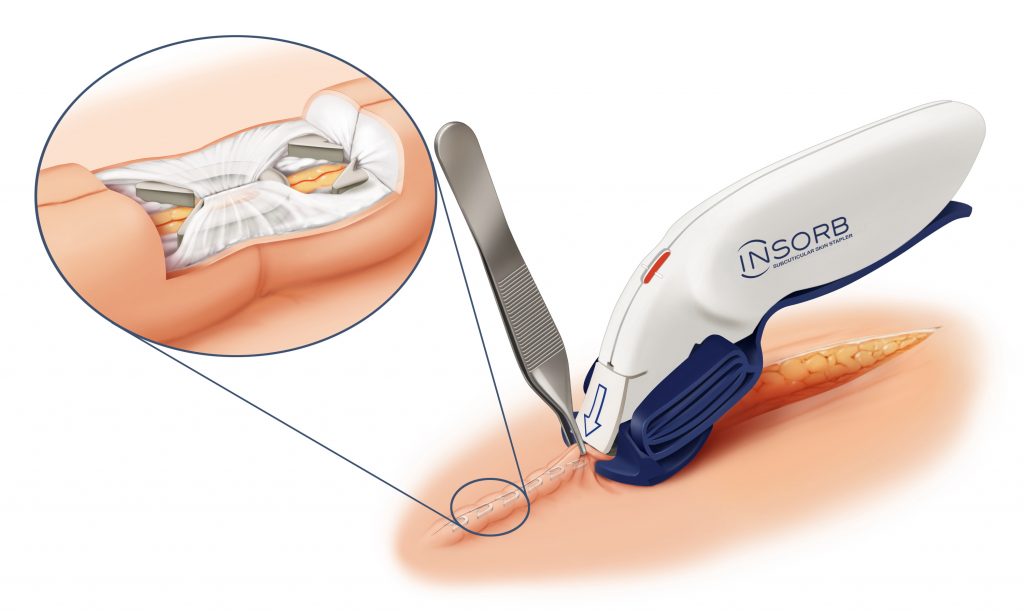 Sutures, skin staplers, and Steri-strips – all have their place in a good medical kit. Yes, you could use sewing needles and silk or nylon thread, but be prepared—those are going to hurt a lot more than a regular suture. Suture needles have a cutting edge and are curved to make going through skin much easier with far less scarring. Staplers are quick and easy, but not good for faces or joints. Steri-strips are far less painful, especially ideal for children, and also good for the paper-thin and easily torn skin of the elderly
9. Dermabond is superglue designed for use on people. Vet-Bond is the same stuff, but packaged for animals, and a lot cheaper. Yes, you could use superglue, but superglue will cause a chemical burn in some people, and when things are already bad you don’t want to make them worse. Dermabond and Vet-Bond are really good for children and some facial wounds, especially around the eyes.

Gauze. All kinds of it and lots of it—2x2s, 4x4s, and larger sizes, telfa pads, rolled gauze, sterile and non-sterile. Even relatively minor injuries can use a lot of it. It’s incredibly cheap online (ShopMedVet.com) for now. And like many of our medical supplies, almost all of it is made in China. You know, that place on the other side of the planet whose exports our government keeps slapping tariffs on. And the issue of tariffs is not the point—having the vast majority of many of our medical supplies produced in a country that is increasingly hostile towards us should give us all pause for thought. 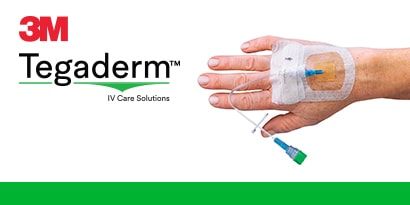 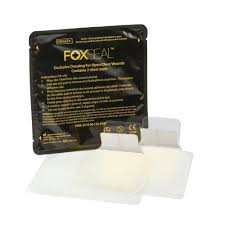 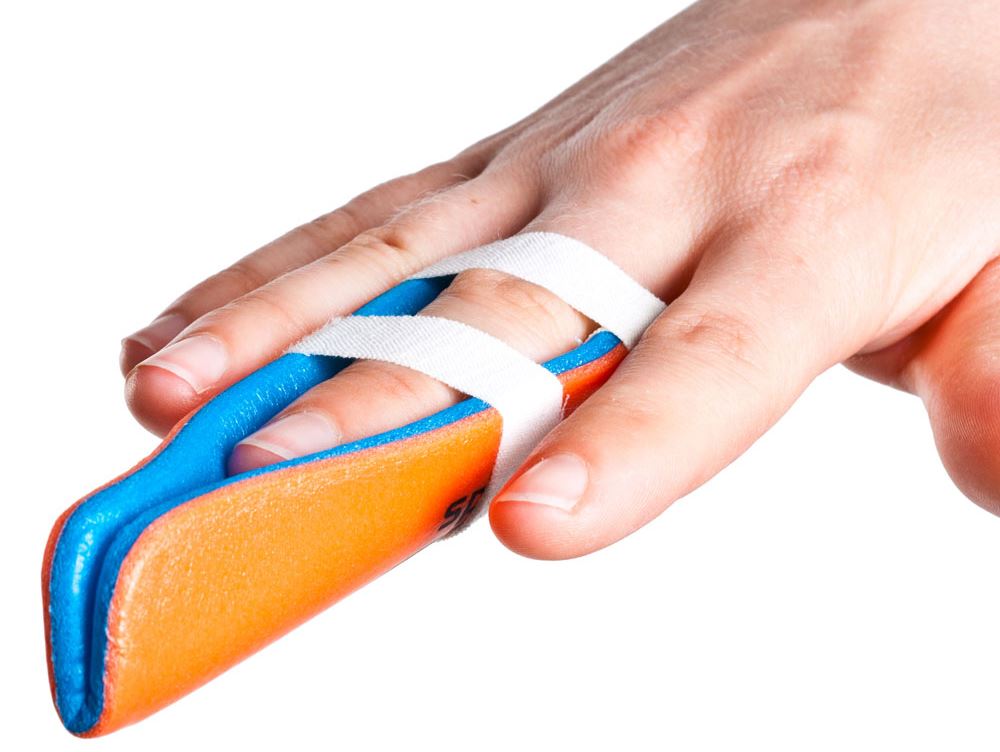 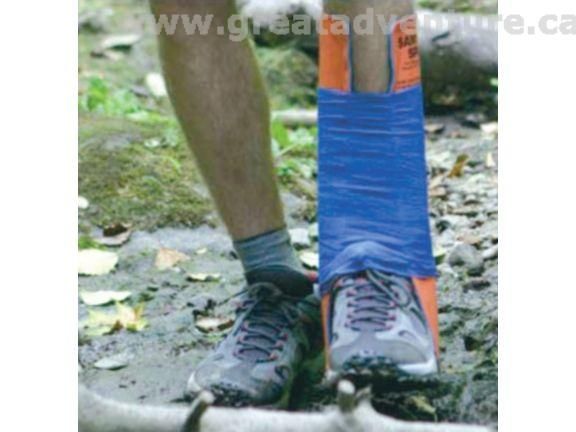 Sam Splints – (moldable, reusable splints) are probably a better idea than plaster casts for broken bones (how are you going to get a cast off post-collapse?), Ace bandages, and instant cold packs (just in case your ice maker isn’t working). 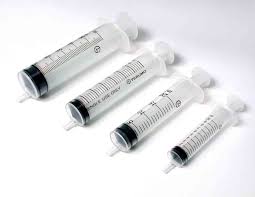 Syringes – with and without needles, in a variety of sizes for different purposes (injecting medications and anesthetics, irrigating, etc.) will definitely be wanted.

Enema Bags – they aren’t just for enemas; they can also be used to administer fluids in the case of dehydration. The same is true of IV bags. Have a few for your family. They’re cheap now, and invaluable in saving a life when you need them. 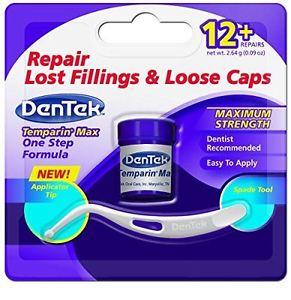 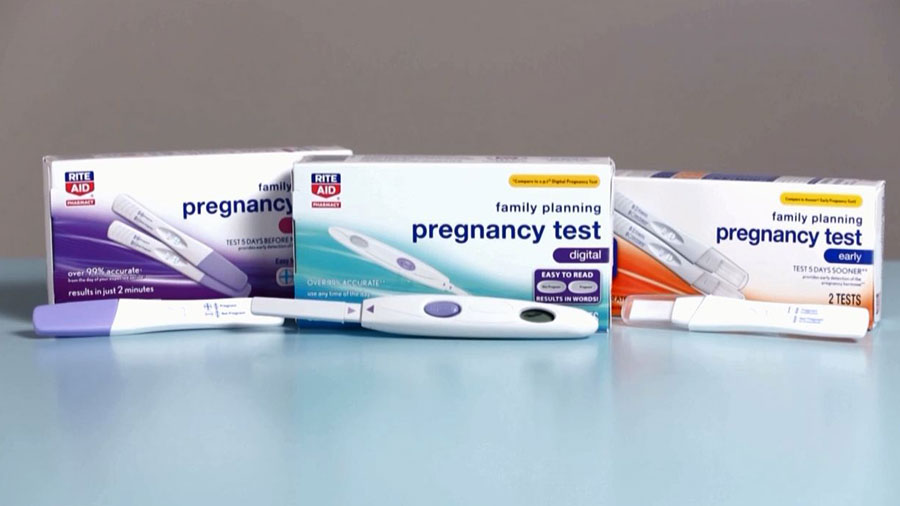 Permethrin – Permethrin kills lice, fleas, bedbugs, ticks, mosquitoes. What’s not to love about it? Yeah, it needs to be used carefully. It is a pesticide developed to kill things and can become toxic to people if not used as directed. But those insects are not innocent creepy crawlies—they transmit disease, and they need to be stopped.

Pregnancy tests. While most home pregnancy tests today are performed for curiosity’s sake, in a post-collapse situation without access to advanced medical care, a physician is really going to need to know whether a woman is pregnant to administer appropriate care. Is that pelvic pain appendicitis? Or is it an ectopic pregnancy? Every woman of child-bearing age should have several tests, and they’re sold even at dollar stores. 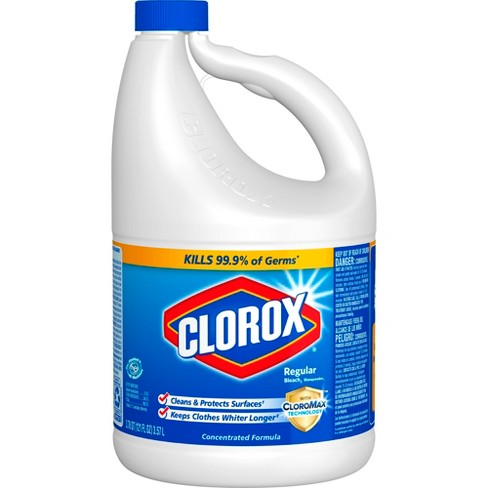 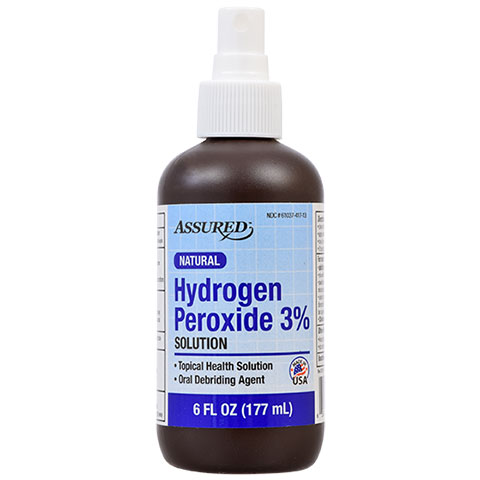 Cleaning. Bleach is always good for cleaning hard surfaces, but for the body you’re going to want some rubbing alcohol (at least 70%, don’t make the mistake of picking up a bottle of 50%), iodine, and perhaps a small bottle of Hibiclens. Benzalkonium chloride is nice, too. Hydrogen peroxide is good, but it has a pretty short shelf-life, so it’s not a great item for preppers. However if I knew The Event was happening tomorrow, I’d definitely grab a bottle or two. 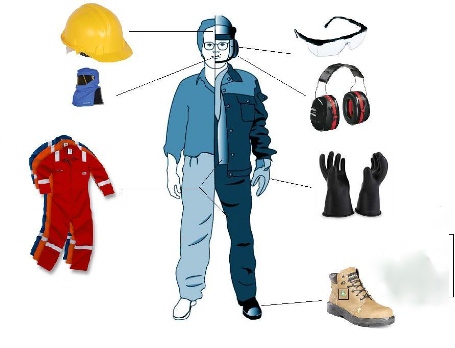 Finally, Personal Protective Equipment – PPE. Make sure you have plenty of masks and gloves for both patients and caregivers. Exam gloves will suffice for 99.5% of your needs, but you’ll also want a few pairs of sterile surgical gloves. Hopefully, you’ll never need them.
While the above is not an exhaustive list, it’s definitely a good start. There is so much we can do to prepare for our future medical needs. Education from licensed health care providers who recognize the need to be prepared is absolutely critical. Learning what medicinal plants grow in our area, and how to harvest, preserve, and use them is invaluable. Becoming aware of the improvisational uses of other common items like honey (wound dressing and cough syrup) and plastic food wrap (burn dressing) also helps.

Doctors in this country have achieved almost god-like status in the eyes of many, but they’re really just people like the rest of us. The ones who are aware have their own families to prepare for—their own food, guns, and shelter, etc. They just can’t be expected to have all the drugs and supplies necessary to care for everyone else. We have to do that ourselves.

Nice article. Too often preppers think that doctors are going to be ready to solve all their medical problems. I’ve added a few items to my list of things to acquire ASAP.

Instead of the harmful pesticides, you mentioned you should consider getting food grade diatomaceous earth and keeping it on hand. It’s non-toxic, all natural, and safe for humans and pets (long-term inhalation can cause irritation, possibly even asthma.) It’s great for killing fleas, ticks, and bed bugs. It can be ingested to get rid of worms, and has supplement uses as well. The only real problem is you need to sprinkle it everywhere, but a perimeter around your house or bunker can prevent the bugs from ever crawling in, to begin with. It’s simply fossilized crustaceans that have been ground… Read more »

Guaifenesin is an expectorant. It helps loosen congestion in your chest and throat, making it easier to cough out through your mouth. Guaifenesin is used to reduce chest congestion caused by the common cold, infections, or allergies. Dextromethorphan, on the other hand, is a medication most often used as a cough suppressant in over-the-counter cold and cough medicines. Dimenhydrinate is sold as Dramamine. Meclazine is sold as Dramamine Less Drowsy. As of January 2020, Zantac (ranitidine) continues to be recalled for unacceptble levels of a known carcinogen. Preppers should consider Pepcid (famotidine) as an alternative. Regarding Tegaderm, if you are… Read more »