What Are the Most Important Weapons for Wilderness Survival 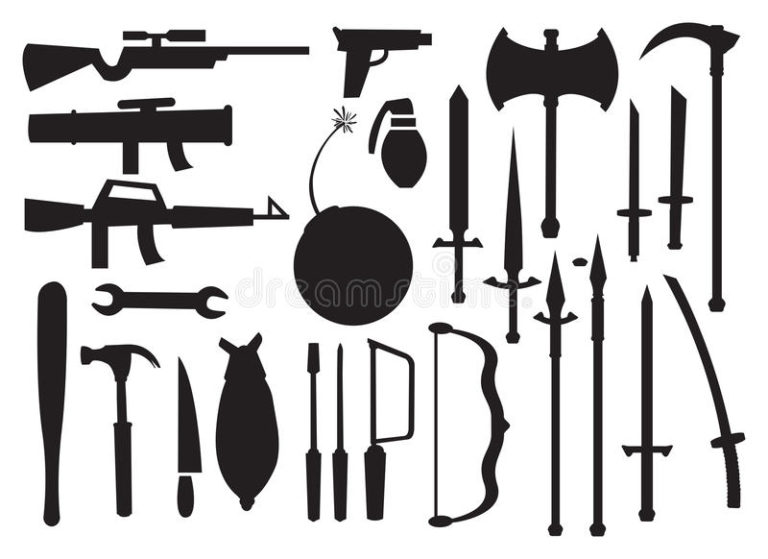 Editors Note: An article from Glen Artis of Outdoorever.com to The Prepper Journal. As always, if you have information for Preppers that you would like to share and be entered into the Prepper Writing Contest with a chance to win one of three Amazon Gift Cards  with the top prize being a $300 card to purchase your own prepping supplies, then enter today!

The wilderness can be an unpredictable and dangerous place. To make matters worse, we modern humans are not naturally equipped to survive in the wilderness. As such, we need all the technological help we can get if we are to survive the unpredictable great outdoors. Thankfully technology offers us a plethora of survival tools and weapons. These survival weapons and tools will be your best friend when things go south. That being said, let us look at some of the essential weapons you need to survive the great outdoors. 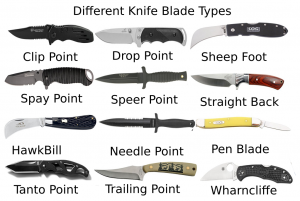 Since long before our ancestors discovered fire, cutting tools have been a part of the human way of life. Indeed the knife is probably the most basic tool. And if you are to survive the wilderness you will need a knife. Whether you are camping, hiking, or hunting a knife is the one tool you never leave home without. So, what makes the knife such an important survival tool/weapon? Well for starters it has many uses. Knives can be used to cut your way through thick jungle and can also be used to make precision cuts for camping. Therefore, different knives are suited to different environments and purposes.

For example, the best camping knife is not necessarily the best for hunting. More often than not campers prefer small fixed blade knives. However, these knives might not be suited for self-defense especially against raging-wild animals. In some scenarios, a large knife of about 7 inches will be an ideal option.

Sure knives are great for skinning animals and in some instances for self-defense, but they are not without drawbacks. The main being that to inflict damage you need to get up close and personal to your target. And when you are facing a raging wild animal this can be dangerous. 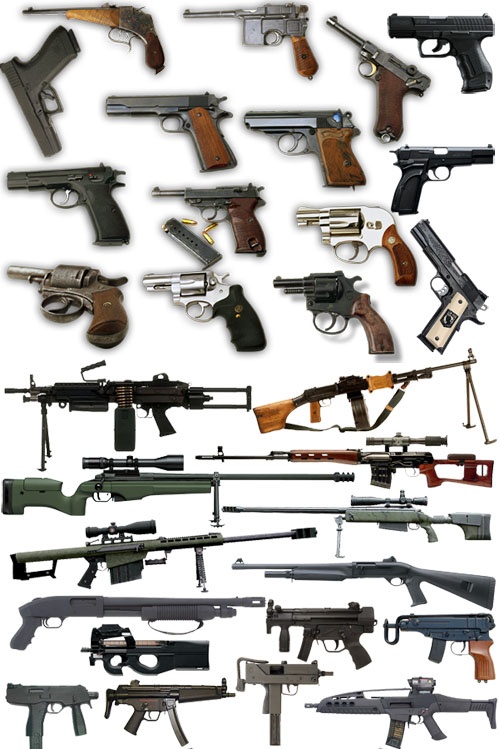 When you do not want to get up close and personal with your attacker you use a gun. But before you decide to get a gun as your survival weapon of choice learn how to use it first. Statistics estimate that 67,000 Americans are injured by firearms annually. A large percentage of these injuries are self-harm related injuries. It is also estimated that 3,100 people die from unintentional shootings in the US. What these means is that novices are more likely to injure themselves with a gun than protect themselves with it. Nevertheless, in the right hands, a gun can be the best survival weapon.

Also, guns are heavy and can weigh you down. Therefore, for self-defense purposes a small handgun is a reasonable. The reason being a handgun will be easier to carry and conceal than an assault rifle. A .22 caliber handgun will not be enough to take down large animals but it may be enough to scare them off.

Needless to say, if you are getting a gun then you will also require an almost constant supply of ammunition depending on how frequently you use it. Sadly, ammo is not cheap and buying bullets on a regular basis can be damaging financially. It is for this reason that I recommend investing in the best progressive reloading press you can afford. A progressive reloading press gives you the freedom to make your own ammunition. And in a survival situation having enough ammunition will be important. 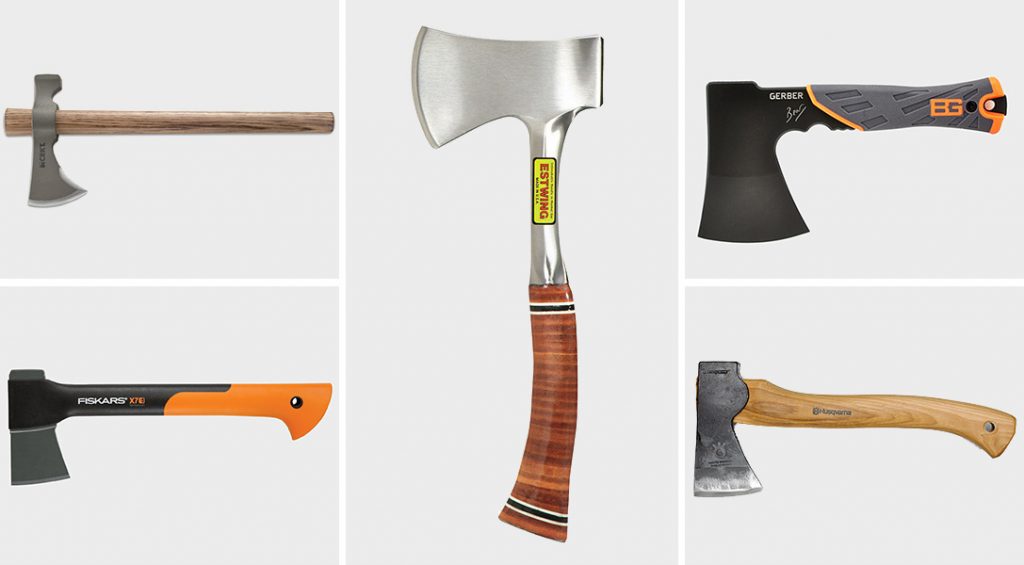 Sometimes you will find starting a fire necessary. And since there are no electric stoves or gas burners in the wilderness you will have to use what is available. Given that wood is in plenty in the wilderness starting a fire using broken sticks and small trees will be the best way to go. Unfortunately, if you only have a knife, it might not be sufficient to cut down small trees. For this kind of task, you need a stronger and more suitable tool, i.e. a hatchet.

Apart from being used to cut down small trees for firewood, a hatchet can also come in handy when you want to remove the head of the fish you have caught. And that is not all, thanks to the blunt back end on a hatchet you can use it to drive poles into the ground. In a nutshell, a hatchet has many uses and there is a reason it was so loved by our primitive ancestors. 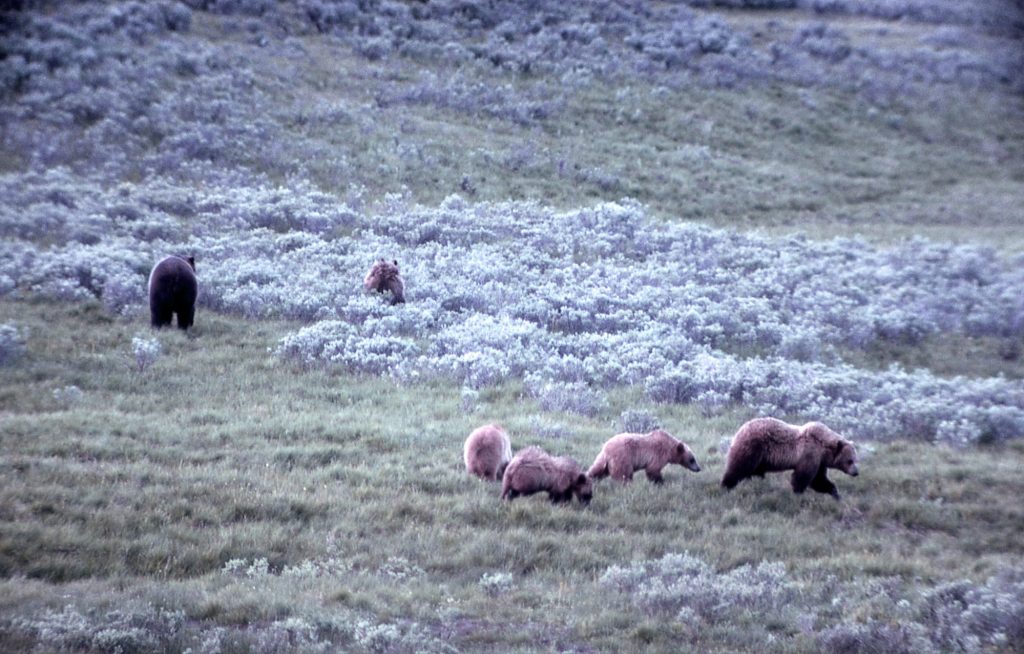 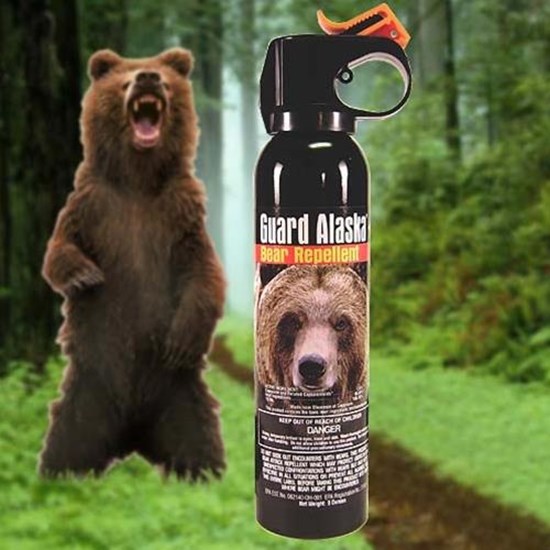 Given how dangerous guns can be in untrained hands, it is advisable to carry a bear pepper spray as a possible option. The upside of this spray is that you do not have to worry about injuring yourself or your friends. In addition bear pepper sprays work against a number of different wild and dangerous animals. Thirdly a pepper spray is lightweight and easy to carry and lacks the mechanical complications of other more advanced weapons. In essence, this is the ideal weapon for someone who is new to the wilderness. Also, it can be a great optional self-defense item for when your gun is not close or has malfunctioned. Of course this assumes an encounter with a non-aggressive bear. If the animal fees threatened or is stalking you then bear pepper spray may discourage and attack, but if it is in a full on aggressive charge then bear pepper spray is of no value. 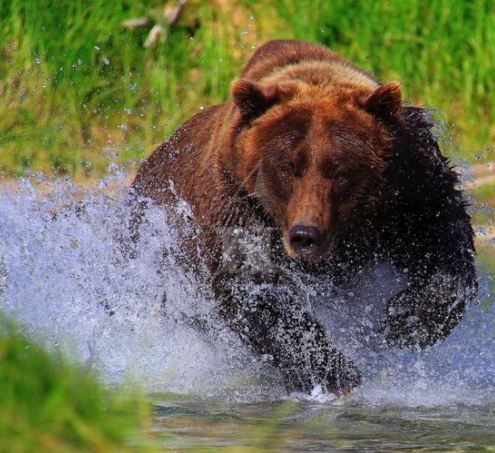 (Editors Note: Bear pepper spray shoots from 18 – 40 feet. In the Yukon River area, mature female grizzlies can weigh as little as 220 lbs. but they are rare. One study found that the average weight for an inland male grizzly was around 600 lbs. and the average weight for a coastal male was around 900 lbs. Black bears are slightly smaller depending on the amount of food available in their habitat. Fact: Bears can run more than 60 kilometers an hour, and they can do it up hills, down hills or along a slope. To put that in perspective, that’s 15 m/sec or 50 ft/sec which translates to the kinetic energy of possibly 900 lbs of teeth, claws and muscle being in range of the bear pepper spray for less than one second at, again at 37 mph). 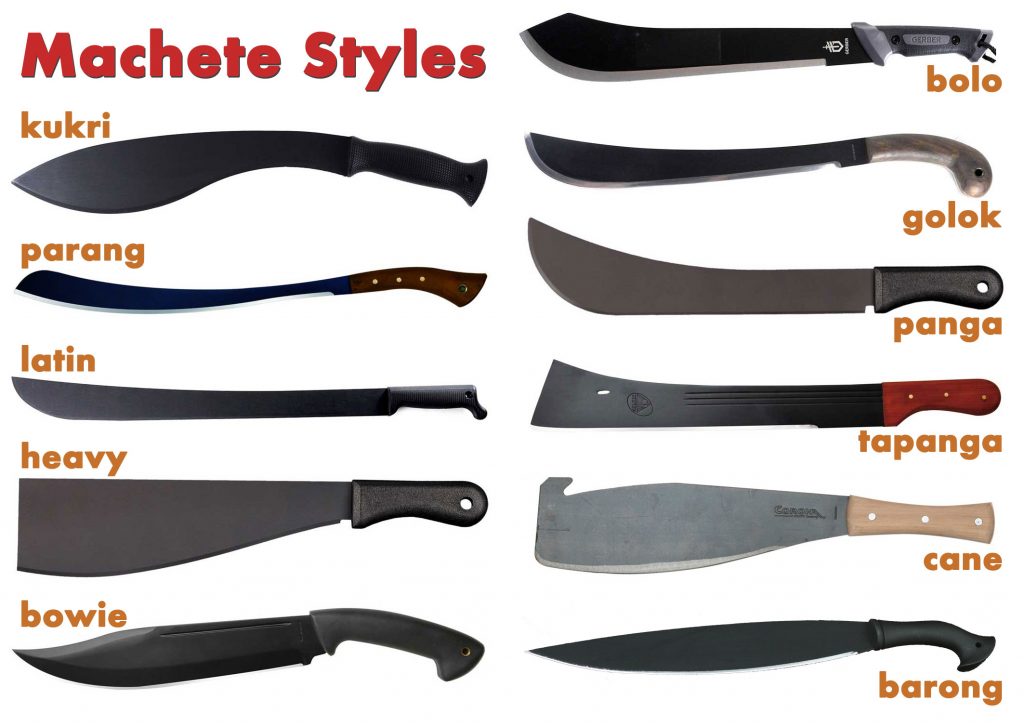 The machete can be optional. However, it can be a great asset when it is available in the wilderness. This large knife can be used to slice your way through overly thick vegetation. Additionally, given that it is longer and stronger than a knife it can be used for self-defense. Sometimes an animal will creep up to you without you noticing. In such a situation using a gun can be dangerous. The machete is an alternative that works great in close quarters.

Outdoor recreational events are very popular in the US, with estimates of consumer spending on these activities reaching a staggering $646 billion per year. The number of people that take part in wilderness survival camping has jumped from 10.2 million in the 1990s to 13.3 million. From this statistics, it is evident that we love spending time with Mother Nature. Sadly, an estimated 212,708 people are treated for injuries sustained in outdoor recreational activities. And since I am sure you do not want to become a statistic, it is important to be prepared. Carrying half if not all the weapons listed above will help you survive the great outdoors.

Bear pepper spray like human pepper spray can cause severe asthma attacks if used wrong. Any asthmatic or allergy sufferer can drown in their own bodily fluids. Also never use a pocket knife for survival get a fixed blade hook bill and a deer skinner that can both do the small tasks. For a big task around the camp like chopping wood any thick spine machete will work wonders.

the downgrading of the Machete as the ultimate tool, and the advice that a .22 could scare off dangerous animals…is all you need to know this article is bogus.

When it comes to firearms, the shotgun is the most versatile. Hard cast slugs for bear, deer and mountain lion panther, buck for two legged beasts, bird shot for birds.

agree on a small fixed blade, like a mora knife.

It seems obvious to me this author knows nothing about guns in general. “Weigh you down”? Really? A fully loaded Glock 17 weighs 31 oz. which translates to just under 2 pounds. If 2 pounds is going to weigh you down, regardless of what else you’re carrying, you best start lifting weights because you’re weak.

I understand what you bring it very meaningful and useful, thanks.

I also support the author’s view that having a gun in the wilderness is a smart weapon to protect someone’s life. However, guns are not regular products that one can buy from a store and it is ready to use. It requires intensive training regarding how to use safely. Guns also require purchasing a range of gun accessories. So, owning a gun does not necessarily mean that your life is safe both in the wilderness or in civil society.