Editors Note: A guest contribution from Carrie Porter to The Prepper Journal.  While there is grueling combat training available, and only real combat brings home the reality of real combat, one of the best ways to start, since the draft is long gone, is to delve into paintball. Tactics and cover and accuracy applications are something every prepper should look into as they prepare self for a SHTF scenario. And outdoor fun in the sun can’t be overrated. As always, if you have information for Preppers that you would like to share then enter the Prepper Writing Contest with a chance to win one of three Amazon Gift Cards  with the top prize being a $300 card to purchase your own prepping supplies, enter today.

Preparing for your first paintball game can be nerve-racking. Even though you might have gone through numerous game reviews and video clips, none can quite adequately prepare you for what to expect in the field. For instance, how much pain you should expect? Which is the right playing gear for you? How do you remain safe throughout the game? Here are five tips that every gamer should orient themselves with before stepping into the field.

What Equipment Do You Need?

Typically, an ideal gaming package includes: paintball markers, face mask, compressed air tank and a hopper container. Most beginners prefer renting out gaming equipment. You are, however, encouraged to consider acquiring your own equipment, as such habits prove expensive in the long run. GetPaintball provides readers with some of the best options regarding paintball guns and paintball gear. 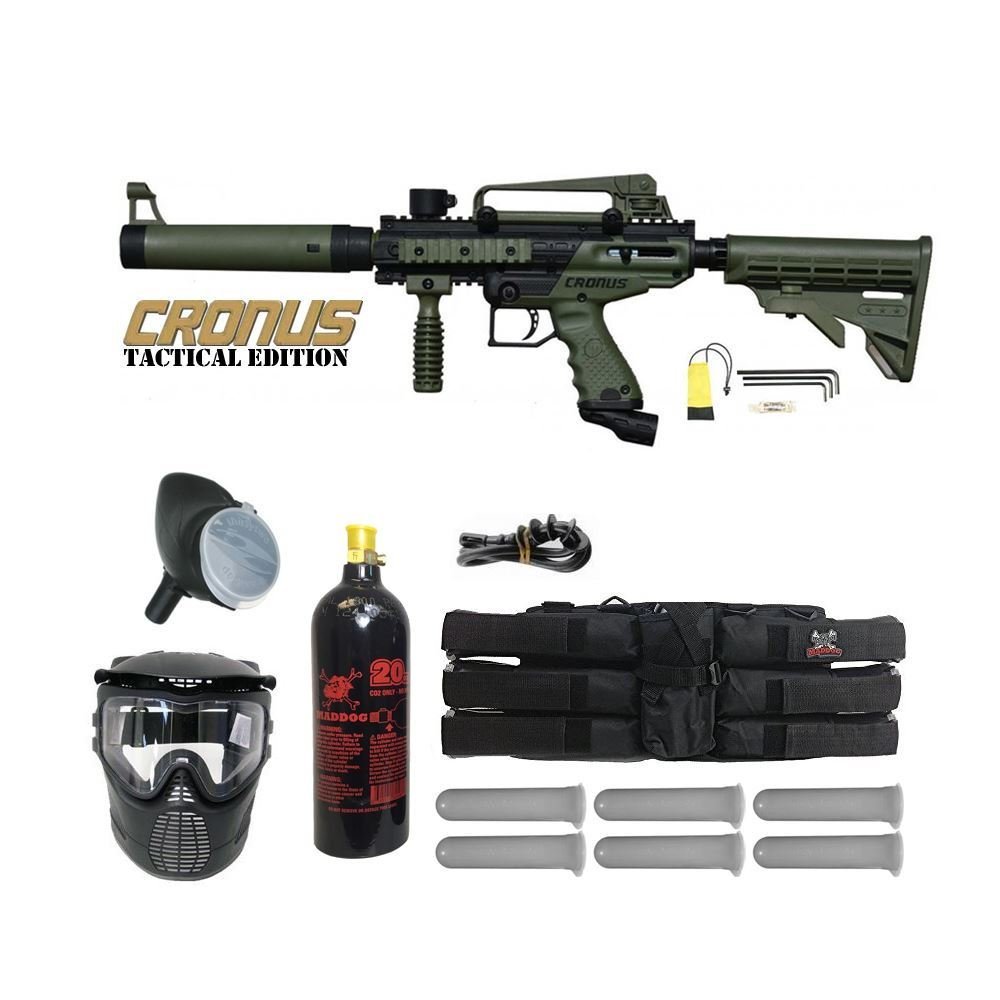 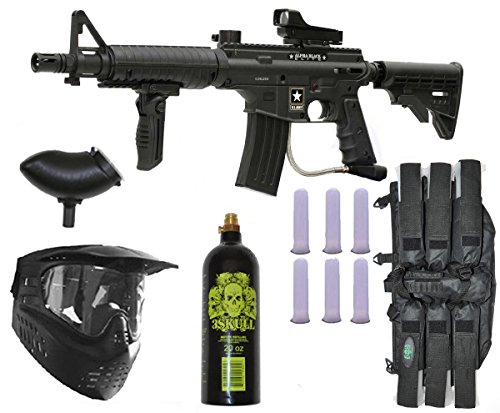 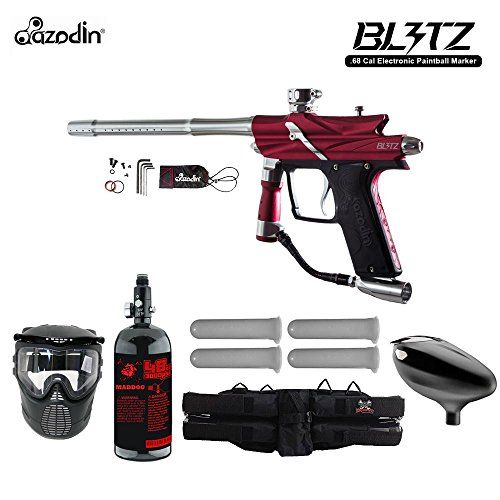 Most of these are available in sports shops. Nonetheless, when it comes to the gaming gear such as the knee pads, jerseys, and grit gloves, it is best that you order custom made items. These are specially designed to not only match your expectations but also ensure that it is the best fit. In effect, this impacts on your comfort and confidence during the game.

The game involves shooting and getting shot and with the paints traveling at such high velocities, you should expect them to sting. On close impact, studies reveal that these shots can prove more painful than anticipated with some causing bruises. However, there remains so much that you can do to minimize the pain. 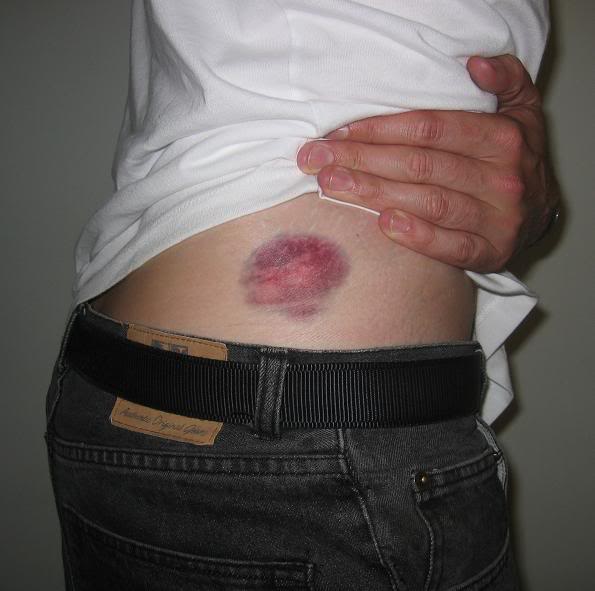 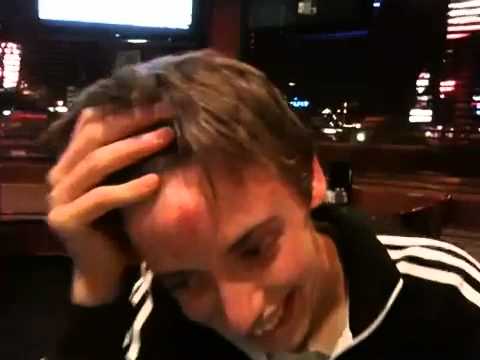 For instance, consider covering as much exposed skin as possible. This involves putting on layers of clothing like hoodies and sweats that turn the sting to just a rough and bouncy hit. In most cases, field operators will give or rent out other protective gear such as chest protectors, but it always pays to have your own. (Editors Note: Most paintball rounds travel at nearly 200 mph, but just for a short distance, still OUCH!)

How to Remain Safe Throughout the Game

The game might turn out to be the most adventurous and heart-pounding experience you will ever have, but you still need to get out of the field safe. And while such protective gears as helmets, jerseys, hand gloves, and kneecaps guarantee your safety to a large extent, you need to consider such other factors as your vision during the game. 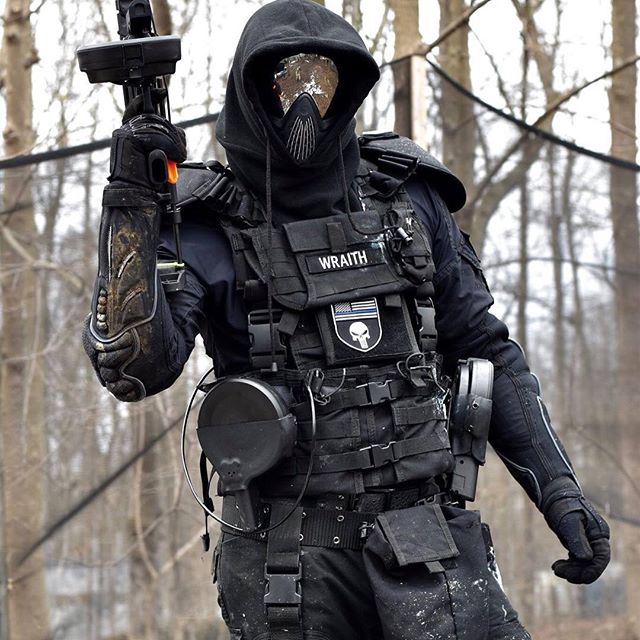 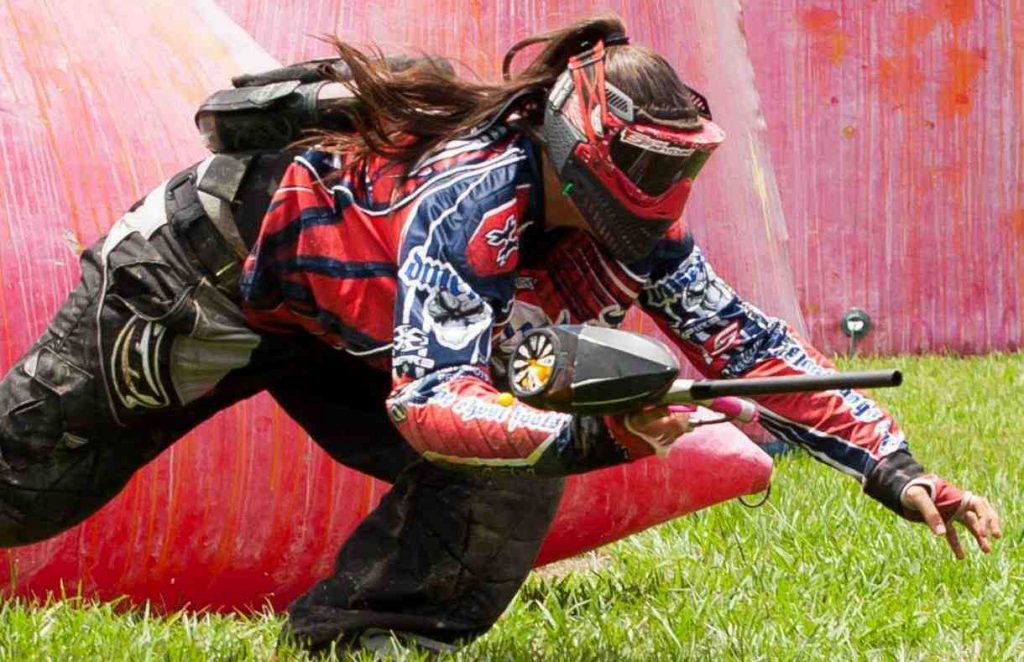 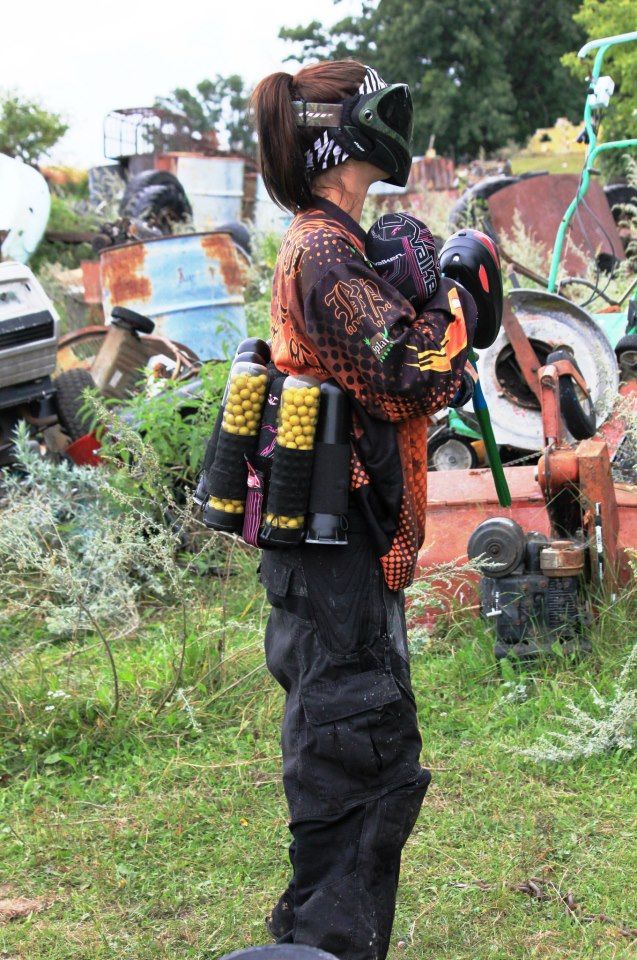 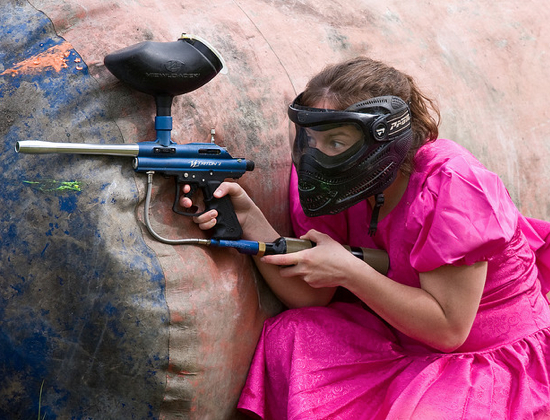 For instance, what happens when your googles take in paint hits, splatter, and sprays? You will need a special spray-cleaner as well as a towel and wipes to dust off the sludge from your lenses. And while you might be tempted to consider paper towels and tissue as cheaper alternatives, they aren’t as effective as the manufacturer recommended wipes.

Additionally, forget the open shoes and embrace military and other equally steady boots. These come in handy when trending through different terrains in the field especially for non-open field games. Nonetheless, whatever boots you choose, ensure they are fitting, supportive and able to withstand both water and mud.

Like in any other game, you are bound by a set of rules while on the field that you are expected to abide with. And though there exist different game variations with varying rules, here are some of the most common:
• You aren’t just responsible for your safety but that of the entire team. Therefore, you should never remove your mask or any other person’s while on the filed for any reason
• Unless you are playing a reincarnation game, you should leave the game once hit by paint that leaves a solid mark. However, hits that just bounce-off you without breaking don’t count as shots
• Similarly, this game calls for total self-discipline implying that once shot, you are responsible for calling yourself out. Most games require you to raise your hands up to notify the referee before taking your leave
• You should never fire at opponents within close range. Before the game you get to determine the minimum attack distance together with the referee and the opponents and where such discussions don’t happen, Paintball USA recommends recommends a 10-feet distance. 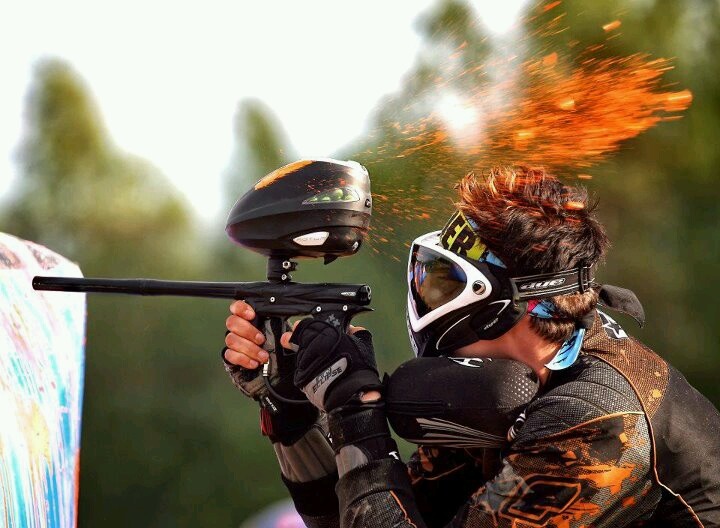 Only You Can Make the Game Fun and Memorable

The game is more of a snipping affair where you get to identify a suitable shooting position, get there before your opponent, and shoot them before they even notice your presence. It, therefore, involves a lot of hiding and as a first timer, it would be understandable that you don’t want to be eliminated in the first few minutes into the game. 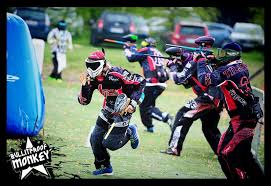 However, where is the fun in just sitting behind a barrier and waiting for your opponent to make a move past you, and even worse, what happens if they don’t? This makes the game dull. To spice it up and make it worth your while, move around and skillfully engage your opponents in exchanging shots. It would pay to remember that once you have stepped into the battlefield, you are utterly responsible for the fun and enjoyment of the game. 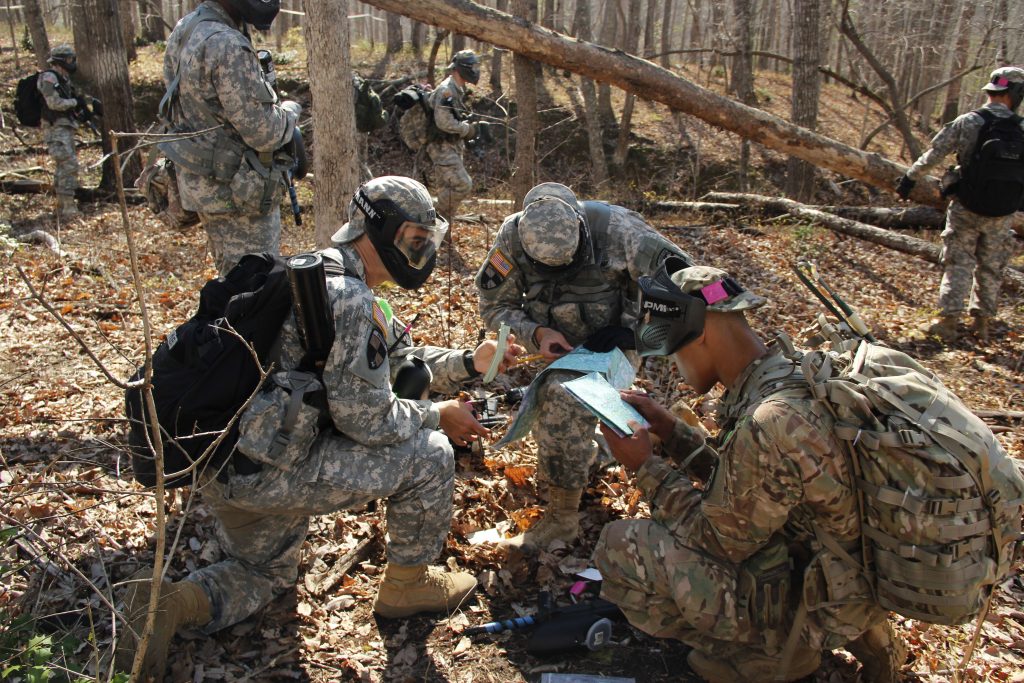 Getting ready for your first paintball game involves orienting yourself with the ins and outs of the game such as safety and the recommended gaming gear as well as the engagement rules. In most cases, a clear understanding of the basics is considered the first and most important step towards a thrilling engagement. Additionally, understanding these concepts give you and your team a better chance at winning.

Paintball is one of the safest sports out there, but there are plenty of opportunities for pain and a nice bruise. Thus protective gear is highly suggested. Most has been mentioned in the article. My equipment includes camo coveralls which covers my entire body to hands, feet and neck. Add to this really good boots with good ankle support (my worst injury was a twisted ankle), knee pads (dropping to your knees onto a solid object is quite diverting), fingerless leather gloves (lots of thorns/spines here in the desert), a foam neck brace in a camo cover (nothing says OW!… Read more »

All good information sir – had not thought about the foam neck brace – clever.

Thanks for sharing such a nice piece of information to us.