As most of you who follow the news already know there was a vehicle attack in Toronto this past Monday. Reported a ten people killed and 15 injured in the initial report, updated on Thursday to nine killed. This is just the latest in what has become a convenient weapon of choice for the lone wolf, or so the media would have you believe, that has been employed world-wide in the past few years.

No politician and no public official is ever going to state that these are anything other than random acts of madmen, and perhaps, by some miracle, or some stretch of logic, they are, but one needs to understand the realities of these attacks to understand if we can be prepared should we face such a situation.

The average speed some one can run: While scientists claim 40 mph may be achievable I choose to stick with the established fact that the world’s fastest runner, Usain Bolt, was clocked at “nearly” 28 mph in the 100-meter sprint. Bo Jackson once ran the 40 yard dash in 4.13 seconds, the fasted recorded to date. But drag them out to the 100 yards or a mile and the speed virtually disappears. Marathon runners can average 8.8 mph for 26.2 miles. Best information available is the average human jogs at about 8 mph, and sprints at 10.2 mph and of course distance is the great variable, as well as physical condition, terrain, age, an obstacles – like things and other people.

To get a comparison the average cycling speed is estimated at 9.6 mph and, in a race, a reasonably fit rider can ride at 25 mph on flat surface.

No match for any motorized vehicle driven by a human (RC cars don’t count.) So the reality is always that your self as a physical being is the best thing you can work on to be prepared but ones limits are pretty much defined. You are not, in spite of what you have seen in the movies, going to outrun a vehicle intent on hitting you. Dodge, weave and hide behind things, sure, but that assumes an awareness of the situation and an awareness of your surroundings, and the option to find things to weave around and hide behind and time to react.

So What Can We Do?

Avoiding crowds and crowded places – not realistic, probably not possible unless you already live on the edge of the grid. 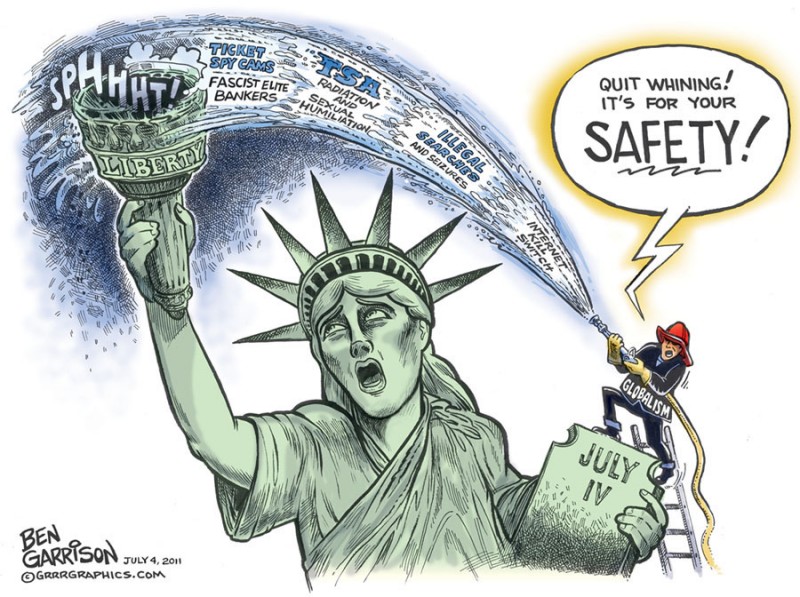 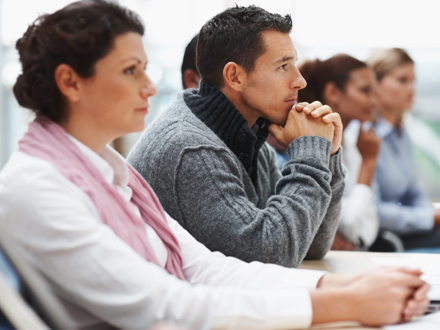 Making mental health a tribunal-level judgement that limits ones freedoms?  By who? Who is qualified to be the judge? I have had the misfortune to have three mental health professionals as relatives in my life so far and I’ll pass on their judgement and qualifications to make even simple choices. This buys into the mentality that we “can make the world safe” if only “__________”! (Fill in the blank with you own personal choices.) Realists know that making the world a safe place in an unattainable goal generally. My goal here is not to answer your questions, I am unqualified to do that, but to make you think of questions and work out how you will respond and react presented with this new (?) threat as vehicles have been used as weapons through their existence.

Vehicle bombs can be complicated, or they can be simple. As any military vet of the more recent wars in Iraq and Afghanistan can tell you the use of IED (improvised explosive devices) has come a long way for the days of Viet Nam – In Viet Nam the military jeeps had the gas tank under the drivers seat, you actually lifted the drivers seat up to refuel the vehicles. The Viet Cong figured this out and used it as a weapon early on. The gas tank opening would accommodate a frag grenade so if you pulled the pin but left the handle on and used plain old scotch tape to keep the handle in place, you simply dropped this into the gas tank. It would take a couple of hours before the gasoline ate away the scotch tape and bingo, wherever the jeep happened to be at that moment.

Another cute trick was using a flare round from the old style flare pistols. You could disassemble the old rounds, duck tape the magnesium package which has a self-contained oxidizer made of potassium chlorinate to a gas tank and then wrap the parachute around an axle. A few revolutions and the ignited gets set off by the pull, like the jerk of the parachute when it is in normal use. Modern rounds do not “facilitate” this any longer, but many other available igniters do. 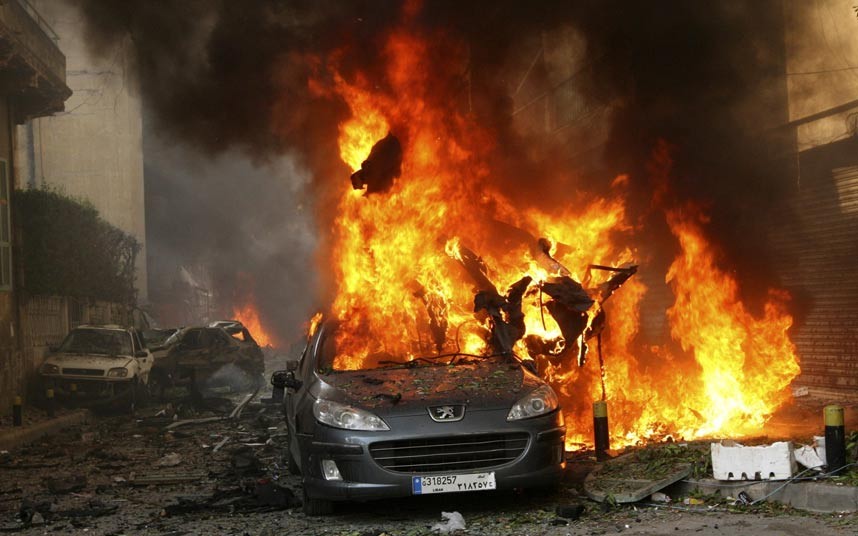 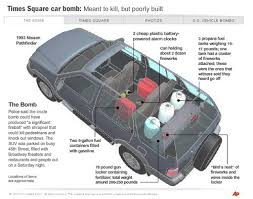 Bank robbers along the other side of our Southern border had a favorite. They would put explosives in an old vehicle attached to a 12v battery but not close the circuit – wire it to both terminals. Normally on the floor in the front seat and then set the back seat on fire and call the fire department. First thing firemen did was douse the vehicle with water, hopefully completing the circuit by soaking the battery terminals with water and “boom” – injured firefighters, police rushing to the scene, and then they would rob a bank on the other side of town. Sound far fetched? The fail-safe is the fire would eventually achieve a similar effect.

But now, with a valid drivers license, something some states pass out like the free mints at a restaurants hostess station, and a valid credit card – for sale at every Walmart for cash, and you have rented a potential weapon. No distinguishing marks, no smoking fuse, other than the driver, no rifle barrels pointed out the window and 4,000+ pound at 6′ wide and 7′ tall, most capable of accelerating from a normal street speed to 60+ mph in seconds. From a clinical point of view, this is an excellent weapon. Inexpensive, leaves a cold/close trail, 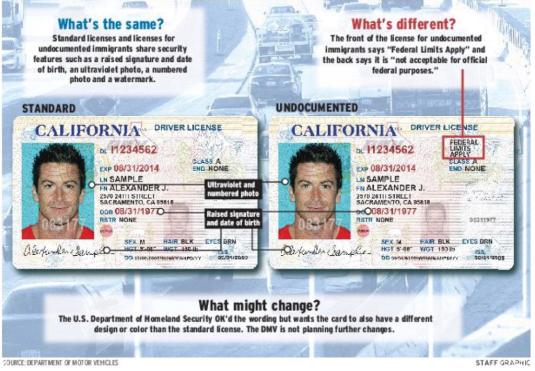 and if you survive you just walk away, and in most gun-free zones this is a possibility if for not the off-duty police officer or the on-duty policemen, moments away. The reality is that in the case of most on-duty policeman they are moments away when seconds count. And these incidents take only seconds.

So what are your opinions? I would like to know what the community thinks as to possible courses of actions or preventative measures. If this is more organized that the media wants you to believe then constantly looking over your shoulder is certainly the result these perpetrators want as a result. The fear, the uneasiness. While this may sound extreme, is this a rational to be used for autonomous vehicles? Another kink in our rights as we give up another freedom for a possible safety? Bad trade in the authors opinion. Reasonable due diligence and situation awareness are what I have come up with, and you?

Situational awareness can help. When you’re walking down a busy street, look for alleys, building corners, utility poles, etc. where you could find cover from a charging vehicle.

Situational awareness will be your primary defense. Paying attention to what’s going on around you will give you the needed time to get out of the way of the attack, and or prepare and execute your counter attack. In regards to the counter attack, if your skill level is sharp AND you have a weapon that can be effective (those who carry pocket pistols and keychain guns need not apply) you can stop the attack. I’m not talking about shooting the vehicle either. Anything short of a .50 bmg is not reliable. The driver is key to shutting down an… Read more »

“Reasonable due diligence and situation awareness are what I have come up with, and you?”
Always and everywhere.
And the autonomous vehicles can be readily hacked.

A good starting point would be to declare Islam a terrorist organization. IMHO only 2 types of Muslims exist, those that kill you and those that watch. That said there have been several incidences recently where deranged people were ignored leading to them committing mass murders with weapons and vehicles. I’m sorry for those with mental illness, but the safety of the many outweigh the rights of the few. Those with mental illness should not be issued driver’s licenses or allowed to buy a firearm. A state issued identification should be issued in lieu of a driver’s license that is… Read more »

Sorry, there are Muslims who have no interest in killing you (or at least me), and are not supportive of people being killed. A fair number of them. A more civilized view of Muslims might be those who believe Sharia Law is absolute and should be imposed on all, and those who believe that only the “harmless” parts of Sharia Law should be followed and then only if the individual chooses. The former includes those that are eager or willing to kill the “infidel”, and those who won’t do it, but support or at least don’t oppose those that do.… Read more »