I went back through the TPJ archives and found a number of articles on bullet-proof body armor. Bullet PROOF armor is in the same category as bullet proof glass. It DOES NOT EXIST.

I am of the opinion that every legal citizen should investigate the ownership of personal body armor for a numbers of uses, from home defense to SHTF. Additionally they should consider the protections it in its many variants affords family members in today’s world.

In the world of ballistics many principals of physics come into play and I could go on for ever about them, really. Maybe the reason invitations to dinner parties appear to be waning. No matter since I will drone about it just a bit right here. As Preppers, when it comes to bullets, there are two principals of physics that are the most significant – Velocity and Fragmentation.

The National Institute of Justice (NIJ) has established standards, Ballistic Resistance Standard 0101.06, for body armor and is the certifying authority in the United States. Be careful when you search for ANY standard from the government as Google, and all the other search engines, will give you pages and pages of data created by manufactures that look like what you are searching for but are really advertisements for their products. Even the link I provided above takes some intelligent maneuvering to get to the actual standard.

To revisit a point above there is bullet resistant glass and bullet resistant body armor, but bullet proof is not really achievable. Even the 46100 Brinell rated ballistic steel that is tested and proven to stop 50 cal rounds may fail if the velocity of the round exceeds the tested standard. This steel is what is used to make armored vehicles for the military. A sheet of this steel at 96″ by 48″ weighs 817.26 lbs. In bullets velocity is so much more a determinant of their penetrating ability that others factors like shape and hardness can almost be factored out of the equation, almost. 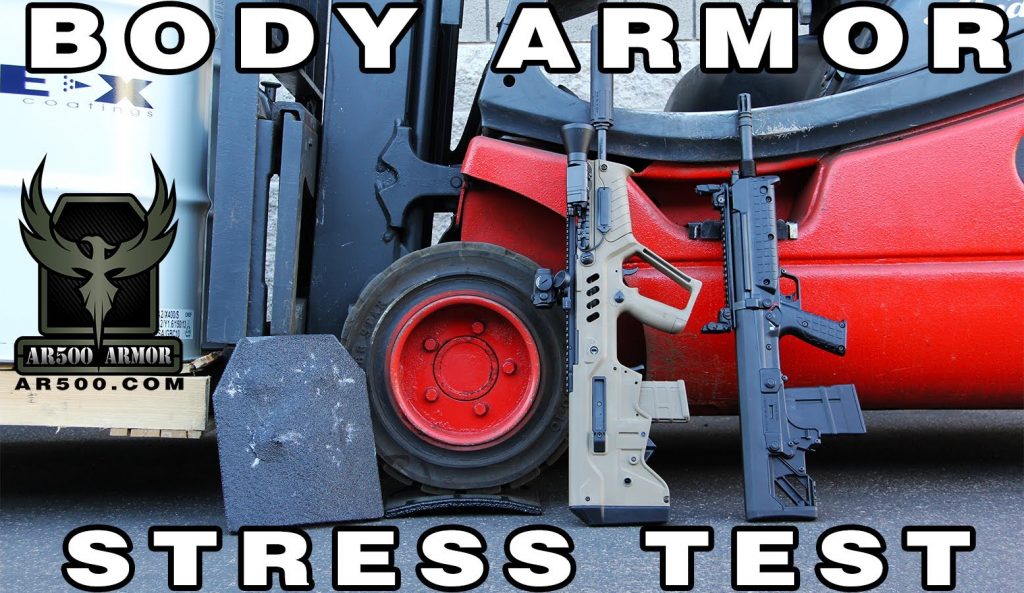 Level III is the NIJ standard level for rifle rounds. The current standard for Level III rated body armor is to test it with 7.62 mm FMJ, steel jacked rounds, the U.S. Military M80 Ball, at 147 grains and a velocity of 2,780 fps +/- 30 fps. Look at any box of 7.62 (308 commercially) ammunition and it will state the expected velocity out of a 16″ barrel. To increase the velocity of these rounds all you have to do is increase the barrel length. I have a 308 with a 20″ barrel and it will achieve velocities in excess of 3,200 fps using this same round, and at that velocity most Level III body armor can be penetrated. So know before you buy. Understand what threats you might face and do your homework. 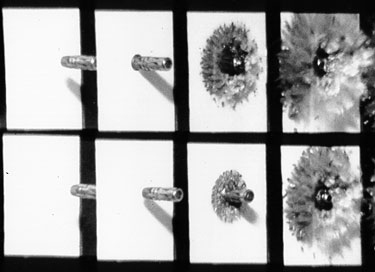 This is what you would expect. When an FMJ round hits a ballistic rated steel plate it either penetrates it or disintegrate. Hopefully the latter but again, dependent on the velocity. BTW ballistic steel armor is rated by its hardness, its Brinell rating, steel labeled AR500 is the standard and goes up to exceed a hardness rating of AR650.

And what happens to that “frag and spall” generated by the round hitting the steel plate? First it exerts a g-force across the entire plate, so it spreads the energy. Standard steel plate armor is 10″ x 12″ and plate carriers are designed to hold this in position over your most vital core organs. Yes, if you are hit by a rifle round and you are wearing approved body armor you are going down and you are going to know what it is like to be kicked by a very large mule, but you will survive. Companies offer soft “trauma” pads to wear behind the steel plates to further dissipate the impact across a larger area to lesson the shock and injured ribs or vertebrate.

If you hold your hand against your chest where the steel plate would be and imagine a round hitting you hand you immediately understand that the frag and spall is going to pepper the underside of your chin with fragmentation which could very well kill you. If either of your arms are extended past your chest in a defensive position or it you are extending them to fire your weapon, be it a pistol or rifle, your arms will be peppered as well. And if you are a part of a team your buds around you are likely to get sprayed which might prompt them to smoke your….well, you know. 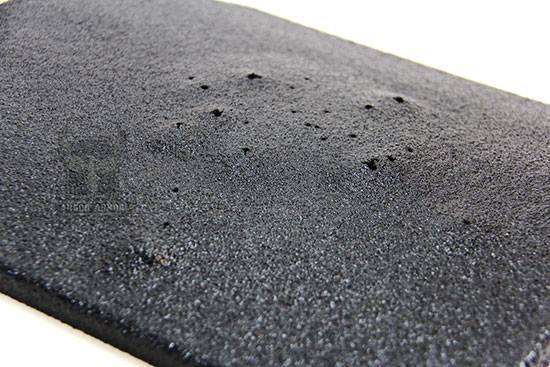 So you always want plates that are sprayed with a spall and frag coating to contain the fragments. The current ones, in what is called “build-up coat” are actually excellent. Sprayed with specialized materials not too dissimilar than those used to spray truck bed liners, they are quite effective at capturing all the fragments. They can sustain multiple hits and not fail. The NIJ tests body armor at 51′ and six (6) rounds per plate, equal distant. I have tested at that distance and sixteen (16) rounds per plate, equally distant, and had no failures. They cost more than the base coat but there are some places where saving money is incredible foolish, body armor, should you need it, qualifies as one of them. Parachutes come to mind as well.

What is the Take Away? 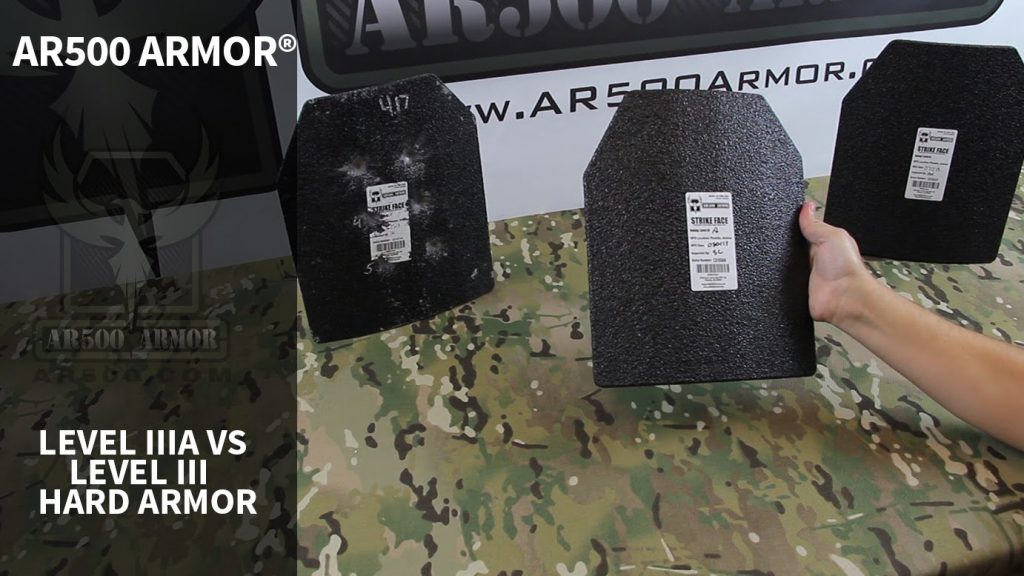 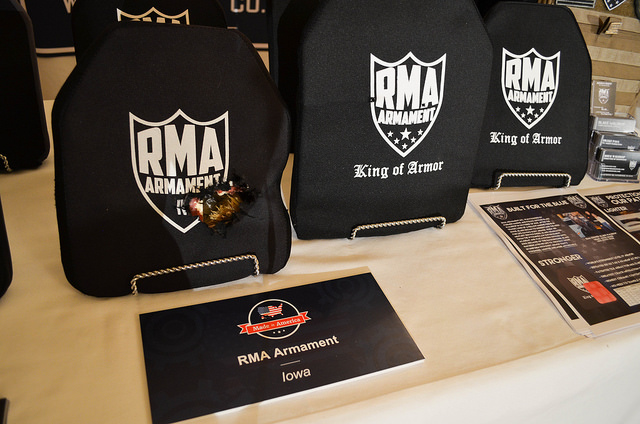 Backpack Armor. That is my singular goal. While I want people to understand that “bullet proof” is not possible and the reasons why, I stated all this to support the idea that you should considering investing in body armor for your own needs, that would be smart. As a bedside rig to don when you hear breaking glass or to wear as you head out when TEOTWAWKT comes to pass. And everyone who carries a backpack, a briefcase or a large purse should invest in backpack armor.

There are specifically designed backpacks for armor but most armor manufactures design armor specifically for backpacks, packs, laptop, and book bags. They come in cuts and sizes that will fit nearly all civilian and military style backpacks on the market allowing a convenient and concealable solution to staying protected. The soft body armor, rated Level IIIA by the NIJ is rated against all standard pistol rounds, up to and including the 44 Magnum traveling at 1,460 fps (velocity again, influenced by the barrel length, and a few grains of powder.)

This is soft body armor, flexible, made from materials that harden on impact. They have no metal components, are thin and light weight, less than 2 lbs. and are not detectable by TSA. They will NOT stop rifle rounds from the more common calibers like the .556 and 7.62. However those ballistic steel ones above WITH the build-up coat will. Yes, they weigh in at about 8.1 lbs for the standard 10″ x 12″ size and most backpacks require an 11″ x 14″ plate, which weighs in at 11.5 lbs. That is weight but have you lifted your high school kids backpack lately? Will the extra weight give them back problems or confidence and a sense of security?

As preppers we plan for the worst case scenarios. As the parents of children in school we should consider giving them every edge.

I can see that “backpack” armor would be helpful to avoid being “shot in the back”. How is it suggested to be utilized in a frontal attack?

Held in a defensive position with one hand while you empty your Glock 36 at the shooter with the other. Gee, that question was on the third grade test last year 😉

Drat, we didn’t get Glocks back when I was in the third grade. Obviously that has handicapped me for life 🙂

You are a salty devil, Wild Bill!

A projectile striking a metallic panel will create “spalling” on the reverse side (non-badguy /goodguy side). The thick urethane coating (like Rhino-liner) on most of the panels offered will mitigate some of it. Wear a woven bullet-resistant vest (Kevlar, Spectra, Dyneema or Tensylon) with your panel. Purchase your panel and carrier to fit over it. Metallic panels are very heavy and awkward. Many are not well designed ( just chunks of metal) and they will interfere with a normal range of motion. If all you can afford is a metallic panel in a carrier, then get one but always wear… Read more »