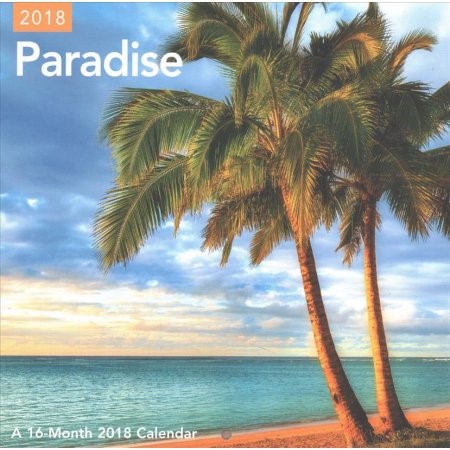 There’s no shortage of people who are delighted to put 2017 in the rear-view. I’m one of them. Mine doesn’t even revolve around politics or the major disasters that struck over the course of the year – and they were legion. I was lucky enough to weep only for strangers.

Mine comes from the repeated “small” one-two punches from nature. It was a tough year here, but it was only tough. We didn’t make national news (thank heavens). I am also lucky enough that, right now, I don’t need the things that were impacted. However, 2017’s local effects will resonate for years. As preppers, it makes a good case study. So… 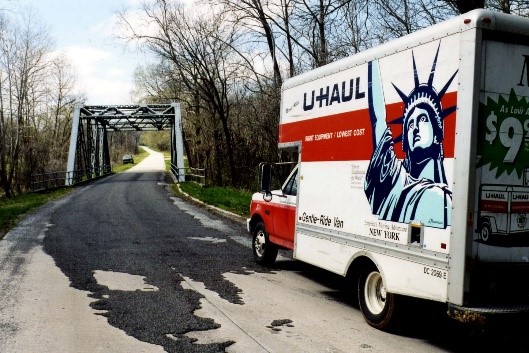 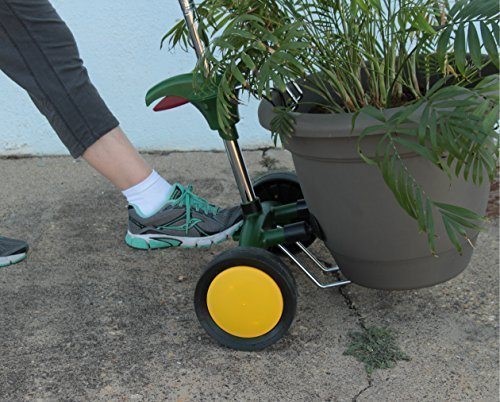 I’m not “new” to my area even though I only moved back in 2016-2017. (Shoutout to my peeps – ‘twas BAD moving prepper+plants+animals…again.) With close family ties and multiple visits per season, I’ve stayed in touch with our lands.

Some of the property I acquired had actually been in our family up into my lifetime. It’s land I walked as a child and teen. I’ve been solely and actively managing some of it for 10-12 years. In some cases, I know it far more intimately. It’s where I finished growing up. I’ve visited for the 20+ years I was away. I’ve had my hands in that dirt and boots in those woods for most of my life.

Even when we intimately know our area and planting-harvest cycles and needs, nature can throw us curveballs. It doesn’t take a major disaster to wreak havoc. 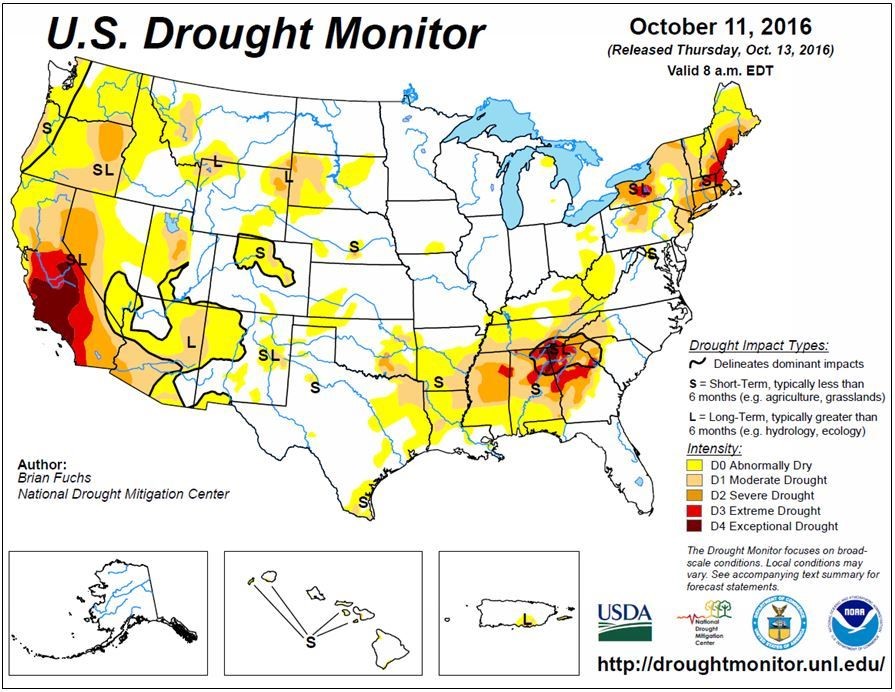 My area has been in a long drought. We set local records for droughts and heatwaves that finally ended in 2016. Soils and plants are still recovering. Domestic perennials that had been fine in past years and decades slowly failed or are stunted. The wild edibles and forage have shrunk in some cases, expanding in others, or disappeared entirely.

Then Winter 2016-2017 was a particularly weird one. It was plenty wet, but it never got really cold, and it didn’t stay cold long. The drought and the warm, wet winter combined to magnify some of the one-two punches 2017 delivered to our little neck of the woods. 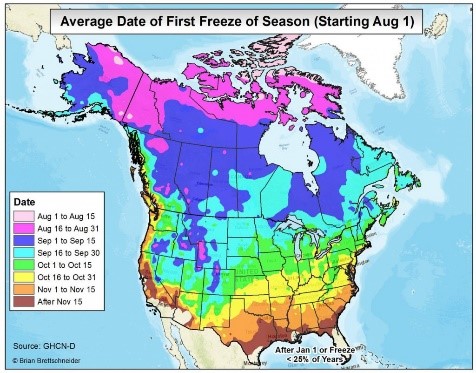 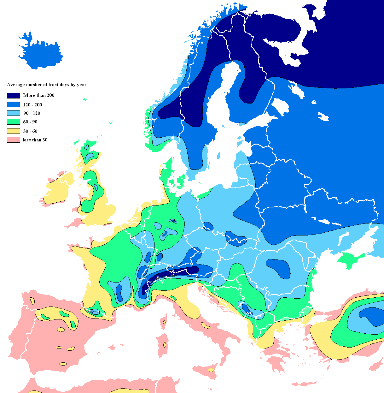 Long-range forecasting held true for the back-end freezes and frosts leaving 2017. However, the last frost in spring is usually March 15-30.

It warmed then as usual. Then a 22-degree, three-day freeze hit us in late April.

Anything not covered froze. Now, thanks to our modern weatherman, we knew this was coming back at normal planting time. You can’t always adjust, though. See, autumn-sown wheat is the healthiest and highest-yielding here. There are also frost-sown peas and grains that had hit the soil in winter expecting the norms to hold true. You can’t cover whole fields.

Ignore the veggies. Ignore the delay in planting for spring-sown crops. I lost two-thirds of my usual calorie harvest 2-10” above the ground, frozen tips to roots. I wasn’t alone. 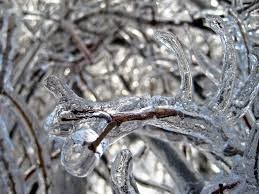 We already knew that some of the chill-hour dependent trees would be a wash entering 2017. Now we also had extensive damage to leaf and flower buds. Early-cropping berries were totally lost. In some cases, we lost trees and shrubs themselves, or they died back to the ground and will start almost completely over. Few here have smudge pots, fewer “enough”. Spraying only saved some from the freeze.

Nature followed with a one-two punch of month-long soaked periods.

The first, in late spring, was bad enough just delaying haying and planting, and from seed-crop loss. Then, straight-line winds barreled through. The sodden ground couldn’t hold. The whole area lost mostly the big, mature specimens – both evergreen and deciduous, in yards, in nut orchards, and in our woods. 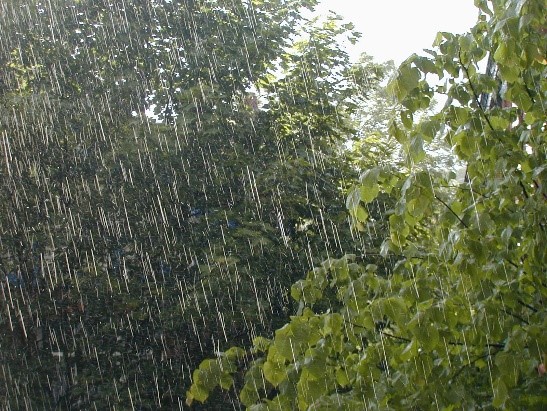 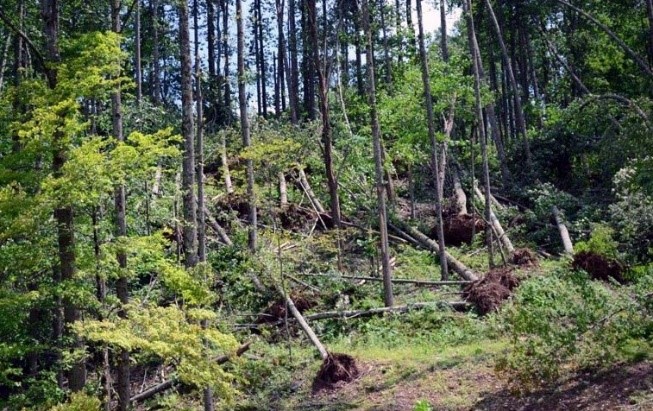 The second period of constant wetness struck in normally dry August-September. That’s grain, bean, and oil seed harvest season. I had dry beans sprouting in the pods on the vines and sunflower seeds sprouting in the heads.

My usual harvest methods didn’t work, nor did my usual threshing. I had to find space to dry beans, grains, and oil seeds so they could be inspected for mold (sadly, I plant many dark and spotted pods). The labor alone impacted how much I could salvage. Tree and grass haying was nightmarish. We sheltered some, fermented some, rotated pasture faster (remember: hoofs/claws+wet = mudpit instead of field), gifted lots to neighbors, and left some to seed for wildlife. 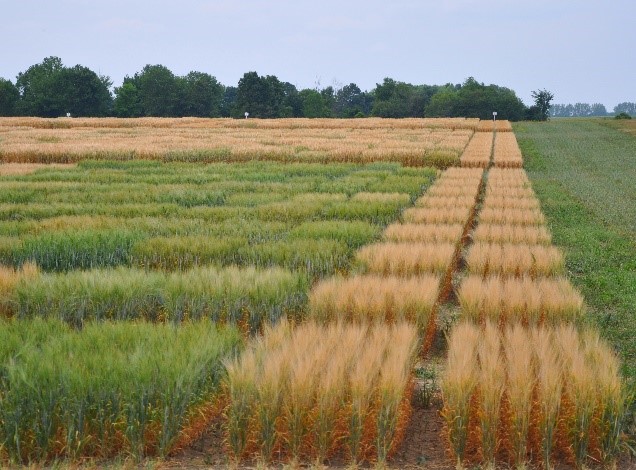 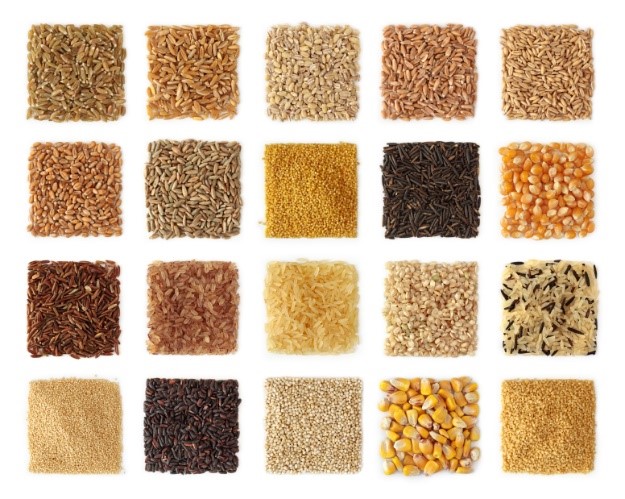 2017’s pains aren’t limited to 2017. More things had to stay covered longer, and later. That delayed plantings where I needed the frost screen for pollination or pest prevention. Wet + heat = insect, bacteria, and fungi weather. Preventatives, treatments, and amendments had to be applied – repeatedly and far more often than usual, due to washout. That lowers those stocks, and creates soil vulnerabilities.

With the edible grains and legumes from the frost death and wetness, went seed for future planting. (The soaked seeds may have broken dormancy, and just not advanced enough to see splitting and dimples). I collected a tenth of the seed I anticipated for landrace projects. Luckily, growers harp “keep 2-4 generations of seed”. So I have backups, but no expansion planting on those fronts. 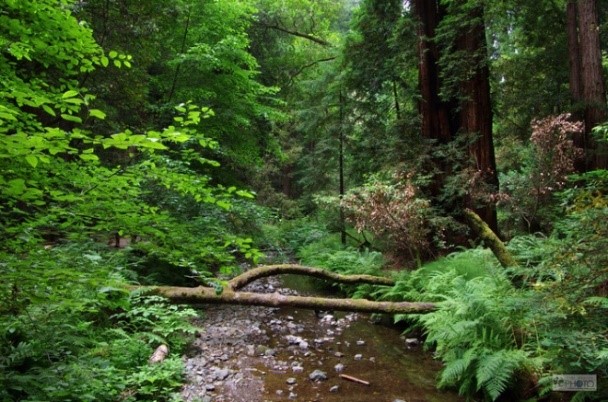 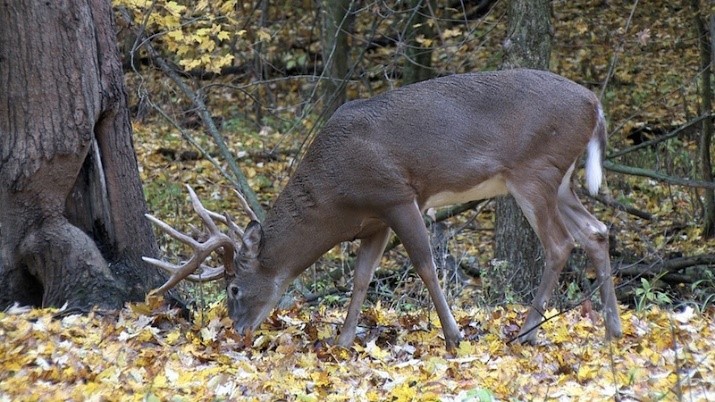 Had 2017 been a “Bad Thing Happened” year where we lost purchasing capability as individuals or as a region/nation/world, culling and rationing would have gone into effect in June. See, it’s not just the ag side. My woods and river are impacted, too. My heart truly breaks for those places impacted even more.

There are some benefits, but it’s mostly future challenges. Timber, posts/rails, and firewood harvest will have some boom-bust, but that’s pretty easy to mitigate. My wildlife habitat took some nasty injuries, though.

That may sound like it’s solely yuppy-greenie-eco-freak nannying, but I use my wildlands. I harvest mast http://www.mast-producing-trees.org/2009/11/what-is-mast/ for birds and hoofstock. I hunt and forage those woods. Waterfowl and fish need the woods to keep the river and creek clear. Small birds, raptors, rodents, and cats provide pest control. 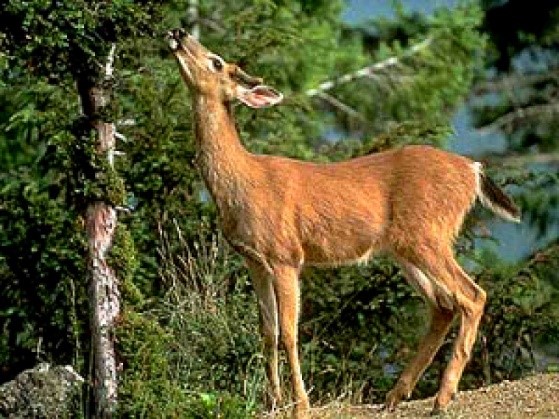 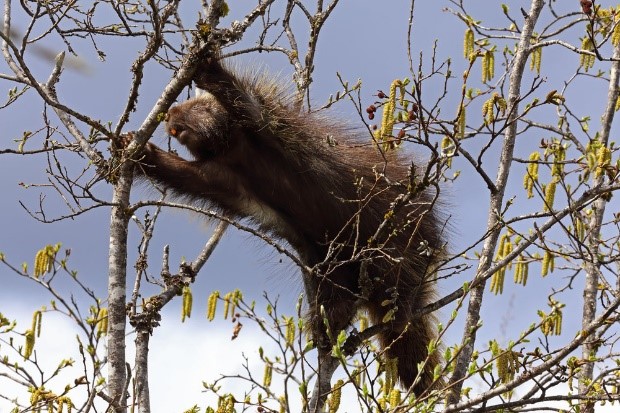 Future boom is coming, from all the growth that will spring up inside deer and rabbit reach in the next few years. However, there are a lot of pines, oaks, walnuts, pecans, elms and maples that didn’t drop seed this summer and autumn.

A lot of young saplings came down with the behemoths, and won’t be standing for nibbling tips and stripping bark Winter-Spring 2018. A lot of mature-tree tips and buds won’t be feeding deer, raccoons, and porcupines. If too much of the young growth that’s standing now gets eaten as an alternative, it will take longer yet to get my woods back to former levels.

Had my 2017 been everywhere, and 6 months into a widespread disaster, many preppers and survivalists would be in pretty dire straits – the homesteader types this first winter, spring, and summer, the survivalists maybe a little later depending on how hard-hit foraging, fishing and hunting already “was” at 2017’s opening salvo. Had January or March 2017 been the zero-hour for a disaster, many of them would still be in dire straits with the loss of farm and garden yields.

We can’t beat nature. We can prepare for her, though. The just “bad” years, anyway.

Our storage goals should cover not just to our planting season, not just to the following harvest season, but include a year when our staple grains and beans are lost, as well as the seed from them. 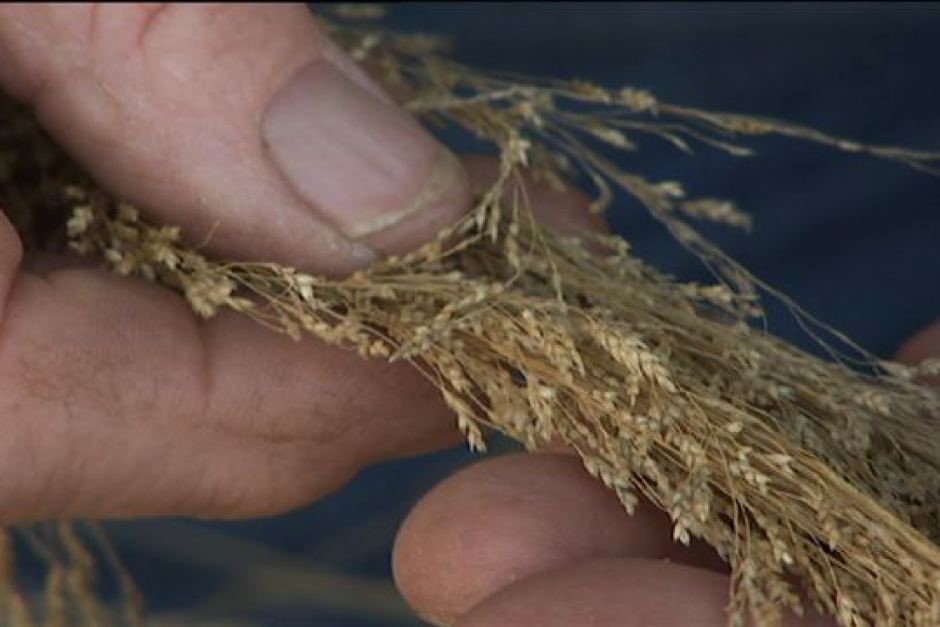 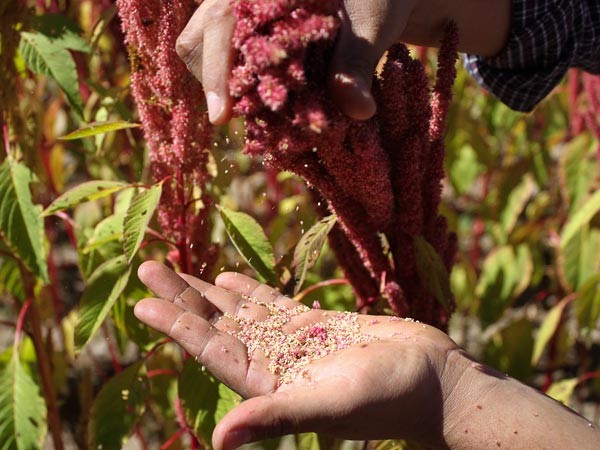 Ideally, we have alternatives, not just backups. Should drought, lingering spring wetness, or a late freeze a month removed from our averages and records hit us, alternative crops might not yield as much, but they will take some of the burden off our storage.

To prepare for insect hordes, summer-autumn floods, and early first frosts that may take our main harvests, we can stagger our plantings, and plant with a variety of harvest dates in mind. It can make crop rotations “funtastic”, but it’s workable. 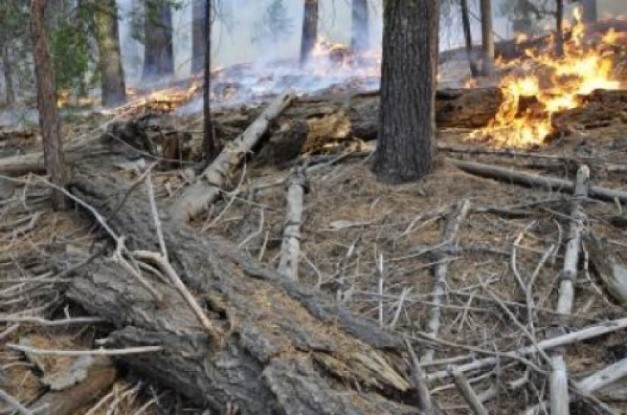 We can also apply the cycles we see. Really bad single-year droughts seem to regularly be followed by crazy wet springs or really nasty winters that cling and hold on. Droughts and lingering wetness change the compositions of field and pasture, so we need to reseed that or be prepared to wait it out.

We know that drought means dry. Dry means increased fire risks, individual and widespread. We can increase our watchfulness.

A tangibly, visibly bad drought, a several-year drought cycle, or a wildfire uphill or upstream, and flash flooding and mudslides become pretty predictable. We may not know when they’ll hit, but we know it’s a risk, and can limit exposure to risk areas and prepare to evacuate in heavy rains.

If we’re planning to hunt and forage, knowing the patterns of nature and wildlife lets us anticipate the booms and busts. We can adjust what we take, when we take it, how much we take, and increase preservation of wild bounty to mitigate later disappearances. 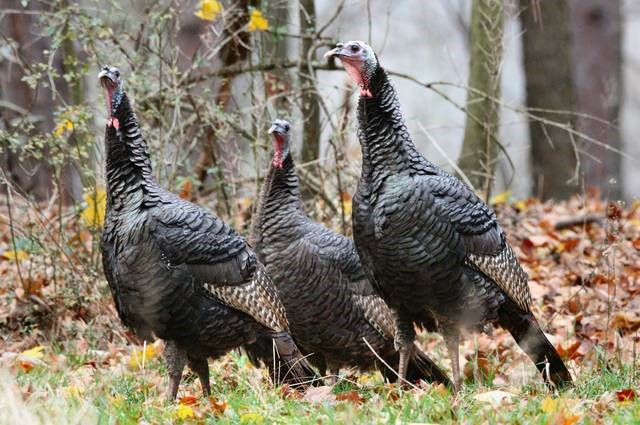 Nature can be capricious. Surviving her “sudden” outbursts can be hard enough. Surviving when we depend utterly on her day-to-day mercy takes some planning, resilience, and perseverance. It can be done, however. We’ve just sometimes lost touch with how we did it throughout history.

We have time to learn right now, though. And, thanks to some of the technology that also makes us vulnerable and forgetful, we have a whole world’s resources to apply to preparing for it. 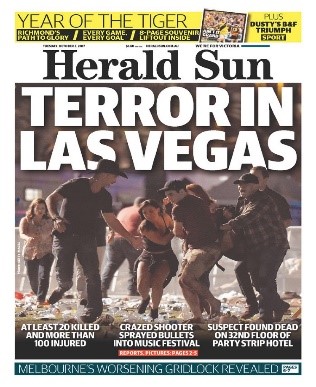 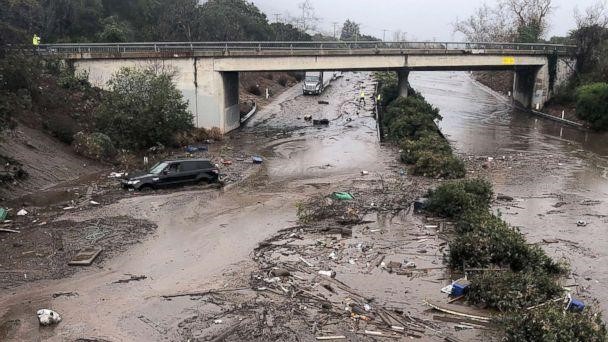 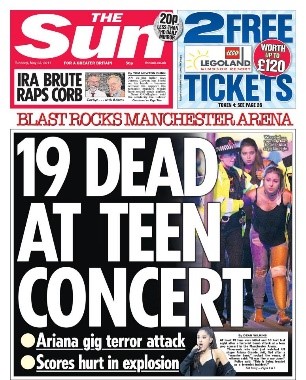 I had nowhere near the tragedies that occurred in the rest of the world. I lost no family or friends. My home stands strong, whole, and warm. My hill and my river are not burned or buried under mud. My town wasn’t endangered by wind, water, or warfare. No madman or terrorist put us in the news.

I do not make light of this year’s pains. The people affected by 2017’s human-caused and natural crises have my heartfelt sympathy.

It doesn’t take a single-point disaster, though.

Our local farmers took the same repeated hits I did. One re-tilled six times without a single market-sale or silo-filling yield to show for the expenditures in fuel, time, and seed … and now he must purchase what he didn’t harvest. Some had to sell off a chunk or whole herd because they can’t feed them this year. Some have to sell land they can’t afford without one harvest or another. Disasters were small, but disasters all the same. For every tree cutter banking overtime here, there were farm-related laborers with no work. Some have lost their homes. 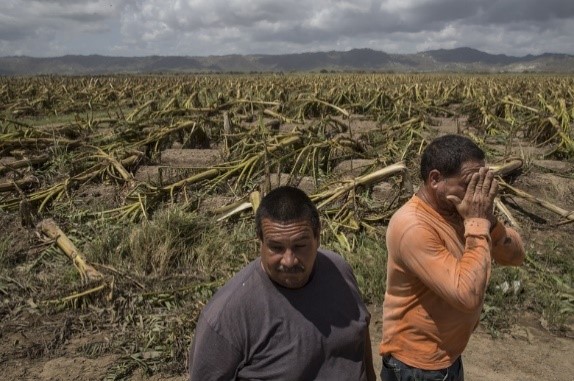 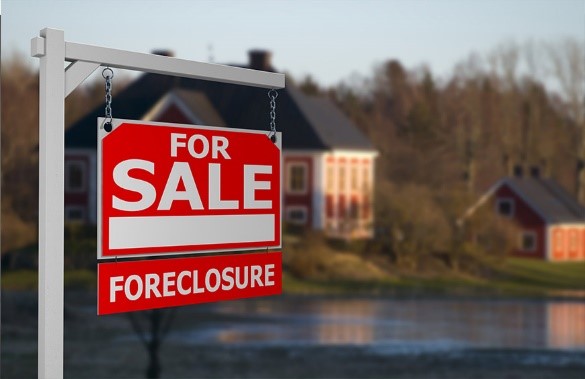 For them, the world as they knew it has ended. A lot of people are in that position entering 2018.

2017 will continue to affect the road ahead. I am very, very, very grateful not to have been the victim of any of the heart-wrenching moments that peppered this year, all around the globe. She wasn’t just hardships for me, though. She was also learning opportunities, a chance to evaluate, and a reminder that I am just as vulnerable to the non-crisis disasters as I am the biggies.