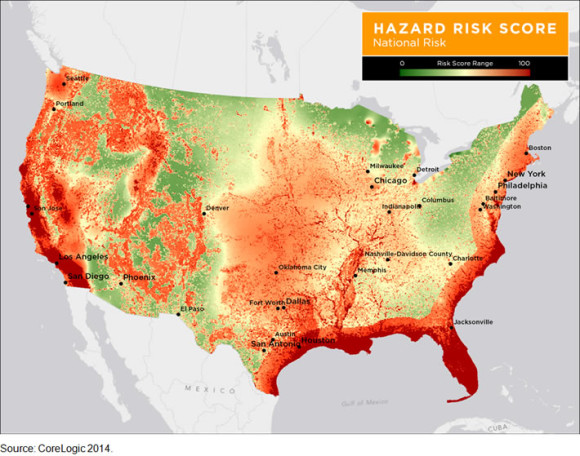 Editors Note: A second guest submission from Cody Jarrett to The Prepper Journal. Serious Preppers will see the advantages in new products like these. As always, if you have information for Preppers that you would like to share and possibly receive a $25 cash award like Cody, as well as being entered into the Prepper Writing Contest AND have a chance to win one of three Amazon Gift Cards  with the top prize being a $300 card to purchase your own prepping supplies, then enter today!

This year the United States has seen a large amount of natural disasters including earthquakes, hurricanes, tornadoes, floods, and blizzards. In many cases these disasters left thousands of people stranded without food, water, first aid, shelter and other necessities. It is a recurring theme we as preppers follow, plan for, and hope against. 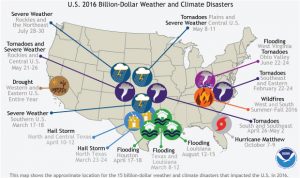 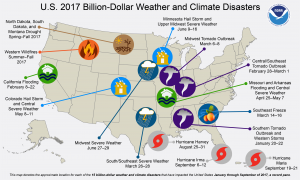 A good shelter is one of the most important items when planning for an emergency. The website Ready, the Official website of the Department of Home Security  lists shelters as the 2nd thing to plan for in an emergency. While most preppers plan to shelter at home as a first base, they also know having a bug-out destination is always necessary planning. After many disasters, it may be difficult to evacuate because of road damage, flooding, or lack of resources. In these instances, it is important to have a good shelter on hand that is adequate for your climate and family situation.

When researching shelters there are various kinds from army tents, yurts, bunkers and even camping tents. There are pros and cons to each one, but I am here to write about why geodesic shelters (specifically Geo Shelters) are the best shelters to live in after a disaster.

What exactly is a geodesic shelter? 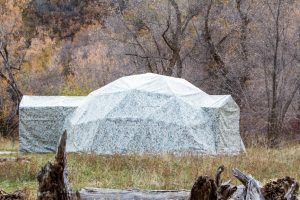 The word geodesic refers to the shortest distance between two points on a curved surface. A geodesic shelter is a dome that is made of half a geodesic sphere. They are usually made from an array of triangles that form this sphere. These spheres enclose a maximum amount of space with the least amount of materials and they don’t require any interior supports.

What are the Benefits of a Geo Shelter? 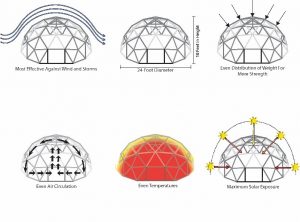 Geo Shelters have several advantages when compared to conventional emergency shelters or housing. But some of the best benefits are:

Other benefits include affordability, ease of assembly, energy efficiency, and versatility.

What makes a Geo Shelter different from other shelters?

Geo Shelters are one of the most portable shelters for their size. The frame on the Geo Shelter is made of aerospace grade aluminum giving the structure its strength and integrity while also helping to keep it significantly lighter than its competitors. The base weight of the 24-foot shelter is 211 lbs. and is broken up into 4 bags giving the shelter the ability to be loaded into cars with ease. 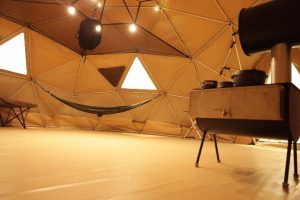 Geo Shelters are also made for long term use. The fitted cover is made from an architectural vinyl fabric that is rated to last 5-7 years, 365 days a year under any weather condition. The cover material is UV protected and fire retardant.

One of the great benefits of a Geo Shelter is the ability to customize the shelter to fit your family’s needs. Some of the options are the number of vertical doors, its color  (white, tan, or digital camo), or added insulation and stove jack insert. A wide selection of accessories also help customize the shelter. Some of these accessories include vestibules, interior doors, gear lofts, room dividers, screen doors, stoves, solar panels, lighting, and sleeping systems.

We are a fan of Geo Shelters lightweight and portable structures and they will guide you through the process of designing your shelter to best fit your needs, and your budget. The code “ThePrepperJournal2017” is good for a 10% discount.

Geodesic domes a strong but they are difficult to build without the connecting plates. The wigwam is a simpler dome that is just as strong and is easy to build using saplings and cordage.

“Why Geodesic Shelters Make the Best Emergency Shelters”
bottom line? They don’t.
You may think they look cool and whatever, but “emergency” implies something that we didn’t intend.
I don’t know about anyone else, but I won’t have a fancy “euro” shelter in my gear.
Dumbass.

The argument isn’t bad, but the angsty attack diminishes any impact your response might have carried. Bottom line, its all about position and situation. If you are stable, but outdoors where you are, a dome is a great play. If you are moving somewhere specific in a giant truck, it can be a good play. If you are moving nowhere specific, and/or in a car, its a weak to terrible play. Physical security would be a big concern. Setting the Taj Mahal of tents up is a huge give that they have resources. That smoke stack coming from the giant… Read more »

(sigh) it’s a PREPPER site…you know preparing for emergencies. So there you are amidst the ruin of your home and you open your emergency storage trash can and take out the plastic drop cloths, and duct tape and a few essential tools and by using some 2×4, or PVC pipe, or conduitetc. you make some simple triangular pieces and cobble them together into a useful shelter. You sure could just wigwam it, or even a lean to, but the the thing with domes is the structure is climbable as you build it. You can even pre-fab hub connectors if you… Read more »

This sounds like a strong prep idea, but not something that should be planned as a bug out prep. 211 lbs, 4 unstated, but definitely large bags. That is a lot of precious real estate in a car being consumed by a geo shelter. Most people fail to realize how little free space is in a car once the people are loaded. They also fail to realize how little free carrying capacity exists in most cars. Take your car to the scales some time. Get the vehicle weighed with your entire team (include the darn dog). Subtract that from the… Read more »