Mother nature has been showing her wrath in 2017. There is no hiding from her. Coastal cities have been smashed by hurricanes and interior cities have been devastated by earthquakes. There has never been a better argument for preparedness. Whether you blame these instances on climate change or not they still happen. You must still be prepared for them. 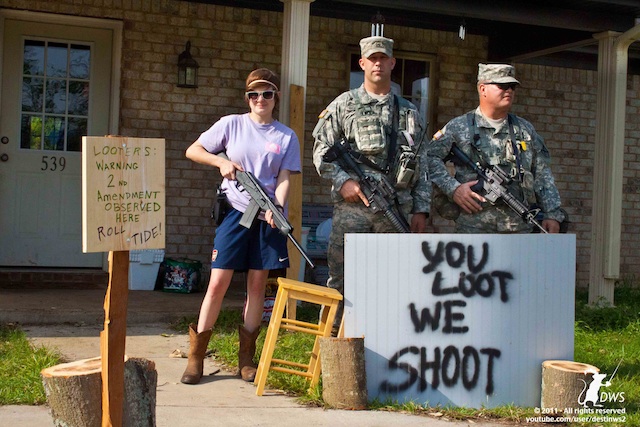 We think that the threat from a powerful disaster, like a hurricane, comes only from the flooding waters and high winds. After the devastation, there is a propensity to commit a crime. We consistently see looters take advantage of abandoned and devastated cities. Are you ready to defend your property? If so, you need a plan to protect your neighborhood.

Though the popular prepper takes on survival can tend to be a bit lone wolf it will be easier for you to defend a community or sections of a community with a larger army of people. In the most recent disasters, we have not seen armed looters shooting at homeowners. This means a handful of armed homeowners can create a perimeter to protect their community.

Organizing a Base Defense Plan to Protect Your Neighborhood

Whether you are defending an entire neighborhood or a few homes, setting up a base defense plan will be crucial. Not only will it be crucial that you understand but it will also be necessary that the people in your group understand it as well.

Consider the following locations in your plan:

“Concentric rings of security extend out into your area defense.  During an emergency or a shift in society, it may be necessary to establish security positions.  Square, triangular, pentagon, and free-form security perimeters were constructed by the early SF units in Vietnam.   Through trial and some error, the triangle shape was found to be the most advantageous.  The triangle provides that 360-degree security with the least amount of positions.  One of these positions should be the main entry and exit point to your camp.  Alternate access to the camp should also be located with another position.  Positions should be placed in a location advantageous to view the largest amount of terrain while interlocking with the other two positions.  These positions can be outbuildings or individually constructed.” Taken from THE SURVIVAL GROUP, YOUR STANDARD OPERATIONS PROCEDURE BLUEPRINT – By Alton Gabriel 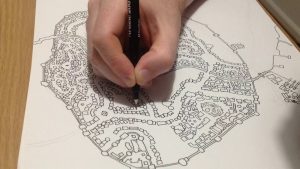 The best way to convey your plan is to map it out on paper. This does not have to be a true work of art. You can merely map your neighborhood out and the homes included in the defense plan.

I recommend creating a base defense before the disaster. It does not have to be communicated but it can be drawn up and planned out. Sure, after a disaster you will need to tweak it a bit but you will already have a baseline to pull from. Be as detailed as possible with that first map. Include locations for everything we have discussed and maybe even names. At the very least include how many “soldiers” will be required to achieve your plan.

If you want to step up your game from basic drawing print out a few aerial views of your community from Google Maps. These are great to build your plan on. 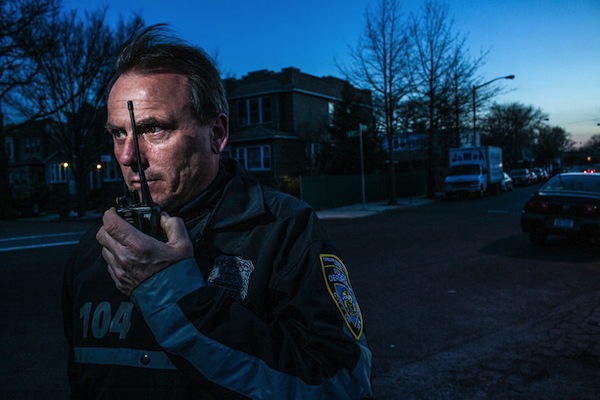 Though your map may contain locations for fighting positions or on guard positions you will still want to carry out patrols. These patrols may be periodic or may be specific to a certain time of day i.e. nighttime hours. Follow your identified perimeter and be sure you have enough people on patrol to get the job done.

Also, offer those on patrol with a means to alert the rest of the community in case of a breach.

These could be two-way radios, air horns, or even simple whistles.

“Active Patrols are a major part of your area defense plan.  During Katrina, neighborhoods banded together to create defensive positions for area security as well as these active patrols.  If manning isn’t available for these patrols, hidden listening and observation posts can be utilized.” – THE SURVIVAL GROUP, YOUR STANDARD OPERATIONS PROCEDURE BLUEPRINT – By Alton Gabriel

This team will be responsible for protecting more than their own property. Of course, you will be stronger together and that’s very important. These patrols could last for days depending on your situation. In all actuality, you will be asking normal civilians to take on the role of an active-duty community military. It will also be important that you look at it that way.

You must concern yourself with an average soldier’s day and the struggle to find comfort and hygiene.

Building a base defense plan might make you cringe. Perhaps you are too civilized for such a thing. Well, that will all change after a disaster. This is not a third world problem. In fact, the more secure you are financially the more important it is you get planning. Where would you hit first if you were desperately in need of resources following a disaster?

Editors Note A guest contribution from James Walton to The Prepper Journal.

“lotters will be shoot on sight”
HAHA!! they spelt shooted rong!

Yep, they sure did. Here, I’ll fix it for them.
“Looters will be shot on sight.”