Well, It is Halloween After All! 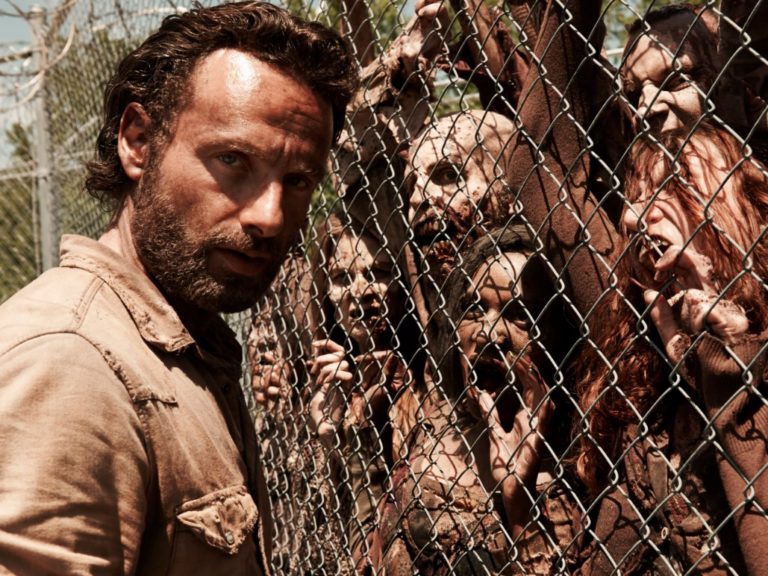 Editors Note: In the “spirit” of the holiday, with tongue firmly in cheek, here is an article from the writers at Company Essaylab, with just a few tweaks from TPJ. Blame it on the sugar-spike from all the candy being left about like clues in a scavenger hunt!The Prepper Journal will return to serious matters tomorrow, on the Dia De Los Muertos.

As always, if you have information for Preppers that you would like to share and possibly receive a $25 cash award, as well as being entered into the Prepper Writing Contest AND have a chance to win one of three Amazon Gift Cards  with the top prize being a $300 card to purchase your own prepping supplies, then enter today!

Don’t delay. Prepare now for the zombie apocalypse. Your life and the lives of your loved ones depends on it! Don’t think it is possible? Have you NOT seen what colleges now call graduates?!?!?!?!

Here It Comes… Are you ready? 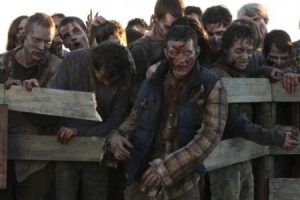 The Zombie Apocalypse is a phrase used to describe the inevitable breakdown of society as we know it due to a zombie infestation.

Precise details of when and where the zombie outbreak will originate and what will cause it are largely unknown at the present time, but we do know that it is coming sometime soon and will affect the entire planet. Traces of evidence appear hourly, if not more often on social media, and in the “Media”. Mindless drones are now a thing…..not the ones that fly but the ones that the media always seems to interview at rallies.

Regardless of its exact nature, the zombie apocalypse is expected to follow these predetermined steps:

Know the enemy… before he recognizes you as it’s prey

If you want to survive the forthcoming zombie apocalypse, you will need to learn about zombies. Whether you plan to fight, flee or hide, an intimate knowledge of the zombie’s body and mind will increase your chances of staying alive.

Because the zombie outbreak has not yet happened, the exact nature of the zombie is still an unknown quantity, though social media warriors provide valuable insight. Fortunately the greatest minds of science and Hollywood have combined to give us an idea of what to expect from our eventual undead foes.

The ‘classic’ zombie (pictured here) will be your most likely threat post-apocalypse. “Acting like teenagers” will be your first clue that they are now devoid of all previous human traits.

Their brains are only able to provide the body with the very basic motor functions. These include:

If the cause of the zombie outbreak is an infection of some kind, it may only take a small scratch or bite from one of these guys to pass on the contagion. This is not to say that the launch of the latest iPhone, a Star Trek Convention, a ComiCon, or a Justin Timberlake concert can not produce the same behavior temporarily.

Due to their lack of speed, they can easily be outran but their strength lies in their numbers and it is almost impossible to get away from a hoard of these zombies without the aid of massive firepower or a vehicle that won’t start until the very last second.

Despite the lack of cognitive ability in the Classic Zombie, they have a blood-lust for human flesh and this is their main driving force, along with getting an autograph from Ariana Grande. It may be the case that their insatiable desire to eat humans hones their senses to much higher levels than when they were alive as they may be able to smell living human flesh over long distances.

If they have a pain threshold, it is astonishingly high and they will continue to gravitate towards their living sustenance even if they are suffering from wounds that would immobilize a living human. Even with severed limbs, they will still attempt to locate, approach and eat the living, as well as get to the next map/mission in Call of Duty.

The single wound that they cannot recover from and which will ultimately kill them once and for all is severe brain trauma. Your greatest chance of stopping a zombie in its tracks is by concentrating your firepower at its head.

BUT, the worse is yet to come as you must also learn how to deal with so-called ‘special’ zombies. Special zombies have particular skills or abilities, which make them deadlier opponents. The root of these will be politicians, Hollywood elites, and the already brain-dead who fawn over them currently. Their knowledge of makeup, dress, style and gab may facilitate them penetrating your defenses. Be vigilant in your assessments of these undead. 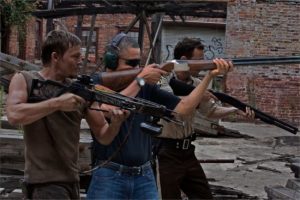 Taking on hordes of zombies is not a one-man or woman (or any of the other 53 genders) job – you will need to assemble a team of crack zombie killers, preferably not on crack. Once the panic and destruction of the initial zombie outbreak has died down, those that survive will be cut off from one another, maybe alone.

Safety in numbers may be the key here. Whether you like them or not is unimportant (and when you’re making group decisions, disputes will inevitably break out). Your most important task right now is to have people watching your back, as you watch theirs.

Your ability to locate and befriend other survivors will be paramount to your survival, so make no small task of working on your social skills pre-apocalypse. Develop the ability to text and sight-in simultaneously, to drive a vehicle, play a game on your smart phone, and find a Red Bull at the same time. Knowing how to cook a meal over a campfire while cleaning your weapons and stitching up a wounded comrade will be a life-skill that others will seek.

Your Body is a Temple 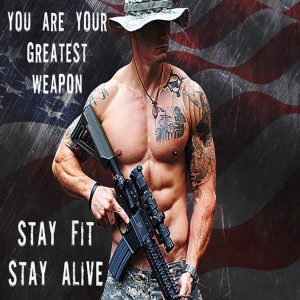 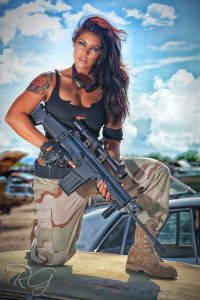 To survive in a post-apocalyptic zombie-ridden world takes training and hard work. Yes, you may be able to learn “on the job” without any prior preparation but your chances of preservation will be increased if you have trained your body and mind beforehand.

Not only should you keep your body in tip-top condition, but you will also need to learn a plethora of skills to ensure your longevity. Remember that natural selection favors those that are best equipped to survive in their environment. Darwin.

Tool Up! Choose your darlings… 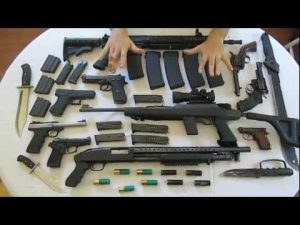 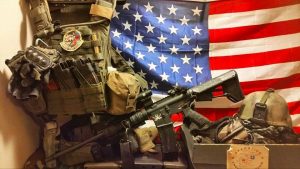 To be a successful zombie apocalypse survivor, you need to familiarize yourself with a wide variety of weapons. The rule of thumb at first should be “anything I can get my hands on”, followed by a better approach, time permitting.

As we stated above the only way to effectively kill a zombie is via brain trauma. This can take many forms including shooting, decapitation, bludgeoning, stabbing, burning, freezing and exploding. The important thing is to always aim for the head. While methods of forcing them to watch marathons of “The View”, “Good Morning America” or “Full Frontal” will eventually turn their brains to mush, as it has already done to your fellow citizens, it is not fast enough to save you from them, and their attention spans are shorter than the people on those shows.

That said the weapons below are a good “starter kit”: 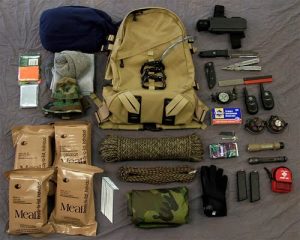 To stay alive after the zombie apocalypse in a world where the mod-cons of modern society no longer exist requires supplies and equipment that will be essential to preserving yourself and your team in the post-apocalyptic world.

There is no reason for you to not start building your zombie survival kit today. Although some of the items on the list below may be impractical to obtain pre-apocalypse, like a rifle if you live in Europe, or Canada, or Cuba, or Mexico, or, well, you get the picture.  On the other hand many of the items can be gathered quickly and inexpensively once the SHTF, like a rifle in France.

In addition, items that may seem difficult to acquire today will be easier to procure after society has broken down, when looting will become widespread, because, you know, everyone needs a 60″ flat screen for their bunker.

A typical zombie survival kit should consist of: 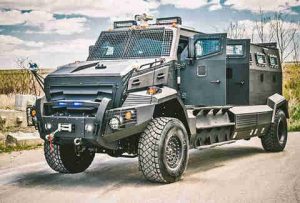 Medium to long distance travel following the zombie uprising will, at some point be a necessity so acquiring, controlling and maintaining vehicles will be fundamental to your survival.

There is a single criteria in play here – works, has keys, has gas. Move on! 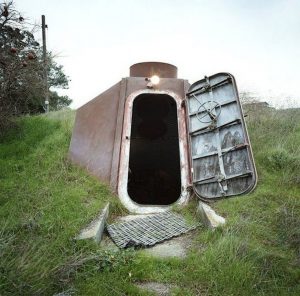 Let’s Hold Out Here For a Few Days

Following the zombie outbreak, you will want to secure a base of operations, where you can eat, sleep and plan your missions in relative safety.

If you are in your home when the dead begin to rise, this will be your most likely first base. However, as time goes by you will almost certainly decide to move your base to a more appropriate location that has better facilities for the long-term.

Typical bases as used in movies include:

Okay, all that is left now is to Have a Happy Halloween. Be safe. Let kids be kids even though it is a school night! And keep the sugar intake down….isn’t the day after Halloween called “assault your co-workers with the junk candy day?” It should be.