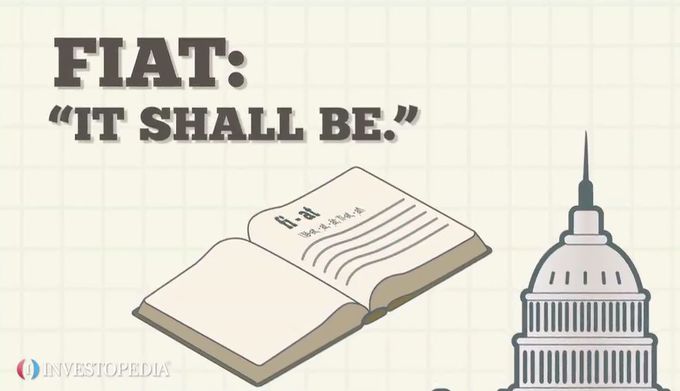 The purpose of this article is not to share some ultra secret get rich scheme, or to tell you how to invest your capital. It’s not even going to help you to be better with your money. The purpose of this article is to share the truth about the economic paradigm in which all industrial nations of our world keep their economies afloat, things we should be aware of for our planning.  If you have not read part 1 (https://theprepperjournal.com/2017/08/10/truth-bartering-part-1/) in this series I highly recommend you do it, it’s a great segue into all the topics that will be discussed herein. 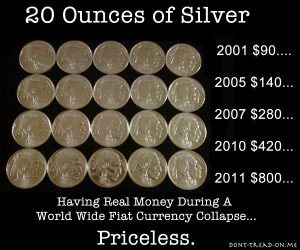 Why does money really matter in preparedness?

Overall money is a very taboo topic to talk about yet it has such a huge impact in our everyday lives. Whether you’re the President and real estate money Mongol Donald J. Trump or the penny-pinching college kid couch surfing on AIRBNB money (fiat currency paradigm) has huge and lasting effects on us all. Don’t believe me, why is the number one reason for divorce and suicide in this nation related to finances? Why is the average college student indebted over $60,000? Why is it that so many people require social welfare programs? How many people in this nation are really financial free (debt free)? The unfortunate truth is as a nation and as individuals we are severely addicted to credit! We spend money we don’t have to live the lifestyle we are told we must have in order to be accepted by an unsustainable, ignorant, self-loathing, wicked and mental ill society. Yes, I believe it’s about time we get serious and have an honest discussion about the fiat currency system in which we are forced to live. 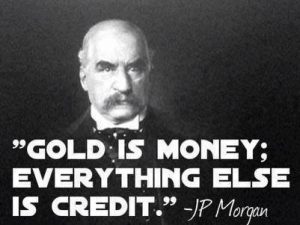 What is Fiat Currency and why is it important?

Nations, governments, localities, even tribes have, throughout history, implemented official mediums of exchange. Mediums of exchange are vital to a growing society and are highly sought after due to their economic dependency and accurate calculation in the pretense of value. This is largely due to the fact that using a medium of exchange (money) does not mean transactions will happen instantaneously. It means it is important that the “official currency” holds it’s worth; it’s dependability, which gives it “stored value” which is a necessity for any growing or already established economic system (macro or micro). So in order to establish a medium of exchange that is not only accepted by all parties but is clearly and definitely defined in respect to a unit of measure (stored value) it usually requires an authority of force to mandate such requirements. So when a government simply declares a medium of exchange that, of it self, has no intrinsic value as holding value to use as a medium of exchange, we call this fiat. A great example of this is if you were to look at the back of a US Federal Reserve note (which is not a government agency by the way) you will see the phrase “legal tender for all debts, public and private.” Simply put this means if someone is selling something and you “tender” (offer the official government implemented “medium of exchange” aka money) you have legally paid, regardless if the seller accepts the currency. This is in effect how worthless pieces of colored paper can become a “stored value” by which billions of people worldwide dedicate their lives in order to attain as much of it as possible at all costs. Given such, the nature of mankind’s struggle and its willingness to exploit, intimidate, destroy and even murder in order to obtain a greater “stored value” really speaks to the testament of man’s heart. 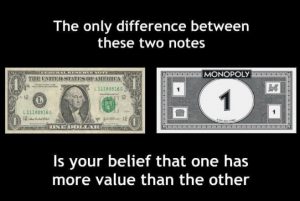 Why is money good?

Fiat Currency is actually very convenient and without equivocation has been essential in the quick and rapid progression of our societies. The simple truth is money can do things that barter and commodities simply can’t due. It is really hard to imagine a society in which there is no medium of exchange because the truth is without it I (the average middle class American man) wouldn’t even have access to a computer if such thing even existed. So here is just a couple of ways money is “good”:

It’s important to know this is not an exhaustive list but it does show how important a medium of exchange is not only to our economic system, but also to the everyday person. The ability of one to engage in commerce with another without the use of complicated multifaceted programs or even computerized bartering systems is huge. Being able to have stored value physically or digitally or any combination of the two is unprecedented. Given the negative connotations (rightfully so) that is associated with the fiat currency system it should be noted with all it’s flaws it does allow billions of people worldwide to live the progressive existences they do. 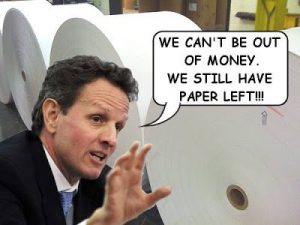 Why is money bad? This really goes without saying but for context sake I will quickly deliver here. Money in and of its self is not bad, as with any tool or medium used by humans it’s the intent and how it’s used that determines the morality of the outcome. However in the fiat currency system we can see and conceptualize the bigger problem.  This being that market forces have the ability to not only weaken the power of the dollar but also systematically destroy it overnight. The fact that bad deals on Wall Street (ex. 2008 Stock market crash) can degrade the power of the dollar while simultaneously voiding a “30 year in the making” 401k-retirement plan of a steel worker in Ohio isn’t just troubling but the textbook definition of a nightmare. Some quick facts: the 2008 stock market crash destroyed $16.4 trillion of American households’ net worth from 2007 through 2009, it wiped out more than $2 trillion of Americans’ retirement savings.

“Gold has intrinsic value. The problem with the dollar is it has no intrinsic value. And if the Federal Reserve is going to spend trillions of them to buy up all these bad mortgages and all other kinds of bad debt, the dollar is going to lose all of its value. Gold will store its value, and you’ll always be able to buy more food with your gold.”-  Peter Schiff (American investment broker, investor, author, financial commentator, and radio personality. CEO of Euro Pacific Capital Inc.). 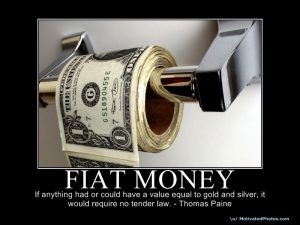 There are no bright outcomes that come from runaway fiat currency paradigms. The middle class is and has always been affected the most by economic flares. In order to be prepared one must be understanding of the variables in economics and how they affect the stored value one currently possesses. While its great to have a system by which one can have stored value that is universally accepted and easy to take anywhere. And a system by which an unlimited number of transactions can occur bilaterally and consecutively. It is important to realize that while this is how we as a society have been able to live our lives and even acquire perceived financial wealth, it is an extremely unsustainable economic design. Based upon science, mathematics, and well documented history, fiat currencies always fail. No matter what perspective you take on economics I believe this is a very unfaltering universal truth we can all agree upon. Money is nonaligned and dispassionate. Money amplifies ones moral compass, it doesn’t create it. If you live un-sustainabley now with little wealth, you would as well if you were a million dollars richer.  At some point we must come to realization that unsustainable means just that “UNSUSTAINABLE”!  So given that truth what will you do with your fiat currency today?

Mike Harris is a full time RV’r who has spent the last couple years traveling all over the world. He served on Active duty for over 9 years as a Search and Rescue Corpsman (Flight Medic) and an Aerospace Medical Technician in The United States Navy.  He has operated all over the world including the Middle East with the 2515th NAAD. He has trained both local and federal agencies as well as foreign governments. He played a direct role doing SAR during hurricane Sandy. When not working or prepping you can find him traveling the country in his RV, hiking off the beaten path or enjoying much needed catch-up time with friends and family. You can catch his adventures on his YouTube channel (https://www.youtube.com/channel/UCoYB6ppUgCAA_47SlIrqOIg).

Mike,
Good article and a good follow up to your Part 1. The question I have, but that was not addressed in Part 1 or 2, is how you establish value when there is no fiat currency – in other words, when there has been a collapse of currency and the government that backs it up? In the world of barter, how do you establish a reliable medium of exchange?

Good Evening Ben, I’m super glad you asked that question! I will be doing a part 3 series on commodities and I believe that will start to really answer some of those questions in regards to establishing mediums of exchanged that are hardwired for success so to speak. But in order to not leave you hanging I will give you a few things to think about. 1) When we think about barter we seem to instantly go to the things we have on hand (ex. jewelry, alcohol, lighters, precious metals, bullets, food items etc.) While this isn’t necessarily a bad… Read more »