“When the English Fall”, by David Williams 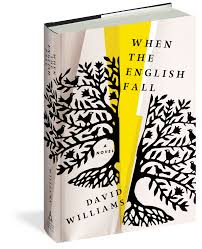 Editors Note: A guest submission from BigBoyWriter, a timely review of a book that had peaked my interest after an extended stay on the Navajo Reservation in Northeastern Arizona – are these somewhat cloistered enclaves better prepared to handle a SHTF event? In this review the guest raises his own questions from his read. As always, if you have information for Preppers that you would like to share and possibly receive a $25 cash award, as well as being entered into the Prepper Writing Contest AND have a chance to win one of three Amazon Gift Cards  with the top prize being a $300 card to purchase your own prepping supplies, then enter today!

This is less of a how to or being a prepper article and more of a thought exercise and book report. In 2017, the book titled, “When the English Fall”, by David Williams was published. It is a fictional account of a Pennsylvania Amish family written in a diary format as told by an Amish man. The book received an Amazon Best Book of July 2017 award and is a compelling read for post-apocalyptic literature. 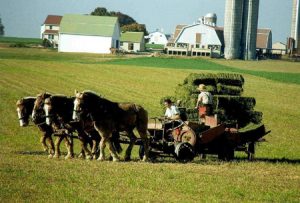 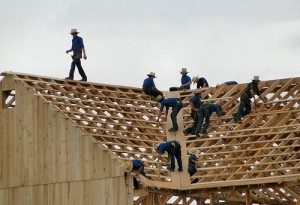 The book is dystopian in nature and does emphasize the violent natures that some men and women will exercise in such a time of crisis. There is also a faith aspect to the book. The author is a pastor and so naturally the book does discuss some aspects of the Amish faith, although it does a good job of making the struggles seem lifelike and understandable, given the chaos involved. 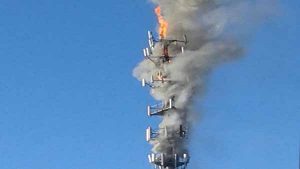 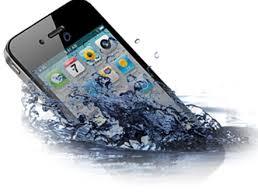 It is a good read for preppers as it will likely give you a different perspective on disaster situations. I do not want to give away any spoilers so I will talk in generalities but some of the issues that struck me as having never really been considered by some preppers are as follows:

Most preppers already have a plan in place for your own community, whether that community be your own family, a select group of people, or perhaps it’s just people you know you will be able to rely on in an emergency, such as neighbors. Also, most preppers have at least a basic idea of how their defenses will be implemented and how they will treat intruders or interlopers. But I rarely hear preppers talk about how they will interact with other communities. Of course, there is the discussion of whether an AR or an AK will better defend against a roving band of marauders but what about how your community will interact with the next community over. The first part is whether your community will seek to interact with the others or will you stay hidden and alone. 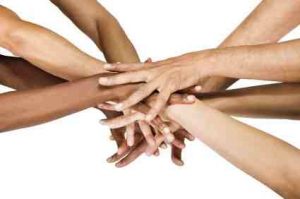 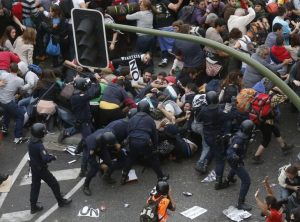 Assuming the old adage, strength in numbers would apply, it would seem best to gather like-minded and prepared people before a crisis occurs. As experienced preppers, I assume you have already done so or are doing so currently. But what happens when the crisis comes and there are now pockets of people in the aftermath. Will you reach out to them to grow your numbers or will you seek to remain isolated?

It makes sense that you would at least establish basic communications with surrounding communities at least for trade and information but would you reach out for assistance and aid from others outside your own community? There is a certain vulnerability to letting others know your own weaknesses and limitations as they can be used against you. Yet if you were able to gather more forces, make better connections and fortify your weaknesses you could grow to be much stronger.

The second aspect of community interactions is whether you will let other communities depend on you. Will you be willing to share resources, talents, knowledge and equipment? If the neighboring community needs a doctor will you let your medical specialist leave and leave you a valuable person down if something does happen?

Naturally we all want to believe the best that if asked another community would be willing to come to our aid just as we would be willing to come to theirs. In When the English Fall, as one can guess the Amish have a great advantage over their surrounding areas since their way of life is not dependent on technology. They already live in such a way as to be able to survive without having to completely reorganize their lives to replace technological crutches. However, this leads to a conflict in just how much aid should be given.

Likewise, with most prepper communities you may be far better off than those communities around you. You should consider how much aid you will want to offer. However, at the same time by offering to assist, teach, and equip other communities you are taking on additional burdens. The optimist thinking is that by bettering the communities around you they will help you in times of need as well. The pessimist in me thinks that my resources, time and energy will be drained by assisting others and as a result my own community will suffer. That it would be better to stay in the shadows and not take the risk.

I think most people, when put into a situation where you are asked by someone else to help them survive, will have a hard time rejecting those people when your needs are being satisfied. It is something to consider so that when the time comes you already have a plan in place and know what are your limitations.

It has always struck me as odd that preppers seem so sure of themselves that they will be able to face the physical aspects of survival but not much is mentioned as to the mental aspects. As the great Yogi Berra once said “Baseball is 90 percent mental. The other half is physical”. Most of us know the mental side of any challenge is the hardest but when I talk with preppers they seem to think any issue they come up against will easily be handled with their Glock, 1911 or that nifty little tool they picked up last week. In any crisis, there are going to be mentally challenging aspects that should be considered beforehand. Put aside PTSD or other traumatic mental stress and I want you to consider more ethical or faith based mental issues.

For a simple example consider you are against lying and a man approaches you and asks where he may find the nearest body of clean water. Now on any given day most people would tell him to go jump in the nearby lake, but in a crisis, will you be willing to share your knowledge of the nearest clean water source with a stranger? Will you be willing to lie to ensure you continue to have fresh water to drink or take the risk and tell the stranger? Of course, this is a simple example but there will be others that do come up in a crisis situation that would likely not come up in a normal day.

Even putting aside, the issue of violence, there will likely be issues involving how you act that may hurt people. Do you give away your resources to help others or do you not and know that they may not survive? Are you willing to relax your moral compass to survive or are you going to stay rooted in your faith or beliefs and not compromise them even if it means you will get hurt?

When I first heard about When the English Fall, my first thought was why have I not thought to improve my own knowledge and skills by reaching out to the similar local community. I know a number of the people but have never thought to seek them out before a crisis occurs to make those in-roads and get to know people. Perhaps some of you have already done so and are making in-roads but it really opened my eyes to start looking at other local communities in my area that have ideas or ways of doing things that are not technologically dependent. A lot of skills can be learned just be watching and doing an activity with an expert.

I do not think you have to go so far as to seek out your nearest Amish community, but perhaps you have a non-prepper friend that has a skill or talent that may be useful such as making good jerky, making beer, sewing, knitting, and of course many other ideas, that you could utilize in your own preparations.

In closing whether or not you decide to read When the English Fall, it may be beneficially to consider the above. Looking at disasters or crisis from outside my own ideas of what will happen, and how, has made me see some of the short falls and gaps in my own preparedness plan. Hopefully I can seal those up so I will be better prepared and, hopefully, you will as well to be prepared for what may come.