Editors Note:  A guest entry from Z to The Prepper Journal. A lesson learned should NOT be an oxymoron. As always, if you have information for Preppers that you would like to share and possibly receive a $25 cash award like Z. And, as always Z will be entered into the Prepper Writing Contest AND have a chance to win one of three Amazon Gift Cards  with the top prize being a $300 card to purchase your own prepping supplies, enter today.

What is the history of government-mandated rationing within the U.S.?

Since WWI, here is how things have played out:

Though rationing was not mandated by the government in this war, the government did strongly encourage American citizens to self-regulate their consumption of certain goods. Slogans such as “Food Will Win the War” dominated war posters which were plastered in highly traveled areas.

“Meatless Tuesdays” and “Wheatless Wednesdays” and similar ration-themed days were advocated nationally, with an end result that food consumption within the US was decreased 15% from 1918-1919. (Ref: 1)

It wasn’t until after the Japanese bombed Pearl Harbor that the U.S. truly instituted severe rationing. The reasoning for this was that American soil had been attacked, we faced war on two fronts, and the threat of further attacks on American soil was highly likely.

Rationing had to be instituted in order to insure that American troops had the supplies that they needed. Though an annoyance, people generally didn’t have a problem with rationing during this war as they understood the importance of what rationing was accomplishing. There were no moral qualms among the nation in regards to WW2, and many had family overseas who were fighting for our freedom. As a result, rationing was a much more bearable burden.

Here is what was rationed in WW2:

There was a shortage of rubber due to the Japanese invading the parts of Southeast Asia where rubber was produced.

The metal and other raw materials which would normally be used to produce such goods instead were needed for the production of tanks, aircraft, and other weapons. 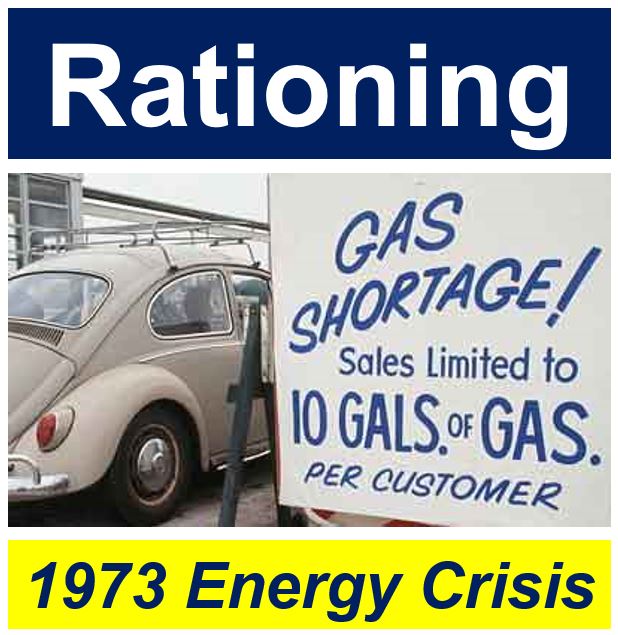 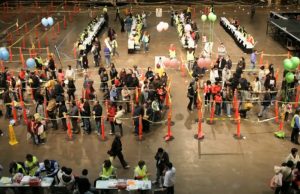 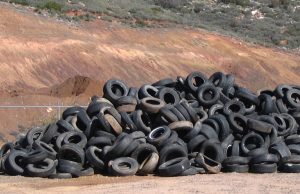 For obvious reasons, gasoline was rationed in the form of gasoline cards. Government perceived need determined how much one would get per month. In addition to gasoline rationing, a national speed limit of 35mph was enacted (in order to save gas and rubber), and all sightseeing driving was banned.

Firewood and coal were rationed as well, making heating a home during the winter a much more difficult proposition.

Coffee was rationed as well due to German U-boats sinking Brazilian shipping vessels.

Scarce medicines, most notably penicillin, were also rationed. Though this resulted in troops getting the medical supplies that they needed, it also resulted in civilian doctors being forced to choose between which patient would receive the life-saving medication that they needed and which one would die. 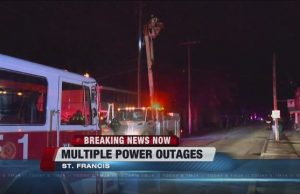 No government-mandated rationing has occurred within the United States since World War 2.

What Lessons Can We Learn From This?

The first thing I believe that we can learn from the history of rationing within the United States is that it’s not something that happens often. It’s happened once.

The only likely way that government-induced rationing could occur would be if the US faced an attack on its soil that would require the majority of its resources to fight off a potential invasion. The last time that happened was World War 2. That leads me to my second point:

2)        Rationing Depends on the Scope of Current Destruction

Obviously an event that wipes out the entire West Coast infrastructure is going to require some rationing on the Eastern Seaboard. Why? Because everything that previously was able to be produced and transported from the West would then be destroyed or radioactive.

Though the threat from Russia and China during the Korean and Vietnam War were both very real, the threats were more or less contained to a different side of the world than ours. Yes, there were instances such as the Cuban Missile Crisis, but as a whole the threat remained a threat. It didn’t finalize.

Had those missiles or bombers hit the States, then I do think that rationing would have happened again as the entire country would have been mobilized.

3)        What is Rationed Often Depends on What is Destroyed

During WW2, it was the destruction of merchant vessels from other lands, and capture of strategic factories/material producing regions by the enemy which resulted in certain goods being rationed. The Japanese didn’t bomb our dairy farms though, so why on earth would butter be rationed?

For food items in particular, the main reason that they were rationed was because soldiers needed all the food they could get. If you give somebody 60+ lbs of gear to haul 20 miles a day through extremely difficult terrain in terrible weather all the while having their stress levels constantly elevated due to having to fight for their lives, they are going to need all of the calories that they can get.

As a result, foodstuffs would be rationed too. (It kind of makes producing your own food and homesteading sound good, huh?)

It would be foolish to assume that the ability to waltz on down to the supermarket any day of the week to purchase whatever you need/desire with a little square of plastic is something that will always be available. You would think power outages alone would be enough to convince people of this, but alas, that’s not always the case.

Anyone who has some cash, food, water, and other goods laid up already understands that.

The defining moment for me was when my wife and I were on vacation and the kettle corn vendor had a broken credit card reader. I had no cash, and as a result my wife had no ketlle corn. I learned my lesson real fast. Carry cash.

That same preparedness mindset has helped me to avoid other miseries at other times.  After all, if just a single credit card reader malfunction could deny you access, couldn’t the power going out for any length of time cause even greater problems? What about the loss of a job?

Though government induced rationing may not happen in the future, I would argue that the weapons which are available to the world today are much more devastating than anything that has been available throughout history.

Nukes, EMPs, and bioweapons can completely change the economics of a country within a matter of minutes. Yes, an EMP was technically available by the end of the second World War, but we (the good guys) were the only ones who had that technology at the time. That’s not the case anymore.

Now we have rogue nations such as North Korea and Iran (who have vowed to destroy us) possessing EMP, nuke, and bioweapon technology. In a matter of minutes, either of those weapons could make a portion of, or all of a country’s ability to mass produce, transport, and sell necessary goods on a national scale virtually impossible.

Anything can happen, but in all probability I don’t think government-mandated rationing will happen anytime soon. However, if you are already prepared for a disaster of any appreciable length (and you have kept your preparations secret) you will be much better able to ride anything out provided that I am wrong.

Most folks are oblivious to this stuff, simply say it could never happen here,,,,

While it is unlikely the US would ration even in the event of an attack on US soil, the market could institute “self-rationing”, through the mechanism of scarcity and higher prices.

For example, if due to attacks on cargo ships, coffee is only available sporatically, and is $50/lb, you bet I am going to limit myself to one cup a day, so I can afford to have any coffee at all.

Having a deep larder could certainly make having some products more reliable and affordable, as well as providing a source of barter material.

The only reason we had rationing during WW II was because it was a wetdream from the socialist and commie sympathizer Franklin Delano Roosevelt. He would have loved to Sovietize the United States.

This is really interesting. It’s crazy to think of the government enforcing rationing.

I’m puzzled about how govt could enforce a rationing of firewood. In rural areas, people just walked to the woods on their property, cut down a tree or 2 & then cut them into smaller pieces that would fit into the wood stove or fireplace. I guess that observing the rationing of firewood was voluntary. & maybe people were more likely to observe it b/c most people were more patriotic back then.

I think your last point is the key. People were, though gladly it is on the rise again.