Editors Note: This article was submitted by Tom D. to Pat awhile ago. I am publishing it, with some “military language” edits, since it provides some insights into the reality of military life and some good points for us all to consider. Tom D. – we all thank you for your service.

First things first, I am an active duty soldier in the U.S. Army. I have been in for about ten years and have multiple combat deployments under my belt. I would not call myself an avid prepper (right now), but there is one thing that is always on my mind. SECURITY. Don’t get me wrong, I want to be able to prep as much as possible, but we have unique situation while serving.

Being in the Military really does have its pro’s and con’s when it comes to prepping. The biggest con to me is the fact that we are always moving. I lived in Western Texas for a few years. There, I started adding to my “stash” for desert survival. Both of our kids had walk in closets, and they were too small to walk so my wife and I turned those closets into strongholds for food and water (along with other supplies). We bought a house at the outskirts of the city with a mindset that if TSHTF we could get out fast. Our house was also as far away from Juarez, Mexico as possible while still being in the El Paso city limits. I had a dirt bike and ATV for quick getaways, and knew the lay of the land and how to utilize the wadis (valley, ravine or channel) to my advantage. We had all the fire power we needed, but not too much where we were wasting money on guns. Long story short is, we were moderately prepared. That is, until I got orders to move the family to the Seattle/Tacoma area in Washington state. 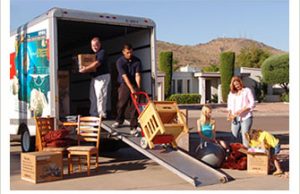 After feeling like we would be as good as we could get for TEOTWAWKI (The End of the World as We Know It) in Texas, I showed up here. Washington is an entirely different beast. It rains over half of the year and I am now in a Major Metro Area. I went from my primary concern being an Economic Collapse or Major Terror Attack to now worrying about Mount Rainier deciding to blow. Here in Tacoma we have one major escape route. That is Interstate-5. The issue is that I-5 is a road block now without any sort of emergency. Once TSHTF it will be impossible to go north or south in a vehicle. The ocean to the West and mountains and then high dessert to the east. These are all issues that I need to create new COA’s (course of action) and alternate COA’s to be prepared.

Now that you have seen some of the pain with moving, I will bring up my next Con with being an Active Duty Prepper. DEPLOYMENTS! Many people have a commute of an hour or so on the Civilian side of the house. With us it can be much different. If I am in Afghanistan again when TEOTWAWKI happens, things will be much different. I am a combat arms soldier and have had to fire a weapon at other people before, so that is not the most mind-bending thing for me. The hard thing to consider is my wife and children possibly having to do the things I have done or seen in a combat zone without me. You can train all you want, but will never know how you will react in certain situations until they are staring you in the face. 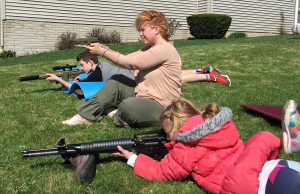 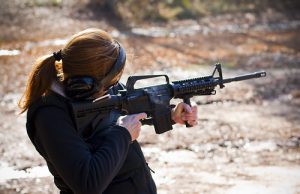 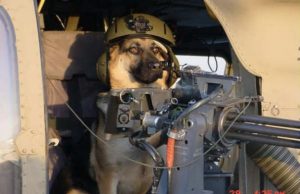 No matter where we live, my wife will have weapons at her disposal. She knows how to shoot, and she has supplies. In a world-wide catastrophe, we have to accept that we may never see each other again if I am on the other side of the world. Luckily, we are already prepared for that before any deployment to begin with.

If the power is still on, whether deployed or not I promise each and every one of you reading this that myself and every Soldier I know would go to our families and friends first.

I read an article written by Pat about two years ago that seemed to question what the Military would be willing to do to its own people. My friends and family have asked me similar questions before as well. I am going to explain this to the best of my ability. First off, a lot of people think that every Soldier or Marine is a robot that takes orders and blows stuff up. That couldn’t be farther from the truth. Less than 10 percent of the entire Armed Forces is Combat Arms. Everyone else is Support. So, the thought of every able-bodied Soldier coming to private residences to kick down doors and take you to FEMA Camps is out of the question. 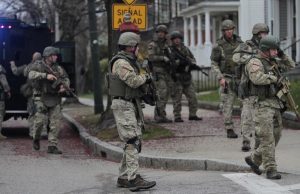 The topic of Prepping is a conversation that I think I have had on every field problem I have ever been on in the Army. Most of the soldiers I know do not have caches of goods prepared for when TSHTF. Nearly all of them do have a plan for when it does happen. Most soldiers are prepared to fight whoever and whatever is out there if they have to. If you are in the Military, it is easy to get your Subordinates to form a team for such scenarios. It is also great for Unit cohesion. In Texas, my house was the Rally Point for my team. We had weapons and defense measures prepared and available to last a hot minute. The best part of our plan was that every member of “my Team” was trained and proficient in soldier skills. Every one of them had been through medical training, knows land navigation and had access to vehicles with GPS capabilities that would track every vehicle we had if necessary. We had been through hard times together and know how to handle each other when it got tough.

Sure, we were not the most organized group with lots of land for farming and honestly were not prepared for a kind transition. We were a group of grunts ready to fight our way through what we had to in order to survive. I have learned that Security is always #1 while serving. It is that way in combat, and it is that way when I go to bed at night. So why would it ever be anything different for TEOTWAWKI. 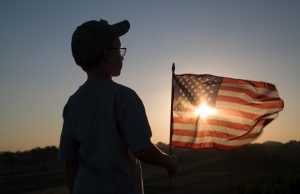 The one thing that has always been the general consensus was that if anybody gave us orders to turn on our own people, we would all refuse. Most people that join the Military do it out of pride for their Nation and families. There might be ones and two who want to follow along with some plan to implement Martial Law, but I will gladly say that the clear majority of us would be getting home to our families at the same time and be ready to fight the “bad guys.” 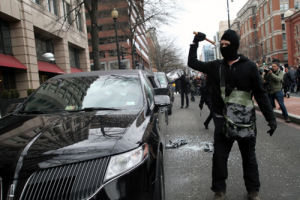 What would you do if you saw this guy approaching your wife?

Excellent!! Thank you for your service.

>>”First off, a lot of people think that every Soldier or Marine is a robot that takes orders and blows stuff up. That couldn’t be farther from the truth. Less than 10 percent of the entire Armed Forces is Combat Arms. Everyone else is Support. So, the thought of every able-bodied Soldier coming to private residences to kick down doors and take you to FEMA Camps is out of the question.” >>”If the power is still on, whether deployed or not I promise each and every one of you reading this that myself and every Soldier I know would go… Read more »

Thanks for service. I just wanted to touch on the FEMA aspect you mentioned… My military career was brief but I have also spent the last 18 years in law enforcement. I see things pretty much as this man does. My wife shoots, she preps with me…we’ve discussed things many times over. Having our daughter I think was the catalyst for her seeing my perspective and jumping in regarding prepping. I do not fear or worry about “will I be able to take care of and protect my wife and daughter”… But what I do see coming, and hopefully not… Read more »