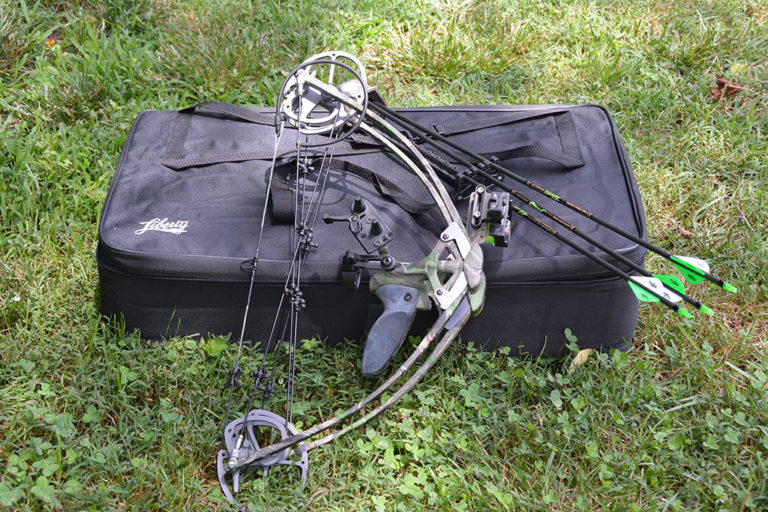 When it comes to being prepared for disasters great or small, readers of this blog know I like to have different options. That isn’t to say that I roll out of my house with 3 different kinds of each piece of gear on me and 5 others in the pack in the trunk, but I do have more than one way to skin a cat so to speak. For food, I have different types of food stored and methods of producing my own food. For water, I have stored water plus many different filtration options and methods to obtain more. When it comes to security, I have plenty of options there as well.

Most of the articles I have written on the Prepper Journal look at security from the perspective of defense as in when you have bad things happening, bad people usually try to take advantage of the situation. My recommendation for most scenarios like this is to have firearms to defend yourself. They also have the added advantage of being able to be used to acquire food if you are lucky enough, but they aren’t without their disadvantages too.

Weapons need ammo, they need regular maintenance and cleaning and they aren’t quiet. Yes, you can mitigate these points to varying degrees by stockpiling supplies but even if you have a warehouse full of weapons and supplies that doesn’t guaranty this approach will work for you. Another huge issue is that for a lot of people, owning a firearm just isn’t realistic or possible due to where they live or personal issues. What is the option for security in that type of situation?

You can always go caveman and build your own homemade weapon in a pinch or you could embrace your inner Katniss Everdeen and look toward archery. I haven’t shot a bow since I was a little kid but when Howard Winther of Liberty Archery reached out to me to try out his Liberty I bow I was very intrigued.

I have long admired the skill archers have of taking down large game with accuracy and stealth, but I never had the time to take up the hobby. I sure would have appreciated getting out to the woods during deer season much sooner, but I was content to wait for black powder or rifle season. Bows are very common in hunting circles, but would they also make a good prepper option for a survival weapon?

The Liberty I Bow is unique in a few ways that make it worth a second look.

Joerg from the Slingshot channel gave this bow a nice review below with some velocity measuring equipment I don’t have.

How does the Liberty I apply to Preppers?

“My intent was to create a very small, lightweight hunting package,” says Howard Winther, the bow’s designer and manufacturer. “I wanted a bow that I could hook onto my backpack and not even feel it as I hiked along. I was looking for a bow that would fit into the corner of my car truck and carry anywhere.”

There are likely some of you out there saying, of course! Who wouldn’t think of a bow as a survival weapon, I mean people for eons have been using them. I do get that, but I wonder if they aren’t second down on the list behind a firearm in the eyes of most preppers. Getting back to my first point about having options – a bow can be a tremendous prepper weapon in a few different ways:

Stealth – There isn’t a market for archery silencers is there? Well, technically there are string silencers but even the noisiest bow isn’t going to be heard more than 25 feet away. Say you decide that you are bugging out to the woods if disaster strikes. I maintain that you won’t be alone and this fact will mean that hunting for the food you need to protect your family is going to be more difficult. Wouldn’t you rather take down a deer with a quiet bow as opposed to any rifle you have?

Concealabilty – This one might be a stretch but with the Liberty 1’s compact size you will have more options with where to conceal this weapon should you need to keep it away from anyone’s attention. It’s so light you can throw it up in a drop ceiling tile and diminutive enough to hide behind your back if you don’t have the quiver attached. Additionally, it’s smaller size will make it easier to shoot from the ground. You can easily shoot this while sitting down because the bow’s short overall height won’t get in the way.

People seem to think you can pick up any weapon and become proficient in its accurate use in minutes. I know I have a lot of practice yet before I will head out into the woods and try to bring home dinner but the bow feels great in my hands. The pull is steady but when you reach the end, the pressure releases almost completely and maintaining a steady hold is simple and effortless.

I tried to save a buck by not getting a proper target but quickly learned that a bag of chicken bedding does not stop an arrow traveling over 300 feet per second. Lesson learned and I still need much more practice, practice, practice.

When I received my Liberty I, Howard insisted we talk on the phone so he could go over a few things with me and answer any questions I had. He was incredibly patient and helpful and I understand he does this for each customer he has. If you are looking for options, I suggest looking at the Liberty I from Liberty Archery.

I prefer the Mathews Genesis Pro compound bow as my family and groups universal standard bow because (A) its simple and reliable (B) its affordable (C) and Millions of them are found across the US and UK in schools, clubs etc which is great for sourcing spares after TSHTF

When was the last time you sourced a complete bow hunting setup? Most I’ve seen outside of ‘beginner’ bows are stupid expensive. I suppose its all relative.

If you’re a bowhunter, when was the last time you sourced a full setup? The majority of bows I’ve seen, including those labeled “beginning,” are ridiculously overpriced