Prepping Priorities – What Should You Be Prepping For? 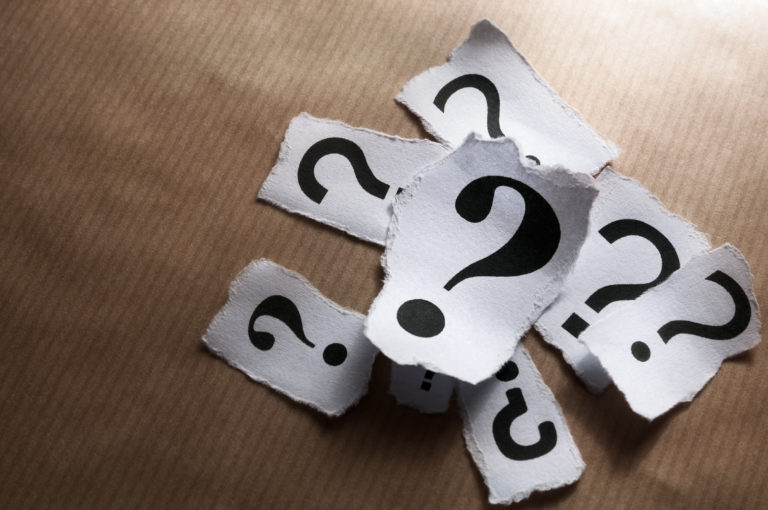 If you have information for Preppers that you would like to share and possibly win a $300 Amazon Gift Card to purchase your own prepping supplies, enter the Prepper Writing Contest today.

When we jump on preparedness sites, sometimes we’re immediately struck by the enormous loads of things to buy, do, and learn. We immediately start hearing about WROL, battle rifles, ammo counts in the thousands, pressure canners, INCH/BOB bags and locations, pace count, and primitive skills. World- and nation-altering events such as nuclear war, internet-ending viruses, Nibiru, Agenda 21 and NWO, and the like pop up. They all have their places, but sometimes things get missed and it can make for a very overwhelming introduction. It can make it hard to prioritize where to spend our time and financial budgets even for those with experience and years of exposure to the prepared mindset.

To make it a little easier to prioritize, we can work in stages. We can look at what is most likely to occur in the near future and our lifetimes, and use that information to help us decide where to focus our time, efforts and resources. 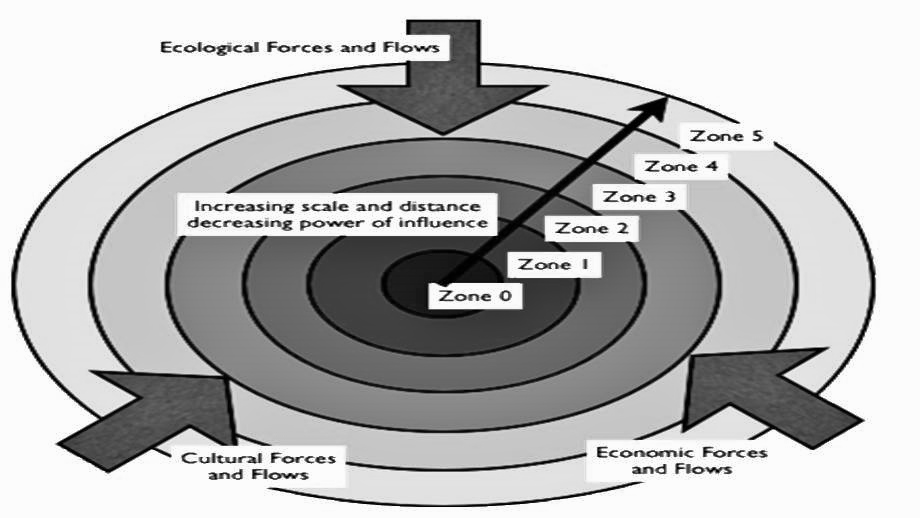 In permaculture, planning is based on zones. The basic premise is that you start at 0 or 1 with the self or home, and move outward through 2-4 and eventually into Zone 5. The inner rings have the most immediate contact with the resident, while the outer rings are visited less frequently. Other systems also use similar ring concepts of involvement, frequency and impact.

Like permaculture, I’ve gone with five general categories. In this case, they are: Daily, Seasonal/Annual, 5-10 Year, Generational, & Lifetime/Eventually/Maybe. There are some examples for the average Western World resident. Later in the article there’s a few tips for planning for and around those most and least-prevalent scenarios.

Daily emergencies are those that strike somebody somewhere every single day in our English-reading modern life. While some affect larger groups, these tend to be personal or family related items. They’re the kinds of things the neighbors might not even notice. Some examples are:

When considering the financial aspects of preparedness, also consider the things that might not affect jobs, but do affect our income and-or our ability to offset daily costs. For instance, an injury that prevents gardening and picking up overtime or a second job as a stocker, pipe-fitter, or forklift driver, or a developing disability that renders an arm/hand weak or unusable and prevents needlepoint, canine grooming, or weaving.

These are the things we can consult our Almanacs and insurance companies to consider. They regularly tend to affect a larger number of people. It might be a block or a street in some cases, parts of a town or county, or might impact a whole state if not a region. They’d be things like…

Let’s hope that last stays firmly in the “annual” category or shifts back to the third prevalence ring for most of us. Let’s also acknowledge that in some places and nations, it’s already more common to be caught in crossfire of some sort than it is to live peaceful lives, and for some of them, it’s as or almost as common as paying monthly bills or going out to eat.

These are the things that happen regularly, but infrequently. Some occur on cycles. Some, as with the natural disasters above, are a nearly predictable cycle. Some aren’t really predictable, per se, but as with tornadoes in one of the nations’ tornado alley or hurricane-prone areas, you learn to expect them. We can expect them to affect a larger area or more people in many cases. 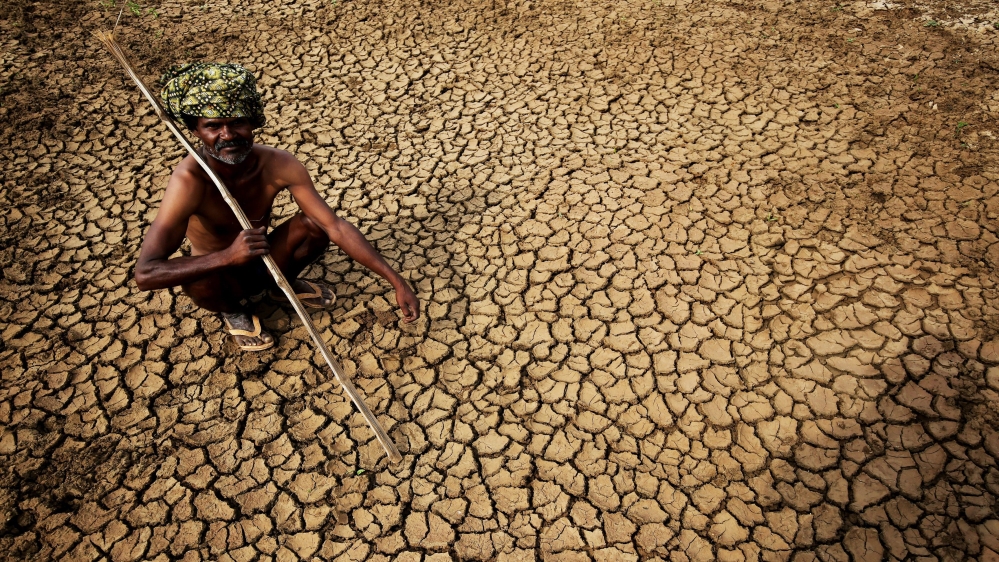 The span covered by the term “generation” tends to change if you use the strictest definitions. Most account for a generation to cover about 20-30 years. Some examples of things that very much tend to be generational include: 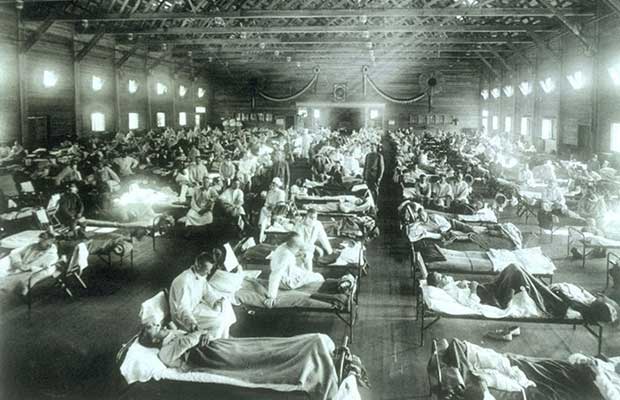 A lot of these are going to affect not just a region, not just one nation, but many. In some nations and regions, they may fall under the fourth ring of prevalence instead of the fifth. Some of these are also the big-fear “gotcha’s” or clickbait types that seem to draw folks in. Some are truly believed in, and I try not to judge people on what they believe. Poles have shifted in the past, Yellowstone has erupted, we’ve had serious solar effects on power, and asteroids have struck our earth. Will they happen again in our lifetime or eventually? Some almost certainly. Some are a firm “maybe”. Some are … possible.

Like permacuture’s zoning, the business world can also give us some scale systems to apply. High-probability, high-reward, urgent-response items are given priority, while lower-chance and less-likely risks are tended to later. We can create the same for our preparedness.

Like using prevalence, using time spans creates a measurable scale that works off a “most likely” basis. Most of us, at some point inside 1-5 years, will have some sort of financial upheaval or power outage that makes the supplies in the first few rings useful.

Ensuring we have everything we need to cook, clean, stay warm (or cool), and pay bills for those periods will keep us more balanced in our preparedness, and make us better prepared for the things that are MOST likely to occur in our near future and our lifetimes. 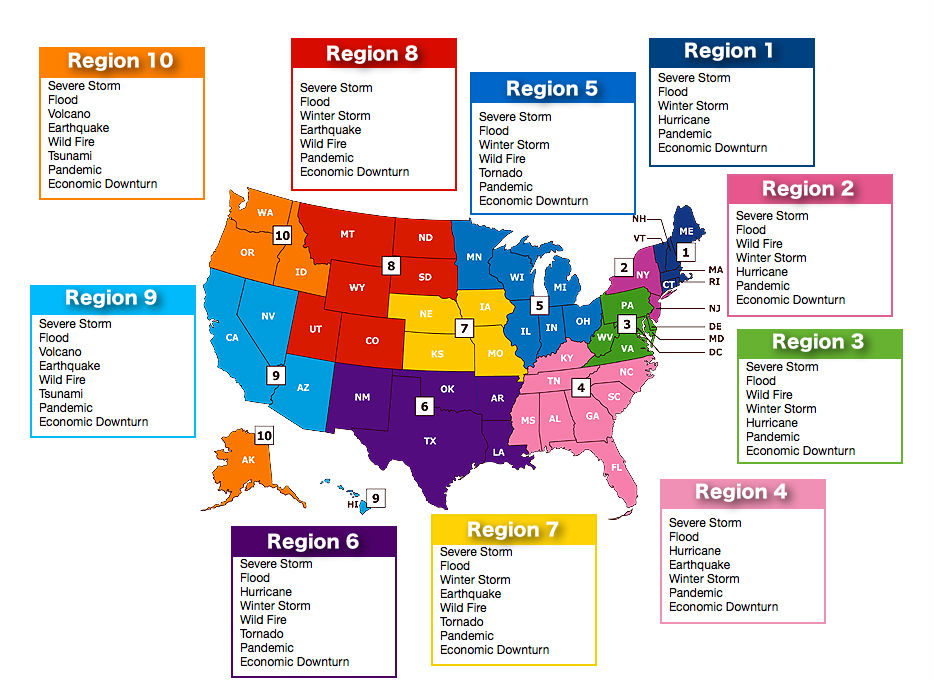 It’s inarguable that if you’re ready for the New World Order to freeze the planet and then send out FLIR drones to drop nuclear bombs in the midst of a planned or unplanned foreign-nation bank account hack while satellites are inaccessible due to solar storms’ interference, you’re pretty much good.

That’s not a particularly practical place to start and it might not be the best plan for resource allocation unless everything else really is covered.

There are a world’s worth of things that occur on a small-scale, inside homes and towns, that happen a lot more frequently than the dinosaurs and mega-mammals die out.

I see an awful lot of people hyped on one thing that can go wrong and might one day go wrong, but they exclude all kinds of things that do actually happen.

They forget that we sometimes have disasters that mean daily life is taking place all around us, or in the rest of the county, state, nation and world. They neglect fire extinguishers and smoke detectors for the sexy-cool aspects of preparedness like the rifles and Rambo knives.

Fact is, most of us will experience something from the first tier or two in our lives at least once, and for some of us, they’re regular parts of life.

In many cases of upheaval and crisis, we’re still going to want electricity, most likely.

In some cases, the duration of our life-altering events might only be a few hours or days. However, in many parts of the world, those hours or days can be seriously inconvenient if not downright deadly. The ability to keep a CPAP machine running, repair a down or wrecked vehicle, and continue on with life after a squirrel invasion or a tree comes down is just as important as defending the home from looters and making beeswax candles.

Being able to repel the zombie horde does me little good if my vehicle is in poor repair on a daily basis and leaves me stranded on my way to work. 5K-10K rounds of ammo times my 7 platforms sounds nice, unless I don’t keep oil, coolant, jumper cables and fix-a-flat or a mini air compressor in my vehicle so I can limp my way home to them safely – on a daily basis.

Prioritizing instead of jumping willy-nilly – and tracking instead of continuing to add to whatever my favorite prep stash is – can help prevent daily disasters from truly causing upheaval.

The nice thing about seriously assessing what is likely to go wrong based on prevalence in the past is that we can sometimes make just little twitches.

We don’t have to be ready for all-out neighborhood wars over food, grazing rights, and tickets to the Earth Arks to create that overlap.

A bug-out bag serves as a shelter-in-place kit as well as a “standard” wildfire or hurricane evac kit. Having a month or two of food (or far more) means we can also weather a big bill because we can skip buying groceries.

Resources like the Ready.gov site and our insurance carriers can help us determine what goes wrong in our area. We might be well served making maps using the information they give us about regular, fifty-year and hundred-year floods, wind storms, and snow/hurricane routes to apply to our walk-out and drive-out plans.

We can also use their information – like, what is the number-one thing that causes job-loss or vehicle and home damage in our area – to make sure we’re buffered against it.

Pat’s preparedness arc and the article about a balanced wheel (especially the comments) may help even longtime preppers better assess where they stand, and focus or refocus on any gaps between normal daily life and the return of the Ice Age, Dust Bowl, total economic collapse, and other extreme events. They – and the standard FEMA/Red Cross recommendations for 3-7-10-14 days of supplies – can be excellent starting places for beginners.

Keep your chin up President Trump. We know what you’re up against there in DC. We’re proud to support you.

This isn’t a political trolling site. Please move along.

best one of these yet.

Good information on planning for the big one. I would also suggest we keep our minds open to after the big one. For example, you come up on a vehicle accident where the vehicle or vehicles have been abandoned. Is there gas you can syphon, is the battery still good, whats under the seats, are the rubber floor mats still good? What might be in that abandoned hose down the street?

Thank you. Hopefully, with a biggie or a small one, we’re all paying more attention. There’s a million and one “post biggie” places off the normal radar/paths to consider for supplies, especially if we’re in a situation where we have to cover a lot of ground to get back home or if it’s big enough to account for large die-offs and a probable long period without infrastructure. Don’t forget to check that vehicle for flares (rarer now), first aid kits, tissue, hand sanitizer and wipes, antacids and OTC pain stuff, and flex seal. Of course, that list could go on… Read more »

Curious that layoff was listed in zone 1. I lost my job 17 months ago. I’ve been looking ever since. Forget prepping, I’ve been digging deeper to keep the wheels on the wagon than I thought I could. Its been tough, but prepping has actually helped. Keeping a sizeable pantry has gotten us through some of the rougher months. I learned about couponing. I showed zero store loyalty, and went to each store for the specifically targeted sale items (generally low-tier ones) to make every dollar count. Maintenance that used to be fairly clockwork has been stretched out. Hobbies that… Read more »

Sorry to hear you’re struggling. I never went that long, but I left the Marines with specialized skills useful in the newspaper industry – right before Tribune and the housing market tanked (double whammy – 2008), and living in the military contractor gut-clench cycle of bidding every year, then as a subcontractor in the environmental field. I understand the initial gut punch, even with my severance and the backup of the 9-11 GI Bill to help cover costs. There have been several times when our food storage came in useful, among the other things that had been stocked back. –… Read more »

Hi Bob: You say “Everything that was once is no longer.” Wow, what a terrific sentence! That just about sums it up.

As you know, this can happen to people for other reasons than job loss: retirement, ill health, divorce, what-have-you.

I hope you find a suitable job SOON! Hang in there. Good luck.