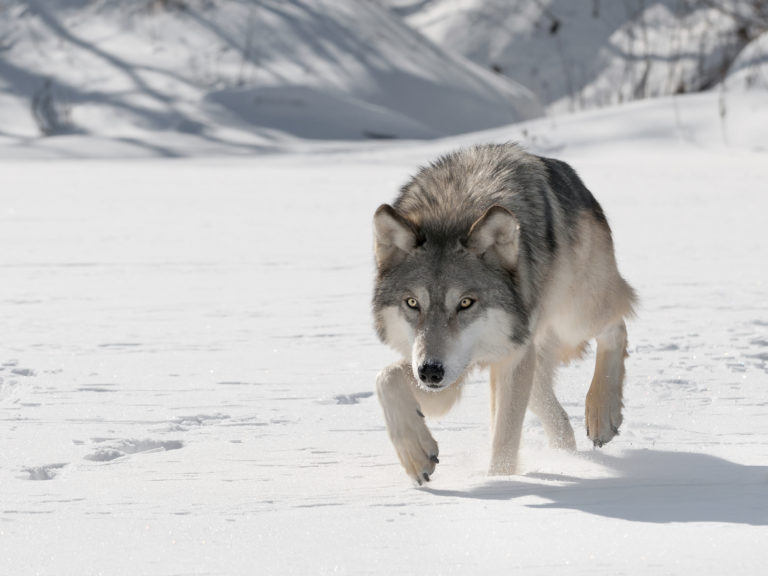 Editor’s Note: This post is another entry in the Prepper Writing Contest from JD. If you have information for Preppers that you would like to share and possibly win a $300 Amazon Gift Card to purchase your own prepping supplies, enter today.

Situational awareness(SA) is the ability of observing the happenings around you. It is a something that we all use everyday to some degree. Anyone that drives a vehicle on public roadways uses situational awareness. Unfortunately, for some, it stops when they exit their vehicles.

When you’re driving, your senses should be in tune with not only what you’re doing but what else is happening on the road. Proper driving consists of looking as far ahead as possible, scanning your mirrors every so often to be aware of what’s around you. You should not be looking at the bumper of the vehicle in front of you! Give yourself space between you and the car in front so it allows you to see your surroundings. Why do we do this when driving? To give ourselves the earliest warning so we have as much time to react to something, whether it be an accident, something in the road etc. The same technique can, and should be applied to everyday life.

Col. Jeff Cooper was instrumental in bringing SA into the mainstream. Cooper was a Marine and is the creator of the “modern technique” of handgun shooting. Believing that if one were going to carry a handgun for self protection, one should be aware of their surroundings so as to have the best chance of survival. He devised a color code to separate the different levels of SA.

White: relaxed and completely unaware. Cooper believed the only time one should be in condition white is when one is sleeping. Unfortunately with the modern electronic devices we have today, there is an overwhelming amount of people in condition white having their faces buried in their phones or devices. How many people have you seen walk into things not paying attention to where they are or what’s going on around them? Being attacked in condition white is the worst possible scenario.

Yellow: relaxed but paying attention to the sight and sounds happening around you. And that even means home. Yes we should feel protected at home, but where do home invasions happen?! It may not even be a group of thugs trying to kick in the front door, it could be that the furnace is making a strange noise. Investigate it to be sure it’s working correctly, it’s too late when it sets the house on fire. You are not anticipating something happening, you are putting yourself in a position where if something WERE to present itself, you will not be taken off guard.

Orange: Alert. You may have seen or heard something that causes you to now focus your attention to a specific area or person. You are in the mall in July, and you see a person wearing a long winter style coat, sweating profusely, maybe even looks like he is hiding something under his coat. At this point you should already have a plan formulated. You are getting ready.  If this guy pulls out a gun and starts shooting people, I’m gonna draw and put a burst of rounds in his face from behind this position of cover. OR, I’m running like hell out that exit door!

Red: Time to act. At this point things are happening. You should be moving to cover or moving out the door, or….. somethings going haywire with the furnace, time to implement your formulated plan.

According to the FBI crime statistics, for 2015 (it was the latest info on fbi.gov) there were an estimated 1,197,704 violent crimes committed nationwide. How many of these could’ve been prevented with enough, “time to react”? It’s impossible to be “switched on” all of the time 24/7. But by paying attention to ones surroundings, lots of would be crimes could be avoided without having to get into any physical altercations. Not all of us are cut out to be and or have a warrior mentality. Some of us preppers don’t even like guns! (I know, hard to believe, but true) some of us can’t carry weapons concealed on our person. The beauty of SA is that a person doesn’t have to be a super ninja operator to maintain a degree of safety. More often than not, if you see something you don’t like, trust your gut, it’s most likely right. What does this have to do with prepping?…..

In the prepping world, it can apply to something as benign as your supplies. Being aware that the toilet paper supply is down to one crate, it’s time to get another one. Food, ammo, all the consumables. It’s imperative to know when it’s time to re up the supply. That means getting into your preps to actually look and see there is only one item left. As opposed to, well I didn’t think we went through that many of those! I do not need to explain in too much detail about how SA applies to protecting ones property, bug out location, or community. The ideal situation would be to have patrols as far out from the property as possible to handle any unsavory visitors. Or to be able to at least communicate with the homestead to give advance warning. Because if you are down to defending the actual structure you’re living in, and bad guys are making it to the front porch, you are in a very place and chances are you and your family or group have little chance of making it out alive. At that point you are too far behind the curve. Good situational awareness will give you the reaction time you and your group will need to either fight or escape. A new hobby preppers are getting into is flying drones. For the price of a new AR-15, there are some drones out there that are pretty incredible. Capable of patrolling a wide area and providing real time feedback. All without the enemy knowing about it being there.

Situational awareness is very important to all of us everyday. Develop it to use as another tool in the toolbox. It can be boiled down to two words, pay attention. Put the phones and tablets away. There is a whole world of things going on around you some good, some not so good. You want to be able to prepare when you see the not so good. It’s as close to a crystal ball as we can get

Love the article! Going back to the vehicle example first given, 2 things: – Leave yourself enough room to maneuver around the vehicle(s) in front of you and beside you when stopped. It’s not just for extreme situations. It’s also for when the idiot behind/beside you does something dumb. – While traveling, leave not only enough room to react to what’s happening past the windshield, but to look in the rearview (again) and use that information to choose a best course of action. It buys time to glance, realize that person isn’t stopping (in time), and then further assess whether… Read more »

Thank you R Ann! You have very valid points. If more people would drive like that, insurance rates might be a lot cheaper! Lol. I bet the road rage incidents would be less as well..

I have no idea how the JB jumped into my head/fingers. I apologize!

SA goes beyond our every day walking, driving and living functions. SA also applies to our lives in general. SA will tell me if a potential Natural disaster is coming, (The folks in the whole South had a 7 day notice that Hurricane Katrina was coming. The folks in the NE had the same notice that Hurricane Sandy was coming.) Most of the huge winter storms that struck the Eastern U.S. this last winter, gave ample warning. Some Natural disasters give no warning, such as an earthquake, although there are those who say they can give some predictions; so we… Read more »

Good on you lonejack for having the awareness to outfit your vehicle with the necessary supplies you may need if you get caught during an earthquake! Hopefully you will never need them, but I’m sure it’s comforting to know you have a chance if something happens. Great comment!

As a LEO for about 26 years we were constantly trained on this concept at all times and in all situations from sitting in our patrol vehicles, to traffic stops, to checking out buildings on alarm calls to domestic violence calls and everything in between…

This concept saved my ass a couple of times… That I can attest to..

Situational Awareness IS the real deal…

Thanks for your input and your service S.Cullen! See folks, this stuff really works, this coming from someone who uses it everyday in potential life and death situations. Great comment thanks for reading!

Thank those who have made the ultimate sacrifice…those are the ones who need to be thanked and remembered…
My family have over 120 years of LEO experience BTW….

RAnn; Good article. I have learned to be sensitive to my instincts, as I began paying attention, they seem to become sharper. During my early morning walk, a car with 2 men in it drove by me slowly, looking. Immediately my alarm sounded.

“Guest contributor”, and OurAnn, (pun intended), did very well in describing the absolute need for situational awareness. I would add to the comment about leaving room enough to maneuver around the vehicle in front of you, as I was trained to do: make sure you can see the rear wheels of the vehicle in front of you ON the pavement. You will have enough “room” to maneuver around that vehicle. Like SCullen, SA, saved this retired copper’s bacon more than once! I know most of us consider ourselves to be “in the choir”, but, SA has to be developed and… Read more »