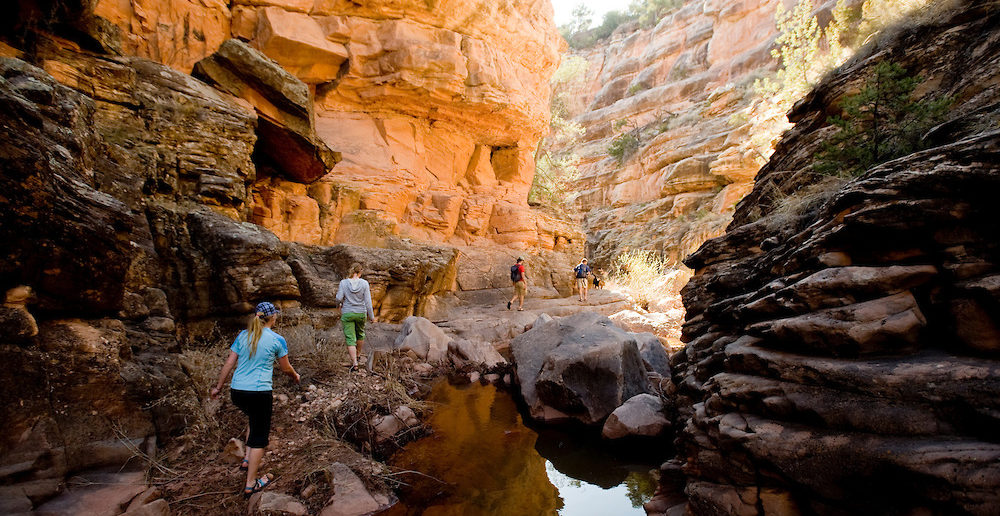 How Chemistry Class Saved My Life

Editor’s Note: This post is another entry in the Prepper Writing Contest from West Texas Backpacker. If you have information for Preppers that you would like to share and possibly win a $300 Amazon Gift Card to purchase your own prepping supplies, enter today.

While in high school chemistry class you would have been called a geek or nerd if you ever truly believed that “I am going to use this one day,” while everyone else was saying “I am never going to use this in my future, so why must I learn it now?” I’m here to tell you today that I was that nerd that believed such things and further studied chemistry for another five years into college.

During my academic career my interests always sparked when I learned about chemicals that could be used for some medical treatment, or were able to create an exothermic reaction and generate enough heat to produce a combustion of sorts. One that was very particular to me was a chemical called Potassium Permanganate (KMnO4). Potassium permanganate was especially interesting because if mixed in the proper quantities it can be used as an aseptic treatment to prevent infection on wounds and injuries. To add to its unique properties if mixed with a locally bought form of glycerin it would create an exothermic reaction to cause a small flame to form.

Now that I have given you some background information I will tell you of my experience when chemistry class saved my life. During the fall semester of my junior year in college I joined a backpacking adventure group that was composed of individuals, whom all shared the passion to learn survival skills and backpacking techniques. Being a rookie in the world of prepping this group caught my interests. So as meetings began to start and we practiced various skills such as cooking over fires, knots, survival skills and techniques. As we continued expanding our knowledge we also planned our first outing into the back-country of New Mexico during the month of October.

We assembled our gear and packs and planned out our route with enough food to last our 30 mile trip into the wilderness. Along with the checklist of items that we were given that would be necessary for any camping trip; I thought it was necessary to pack my trauma kit, and some chemicals for a chemistry experiment. This experiment was to take place towards our highest elevation at 13,000 feet above sea level and to be as much for entertainment for the group as an experiment for me. 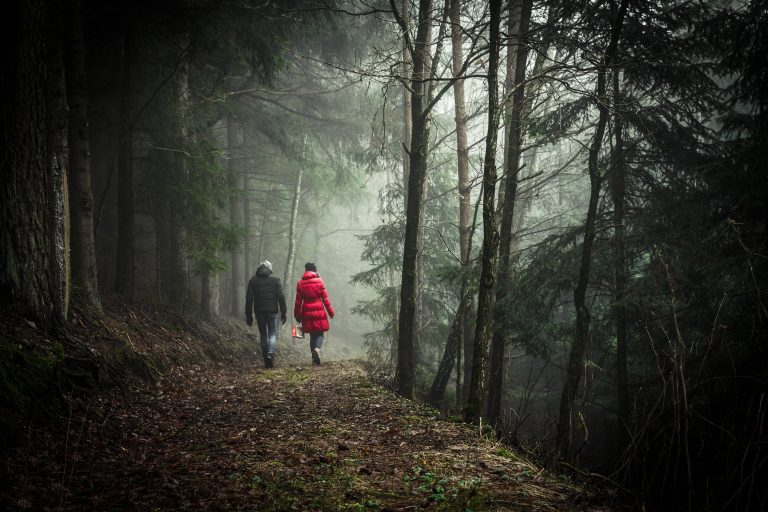 We trekked for two days up and further into the back-country until the only tracks we saw were our own and the native wildlife. As the group approached the summit the weather began to rapidly change and thunderclouds started to form. We had made a group decision that in order to get back into the tree line for cover, we needed to summit the peak and descend on the other side as quickly as possible, because the route back down on the ascending side if caught in a storm would become even more dangerous due to its steep and narrow trails than the route descending on the other side.

Moving with a purpose the group quickly summited the mountain while fighting the wind that was gusting approximately 60-80 miles an hour the entire time. As the group began the descend one of the female hikers tripped and tumbled down the steep rocky path and received a moderate laceration on her knee. Quickly I dumped my pack and my skills as a nurse took over. I quickly had another member pour approximately a teaspoon of potassium permanganate in a one liter water bottle and shake it until dissolved while I readied the bandages and wraps for her knee. I cleansed her cut with our prepared aseptic solution and bandaged and wrapped her knee so that she could continue down the best she could.

Shortly after our unfortunate event our luck continued to fail and heavy rainstorm began just before we reached the tree line. Quickly the group of six gathered firewood, and threw together a tarp lean-to for shelter. Wet and miserable some of us were experiencing early signs of hypothermia, and we all desperately wanted to feel some small amount of warmth. Several members tried various means to start-up a fire from lighters, storm-proof matches, to even burning their own cotton shirt to get a flame to arise and light our fire. However the wind was awe to powerful and would extinguish our flame before it could ever catch.

It was then I remembered my plans to do an experiment and rushed to my bag and removed the small baggie of potassium permanganate and small bottle of glycerin I picked up at the store. I paused before I began and looked back on my previous trials with this combination. I remembered back home in Texas at 3500 feet elevation it would take approximately 5 seconds to generate a flame, but at this elevation and wind I knew my chances would be limited. So then I figured I’d better go for broke and used my remaining supply of both ingredients. What seemed like an eternity ended up only being about a minute before the greatest sight of our lives appeared. 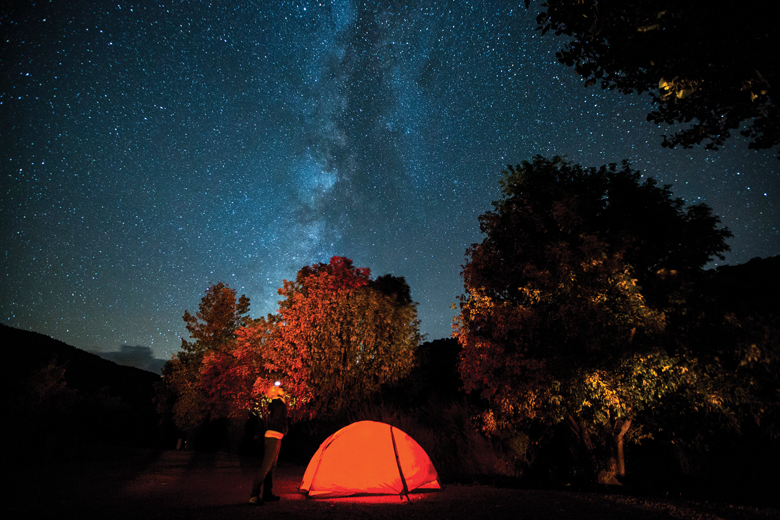 A huge, bright fire-ball arose from our stack of tinder and kindling, and the group simultaneously began tossing larger logs onto the fire for it to chew on before the wind would have a chance to counter its warm punch. Our fire was a great means for improving morale and keeping at bay the clutches of hypothermia. We were able to dry our wet clothes, cook a warm meal and drink some tea and hot chocolate under the tarp until the rains subsided. After the rain stopped and we were all dry and full we set up our tents and crawled into our sleeping bags for much-needed rest. Once we woke up that morning it was as if the rain had cleansed the mountain of any bad juju, and we finished our adventure safely and pleasantly back to the truck.

There were numerous lessons learned from my first trip into the back-country that I have since benefited from. Most importantly the one that I and the group agreed on was that if there hadn’t been a chemist in the group then we all undoubtedly would have had a much more difficult time fending off hypothermia than we did that night.

I see many different types of glycerin listed in Amazon. What type is best to use for starting a fire.

In my experience I’ve found that the glycerin found at any Walmart as a flower preservative in a gel/liquid form works the best. That’s what I use the most.

So… are you proposing a new, previously undiscovered prep?

If so, would you consider providing sources, proper ratios and storage mediums, and a few thoughts on do’s and don’ts?

I believe the concept has been around awhile, but not necessarily used my many due to lack of knowledge about the chemicals properties of the chemicals. Being a chemist I’ve had extensive practice and experiments with the reagents. I would recommend to try buy from a known chemical company such as Sigma Aldrich (http://www.sigmaaldrich.com/united-states.html). That way the main chemical (KMnO4) comes in it’s appropriate storage bottle. I assume a glass gasket sealed container will work as well as the standard plastic gasket seal. Your main concern is that’s it is air tight. Reasoning is that KMnO4 is strong oxidizing agent,… Read more »

Yes I have chemistry and physics background and was a professional pyrotechnician at one time and have found my skills combination of inestimable value many times.