Editor’s Note: This post was contributed by Steve P. If you have information for Preppers that you would like to share and possibly win a $300 Amazon Gift Card to purchase your own prepping supplies, enter today.

The right to bear arms in America remains strong. But it behooves individual gun owners and employers to keep up with the ongoing legal and political caveats in their respective areas. Company policies and state and federal laws are all bound to clash when enacting concealed carry rules for employees. There is also the matter of providing peace of mind to workers who do not carry firearms. The following guidelines will help shape concealed carry rules for your individual company.

Maria Ivette Ros was fired from her job as a Wells Fargo branch manager in Oldster, Florida, in 2014 for carrying a concealed weapon into the bank. The company has a strict policy against employees carrying firearms onto the premises, with the exception of security personnel. Ros filed a lawsuit in state court claiming her Constitutional rights were violated. Wells Fargo argued it is not a government entity, but a private company that can make its own rules pertaining to firearms. It’s unclear how the case was adjudicated, as court records indicate it was dismissed with prejudice in August of 2014.

The Ros case would have provided a blueprint for employers in right-to-work states like Florida that also strongly adhere to Second Amendment precedent. Know the laws of your state before writing concealed carry policies. Several states have adopted “parking lot laws” that allow employees to carry concealed weapons in their vehicles while parked on company property. States like Arizona, Pennsylvania, and Texas either have no laws addressing the issue or specifically prohibit employers from enforcing anti-concealed carry policies.

Most state laws pertaining to workplace concealed carry are fairly straightforward. But in states like Kansas, Kentucky, and Wisconsin where the laws aren’t as clear, it’s best to consult a Constitutional attorney before writing your policies. 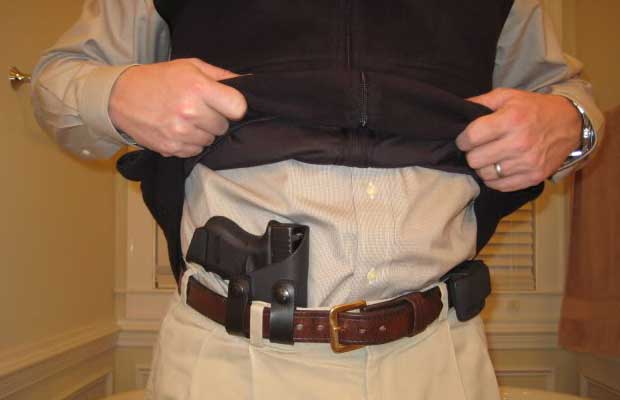 The General Duty Clause contained in Sec. 5 of the Occupational Safety and Health Act (OSHA) requires all employers to provide “a place of employment which are free from recognized hazards that are causing or are likely to cause death or serious physical harm to his employees.” Education and accountability are key for compliance to OSHA’s broad safety rules.

Inform all employees of your intent to enact concealed carry policies. Clearly, state in a memo why you’re enacting the policy and how concerned employees can address said issues. One oft-repeated concern among pro-gun control advocates is the “assault rifle” fallacy. A great way to educate and bridge those gaps is showing them how false that label is.

Visit an online gun library and point out, for example, a Ruger Mini 14 versus an AR-15. Emphasize that both are semi-automatic, use .223 ammo and have 30-round magazines. The only difference between the two is that the previous looks like a BB gun, while the latter looks much more menacing. Conveying this type of knowledge about firearms will also put skeptical minds more at ease. 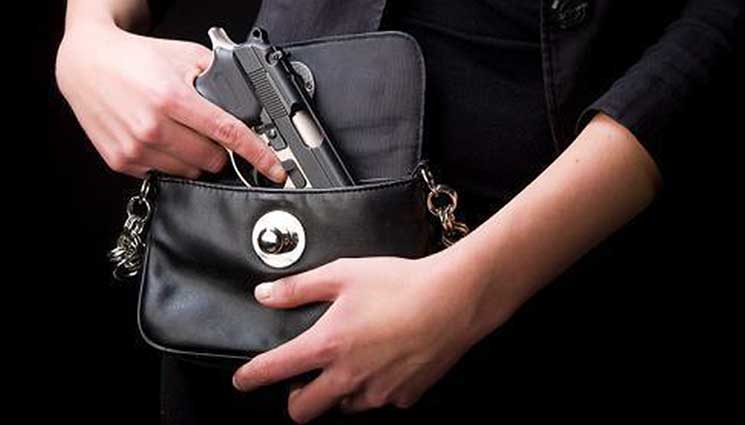 An aviation insurance firm in Georgia enacted a company policy earlier this year that requires all employees to obtain a concealed carry permit. Once they obtain the permit, the company owners give them Smith and Wesson handguns just as other employers provide computers, office supplies, and coffee in the break room, local news station WSB-TV reported. The company owner said the policy was enacted as a result of a crime surge in the metro Atlanta area. Georgia law grants civil and criminal immunity to employers who comply with guns-at-work laws, which of course is more reason to consult an attorney beforehand. 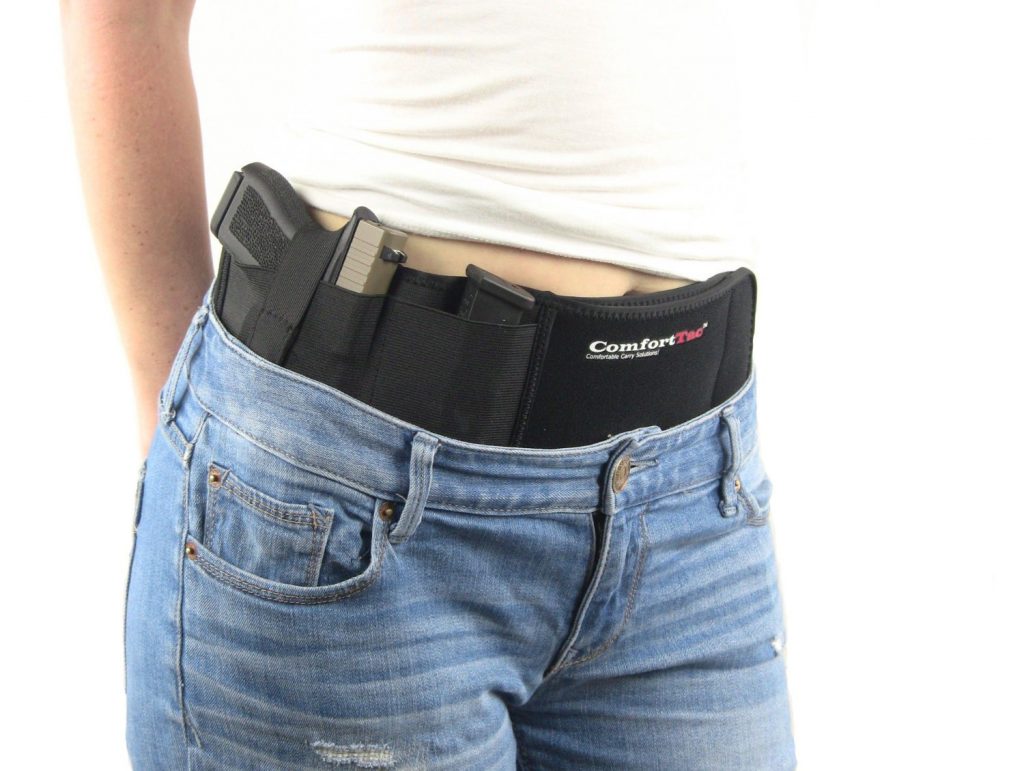 Belly bands make a good concealed holster for some people.

Speak with those who already have policies in place. There’s no substitute for real-life experience when it comes to drafting and enforcing workplace gun policies. No database or easily accessible list of employers with current concealed carry policies exists, but rifle clubs and shooting ranges are the best places to get word-of-mouth information like this.

Laws and safety supersede everything else. When drafting your policies, there are some basic elements that should be included:

An armed workforce deters criminals from interfering with your day-to-day business, but doing it the right way ensures you stay out of the courtroom and keep your employees happy at the same time.

Read this blog twice. A very nice politically correct article, that solves nothing and answers no questions. A couple years ago I was fired from a job (first time in my life EVER being fired) for walking into the workplace carrying concealed. I go under arms at all times, like combing my hair or putting on my pants, in the morning. Like an idiot, when I realizing I forgot to disarm myself, I advise my supervisor, apologized, walked right back out to my car, disarmed and came back in. Three weeks on the new job … three weeks …. I… Read more »