Prepping for a Winter Crisis! – Blizzard of ’77 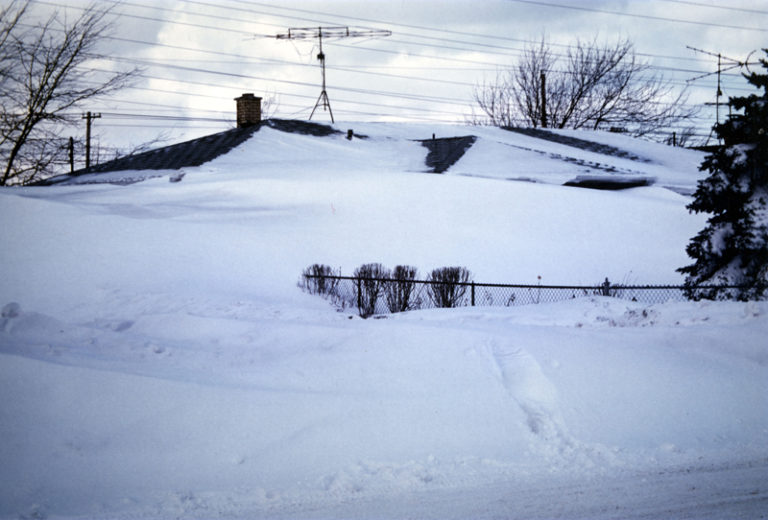 Editor’s Note: This post is another entry in the Prepper Writing Contest from PrepMomCanada. If you have information for Preppers that you would like to share and possibly win a $300 Amazon Gift Card to purchase your own prepping supplies, enter today.

When you live in an area of North America that is prone to blizzards, you must take it seriously and prepare accordingly. The Blizzard of ’77 is a prime example of why you should be prepared. We live in Southern Ontario, and it crippled this area and Western New York state. Although I did not live through it first hand – my entire family did! Their stories have shaped my desire to be prepared in case this was to ever happen again. These stories were passed down to me through parents, coworkers and grandparents, as I was not born yet.

The Blizzard began the last week of January, 1977. My dad said they closed his high school as soon as the blizzard was in full swing. He recalls walking home on top of the snow and passing by peoples’ chimneys. That’s how high off the ground he was from the accumulated snow. He told me he was actually one of the lucky ones. He heard later that in neighboring towns they didn’t close the schools early enough and children were stuck there for days! Everyone’s power was out for days, and the stores were wiped clean within hours of the first day.

A coworker told me she was stuck in her house with her baby that was less than a year old, and she ran out of milk. There was absolutely nothing she could do about it. Other people tell me they were stuck in their vehicles in the freezing cold, no one could get to them. There were no cell phones at this time. You were stuck there until someone found you. If you left your car, you risked freezing to death in the elements. All of Southern Ontario and Western New York was declared as a ‘state of emergency’ by the government. Police, Fire and Armed forces were called in to help from neighboring communities to supply food, water and medical aid. My Grandmother’s friend tells the story of her whole family huddling in the kitchen with the gas stove lit for warmth. They shut all the doors and hung blankets in open doorways just to keep the heat in the room they were in. 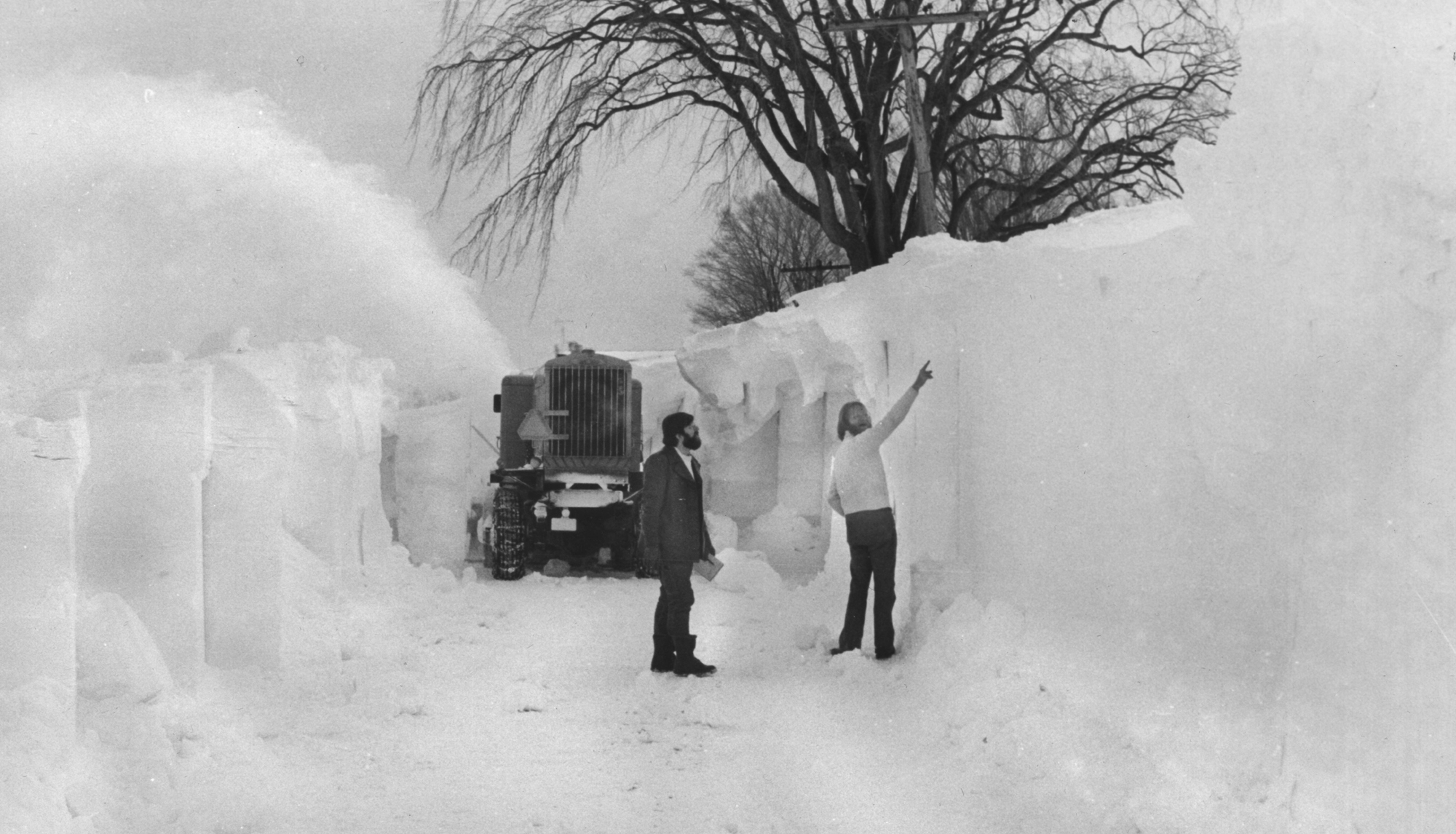 When a crisis like this hits, emergency services are limited. There is only so much they can do when there is 5-8 feet of snow on the ground. If they can’t get to you, they can’t help you! This is why it is so important to have emergency supplies at home and in your vehicle. It could save your life. You have to take the safety of your family into your own hands, and be prepared for winter. At the bare minimum you should have a candle and lighter, a blanket, a few food items, a flare, basic first aid kit and a supply of water in your vehicle at all times. Some people also like to have sidewalk salt/sand on hand, as well as a collapsible shovel… you may just be able to dig yourself out if you have the right tools. I have personally had to use the salt/shovel combo many times! 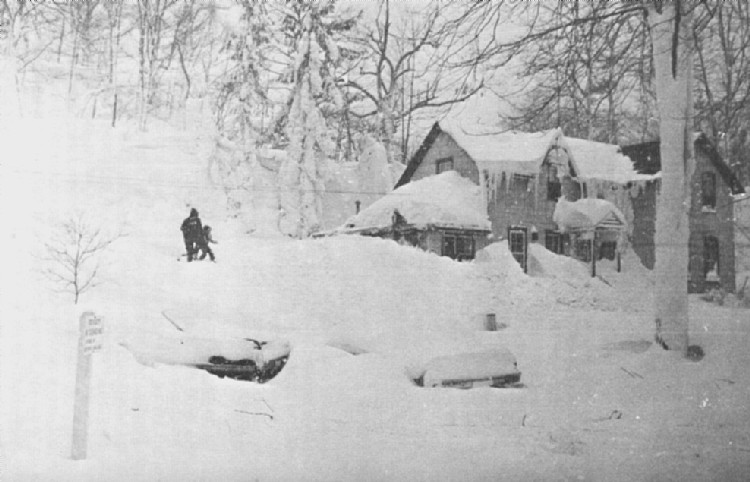 My parents told me that the people who had generators and snowmobiles were the best off, and they were actually helping with the rescue mission of getting others out of their buried cars. It was the only suitable mode of transportation during the storm. The cars were completely buried in the snow, you could not even see the tops of them. My family witnessed people driving right over top of buried vehicles.

If you live in an area prone to any type of storm you should have a generator and gasoline stored away, at the very least. Living without power, when you are not accustomed to it, is not fun! 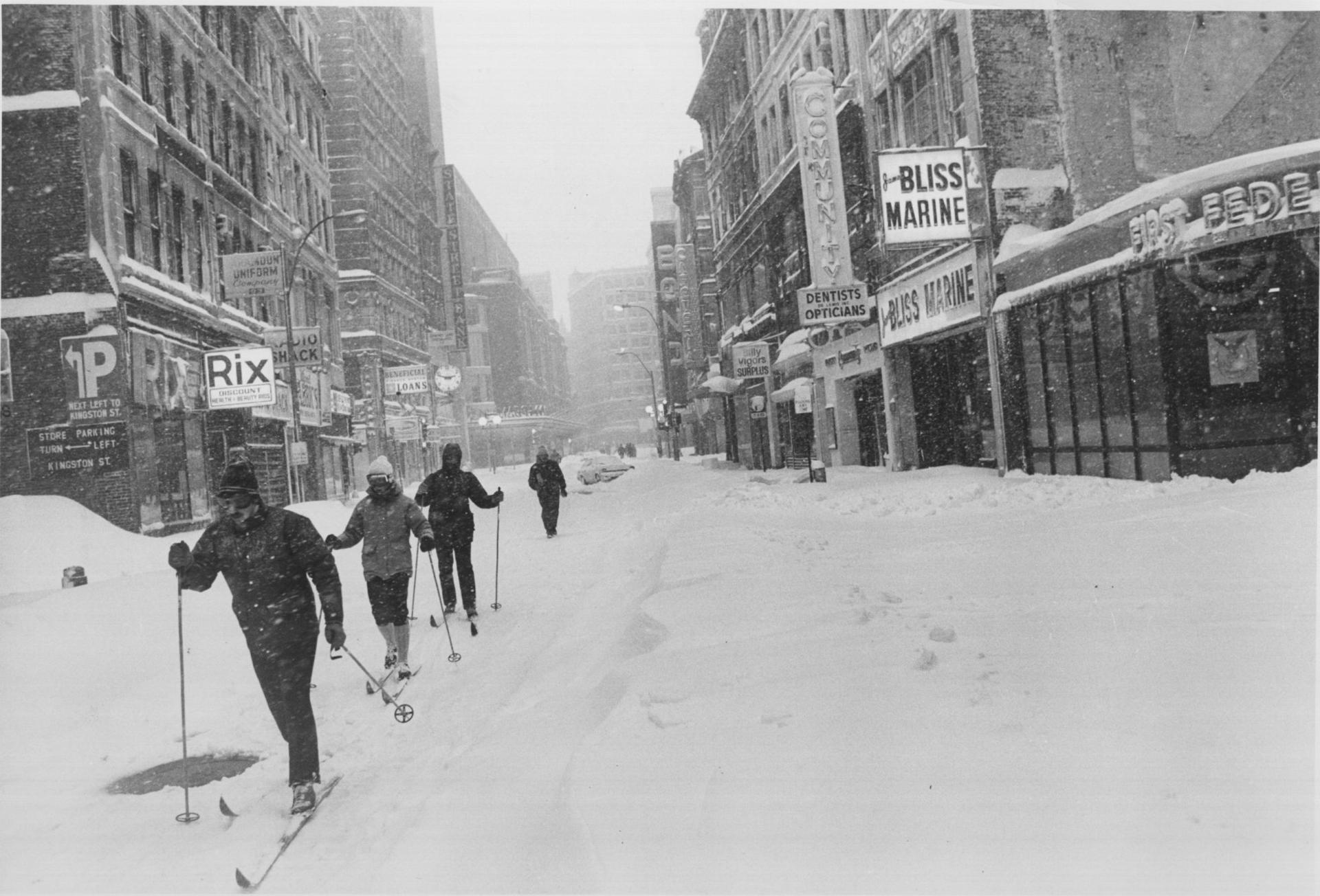 People nicknamed the Blizzard of ’77, The White Death. Many people died from freezing to death in their cars, having heart attacks from shoveling snow etc. People had frostbite on their hands and feet from being out shoveling for hours so that they could actually get out of their houses. Most people don’t think of snow storms as being deadly like hurricanes and tornadoes, but they can be if they are severe enough! It is imperative to have stored food, water & medical supplies in your house in case you are snowed in and cannot leave! You may not only lose power, your water may be turned off, or you may have to deal with pipes bursting. So be sure to have an adequate amount of water to see you and your family through several days. There are actually articles on this site that help you figure out how much water and food to store for the size of your family. It is not that expensive to stock up on a few survival necessities, and you will be so thankful that you did if you ever faced a natural disaster.

Some of the bare necessities may include, but are not limited to:

If you happen to be stranded outside when the snow storm hits try to find the closest building for warmth. If you do not have that option there are many videos on YouTube that instruct you how to stay alive in a blizzard. They are informative and practical.

One of the most important parts of prepping for a natural disaster of any kind is having the knowledge and skills to carry you through hard times. It is also important to never have the attitude that ‘oh that will never happen to me.’ A natural disaster can strike anywhere, any time. Mother Nature does not discriminate.

Hope this helps someone prep a bit for the coming winter! It will be here before we know it!

All very good info and advice, PMC, and thanks (I think!) for the wake-up call that winter is definitely coming. Down here in the Lower 48, understandably, that could still be hard to comprehend, especially when last night’s World Series Game 6 from CHICAGO began in 72F weather, and was attended by people in T-shirts! Crazy! The weight of enough accumulated snow on a roof can damage it and/or lead to its collapse. Also, ice dams can damage a roof and cause leaks. Having and safely using of a roof rake to help remove snow from your roof can mitigate… Read more »

Great article. I’m going to get a generator now. Already have gas and didn’t want one for shtf but you are right about the use in an ice or snow storm

I lived in Buffalo at the time. I WAS THERE! In addition to all the snow, we had 50 mile an hour winds and an insane chill factor. You took your life in your hands to just cross the street. Three families had dinner together everyday. Everyone brought something. People trapped downtown stayed in store basements. Volunteers on snowmobiles brought milk to babies. Worst case was that no one could get or cash their paychecks because most things were closed. I remember trekking the five blocks to the supermarket in the middle of the second week on cross country skies… Read more »