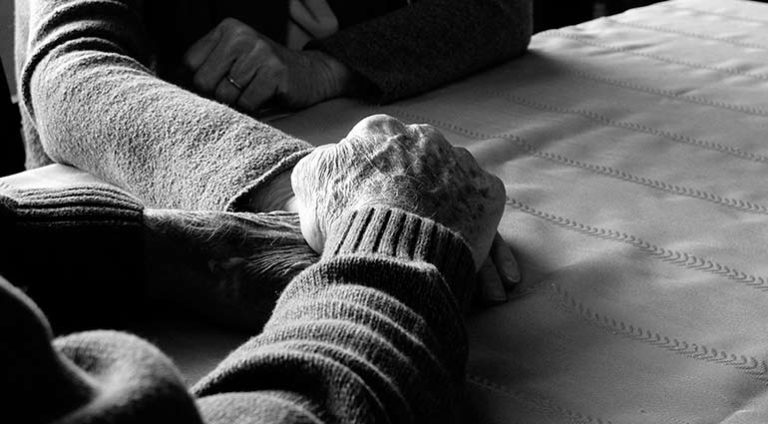 Editor’s Note: This post is another entry in the Prepper Writing Contest from Lydia A. If you have information for Preppers that you would like to share and possibly win a $300 Amazon Gift Card to purchase your own prepping supplies, enter today.

After TEOTWAWKI hits, the great thing is that the time for worrying will have passed. Well, if you have prepared well, the time for worry should have passed. As preppers, we won’t have to worry and we can focus on being happy, and helping others be happy. Unfortunately, for most people that is when the time for worrying—and worse—will begin. It’s sad, its tragic, but there’s really not much more we could have done to prevent it. We tried visiting with friends and family to help them catch a clue about our precarious situation before things fell apart, but for the most part they didn’t want to listen.

When TEOTWAWKI hits, they’ll be in a world of hurt, and we won’t be able to fix it. We need to accept that fact.

What we can do is try to help a little.

Because most people will be losing their collective minds in the initial days and weeks after TEOTWAWKI hits, the safest thing to do for ourselves and our families will probably be to stay as far away from society as possible for a while. However, once reality has set in and people have started to adjust to the new normal, an essential component of rebuilding your immediate community will be the ability to give selfless service to others.

Now by this I don’t mean you start feeding and clothing anyone or everyone. Most of us cannot do that. Most of us recognize that one of the reasons that our society is in the mess we’re in is because we fostered a community of people who existed and even thrived on handouts.

What I do mean is that life is suddenly going to be difficult for everybody, and much more difficult for most. When this happens, our attitude can make all the difference in ourselves and our families, and it can have a huge impact on others as well. It doesn’t have to cost any money. It may cost a little time. It may take a little effort. And then there are those things that may cost a little money now, but they can be very valuable later.

There’s the free stuff that doesn’t take any time—smiles, hugs, winks. We’ve all noticed how just a smile can lift sagging shoulders. Then there is the free stuff that takes a little time—telling a joke, a helping hand in carrying out a task, reading a story to children. Sharing raspberry or rhubarb starts or medicinal plants. Just listening when someone needs to vent or cry. Rocking a baby for a mother who needs to get some work done.

As I gather supplies for my family and prepare for difficulties that lie ahead, I try to imagine what very inexpensive items that are very small and difficult to DIY or do without will be high demand. I recall reading about a starving German woman following the end of WWII who was observed trading away her orange for a spool of thread—and then her friends gathering around begging to have a little of that thread as well. Also, I think about what drives me crazy now when I don’t have it even for a short time. Well, things that I should always carry in a purse, but since I never carry a purse…. Lip balm, lotion, a nail file. Over-the-counter medications like aspirin, ibuprofen, and Benadryl really are very inexpensive and store forever. 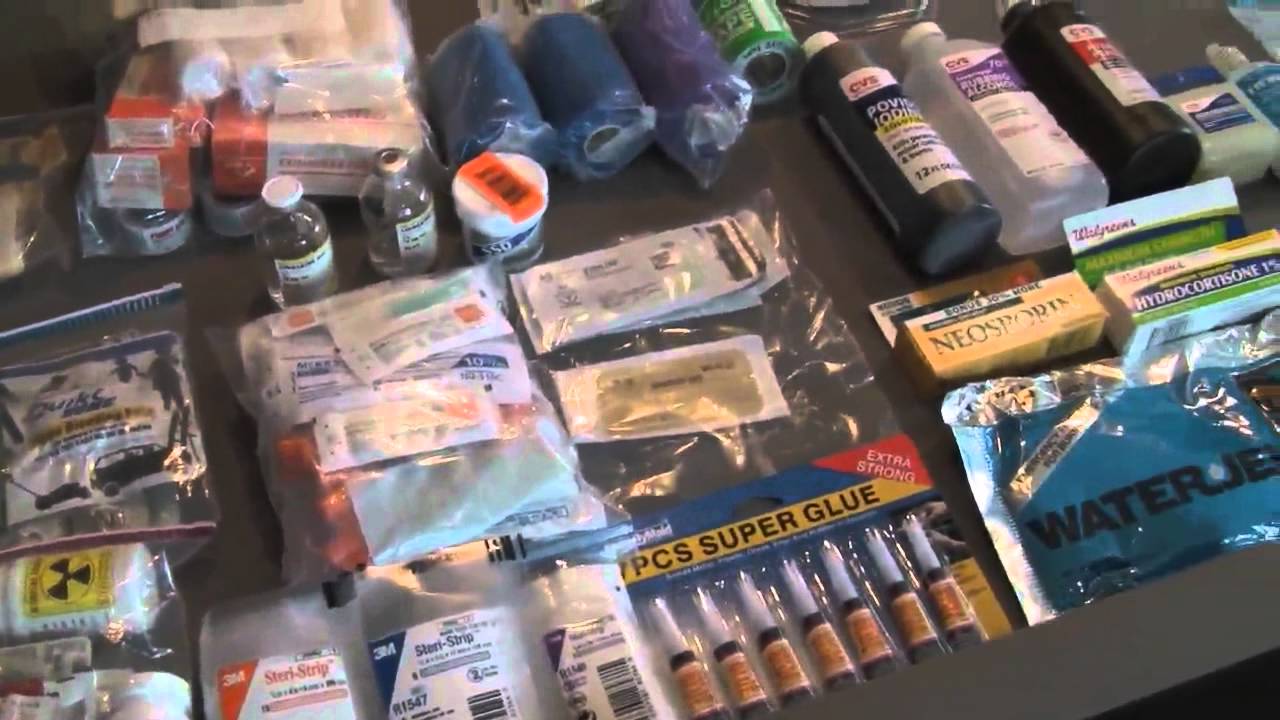 A little triple antibiotic ointment could literally save a person’s life. Vegetable seeds are incredibly inexpensive. They don’t necessarily store well (depends on which vegetable—tomato seeds can be viable after a decade, while onions may not last three years), but as long as they can be cheaply rotated and replaced, it makes sense to store extra. Spices could be shared with others as well, and they’ll remember your kindness throughout the meal, and hopefully beyond. I store mostly what I think my family will use in the next few years. However, because my dear husband has an irrational fear of being without nutmeg, we probably have enough of that spice to last our entire valley for a decade. Matches are pretty cheap, so I think we have a lot of those, but then again as I think about it a little more, maybe I should pick up some additional boxes.

SERVICE THAT TAKES A LITTLE TIME AND/OR MONEY

However, often service is going to take a little more time and/or expense. And we need to be in a position to serve others outside family as a means of re-building the community. It won’t always be convenient, and it might involve some sacrifice. By this I mean taking the time to teach others the skills they need to survive. Yes, it will be hard because people could have listened and learned when it was easy. But it will be an opportunity to draw together as a group.

Someone will need to teach skills such as simple as mending of clothing, gardening, careful knife sharpening, cooking and baking, trapping, appliance repair, water purification, etc. The list is endless. I have bamboo knitting needles that I have gotten very cheaply now that I will be able to share with a few others who express the desire to learn. I’ve got hundreds of hand sewing needles and dozens of spools of thread. And because we won’t necessarily have the time to personally teach skills, we also have lots of how-to books.

What about having some cheap candy on hand to give to children? My daughters have learned to knit very tiny animals, like only an inch or two in size, that they will make and give to youngsters. Play dough can be made with flour that has gone rancid or buggy.

Serving others during TEOTWAWKI is like being on an airplane that’s hit turbulence or is experiencing some kind of malfunction. You’re not the pilot. You’re not trying to land the plane. Simply put, you don’t have those skills to share. Just like it’s not your job to feed and clothe your neighbors or your community. You’re just trying to help the guy next to you get the oxygen mask on. But remember, like all the flight attendants say in their pre-flight announcements, you have to put your own mask on first. Take care of your own family and needs first. Because you have prepared, you won’t have to worry. You will be able to be happy. And as such, you will then be in a position to help others and we’ll all be able to rebuild that much sooner.

Nice ideas but I’d be concerned handing out free stuff. They might guess you were prepared and wonder if you have anything else available to take.

I’ve thought about this a lot, Lydia. No man is an island. We’re all going to need services, or things, that we can’t do, or provide, for ourselves. You’ve identified some of the things you can provide, and I could give you a very different list of my own. We
would be great neighbors, and just imagine how much more we would benefit if there were a few more like us, living in close proximity. At the same time, I have no intention of letting those who expect handouts, without giving something in return, from dragging me down.

The sandals gave me an idea. I don’t want to be the “Santa of The Apocolypes”, but, shower shoes/sandals are about $1 per pair. And, some cheap ball caps. Don’t discount the value of your generosity to someone in need. Asking for a small favor in return, would probably be granted.

Good article, but… “Because you have prepared, you won’t have to worry. You will be able to be happy.” That is assuming a whole lot of things… like if you PERFECTLY prepared for the EXACT kind of event that happened, for starters, and that none of your preps/supplies were damaged/destroyed/ruined during said event. No, I really don’t think someone would be “happy” per se… they might be relieved but should be worried about having their preps ransacked by all of the unprepared people, depending on how hungry/cold/whatever the unprepared are. They should be worried about the expected duration of the… Read more »

I can’t recall the title of the movie but it was a civil war movie starring Patrick Wayne where four confederate soldiers ride up to the farm house and ask for a drink of water from the well. One of the soldiers kills Patrick Wayne with a sword while he getting water for the soldiers. Patrick Wayne which is the only man at the house due to the rest of the men off to war fighting for the confederacy. The four soldiers then go into the house and rape his wife. It will be some time before you can trust… Read more »

Thanks for that Frank. Lydia suggests that in the initial stages, the safest thing to do is to stay away from society. I agree, but I think that might be difficult, as people who are unprepared will come calling. Also, I believe that our long-term survival depends upon receiving goods and services from others, perhaps through bartering. I wish someone would provide some guidelines concerning how to safely make that transition.