Editor’s Note: This post is another entry in the Prepper Writing Contest from Blazemaxim.  If you have information for Preppers that you would like to share and possibly win a $300 Amazon Gift Card to purchase your own prepping supplies, enter today!

We all start off our lives living in bliss and thinking the world we live in is perfect. Then as you leave your younger years behind and start into your early teens you learn that’s not so much how it is. You learn of human history and wars that have ravaged the world through the ages. You start growing up more and more then you see the world is not as you saw it as a child. You go to college and start a family as you progress. You watch as your generation is overtaken by the next and hope that the wars never reach your homeland.

One day they will and it may not be something like Red Dawn or a repeat of past world wars. Maybe it’s just a stupid mistake of a perceived threat and next thing you know nukes are falling. It could just a simple repeat of past natural disasters like a sun spot wiping out all electronics in the world, or maybe we are drilling for oil, then come across extinction level virus or bacteria. That has been shown recently with finding never before seen bacteria in fracking waste by scientists. All in all, my point to prove is from time to time civilization has been in dire straits that almost ended life or just topples a country or government.

What do I pack in my bug out bag?

With all that thought on history, a lot of people prepare for disaster to strike and build themselves BOBs and stock up at least 72 hours worth of resources like food and water. What would you do if it was longer than that or you faced a serious crisis that took the world to its knees? When I think of bugging out or bugging in respectfully, I think of a crisis that would be something more like a WROL scenario. What would you need in a situation like that. Would the food you stored back get you through or the water you stocked up last the entire duration? 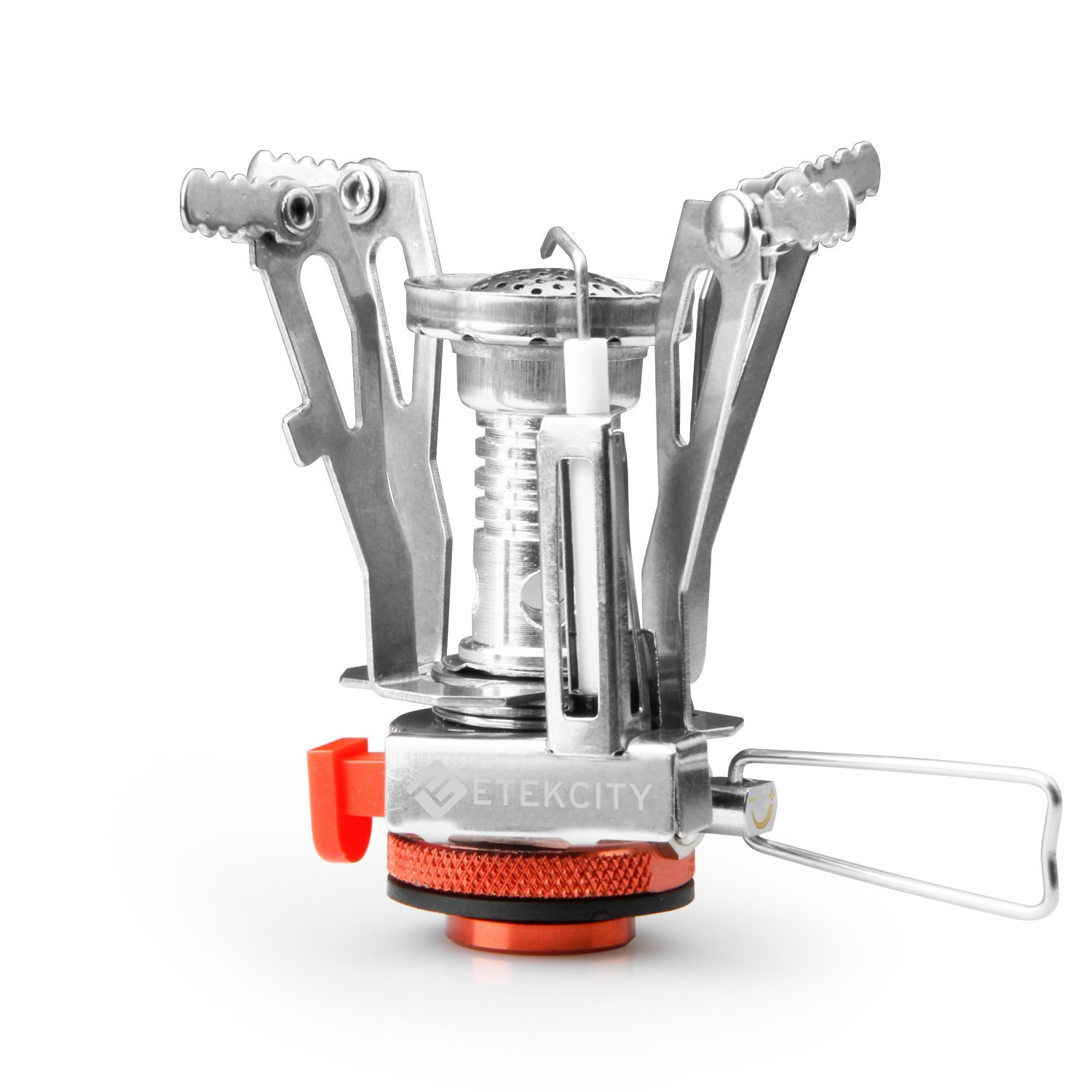 What do you need to think about carrying in your bug out bag to help you survive? You need to think about what is needed to keep you and anyone with you alive. To start off you’ll need a way to make any water you come across safe to drink. It’s a good idea to carry a water filter or multiples. Acquire a sharp knife or two. Remember 2 is 1 and 1 is 0. Knives can help with crafting weapons and utensils. You could buy some camping gear to cook on and you can make a penny stove to cook with as long as you have fuel for it. I find 91% alcohol works well.

Another way to cook is make a gasifer stove (see below). It works with anything organic that is flammable but wood is the preferred fuel. If all else fails build a fire and take a clothes hanger, make a loop with it, wrap it in wet newspaper and cook on that. I heard it works well if the ink is not poisonous. That covers hydration and cooking.

How are we going to eat?

Well in the earlier stages of this scenario you’ll come across canned foods and foods preserved so they last a while but as time goes on these things will go out of date and/or be used up. So in this time it’s a smart idea to grow food. Learn now how to do that. For a while animals will also be a source of food, but in time will be scarcer until humanity declines enough for animals to reclaim the cities and forests. Next comes how to defend yourself, and family if they haven’t opted out of life.

You need to know a few self-defense techniques.

It would also be a great idea to learn how to use a bow, spear, slingshot, and such since bullets and smokeless powder will disappear in time. In the same sense firearms will not last forever even if you had a million bullets. Your gun will need to be cleaned and oiled. Metal will wear down and parts will break with you have a small chance of finding replacements. This is why learning a little self-defense is better than nothing.

When there is only you and whoever is left of your family how would you treat infections? What about animal bites, broken bones from falls, or a fast killer dehydration from diarrhea. You should at the least get some first aid training and have some medical supplies in your survival pack. I mean if your near a city maybe you can find antibiotics or pain medications in a pharmacy. Probably not when its been looted by others trying to survive too. Willow bark is what aspirin was derived from and many plants are natural antibiotics…

So what all I was trying to do with this article is convey my perceived SHTF scenario to you guys. I feel a lot can be accomplished in small SHTF scenario like hurricanes, floods, and natural disasters with a 72-hour bob but when I think of bugging out or in I’m thinking of TEOTWAWKI.

Although the authors intent may be to get someone to start thinking about beginning to prepare most people invloved in the prepper movement should be well ahead of these ideas at this point. Most of the articles submitted are spoon feeding people who if they take prepping seriously should be far advanced in both their knowledge and prepping than giving these articles five stars. Survival after any one of the major life changing events is going to be extremely tough, probably the worst thing you ever live through, if you do make it. Today I read where public colleges in… Read more »

Ah, the 7 Afghan military members were found and repatriated back to Afghanistan several months ago. Perhaps you missed that newsy tidbit!

No three Afgan soldiers were caught at the Canadian border on Sept 22 but the seven went missing on Sept 27 from the information on Google today. All the articles I could find had concerns about possible terrorism from these seven men.

I agree with you that “most people in the prepper movement should be well ahead of these ideas”. However, the prepper movement is always growing and bringing new people along. Not everyone is at the same level of preparedness or even awareness as you are. I look at this site as a giant recruiting tool to get as many people on board as possible. Some of the content will be remedial to some, but brand new to others. I want as many converts as we can get.

I respect and commend your attempt to get as many converts to prepping as possible but I have found that if people are not awake, or they cant see what’s happening to this nation at this time most likely they will not convert to prepping. I’ve tried talking to neighbors, family members, people at church and others. Some act like their interested and try to get information like where do you hide your guns, how much food do you have stored up but I have not found one single person who wasn’t already prepping that took me seriously. Not one.… Read more »

I hear you Frank, but trust me. More and more people are waking up to what is going on. Our site continues to grow almost double each year and that isn’t from already established Preppers. The message is getting out, but maybe slower than we would like and not to everyone we would hope.

Frank, I agree with you that the content of the above article is primarily made up of beginner material. I also believe that this site in general is geared towards the newbie. That being said, I am tickled to death for anyone to begin their journey into prepping. It is never too late. After-all, do you know the exact day or time that the balloon will drop? Admittedly, I do not. The more people who are prepped and ready, the safer we ALL are in the end. I see “most” other preppers as my prepper brothers and sisters and we… Read more »

I am excited as you are to have someone begin their journey into prepping but you miss the entire point of my message. Everytime you try to convert someone or even share your concerns about events in this nation you are exposing your and your families safety. The person your trying to reach then knows you are prepping and knows you typically have guns, food and other survival items that preppers tend to stock up on If u live in a rural area it doesn’t take long for one single person to spread gossip about you and your family preparing… Read more »

For readers who are just beginning to research the world of Prepping, I encourage to you read the hundreds of articles that can be found on The Prepper Journal. They cover a huge range of topics that will help you organize your thoughts, priorities and finances.

I personally wouldn’t pack a stove especially with a butane canister in my pack incase someone shoots at me. If you’re on the move, you’re not going to want to stop and “make camp” and cook hot meals. Once you have your pack loaded up, weigh it..then start carrying it. Plan a 2 hr. trip in park with your map & compass zigzagging around the hills and creeks. This will let you know how healthy you are and how much you can carry (plus enhance your nav skills). You don’t want to have to slow yourself down because your packing… Read more »

Hi Christopher,
Try it out as close to the actual possible mission and repeat a lot is excellent advice. Same about water. Just one thing a stove is essential in minus 10C bug outs. I’d go cook free but for a few very cold months of the year.
Huples

believe me i know how a hot meal in cold weather make a difference! Having been in Norway above the artic circle during Anchor Express in 86, you didnt want to be outside any length of time:> obviously in extreme climates, you have to plan accordingly. i think if person is on the move and carrying a pack, their going to be warm enough (providing they planned thier clothing correctly) layering & wickering moisture away is the key.

Mostly I agree but I plan for the worst case always. Here that’s 160km on foot in -30C with deep snow. Obviously it’d be dire to get us bugging out in that but I’m happiest figuring worst case. We have snow shoes but boiling tea and coffee easily with the Biolite frequently would be essential. I’ve been playing with it and we can carry the fuel even if we can’t get it from the ground. Generally our bug out is no cook, no tent, just haul ass but we can have real nasty cold a few days a year. We… Read more »

The main issue I have with this article is it basically says a 72 kit is inadequate (it is not) and that you should carry all the supplies you need to survive for years (you should not). Knowing where and when to bug out is the vital piece new people need to focus on before buying anything. Then how to rapidly get there. Bug out locations should be pre supplied. There’s a lot of people planning to fill trucks with gear and flee. Lots can go wrong with that. Bury and hide supplies at home, on routes, and around your… Read more »