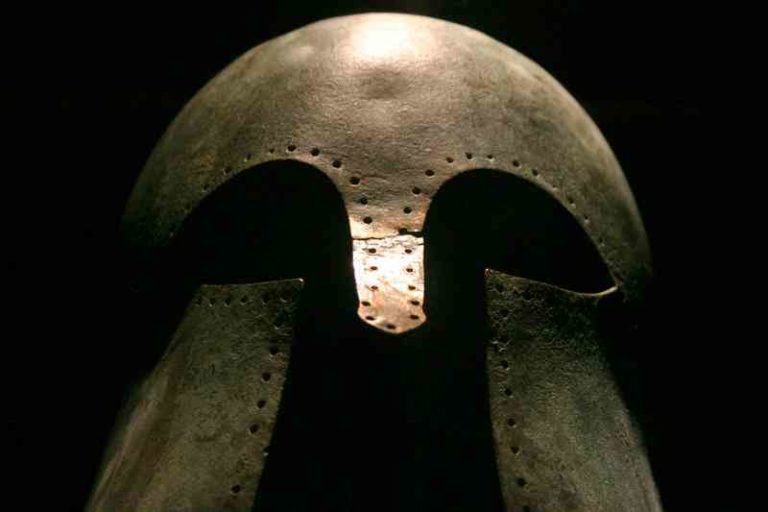 When people come to me for tactical pistol training I tend to ask them why they want to do the class and carry a handgun and the responses I get are usually the same; to protect themselves and their families, because they need to be able to defend themselves etc. Then I ask my clients why the bad guys carry guns and the responses are usually again the same; to kill us and harm us. From my clients responses it’s easy to see who the wolves are and who the sheep are! I tell my clients there is one reason they are carrying a gun and that is to kill people and if that is not their reason then don’t carry the gun.
One thing that needs to be avoided is thinking that a gun will make you a tough guy. I have come across many men for whom caring a gun is a status symbol, it re-enforces their masculinity. A gun is a tool, the same as a hammer, which can be just as deadly as a gun. If you need a gun to give you confidence, you have problems because that confidence is false confidence and can get you into situations that will be way beyond your limitations. Guns are tools that need to be respected, not something to hide behind!

What is the tactical mindset?

To me tactical shooting is not a sport; it’s about staying alive and killing your opponent as quickly as possible. If you are in a situation where someone is trying to kill you, your family or your team members you must kill them first, that’s it. Political correctness does not enter into it; we are talking about your life and death not banning super-size sodas or gay marriage. For most people the thought of killing someone and the legal ramifications are a nightmare but you’re better off dealing with the aftermath than being dead.  when the threat is over. Teaching controlled aggression to civilians and 1st world police can be difficult, professional militaries achieve it with strenuous training and strict discipline; both of which seem to be lacking in modern society in general.
There is a lot more to tactical shooting than just shooting; being a good shot is just part of what it takes to stay alive. One story that came out of Latin America was of a top competition shooter who was driving to work one day when two kids on a motorcycle pulled up next to him while he was stuck in traffic. The kid on the back of the bike had a revolver and asked the competition shooter at gun point for his wallet, he complied. As he was handing over the wallet he went for a Walther PPK on his ankle, the kid saw the gun and shot and then killed him. Who was the better shot that day, the trained or the wise?
I tell my clients that the three golden rules to personal security are think like a criminal, keep a low profile and always have an escape route.
Use of force is a last resort and should be avoided at all costs, fighting is for amateurs. You want to do everything possible to identify and avoid any potentially hostile situations. Unlike the movies, street fights are not glamorous and when guns are involved people are going to be killed, maimed and paralyzed. In reality, someone will be going to the hospital or the morgue and in most places others will be going to jail. You must never use excessive force against the person who is attacking you. The level of force you use you must be appropriate to the force being used against you. When defending yourself you must always be able to justify that the use of force was necessary. The laws on the use of force vary greatly from area to area, do your research, knowing the law is all part of an efficient personal defense program.
0 0 votes
Article Rating
Share. Facebook Twitter Pinterest LinkedIn Tumblr Email

Orlando,
This is one of the best, most informative short articles I’ve seen posted on the motivation and necessity for self defense. Your statement ” …there is one reason they are carrying a gun and that is to kill people, and if that is not their reason then don’t carry the gun” is something that every gun owner should give serious thought to. I would very much like to see a follow up article about controlled aggression. Well done!

Cheers for the kind words!!

Honestly, while interesting, I can’t agree with your assessment. Killing people is NOT the reason for carrying a gun. It is the eventual end-state though. If I think about it in military terms… Task: Carry firearm Purpose: to kill Wow. Good luck getting that concealed permit with that mindset. In a war zone, that makes all the sense in the world. It may make sense in places like Charlotte, or Detroit too, but the mindset is all wrong. I’ll try this another way… Task: Carry firearm Purpose: to protect my loved ones and myself from grievous bodily harm with all… Read more »

Who said anyone is walking around with the intent to kill?

I’m going with this, “I tell my clients there is one reason they are carrying a gun and that is to kill people.”

Translation: Your intent is to keep you and your family alive by at means necessary. Maybe we are parsing words. A homicidal maniac walks around with the “intent to kill.”

Orlando’s statement is self explanatory and would be seen that way in court. You can play word games Bolofia, but the statement is rather clear. I wouldn’t want to be the attorney having to defend that statement.

It is clear, as are the use of handguns… To kill people… There is to much liberal PC BS in the shooting world, defensive shooting at base level can not be sugar coated. I come across many people who are carrying firearms that live in a fluffy world and are way detached from the realities of carrying or using a firearm… My aim with my classes and courses is that my students leave being able to kill the bad guys as quickly and efficiently as possible… If people don’t like my approach, please go somewhere else! Cheers for the comments,… Read more »

“I tell my clients there is one reason they are carrying a gun and that is to kill people and if that is not their reason then don’t carry the gun.” I have been asked do we shoot to kill and my response is “No, we shoot to live!” Your version Mr. Wilson is flawed and will only get someone into trouble! The military shoots to kill, everyone else shoots to live. If the other person dies in to process, so be it! Since your an instructor I would seriously reconsider you delivery, this coming from a fellow 20 plus… Read more »

As I said above… It is clear, as are the use of handguns… To kill people… There is to much liberal PC BS in the shooting world, defensive shooting at base level can not be sugar coated. I come across many people who are carrying firearms that live in a fluffy world and are way detached from the realities of carrying or using a firearm… My aim with my classes and courses is that my students leave being able to kill the bad guys as quickly and efficiently as possible… If people don’t like my approach, please go somewhere else!… Read more »

I liked the article. AS a now retired law enforcement officer, from this Republic’s most populous state, I understand what Mr. Wilson is “saying” as well as inferring. I carry a loaded firearm on my person because I know how often “evil” rears its’ ugly head with no regard for societal norms or rules of behavior or for laws. While I scrupulously try to avoid conflict, even to the point of leaving(running) the scene(away), I do so with the full knowledge that “just because you CAN, doesn’t mean you SHOULD”. While I am not a formal firearms instructor, I have… Read more »

I prefer to think that when I carry a sidearm when in the US its NOT to kill other people, but to stop other people from killing me. Far too many people get confrontational when they are armed, but would not be as aggressive if they were unarmed. When I carry it is to ensure anyone wishing to do me harm is prevented from doing so.

This is where I was trying to go with my comments. There are far more folks out there who do not have professional experience with firearms to be reading this and taking the words literally. Whether its now, or in a WROL period, knowing when its time is difficult to determine. Taking a seemingly simplified approach can lead less experienced readers to specific and likely irrevocable decisions. I’m not trying to cut down the author. I just think the message needs to be refined a bit. For those with LEO and/or military experience, this message is right on point. Those… Read more »

I agree normally avoiding conflcit to a point.. I tend disagree with the article (not on the legal point though) that you “must not use excessive force against your attacker”. I say just the opposite, overwhelming force to kill your attacker, especially if there are multiple attackers. Use a tank or a m60 if you have to! If that is all you got, then that is the cards that were dealt. I would rather be alive and in courtroom then to be zipped up in body bag because I was worried about hurting criminal or what a judge would think… Read more »

My wife and I have just signed up for a pistol class. We are worried about the uptick in violence in our area and want to get concealed firearm licenses. I like your tip to train so that you get the right mindset and are not freak out if in a situation where you need it.