Editor’s Note: This post is another entry in the Prepper Writing Contest from MsD. If you have information for Preppers that you would like to share and possibly win a $300 Amazon Gift Card to purchase your own prepping supplies, enter today.

I was born and raised on the East Coast and my great grandpa was an Indian from the Wampanoag Tribe. We had a summer cottage which was his land on a lake, it was there that I began to learn about things coming from the land. We had no bathroom so we had an outhouse and we would bathe in the lake. I remember my grandmother would reach for the white flower like plant that grew along the side of the lake. When you wet it and rubbed it together it made lather and gave a sweet smell.

I remember her telling us if you want to eat, you better go catch your dinner. I learned to fish, learned to look for night crawlers by putting soap water under a rock and waiting for them to come above the soil. When we wanted something sweet to eat we would walk the blueberry patch with her. She also had a blackberry bush. Apples we would pick from the trees up the road. We cooked many meals on an open fire.

I know that if you have an ear infections my grandmother used to take the core of the onion and place it on the outside of the ear and all the gunk in your ear would come out. So much of what I learned early on has stayed with me. As I got older I learned from own Dad how to plant a garden and from my Mother how to can what we would grow so we would have food later. Canning today is so much easier they have better pans that don’t require pressurizing.

Our yard was full of dandelions and she made dandelion wine. 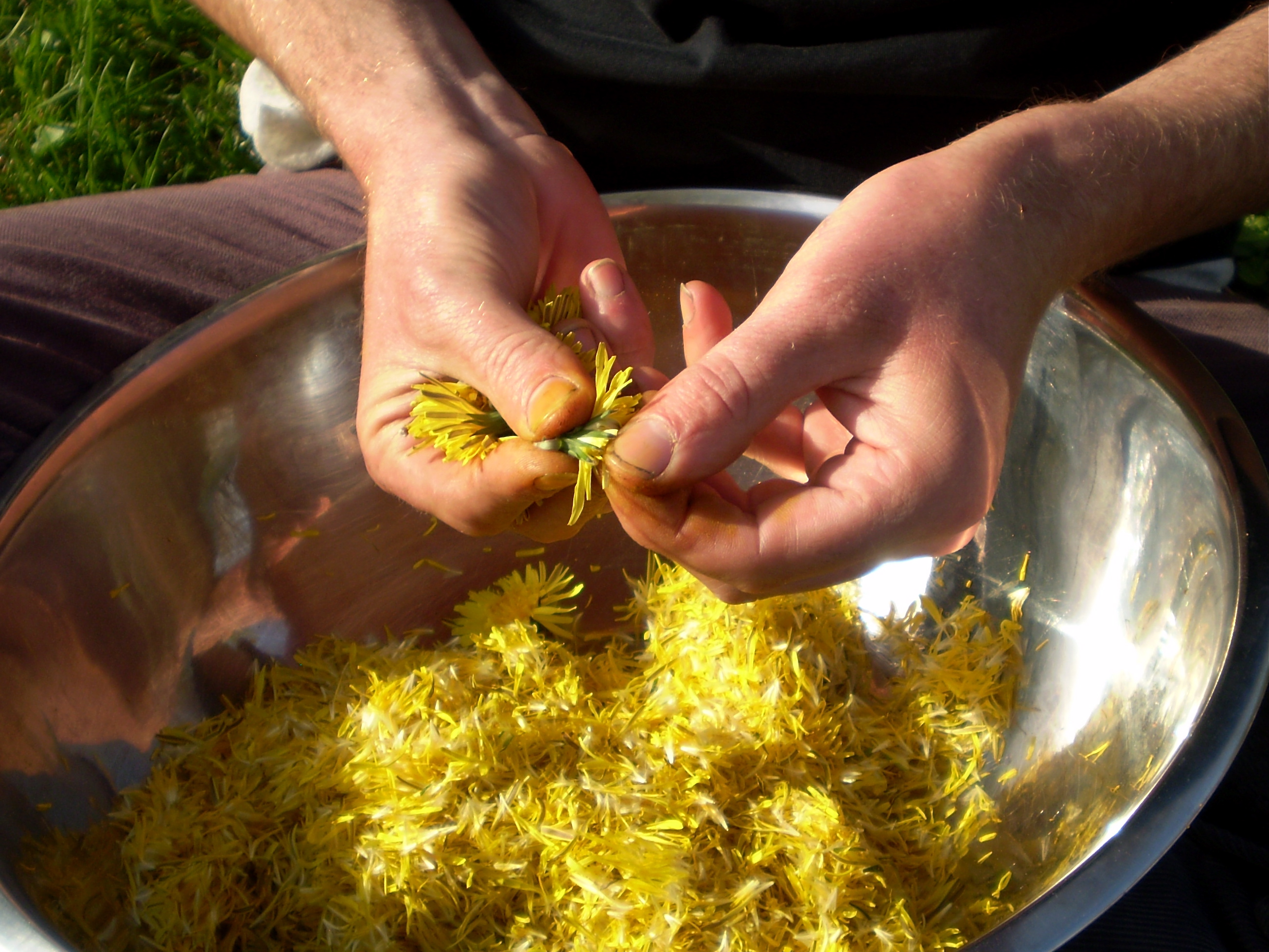 Removing the petals to make the wine.

As I have gotten older and started a family, I use coupons all the time and I am stockpiling so that my family has food later. I am stocking up to barter but most of the items I got free or for hardly anything. When couponing, I tell people do not get the frozen items, instead focus on the can goods that you can keep. I also recommend the freeze dried goods too because they have such a very long shelf life. Toilet paper, sanitary pads for females, over the counter medications for both children and adults. Every time you go to the store grab a gallon of water…Every time.

I hear and see everything that is going on. I trust no one. I am actually in the process of building hide a way walls and book cabinets with storage rooms behind them. A spare room bed that is actually containers holding items etc. I have an old fashioned pull out couch that has a storage area underneath it. I am a single Mom with one teenager so I took lessons on how to use a firearm. I already am a skilled Nurse. But I cannot afford a bug out retreat so I have to make my house safe. Although I do have a bug out bag ready to grab and go if needed. I also have one in my car. 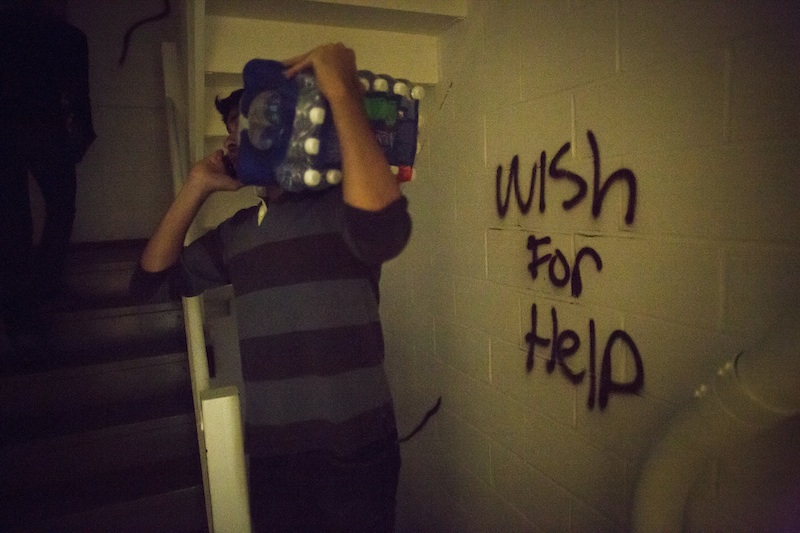 Volunteers carry water, food, and other supplies up darkened stairwells at the Sand Castle houses to assist residents who continue to live without power in the Far Rockaways section of the Queens borough of New York, Saturday, Nov. 10, 2012. Despite power returning to many neighborhoods in the metropolitan area, residents of the Far Rockaways continue to live without power and heat due to damage caused by Superstorm Sandy.(AP Photo/John Minchillo)

When your own government of FEMA and Homeland security is telling you to be Prepared for 72 hours you should listen. I lived through Hurricane Andrew and it was horrible in Country Walk. No one was there for at least a week or longer. We were 2 hours away from a direct hit and we had no power, no water for over a week. No one came to our area and we had to take care of ourselves because we not directly hit by the storm even though we had some of the same results. So the stores were closed because they had no power. Highways were jammed because no one had gas . It was total devastation. No one was able to access their money. Banks we closed because we had no electricity.

If I can tell anyone anything is you need to be prepared. Keep Cash on hand. Make sure your address is correct on your ID because if its wrong and they have restricted access, you won’t be able to get back in. I know it happened to me. Get extra ID and SS card with birth your certificate. Make sure important documents are planned for if you have to leave your home in an emergency. So many things the government will ask you for if need help and you have to have them or you are turned away.

I know the food trucks do not come to the stores. So for those of you who have children and babies stock up on canned formula, powder will not be as easy especially if you do have a supply of clean water. If you are on any kind of special medication try to get a few months supply. As for samples and put the aside. I would encourage everyone to read up ask questions and be prepared.

Keep your family close and strong.

Very good article but maybe do at least two longer ones? Prepping alone with a teenager and what happened over each of the 7 days

i saw a lady yesterday at store almost shaved off 20 dollars on her bill with coupons… more power to you! usually by the time i remember to use them they are expired.. lol i lost power for a week in our ice storm some years back, had to drive hr. to get generator at Lowes. THere was a PD officer there getting 5 for their police station.. I amway more prepared now than back then but taking it step by step..!

Single mom as well. With the recent attacks in NJ, NY, and MN its making me grateful for my water supply and canned goods. Also my firearms and brass knuckles lol. I look forward to reading articles from a mom’s perspective. I am also in nursing school but i have signed up for an EMT course at our local community college to gain extra knowledge. I have to force myself to coupon. Its hard but rewarding. How did you make it after hurricane? Were you prepping then?

I would like to just see a longer article about your life as a child with your grandparents. I love accounts of history and specific groups, such as American tribe life first hand. Lovely. Thanks for sharing such a truly real piece of yourself.

That would be so interesting, please consider. Connie